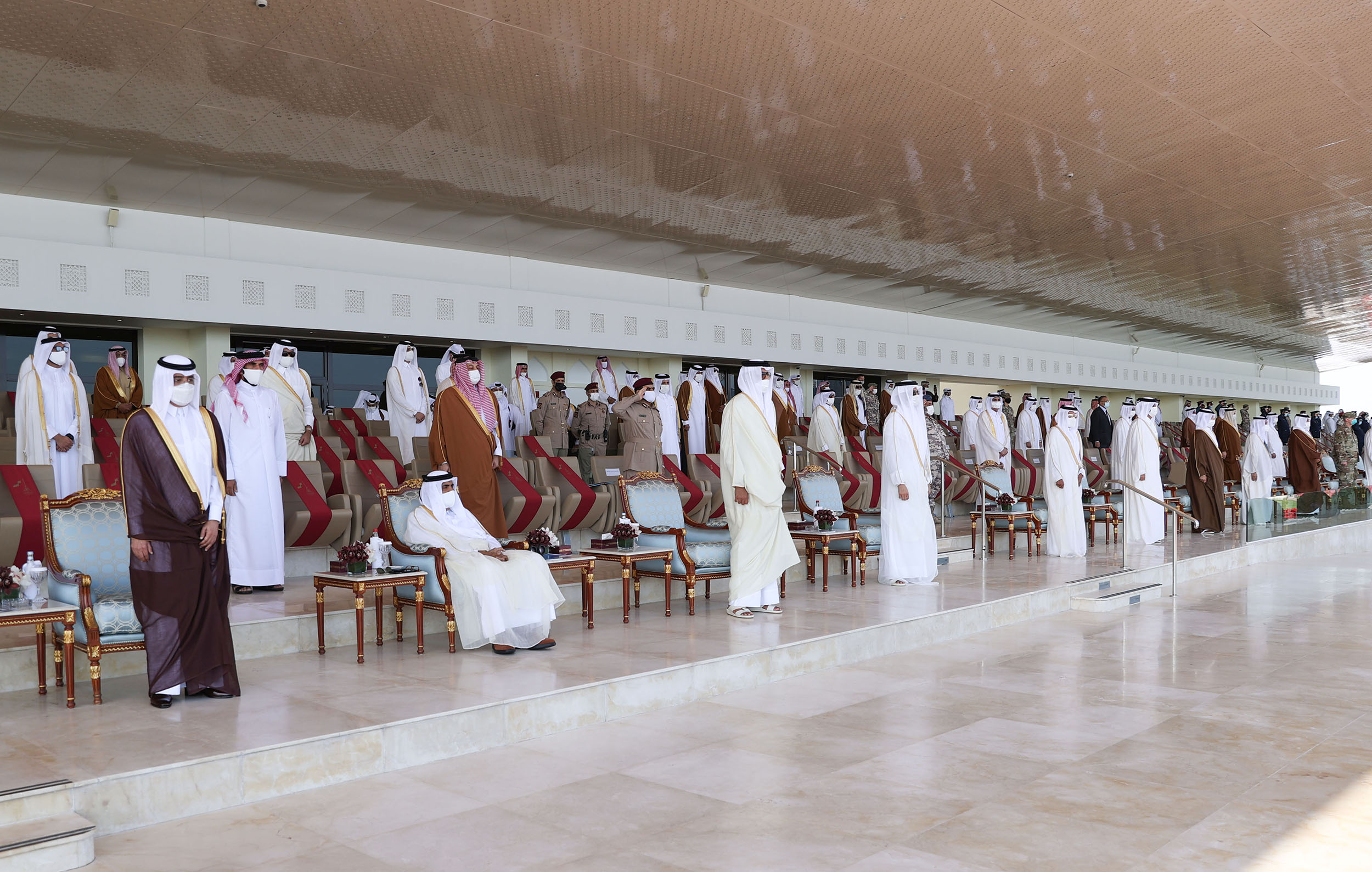 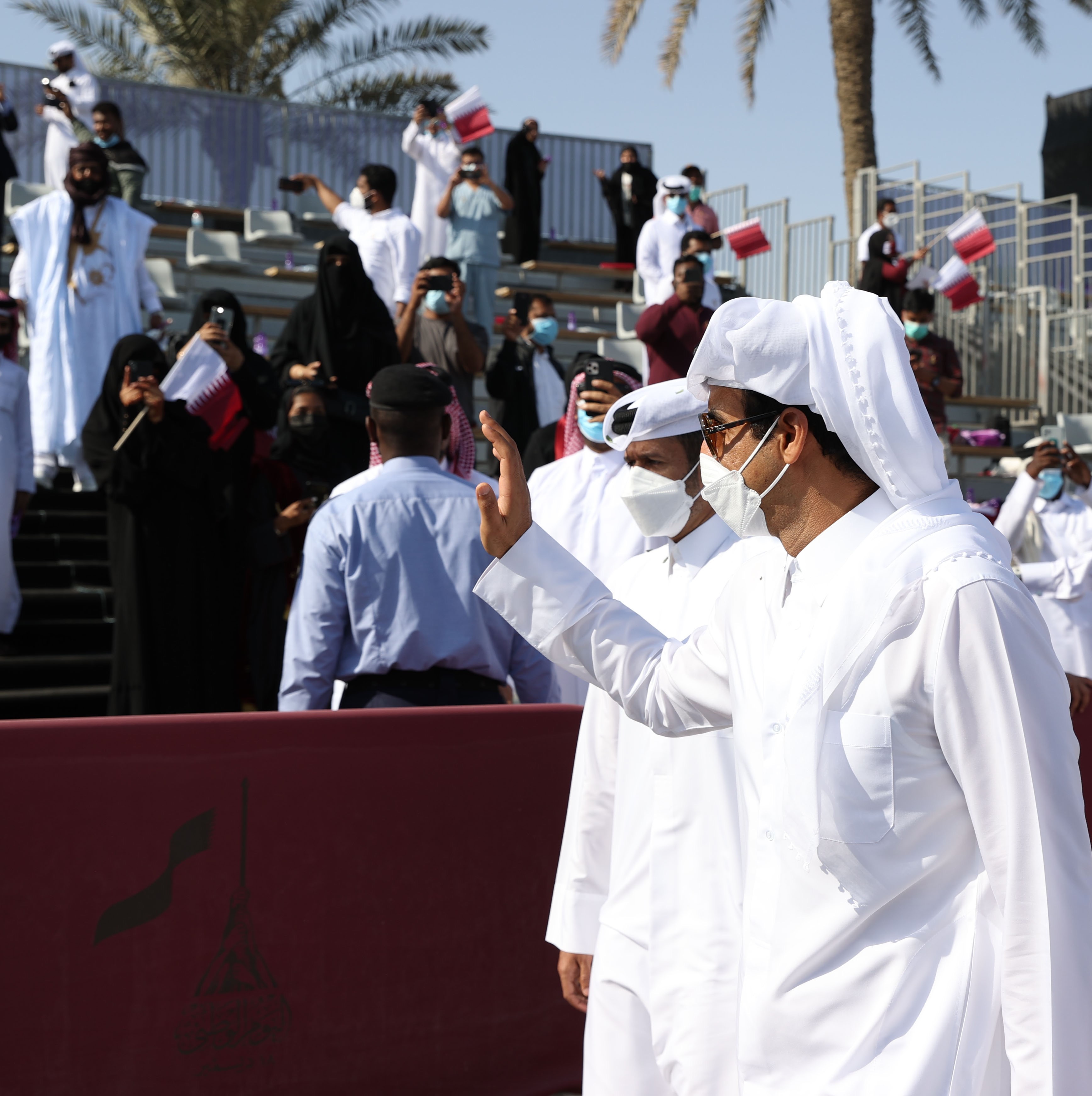 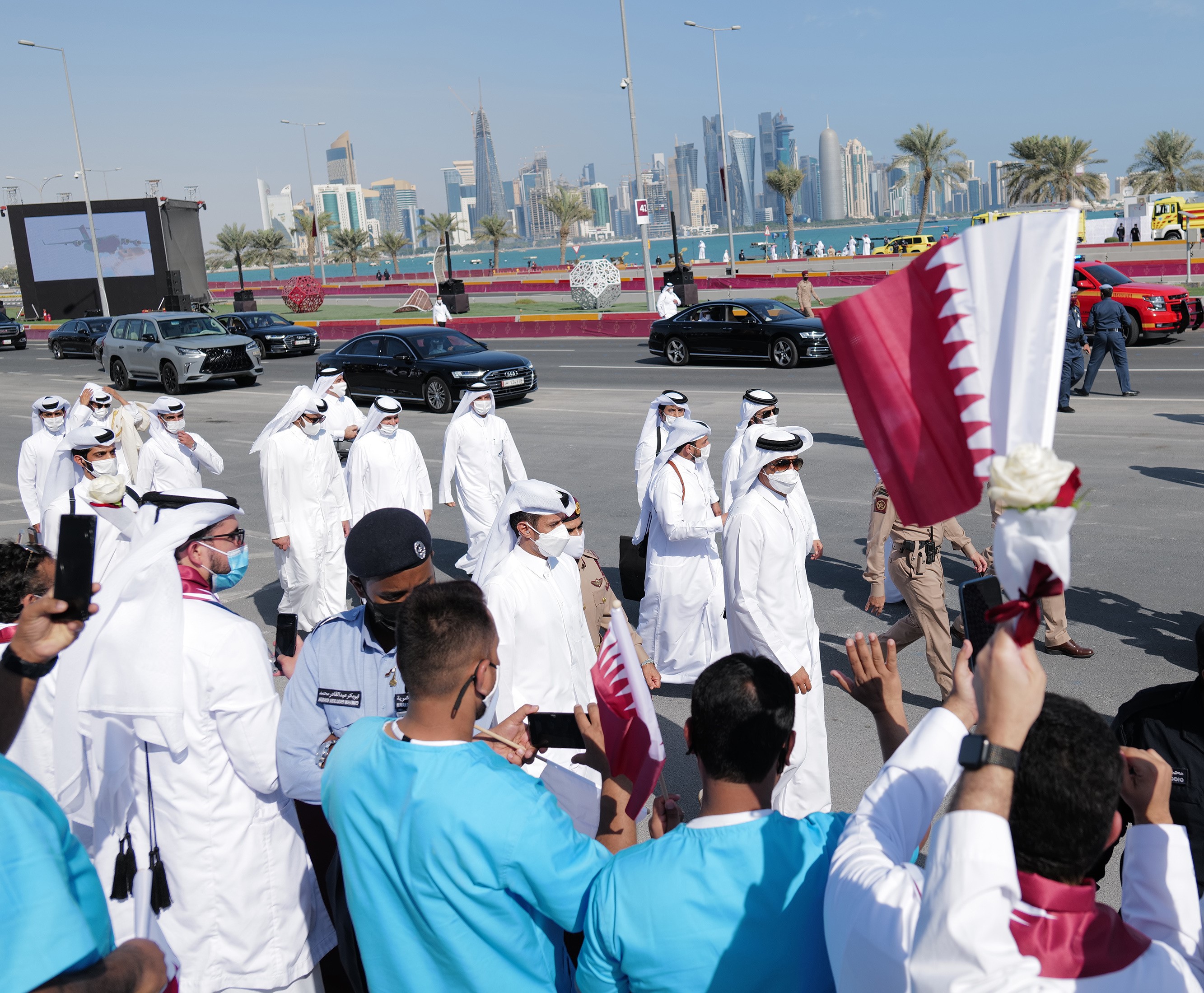 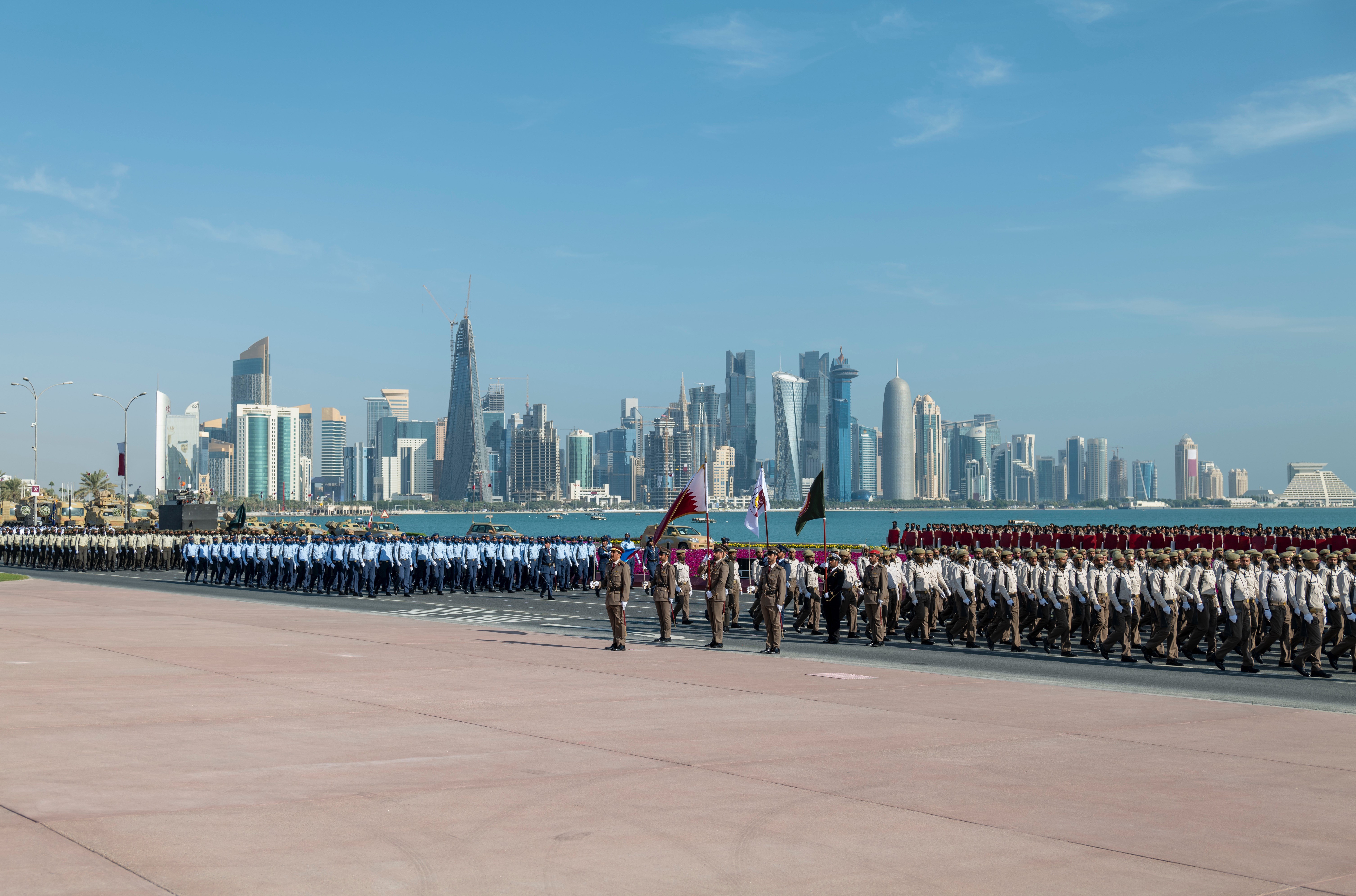 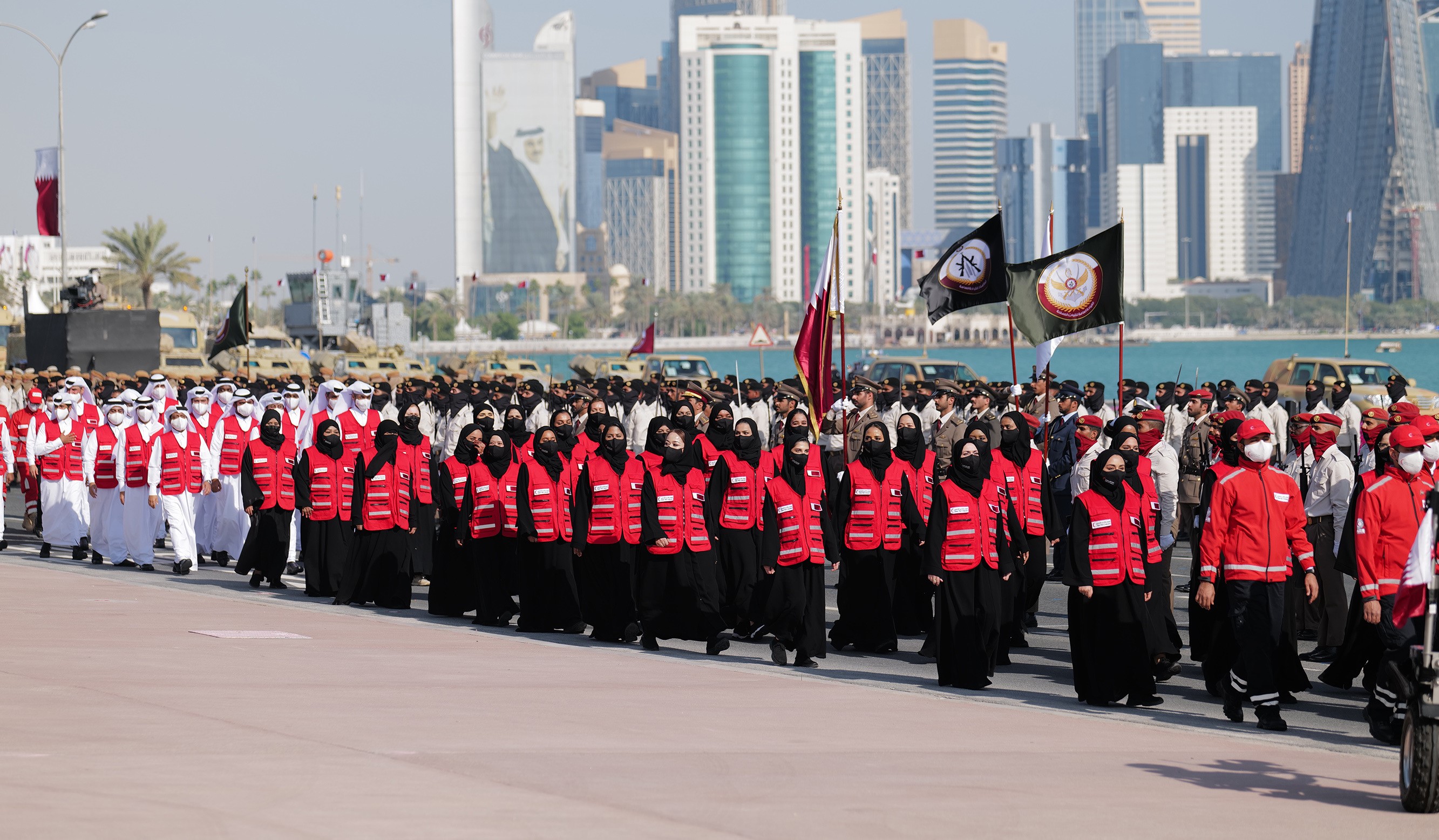 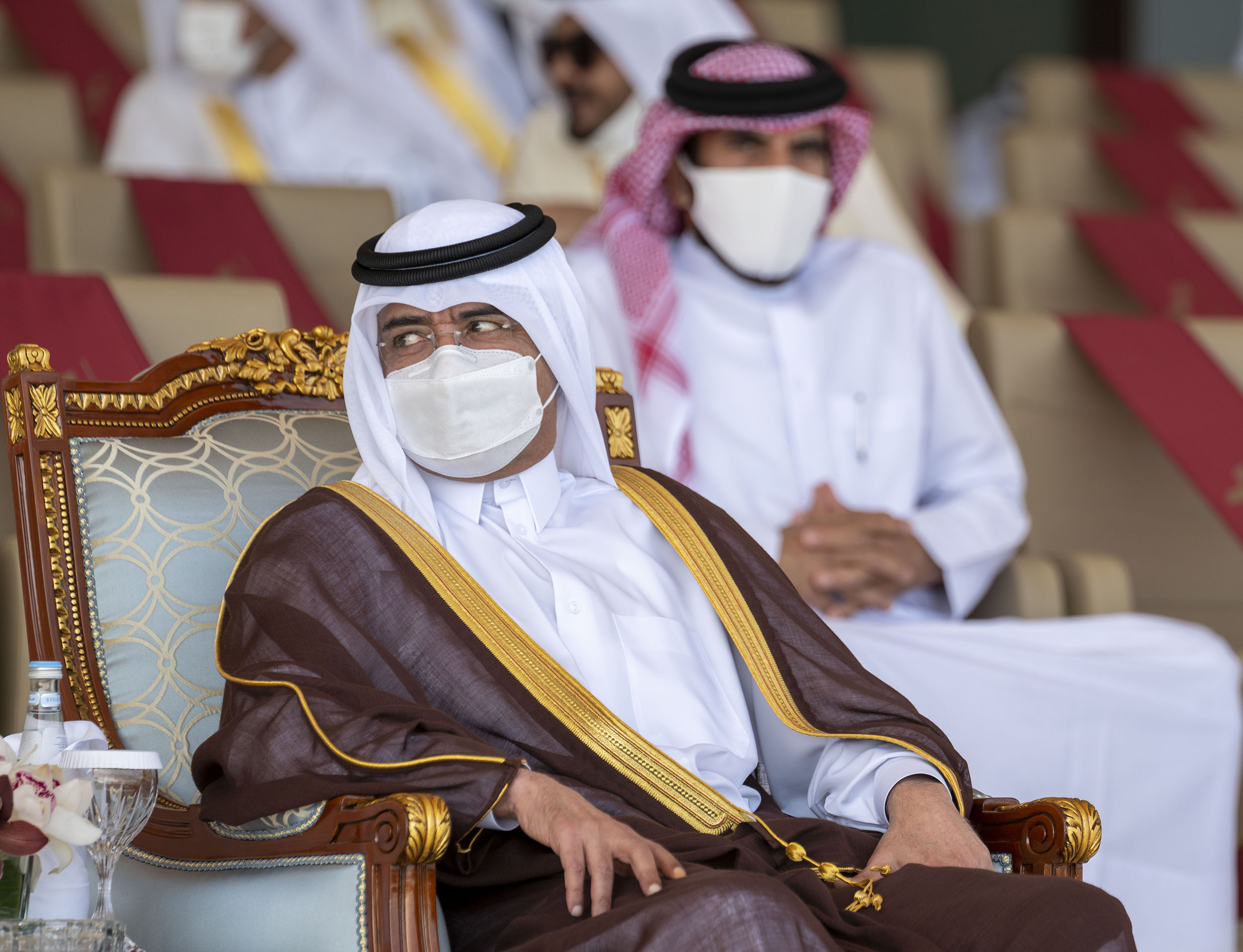 His Highness The Amir Sheikh Tamim bin Hamad Al Thani attended the 2020 National Day Parade, which was held on Friday morning on Doha Corniche amid precautionary and preventative measures imposed by the Coronavirus (Covid-19) this year.

It was also attended by a number of branch and unit commanders, senior officers of the Armed Forces and the Ministry of Interior, in addition to notables, families of the health sector, and participating parties.

Following the National Anthem and the firing of 18-shot gun salute to celebrate Qatar National Day, the national parade started with the entry of the White Army consisting of doctors, nurses, Qatar Red Crescent Society employees and volunteers who cooperated with the health sector during the fight against the outbreak of the Coronavirus (Covid-19) pandemic, as the armed forces sang a song poem in appreciation of their efforts to address this pandemic.

Then, the teams of the Ministry of Interior and Civil Defense started their show with a line of facilities security vehicles; military police, rescue police department (Al Fazaa); followed by the parade of internal security force (Lekhwiya), and a show of the armed forces' armored vehicles, tanks, air defense systems, military police vehicles, anti-terrorism vehicles, military communications systems and electronic warfare in addition to a naval show featuring Amiri naval forces' vessels in addition to warships and speed boats that are equipped with the latest defense systems.