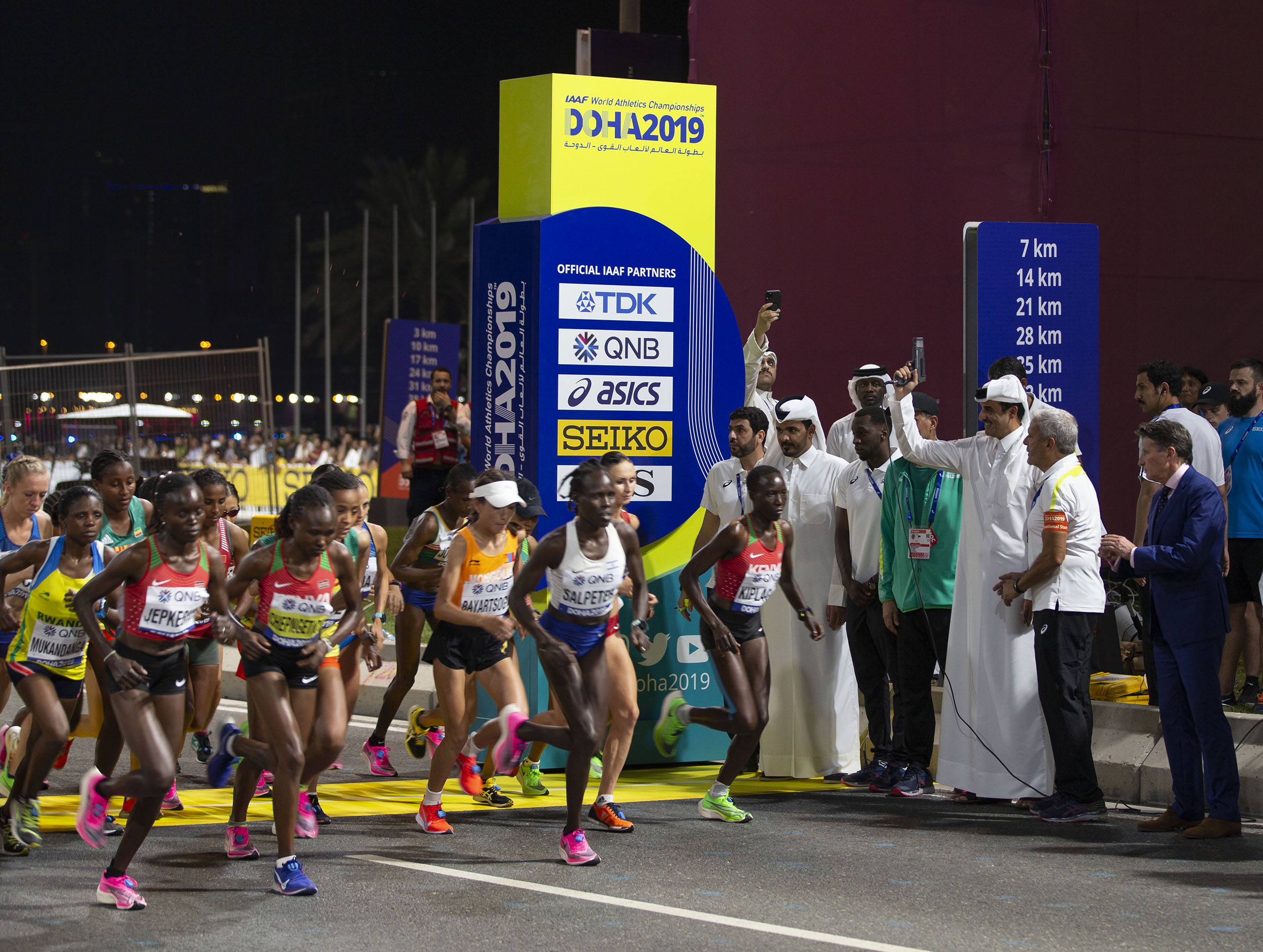 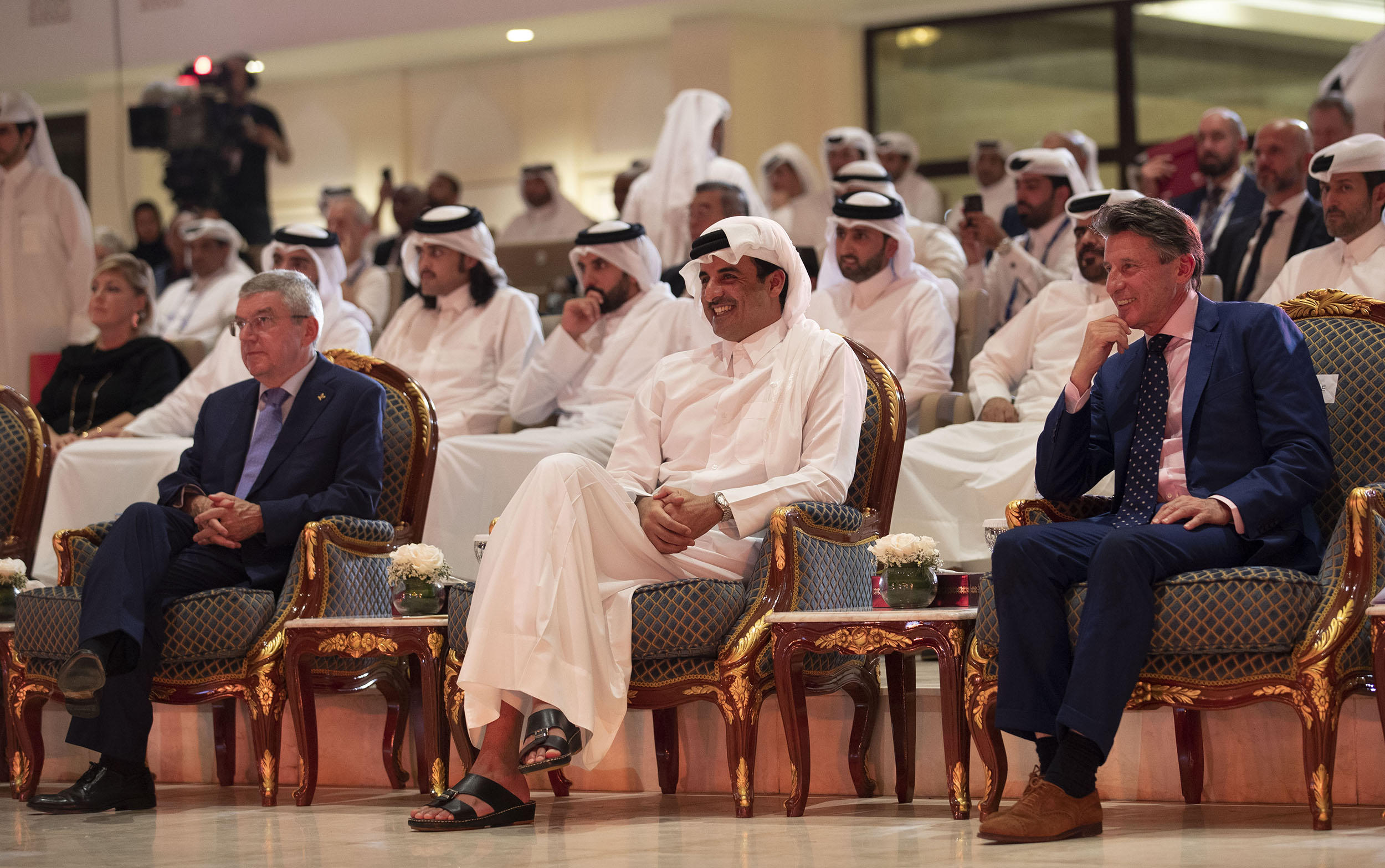 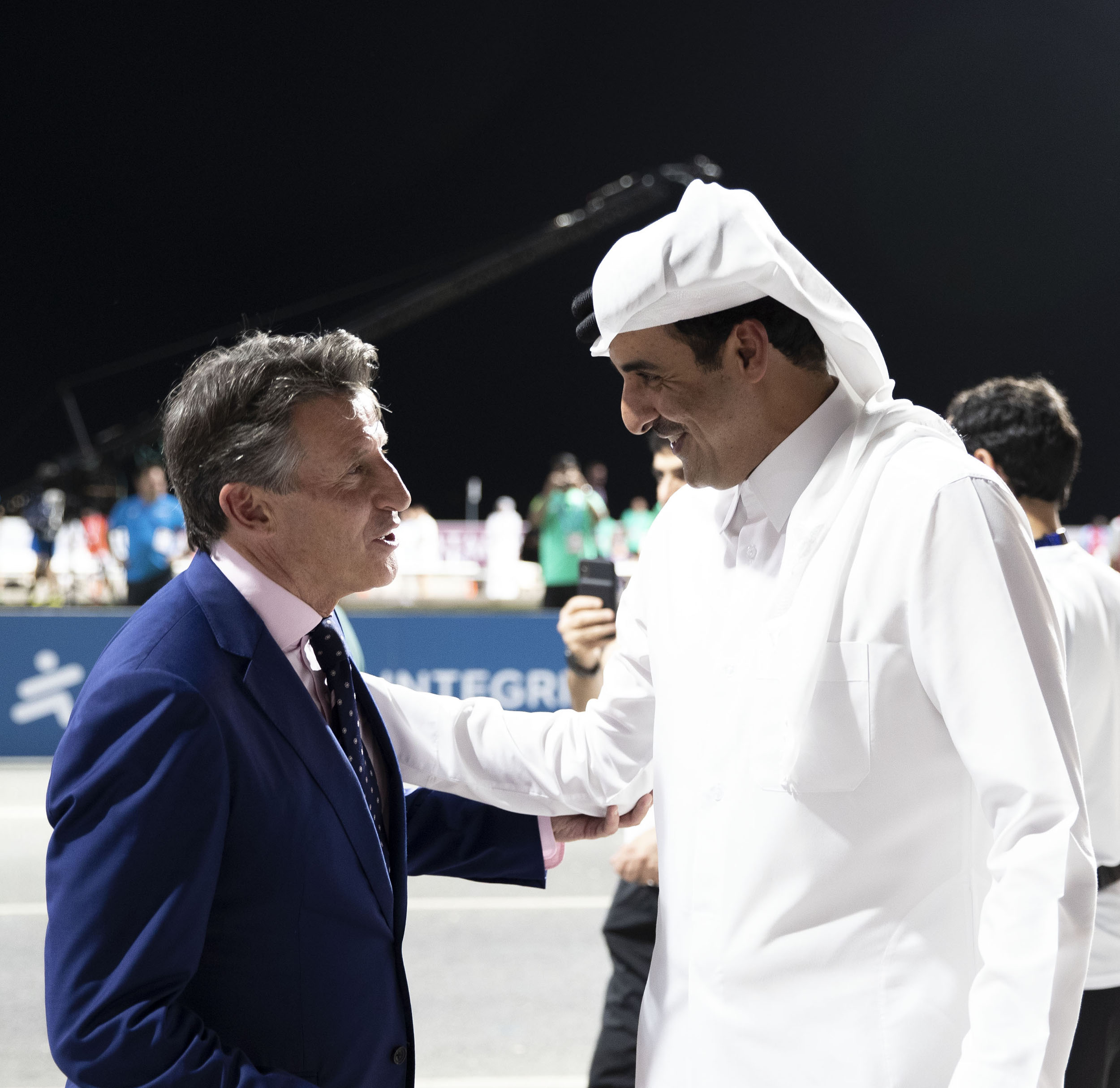 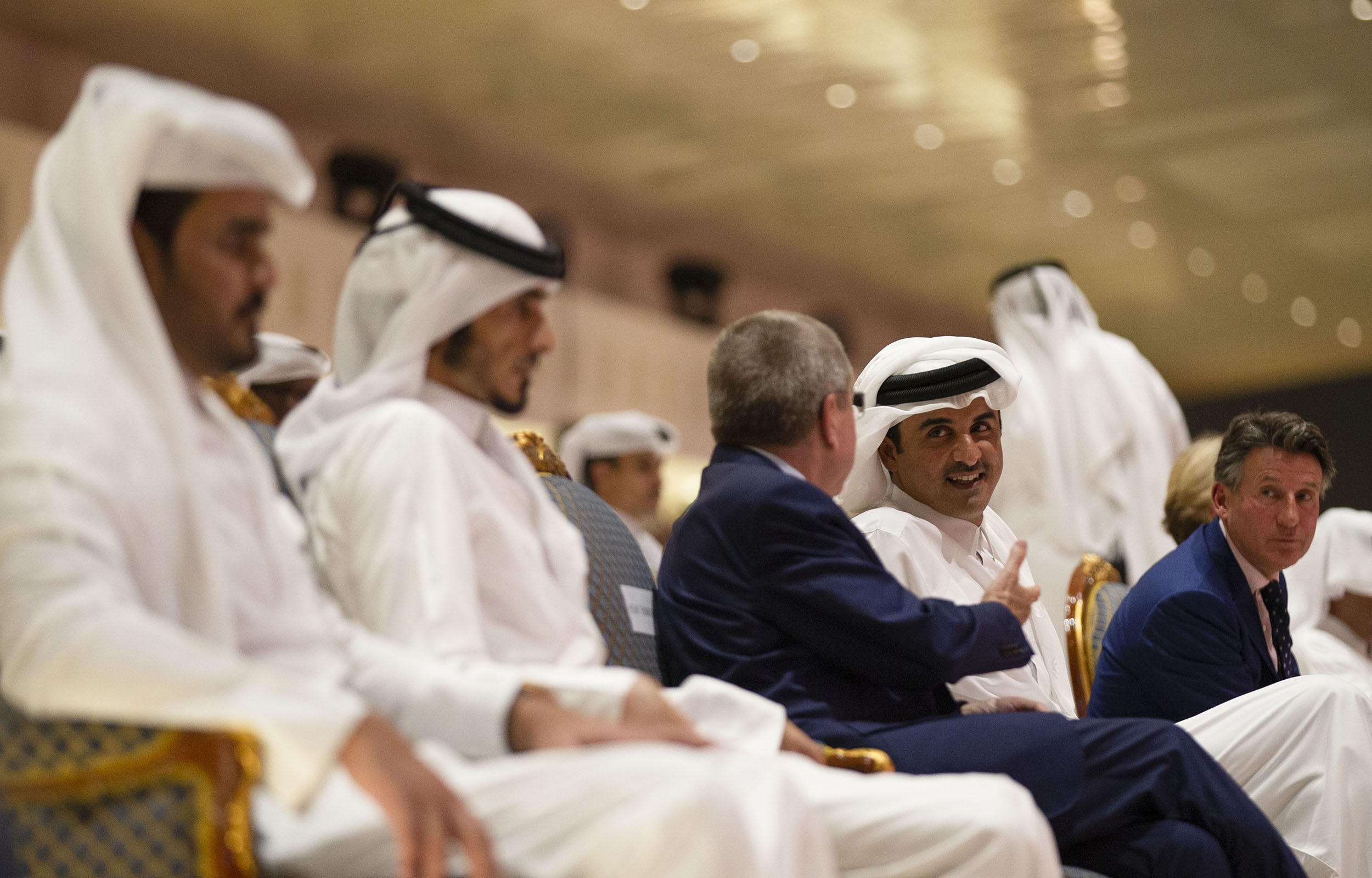 The opening ceremony of 17th edition of the IAAF World Athletics Championships was attended by HH Personal Representative of The Amir Sheikh Jassim bin Hamad Al Thani, HE Sheikh Jassim bin Khalifa Al Thani and a number of Their Excellencies Sheikhs and Ministers.

The ceremony was also attended by HE President of the International Olympic Committee (IOC) Dr. Thomas Bach, members of the IOC, HE President of the International Association of Athletics Federations (IAAF) Lord Sebastian Coe, members of the IAAF, and a number of Olympic and sport figures, Their Excellencies heads of diplomatic missions accredited to Qatar and senior officials and guests of the tournament.

Then, HH The Amir announced the kick off of the women's marathon.