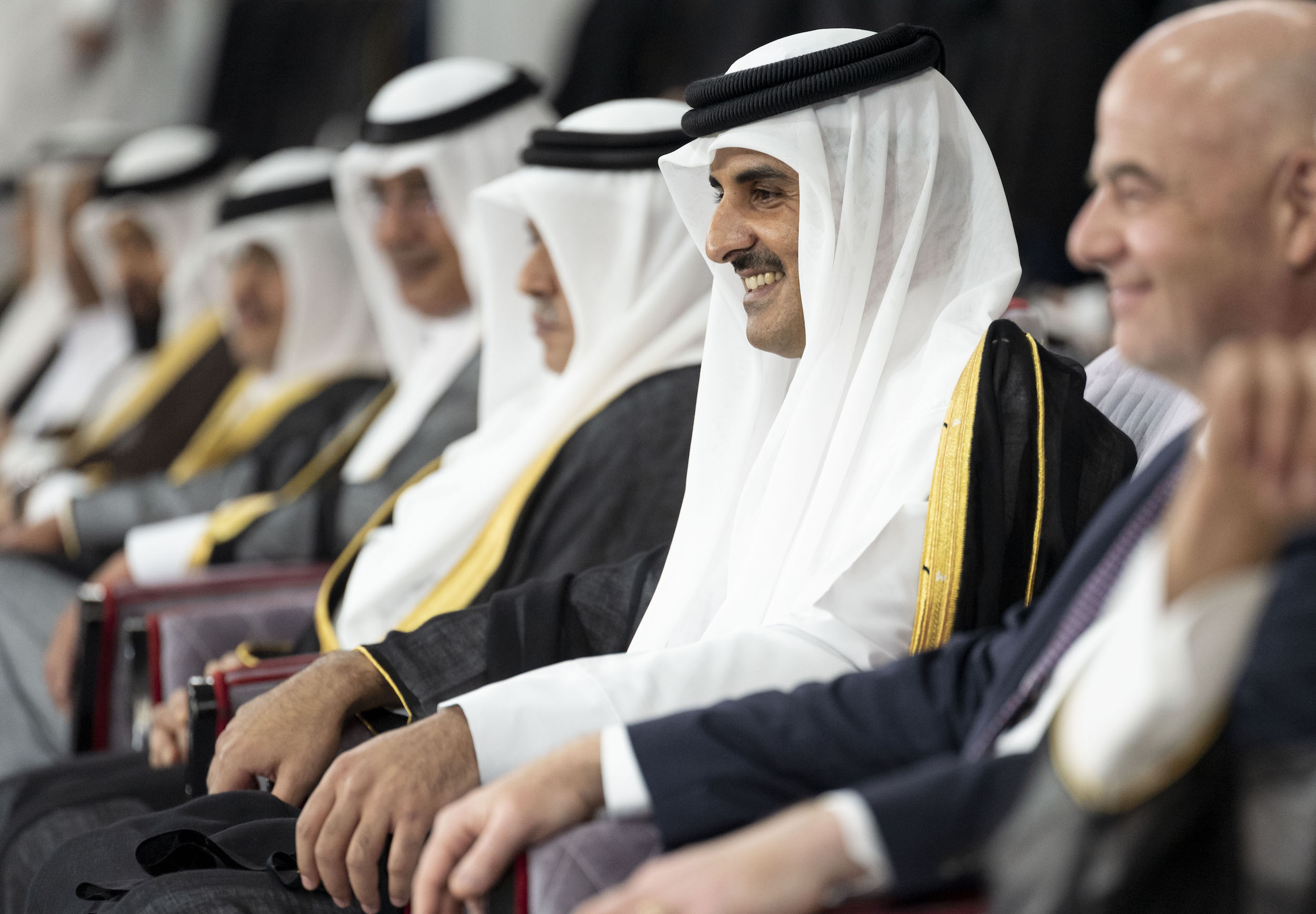 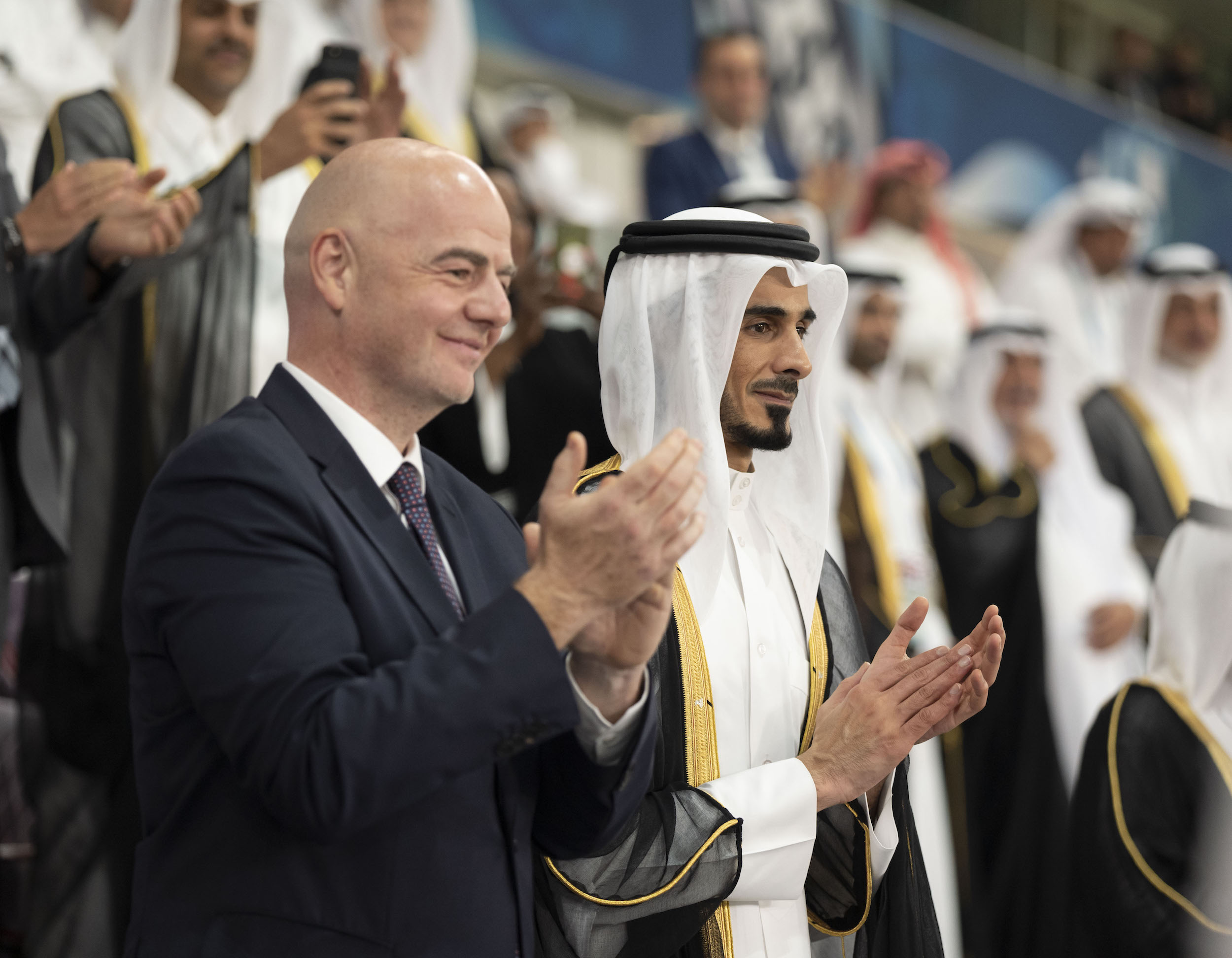 HH The Amir honored the players of Al Duhail Sports Club with the Cup and presented them with gold medals and presented Al Sadd players with silver medals.