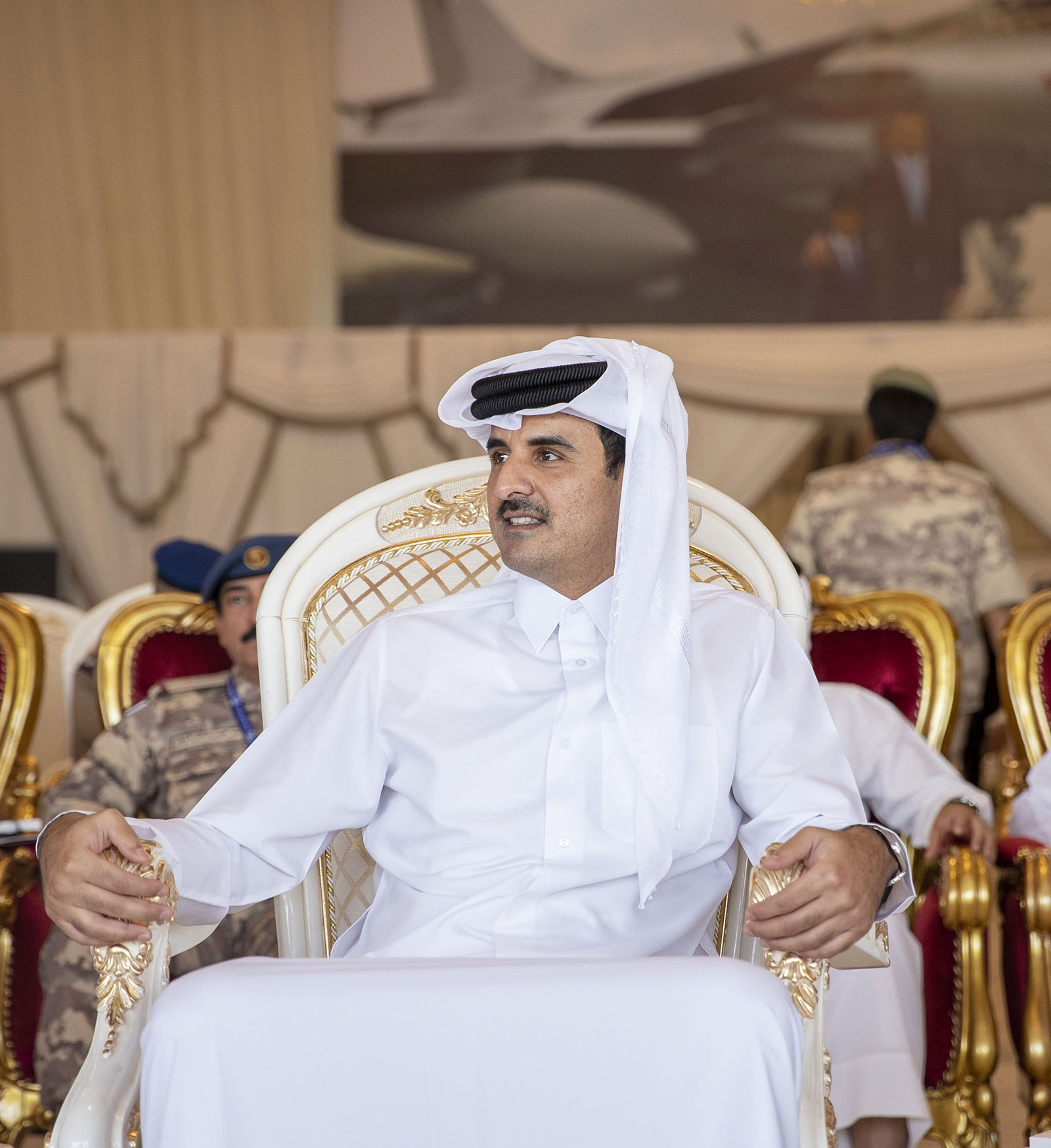 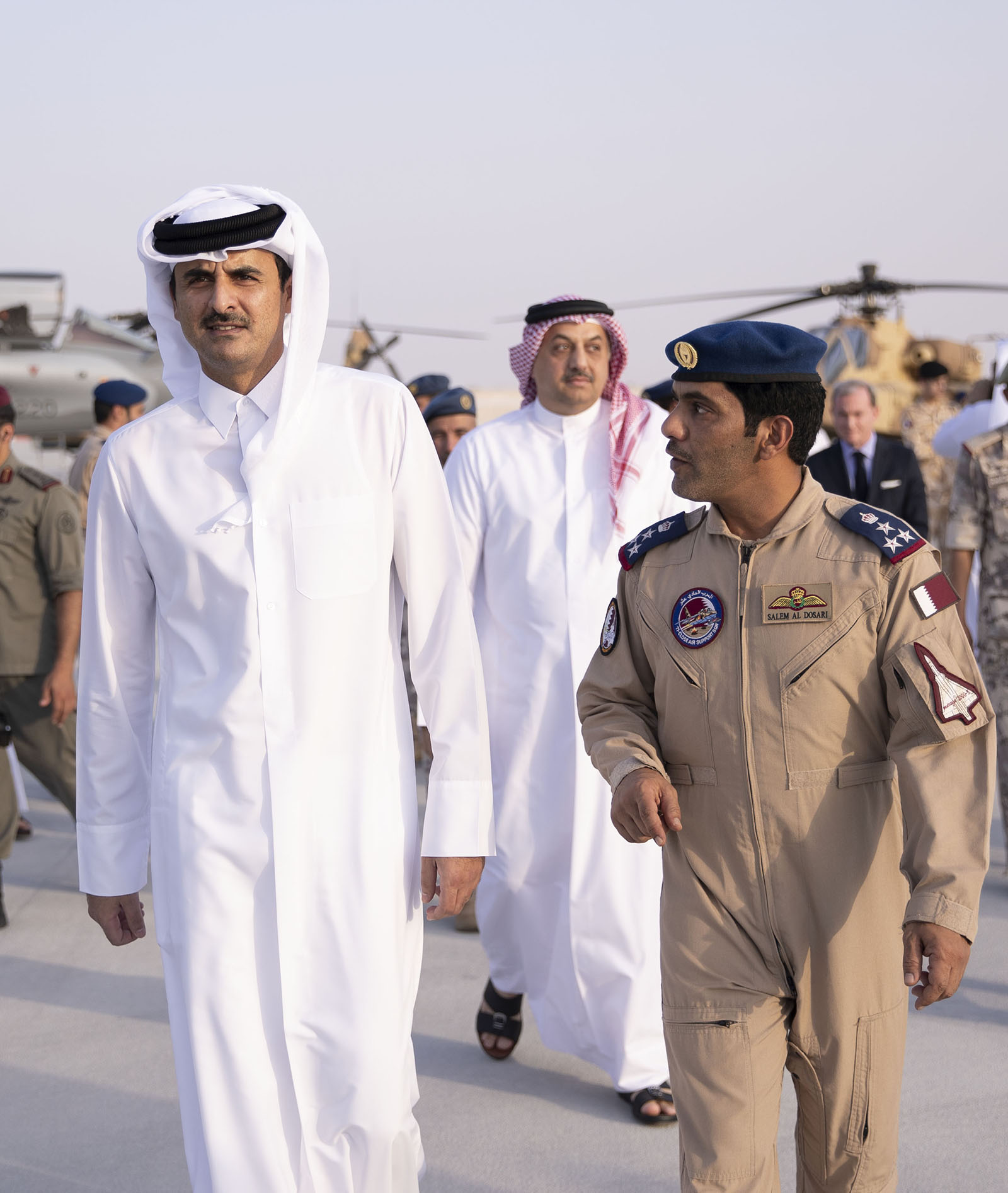 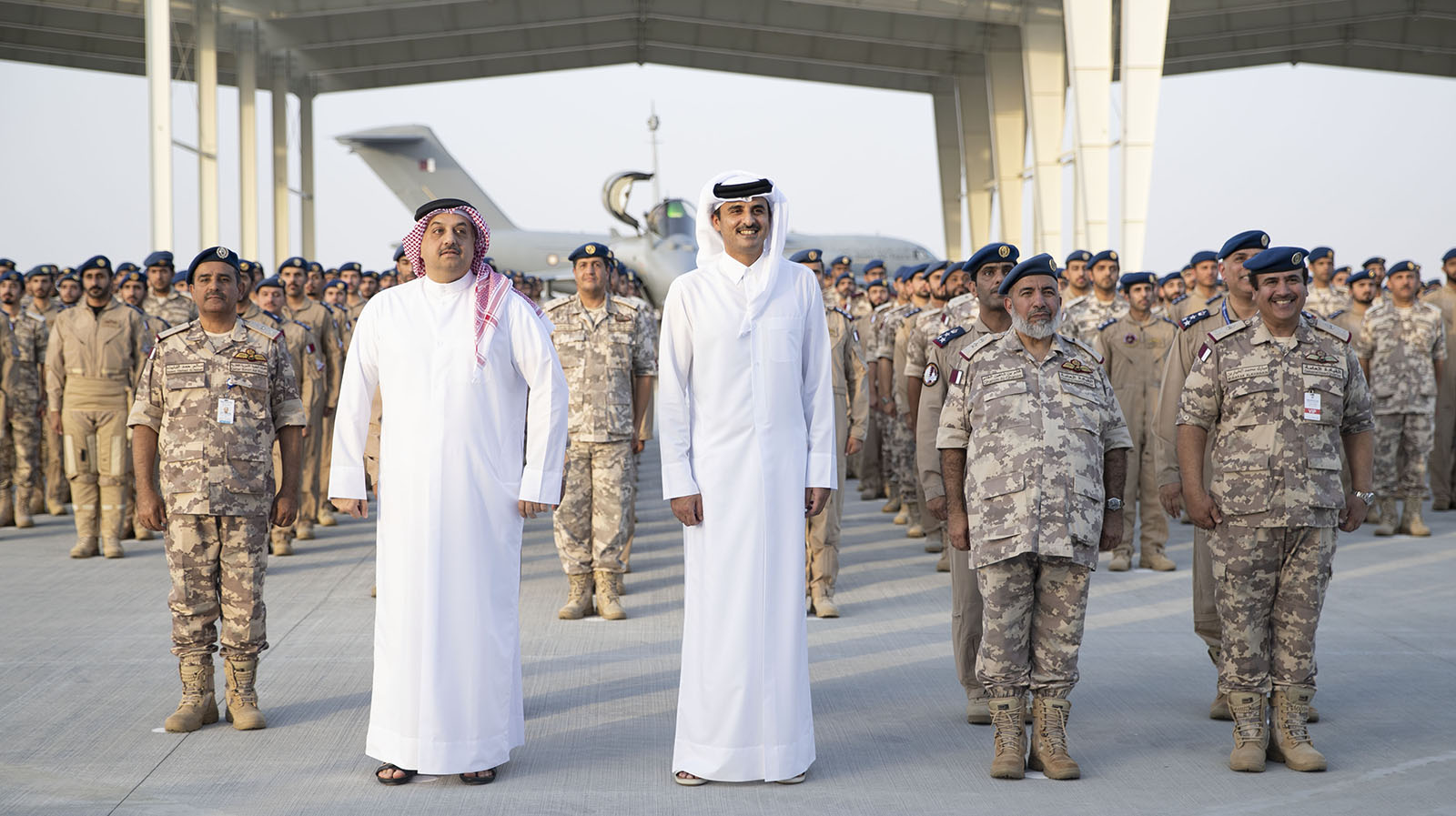 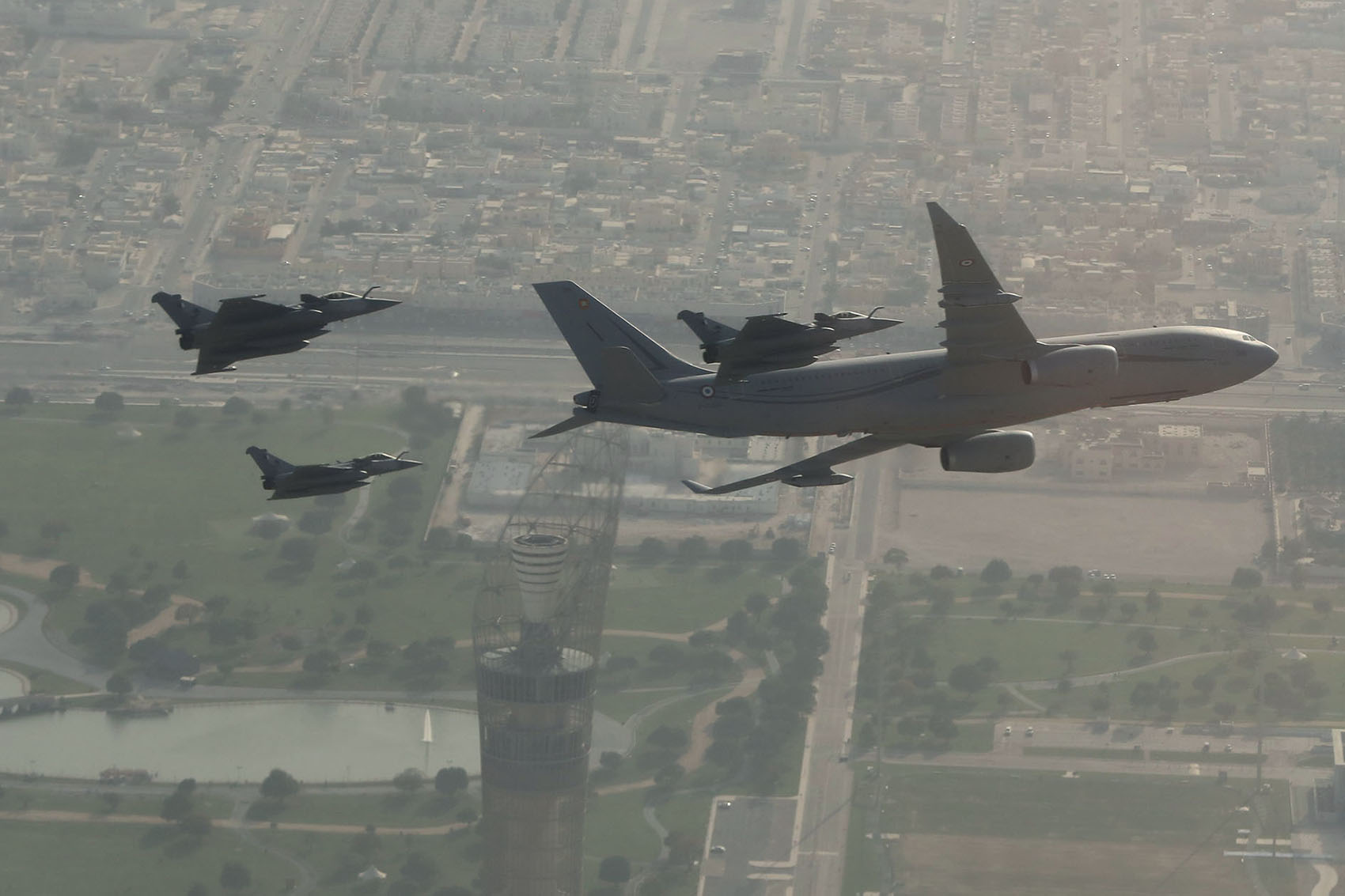 His Highness The Amir Sheikh Tamim bin Hamad Al Thani, the Commander-in-Chief of the Armed Forces, attended the reception ceremony of officers, noncommissioned officers and members of the Rafale fighters squadron of the Qatari Amiri Air Forces, coming from the French Republic aboard the first regiment of the Qatari Rafale fighter squadron (Al Adiyat), which is being received by the State of Qatar on Wednesday in implementation of the deal concluded in May 2015 with French company Dassault Aviation SA.

HH The Amir witnessed a live air show of the Rafale aircraft carried out by the Pilots of Qatar Amiri Air Forces upon arrival at Dukhan Air Base this afternoon. His Highness also toured the base, welcoming the arriving pilots, and inspecting the squadron of Al Adiyat. HH The Amir was accompanied by HE Deputy Prime Minister and Minister of State for Defense Affairs Dr. Khalid bin Mohamed Al Attiyah, HE Chief of Staff of Qatari Armed Forces Lieutenant General (Pilot) Ghanem bin Shaheen Al Ghanim, Commander of Qatari Amiri Air Force Major General (Pilot) Salem Hamad Al Nabet, Commander of the Dukhan Air Base and the officer of the Rafale aircraft project Brigadier General Salim Abdullah Al Dosari. His Highness was briefed on the base and the most prominent operations and the combat and offensive capabilities of Al Adiyat squadron.

During the ceremony, Commander of Qatari Amiri Air Force Major General (Pilot) Salem Hamad Al Nabet, and Commander of the Dukhan Air Base and the officer of the Rafale aircraft project Brigadier General Salim Abdullah Al Dosari delivered statements on the occasion.

The senior officers of the Qatar Armed Forces and the Amiri Air Force, HE Chairman and Chief Executive Officer of French company Dassault Eric Trappier, HE Ambassador of the French Republic to the State of Qatar Franck Gellet, and Representative of the Executive Director of French company MBDA Jean Luc Lamothe attended the ceremony.