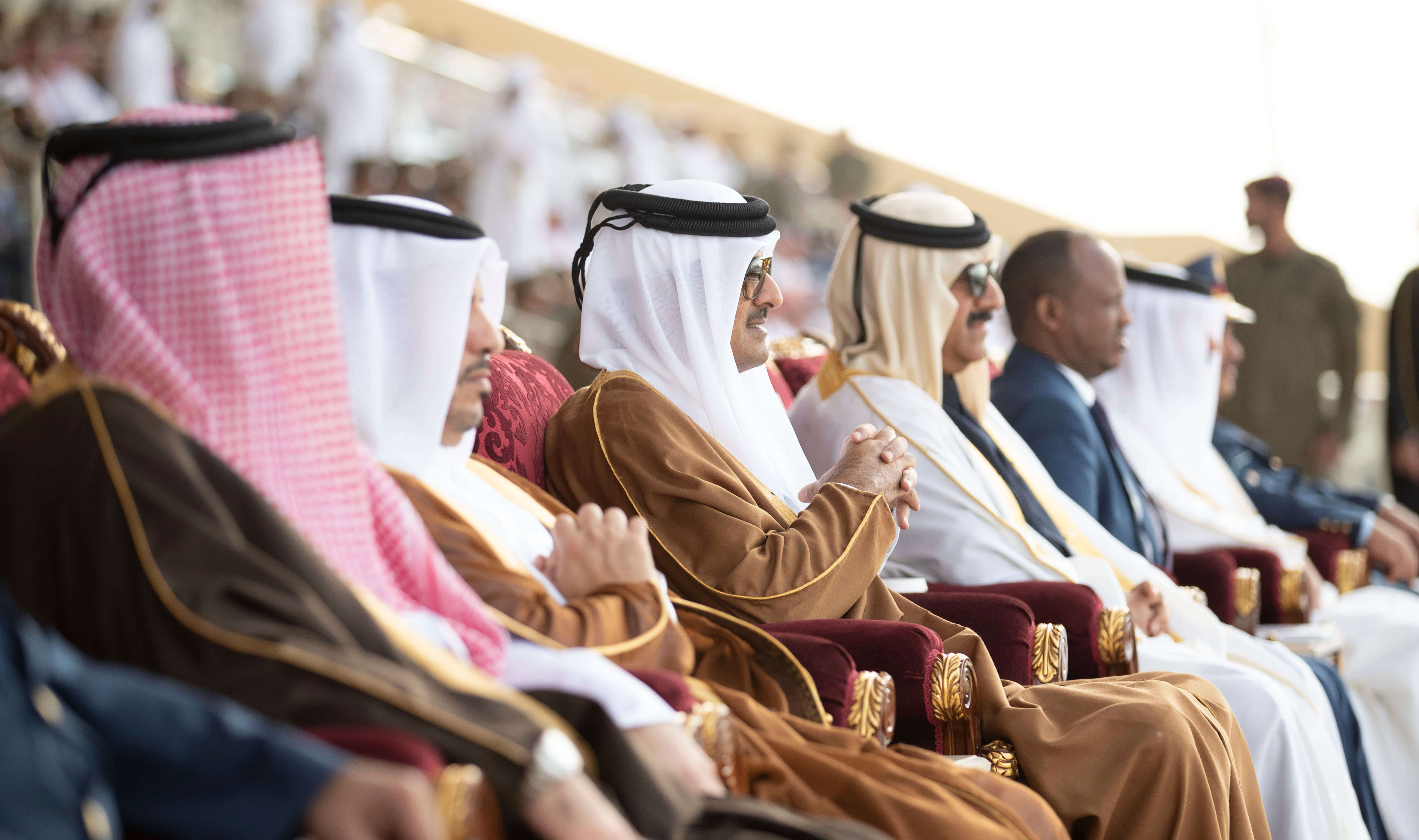 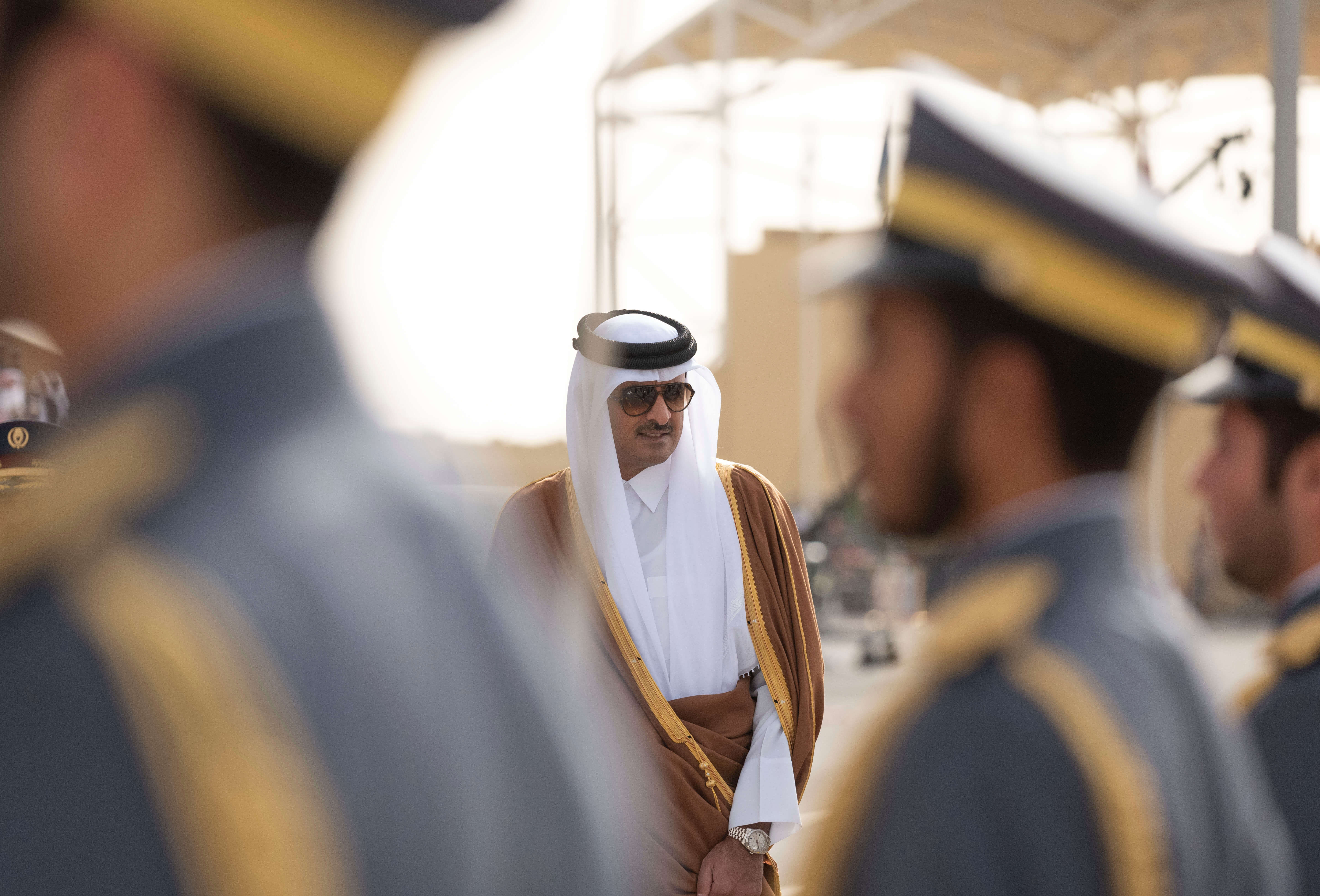 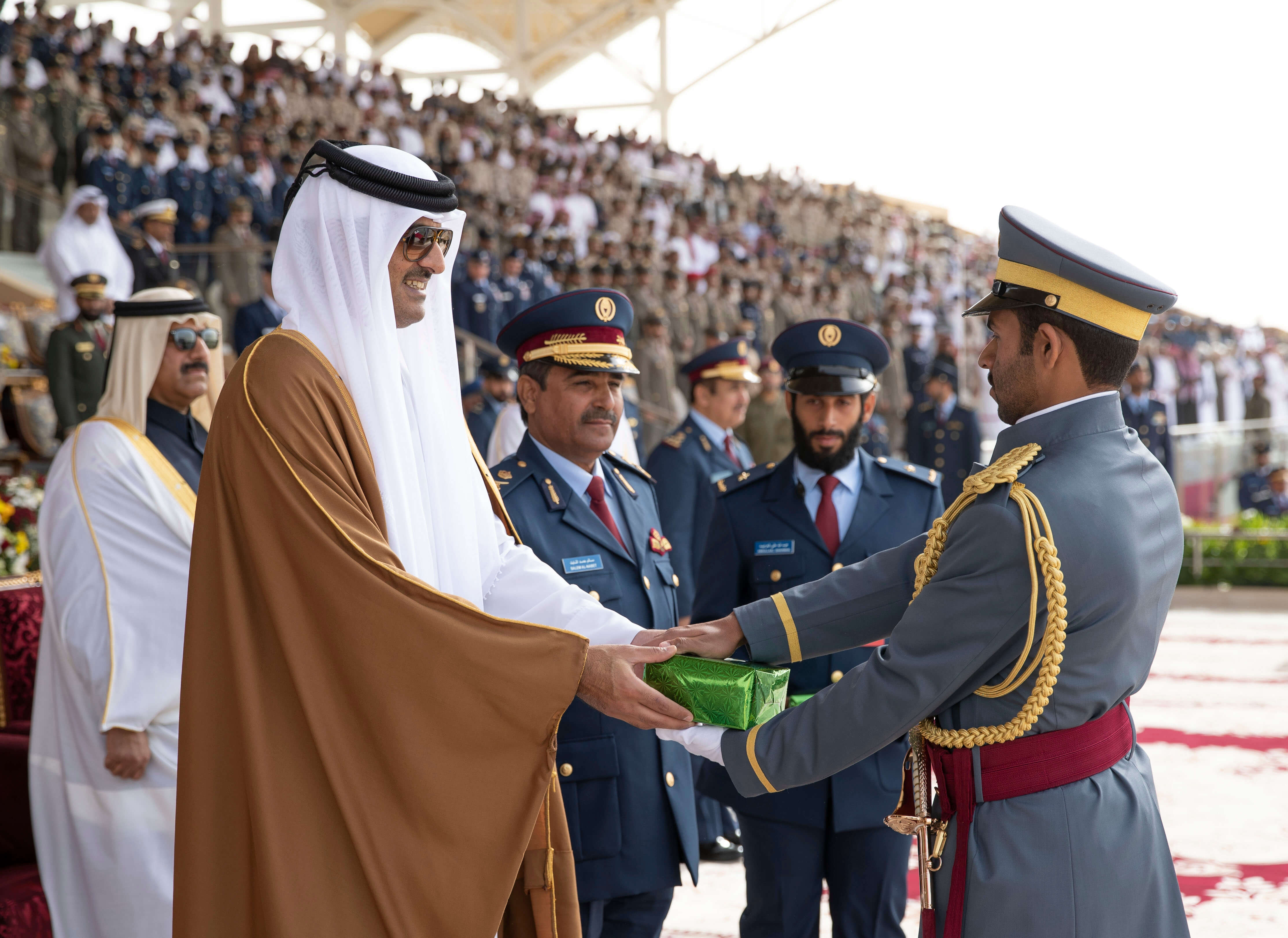 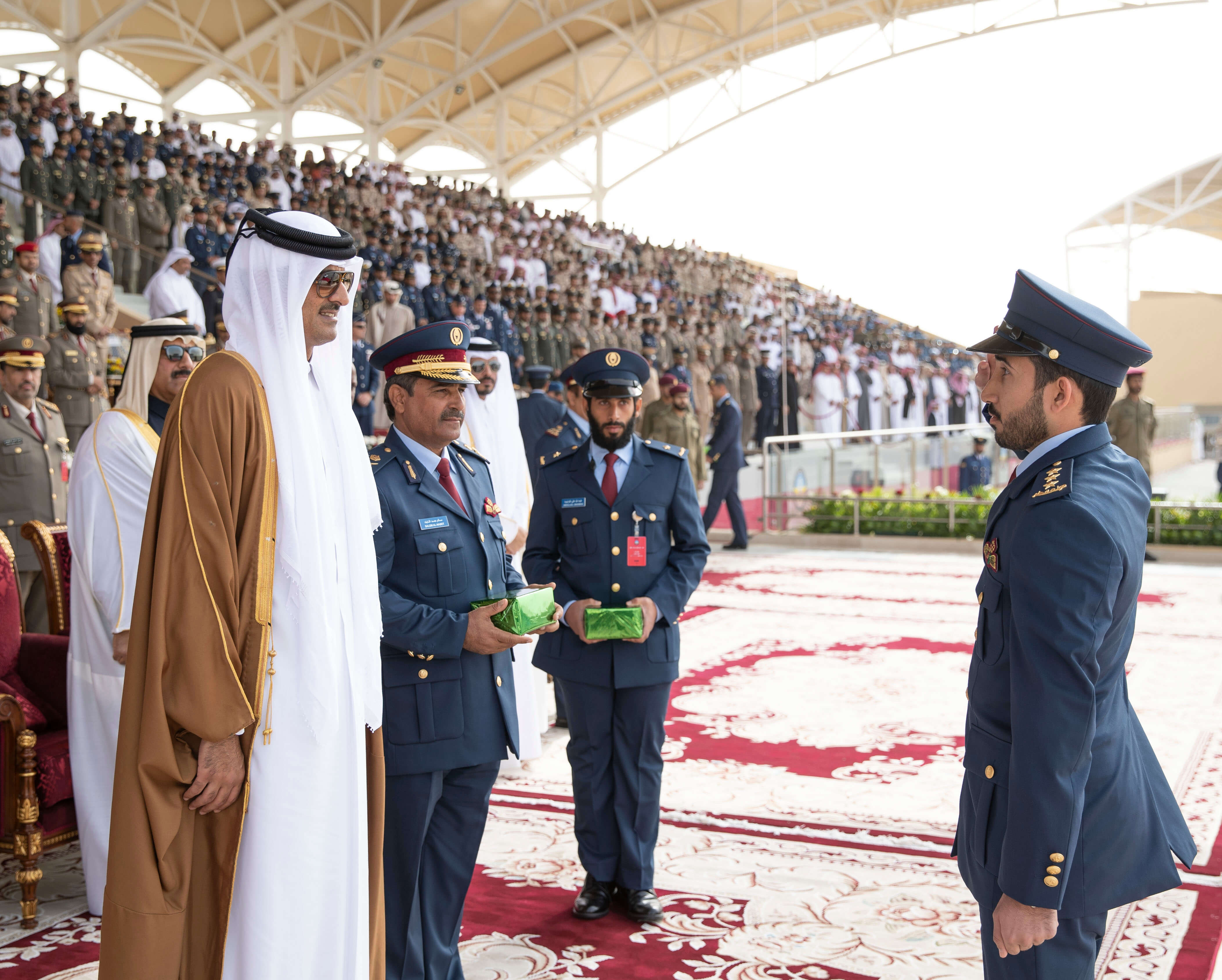 His Highness The Amir Sheikh Tamim bin Hamad Al Thani attended the graduation ceremony of the 6th batch of students (pilots), 82 graduates from the State of Qatar and the State of Kuwait, belonging to Al Zaeem Mohamed Bin Abdullah Al Attiyah Air College, at the college on Wednesday morning.

On the occasion, College Commander Brigadier (Pilot) Salim Hamad Al Nabit gave an address expressing gratitude to HH The Amir for his care and attention and that of the State’s officials towards the college. He also voiced the pride of the college in graduating the 6th batch of pilots and other supporting air disciplines.

The graduation ceremony was attended by HE Sheikh Abdullah bin Nasser bin Khalifa Al Thani, Prime Minister and Minister of Interior, HE Hassan Ali Mohammed, Minister of Defense of the Federal Republic of Somalia, a number of ministers and senior officers of the Ministry of Defense , military leaders of security colleges from friendly and brotherly countries, as well as guests of the ceremony and parents of graduates.