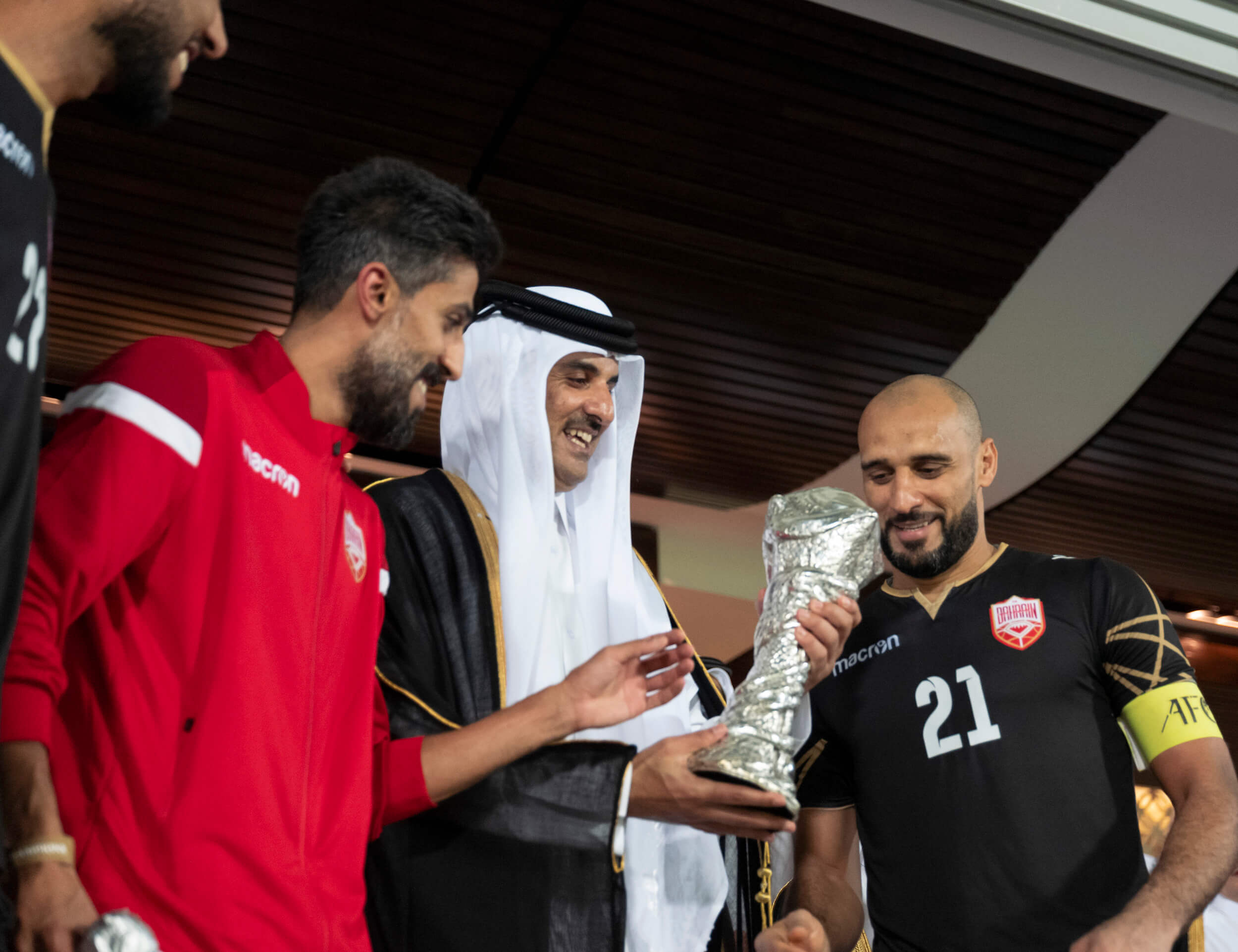 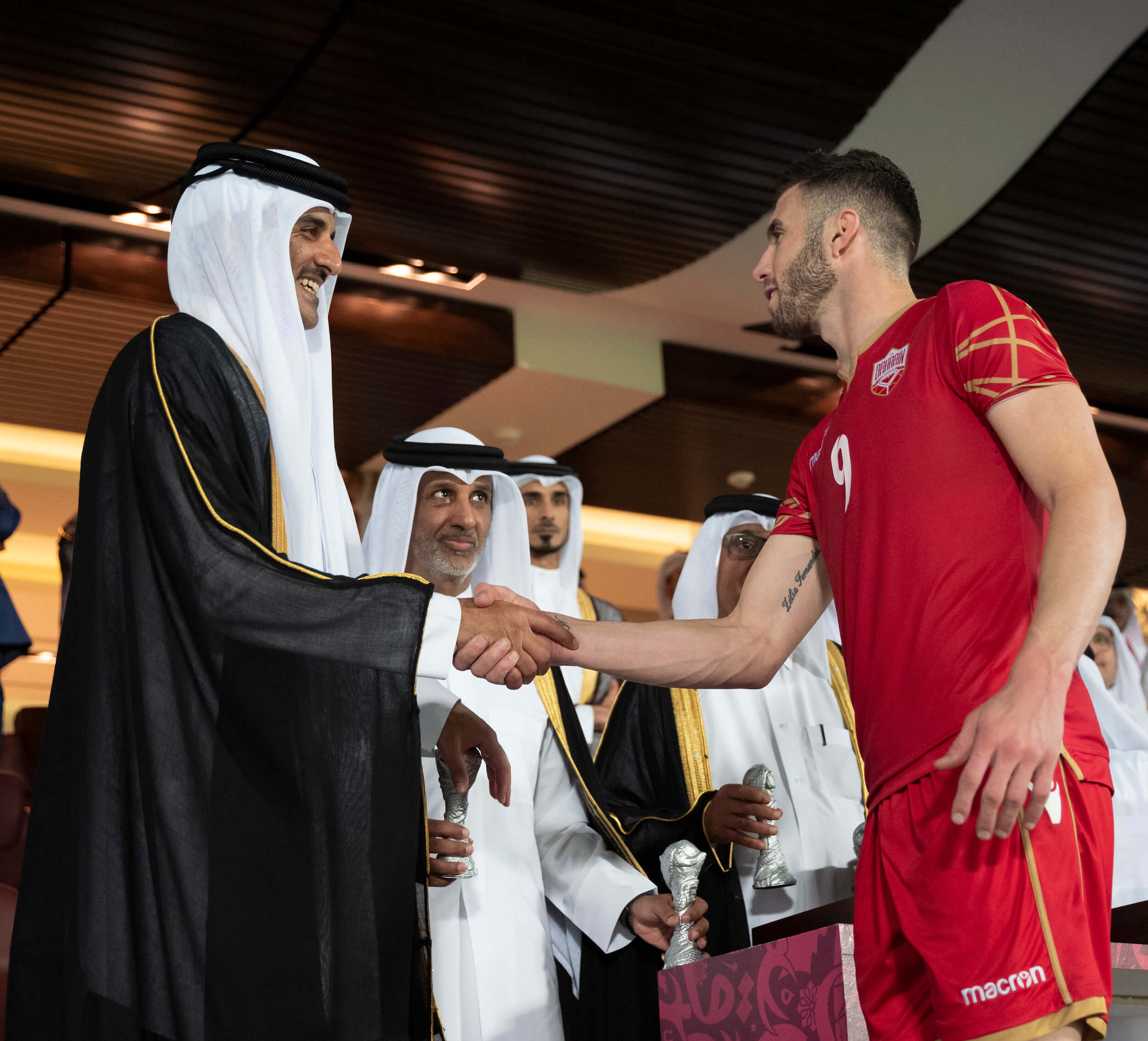 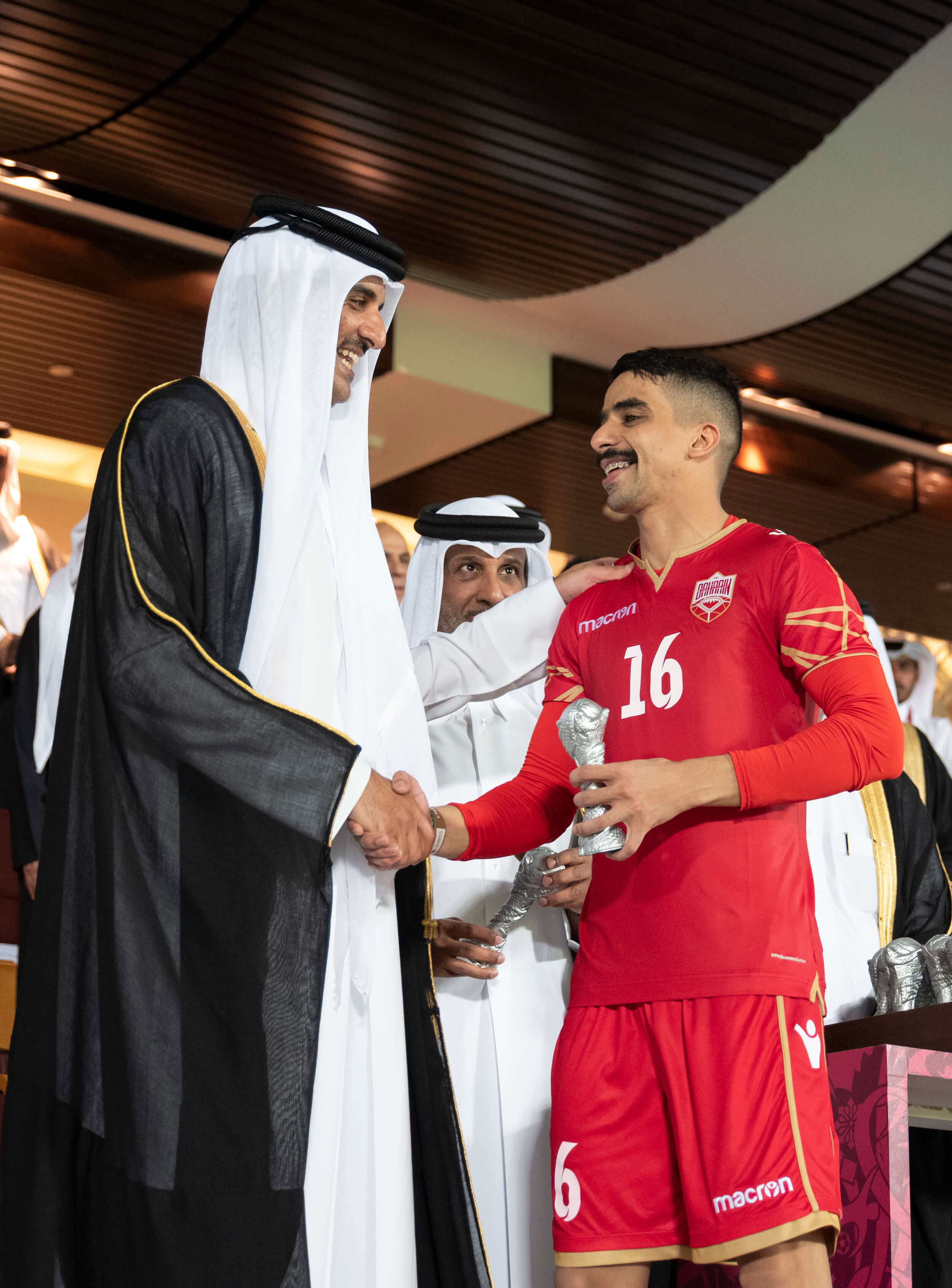 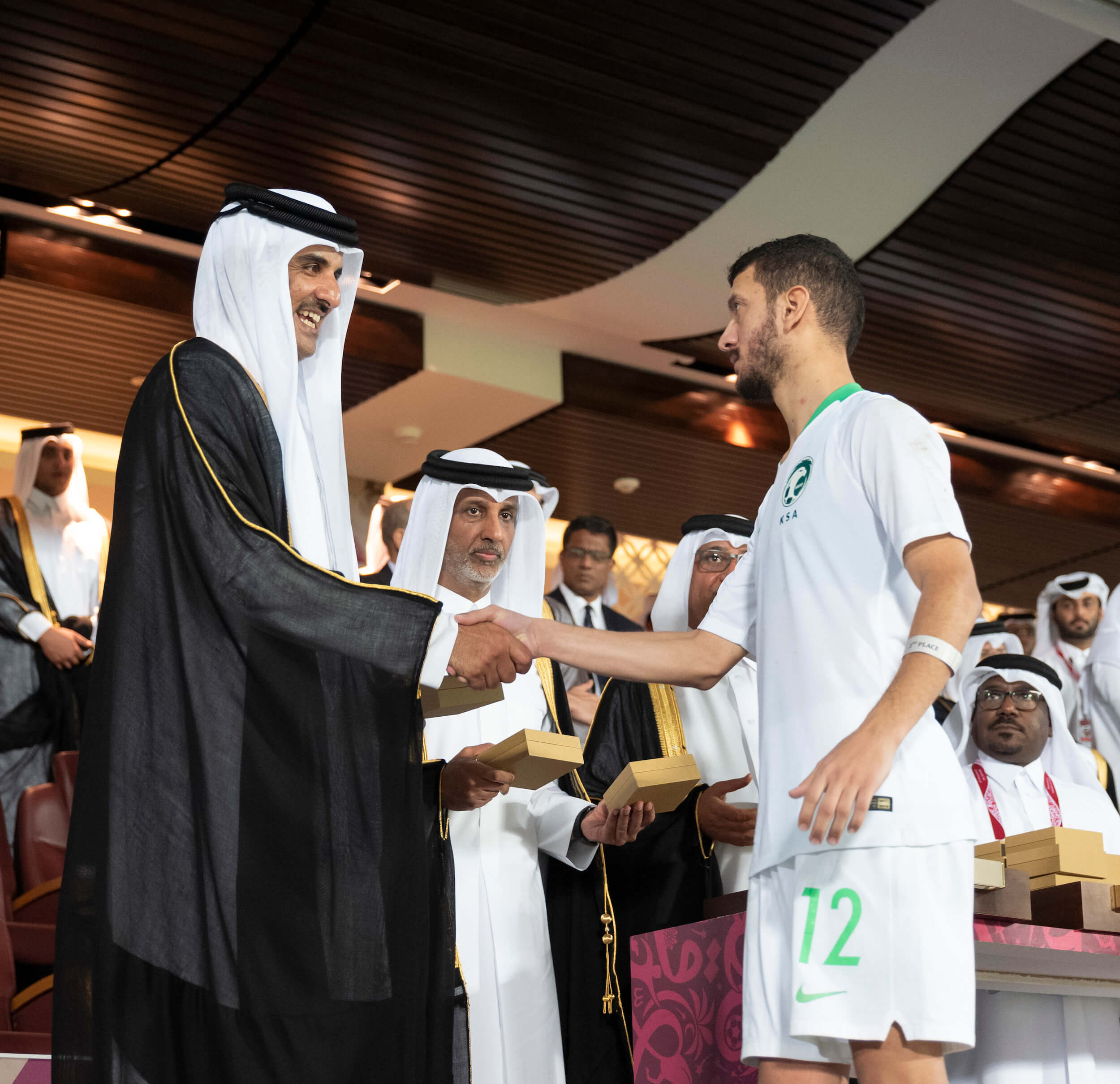 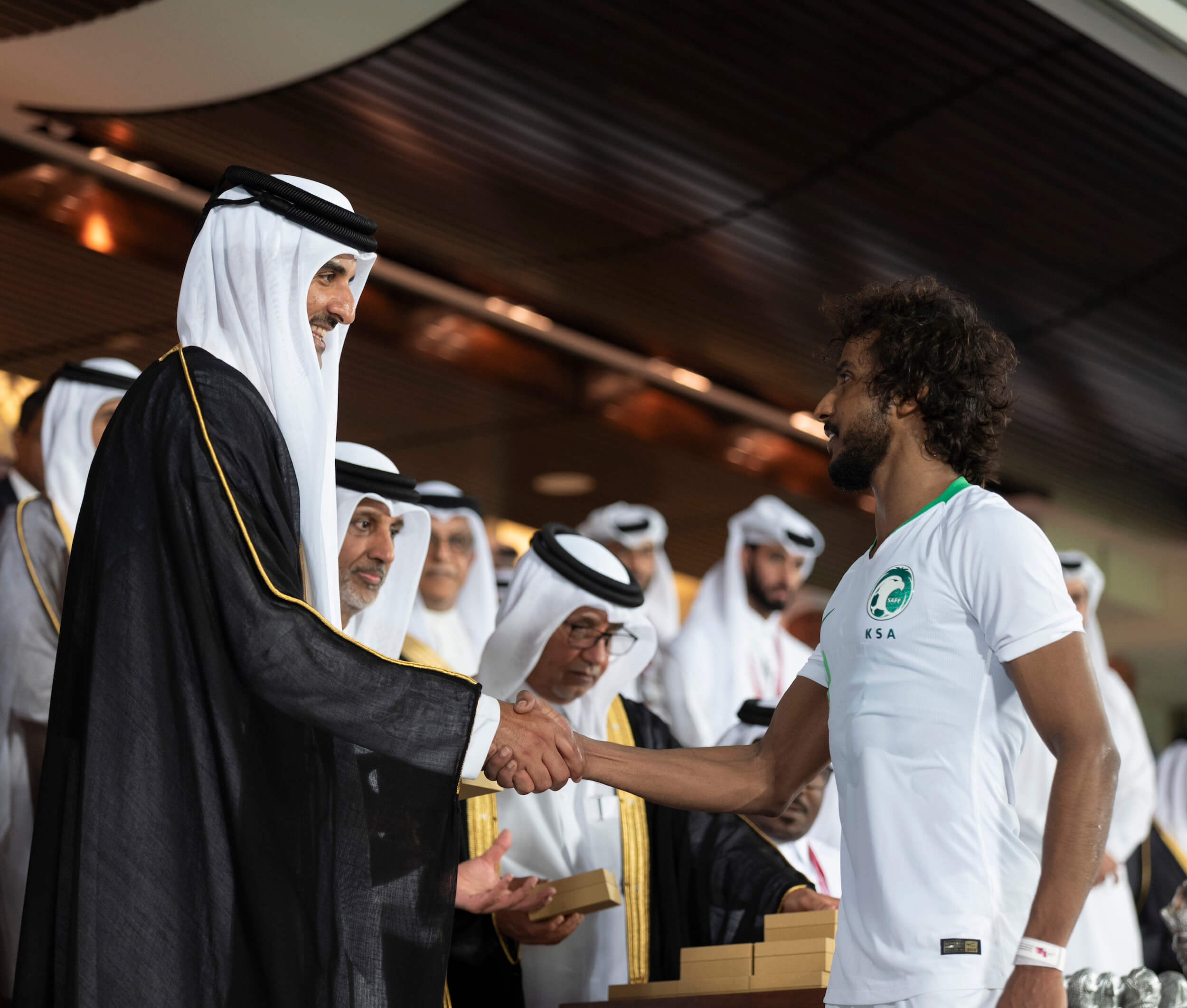 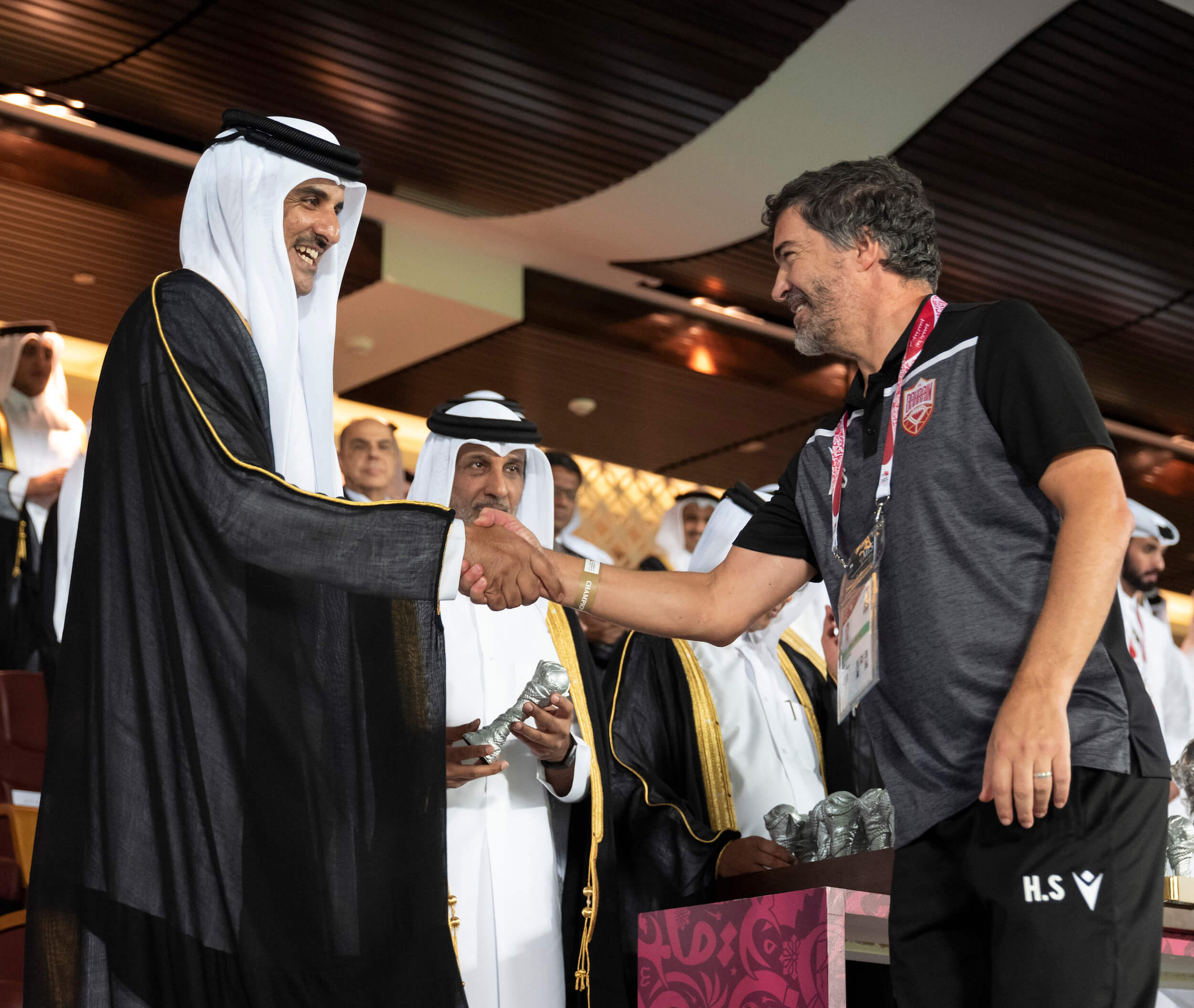 HH The Amir handed the Bahraini players the gold medals and the championship's trophy and handed the silver medals to the Saudi players.