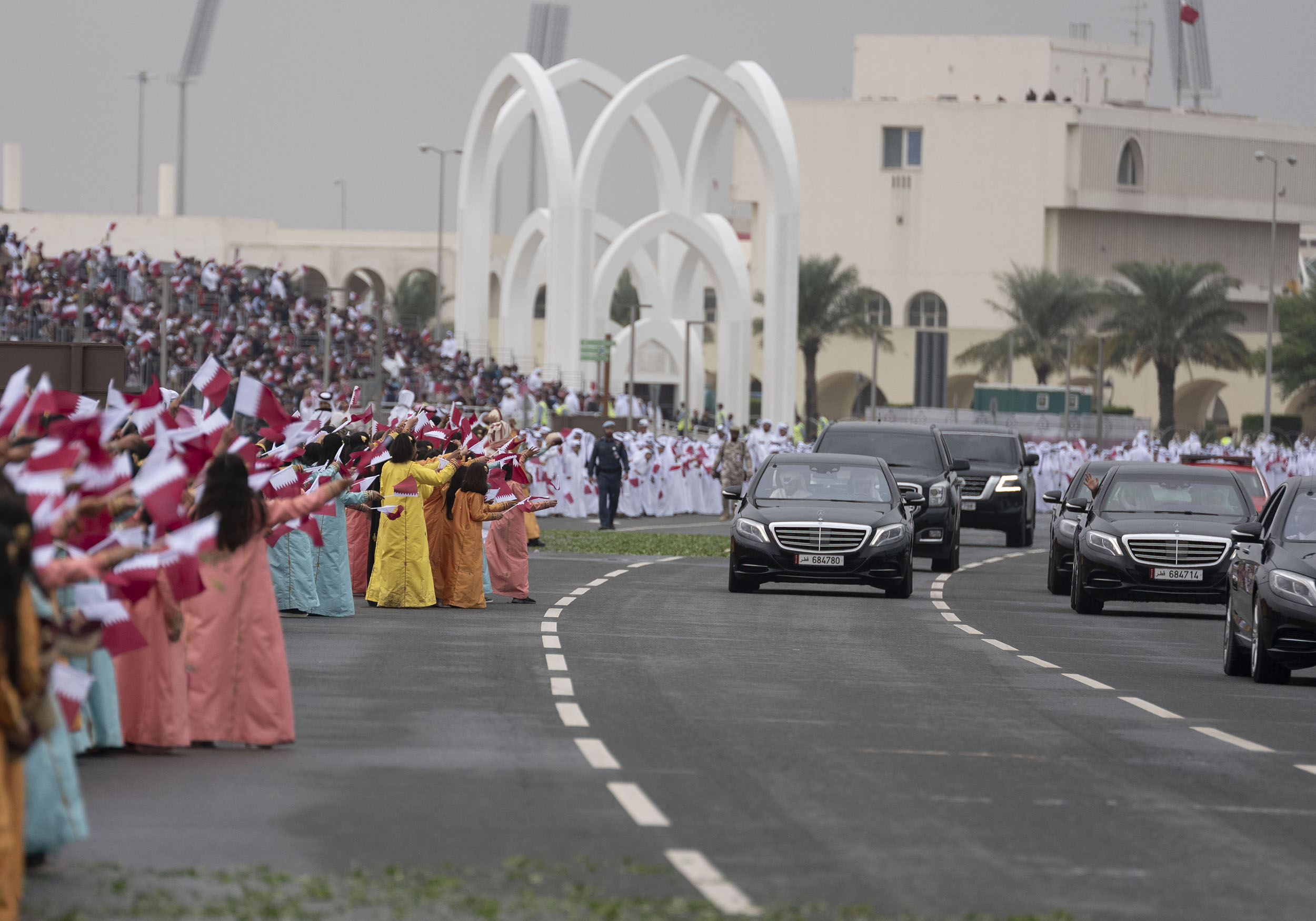 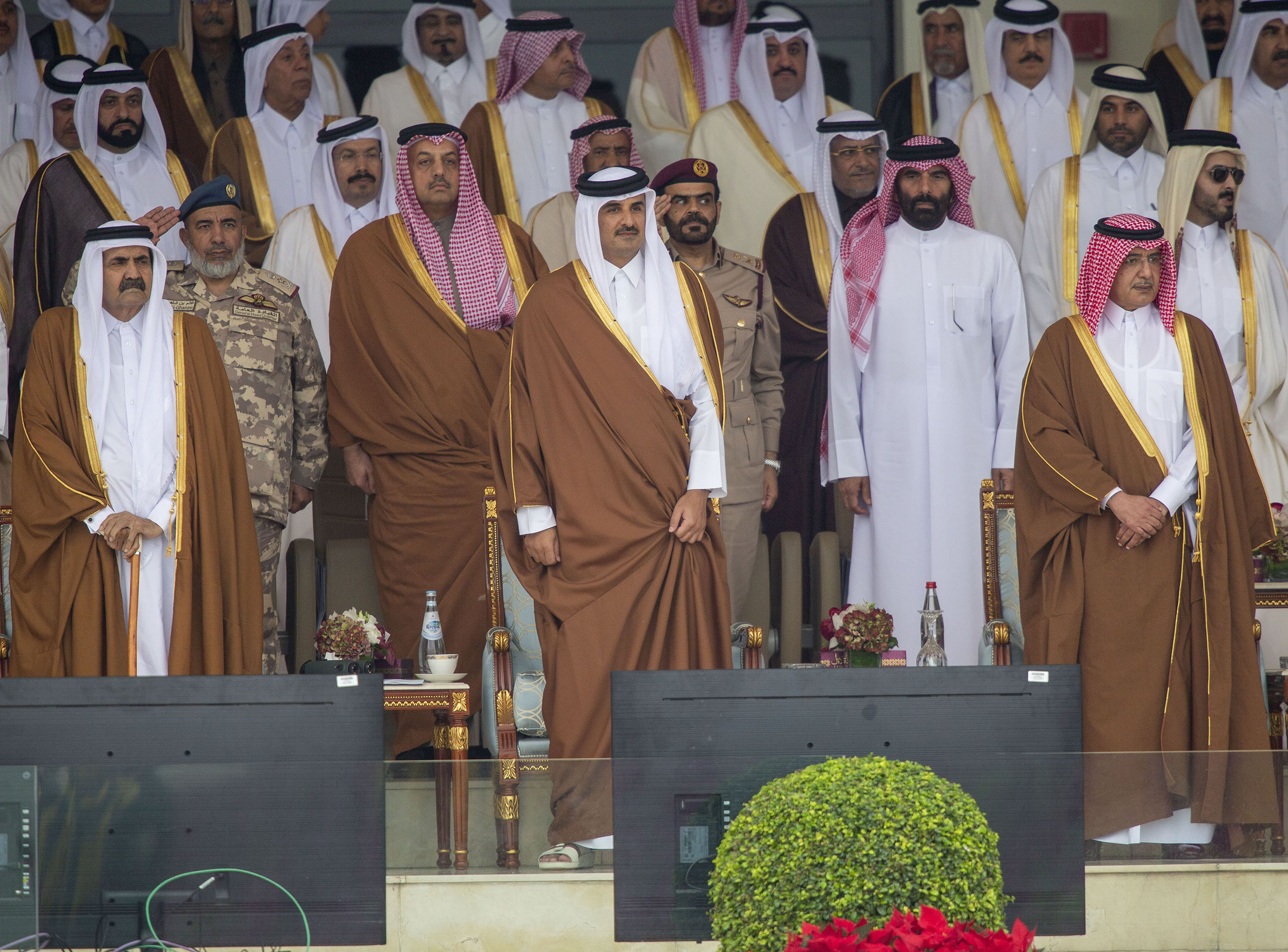 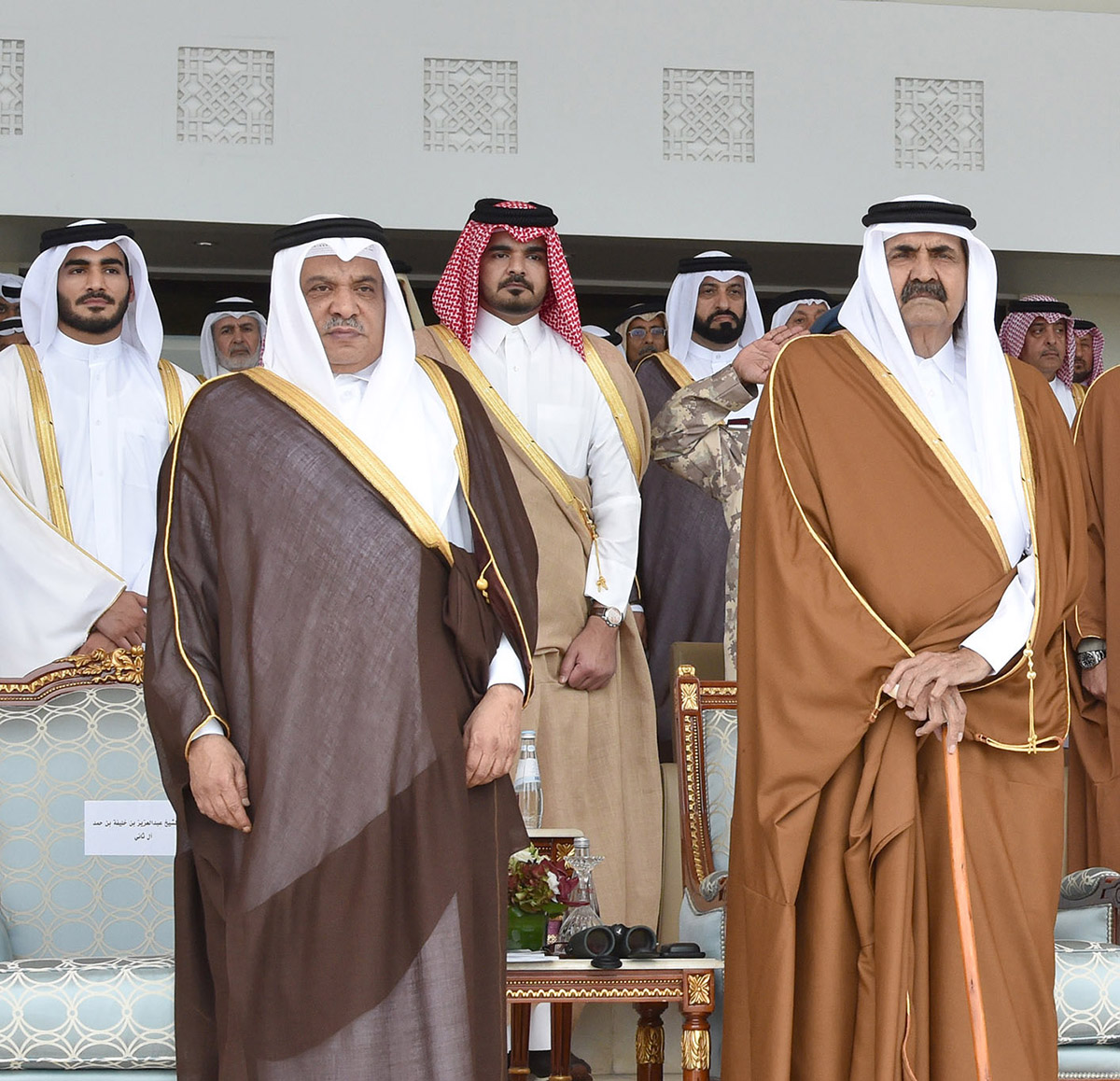 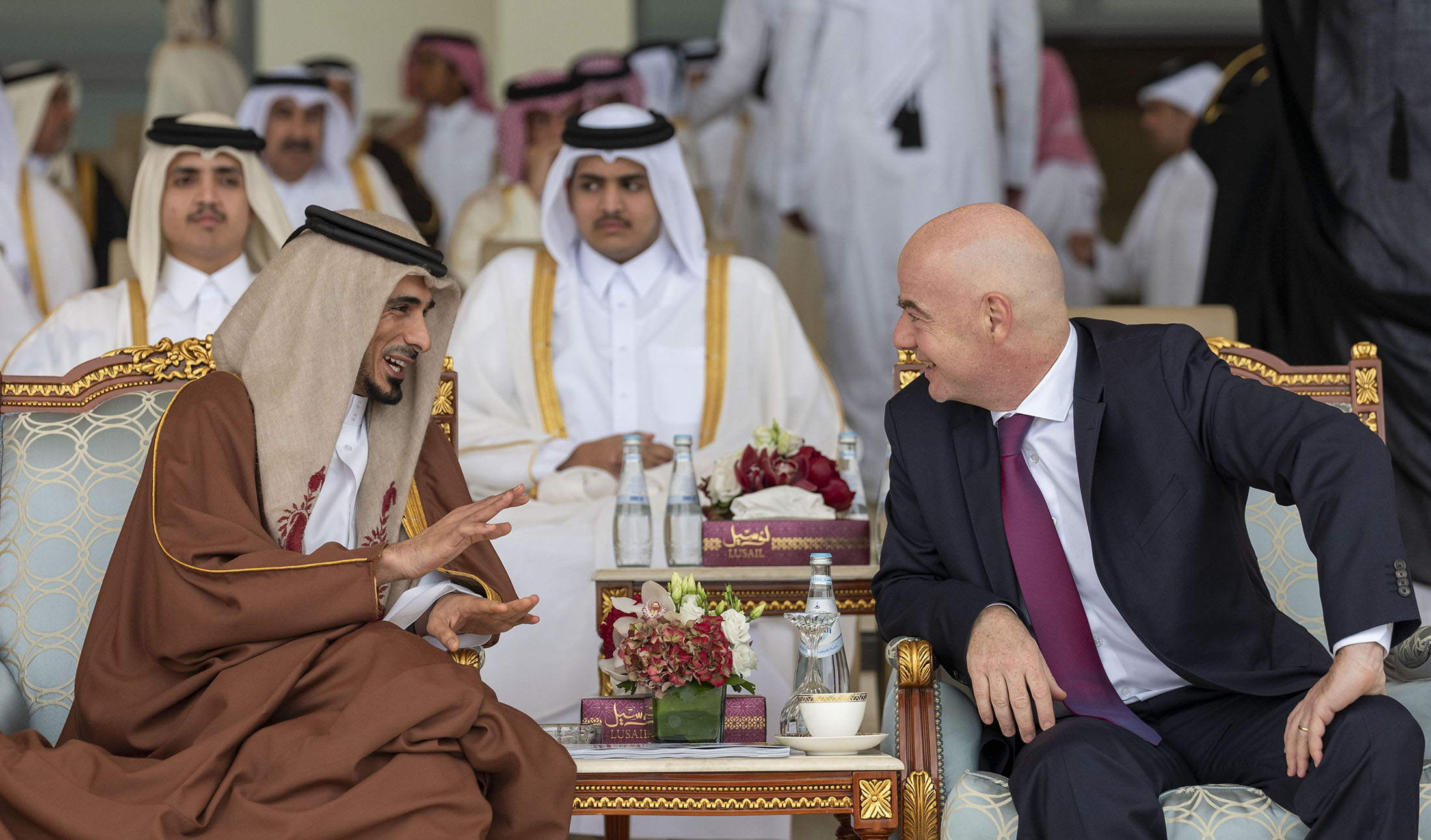 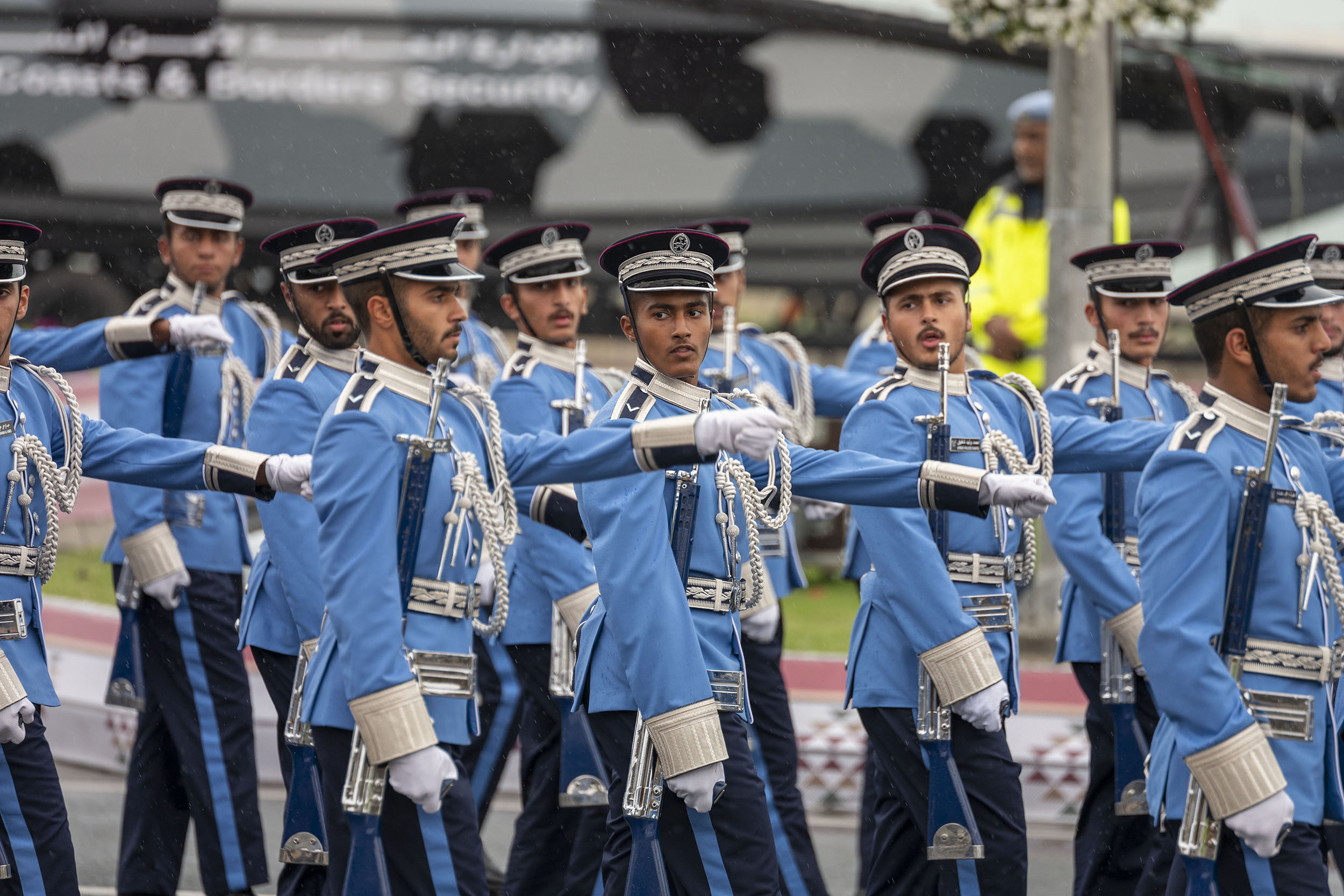 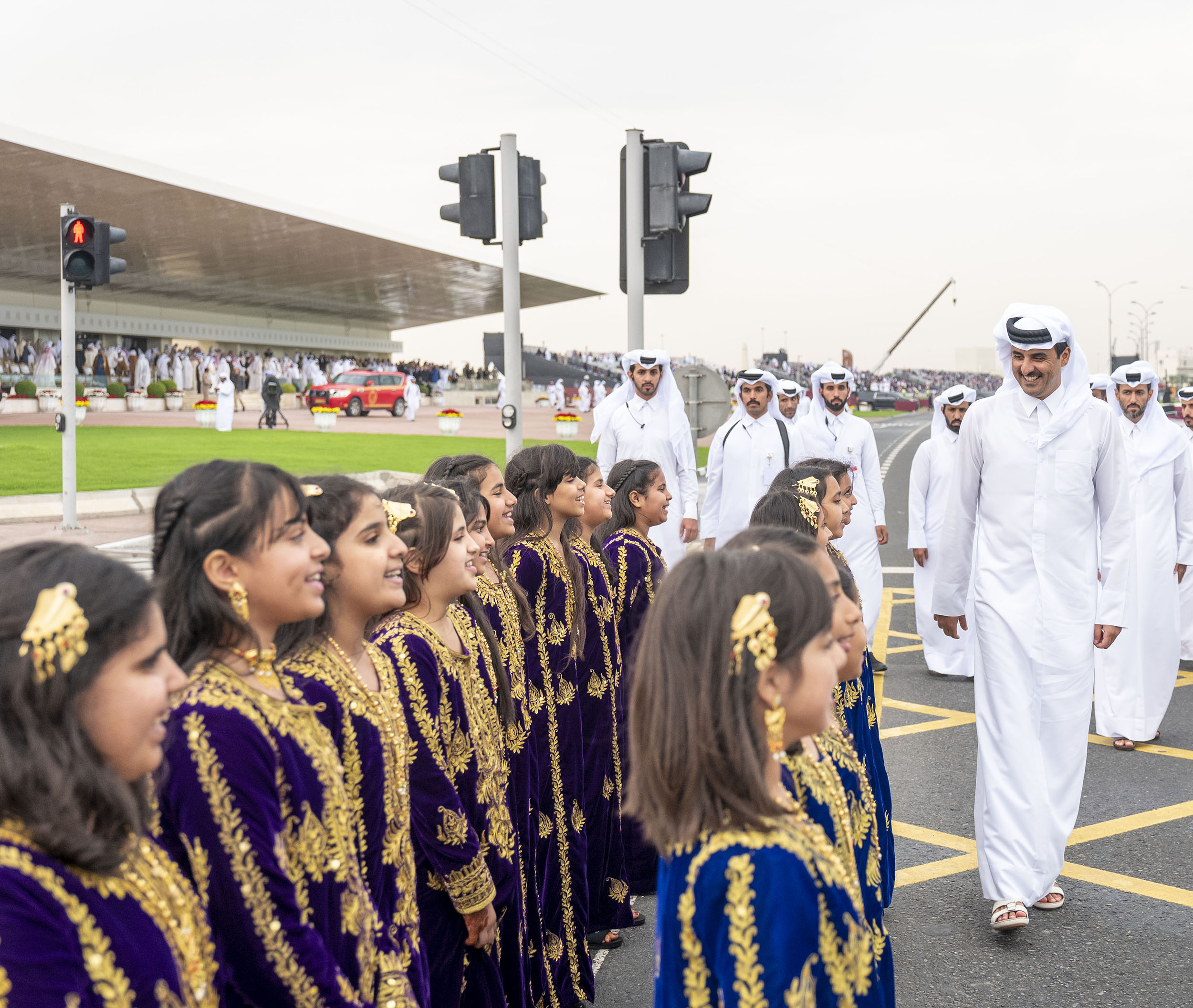 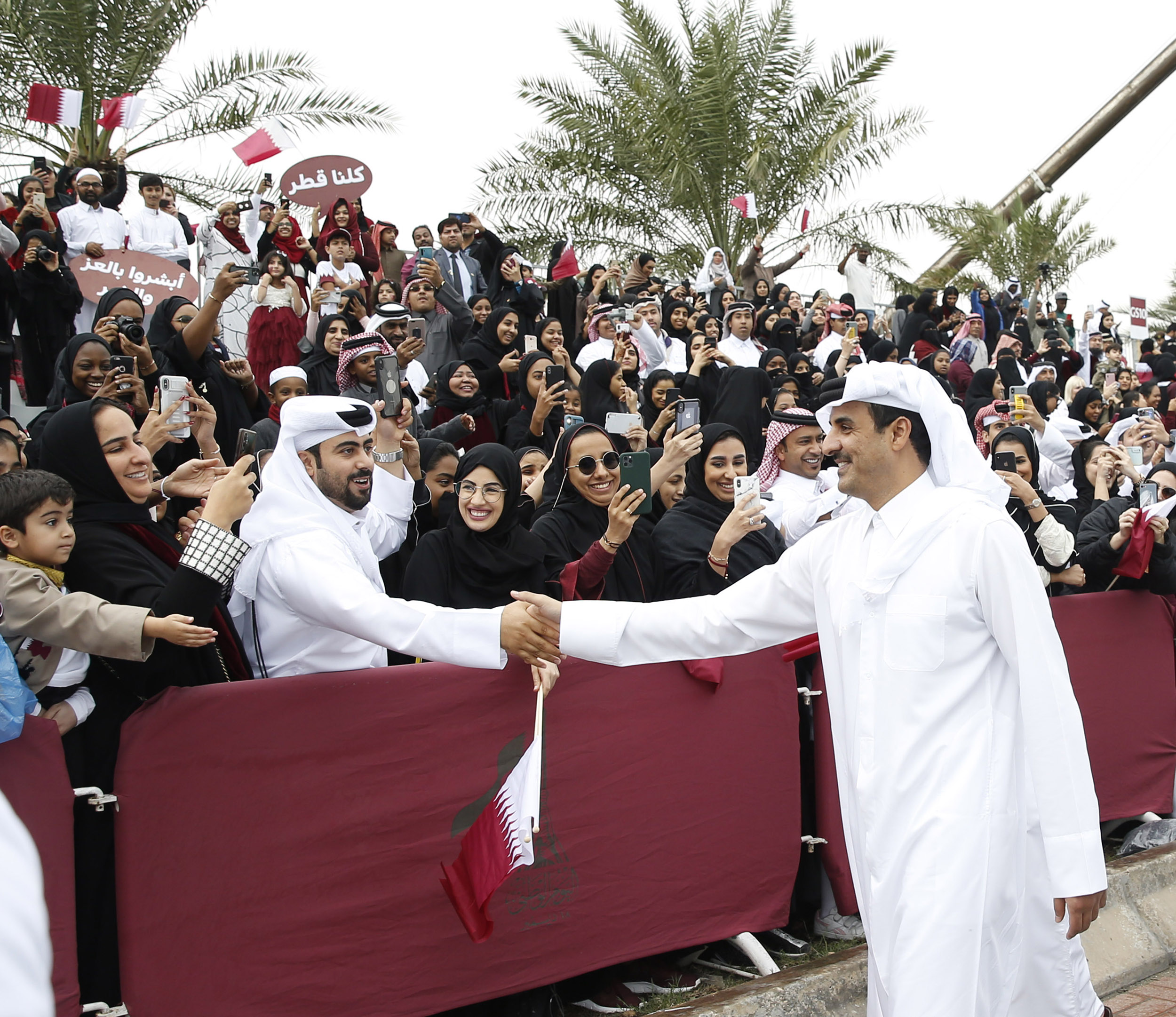 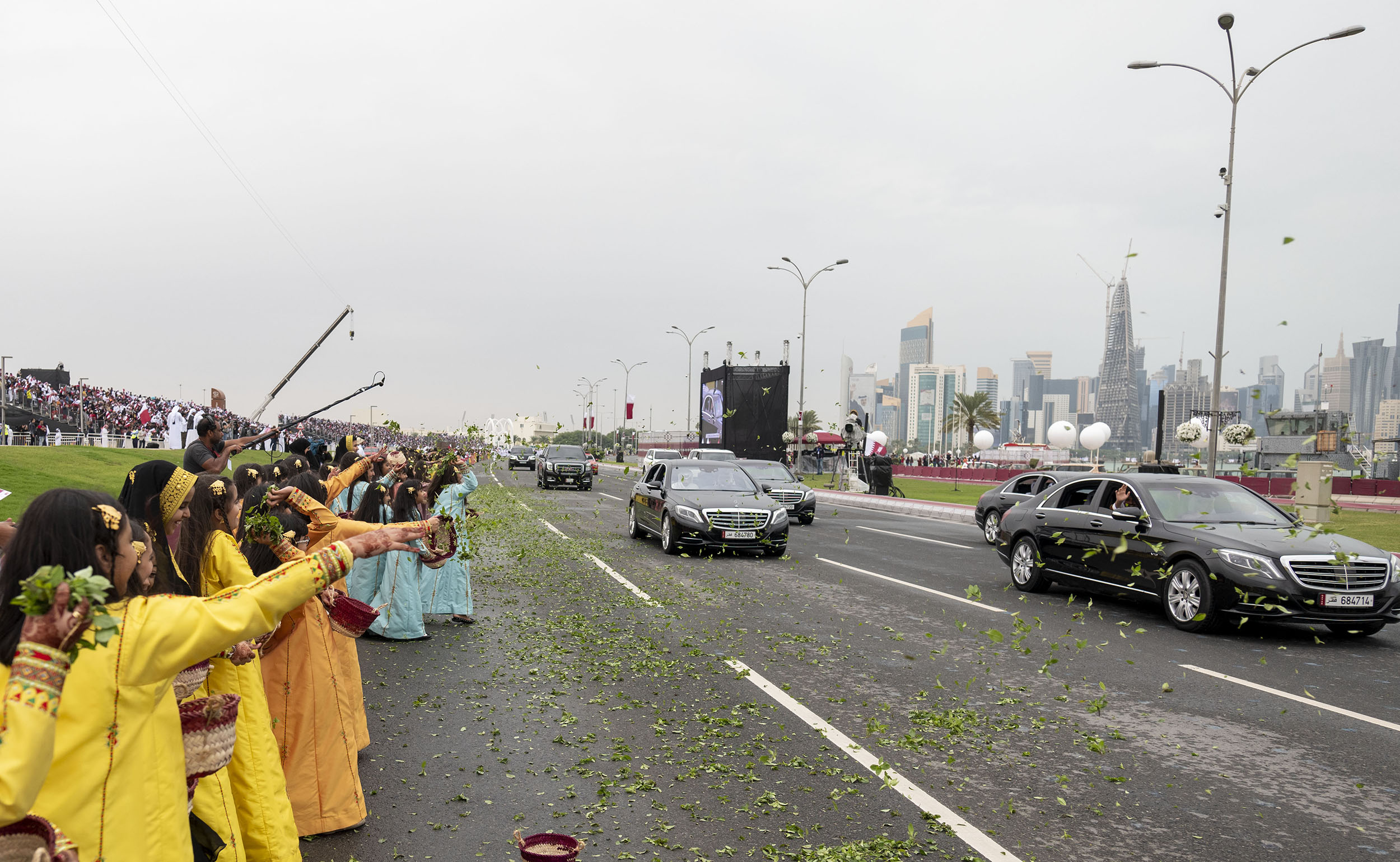 His Highness The Amir Sheikh Tamim bin Hamad Al-Thani attended the 2019 National Day Parade, which was held on Wednesday morning on Doha Corniche.

The parade was also attended by HE Speaker of the Shura Council Ahmed bin Abdullah bin Zaid Al Mahmoud, and a number of members of the Shura Council, in addition to a number of Their Excellences guests, including HE President of the International Federation of Association Football (FIFA) Gianni Infantino, and HE Commander of U.S. Air Forces Central Command Lieutenant General Joseph Guastella.

It was also attended by a number of members of the Municipal Council, heads of diplomatic missions accredited to the state, and a number of leaders of branches and units and senior officers of the Armed Forces and the Ministry of Interior, in addition to notables and a large group of citizens and residents.