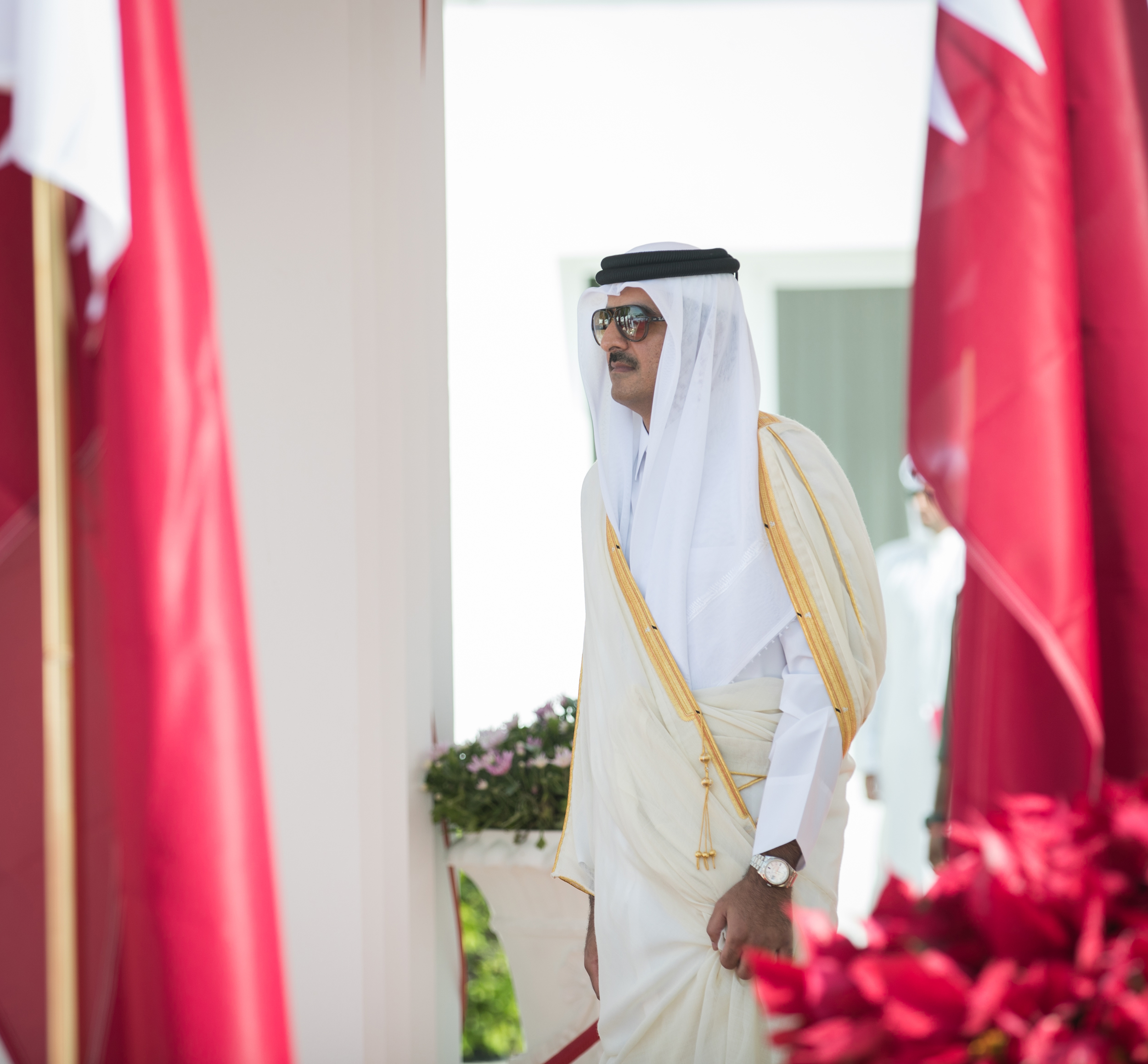 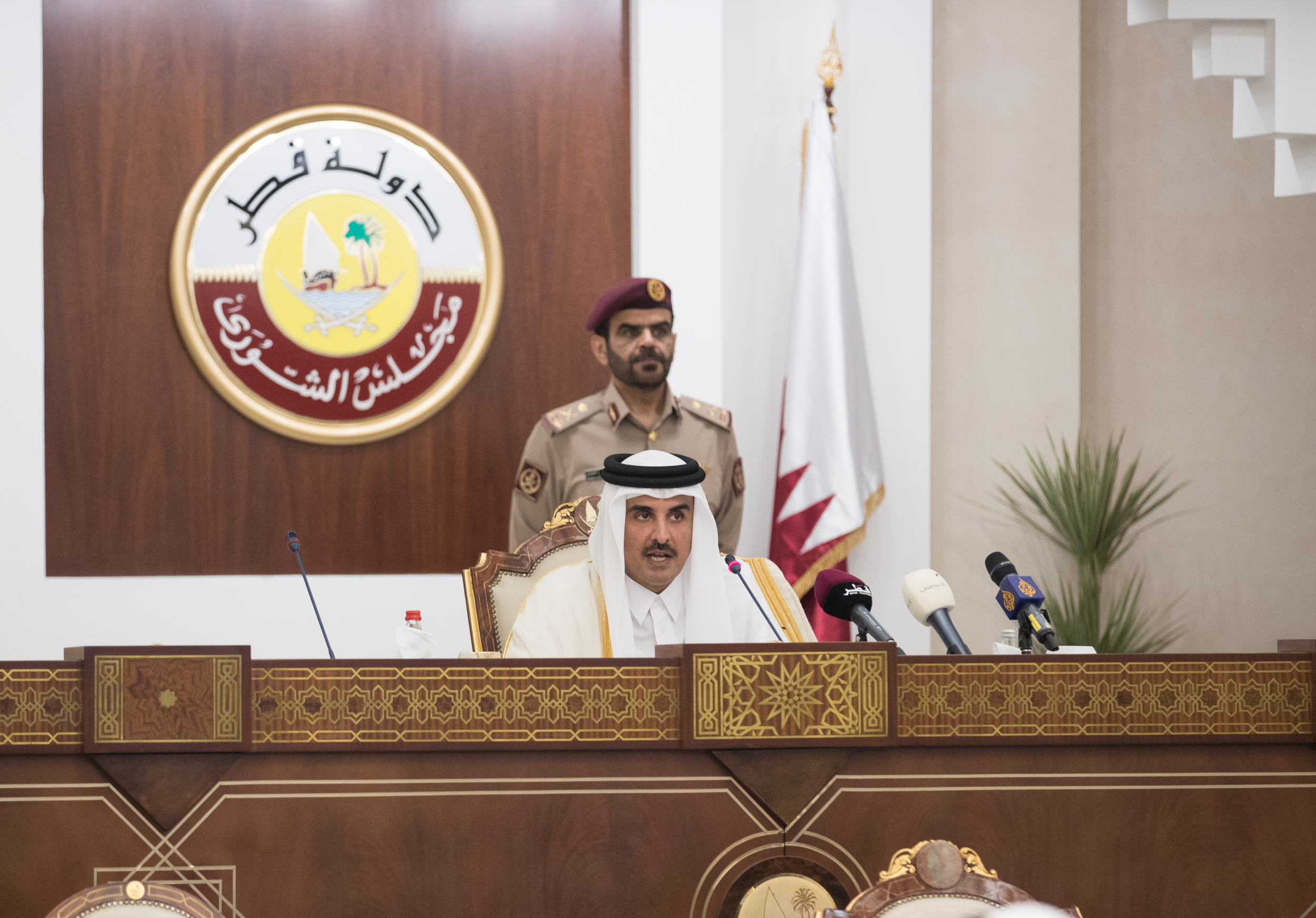 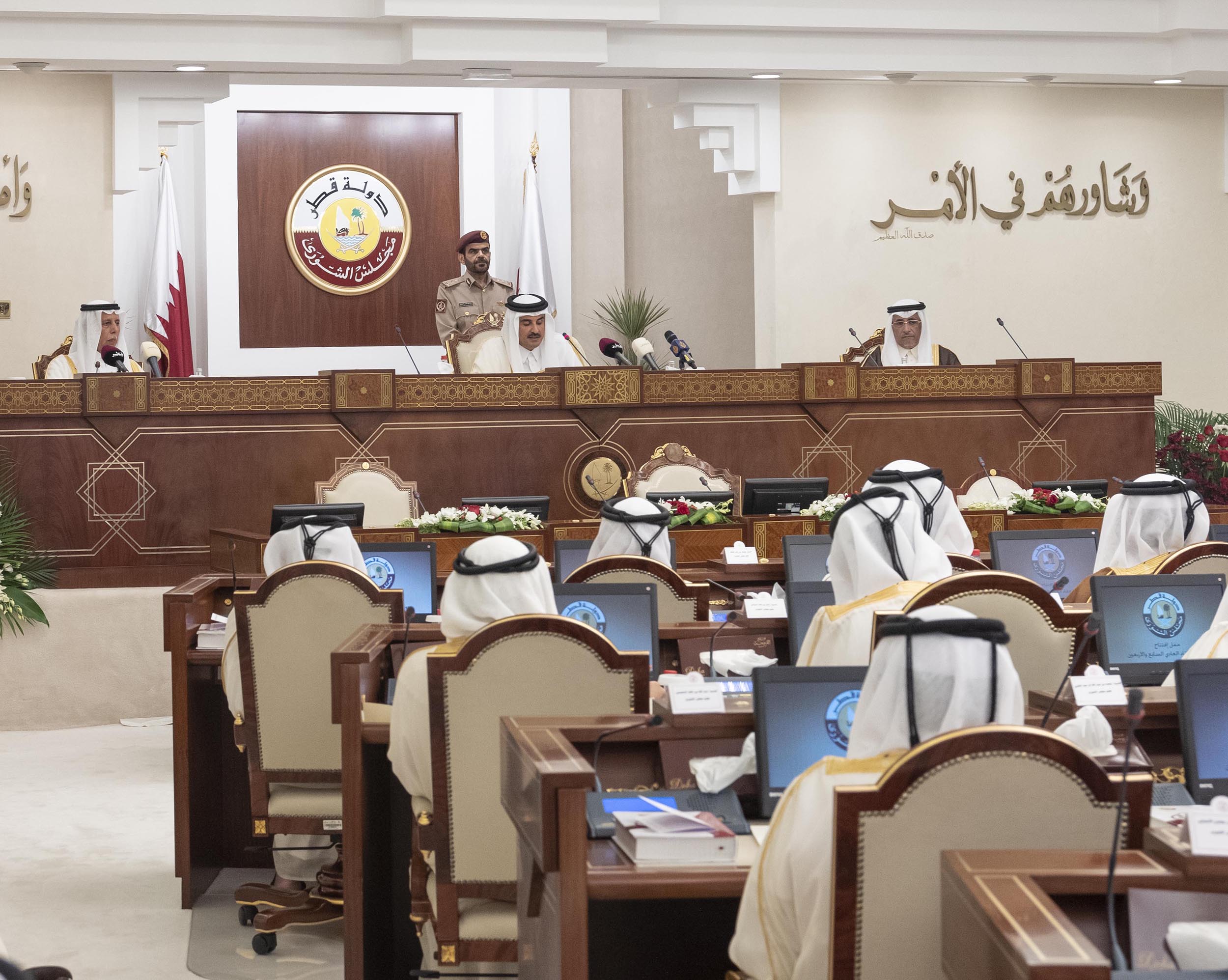 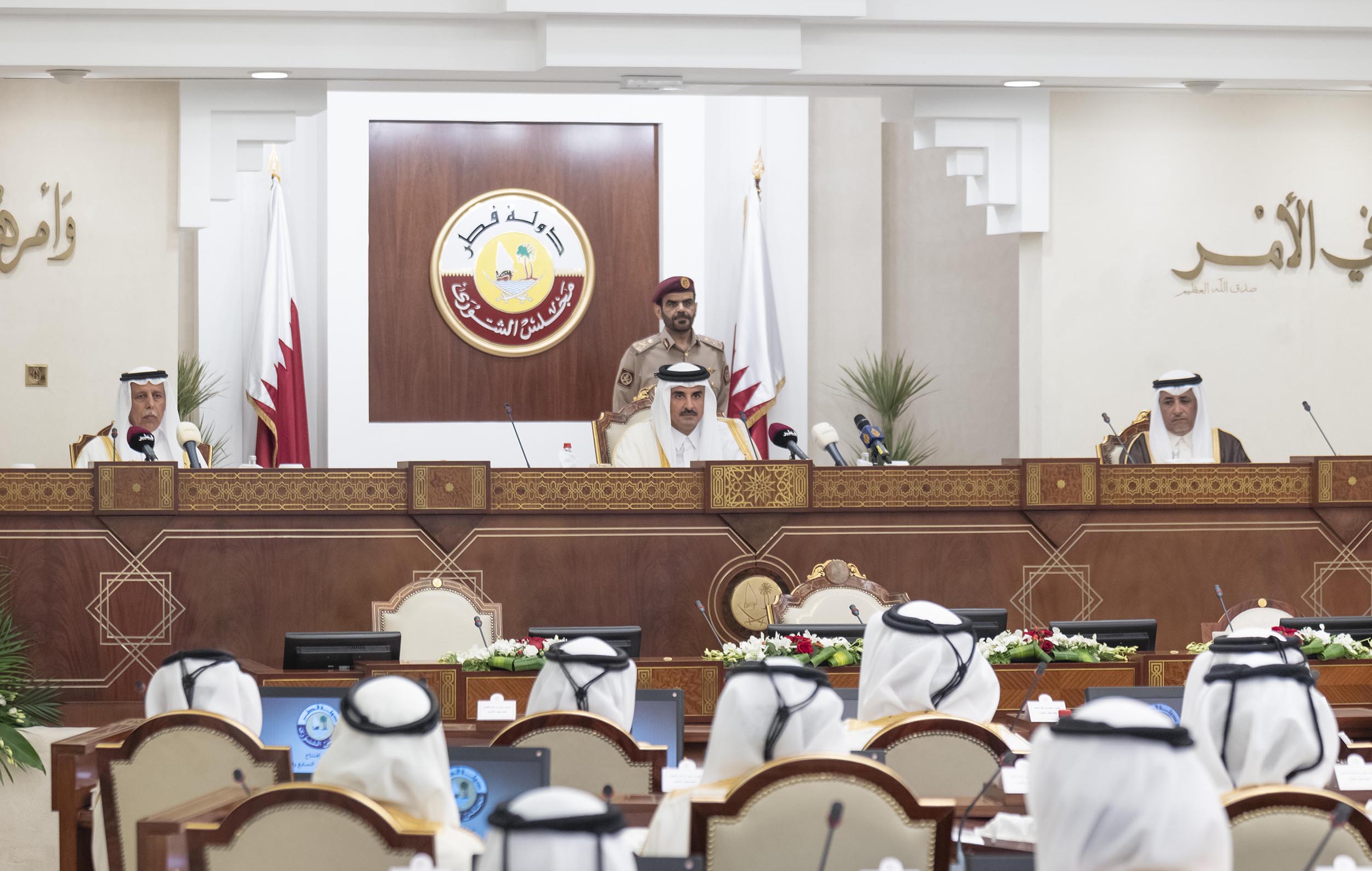 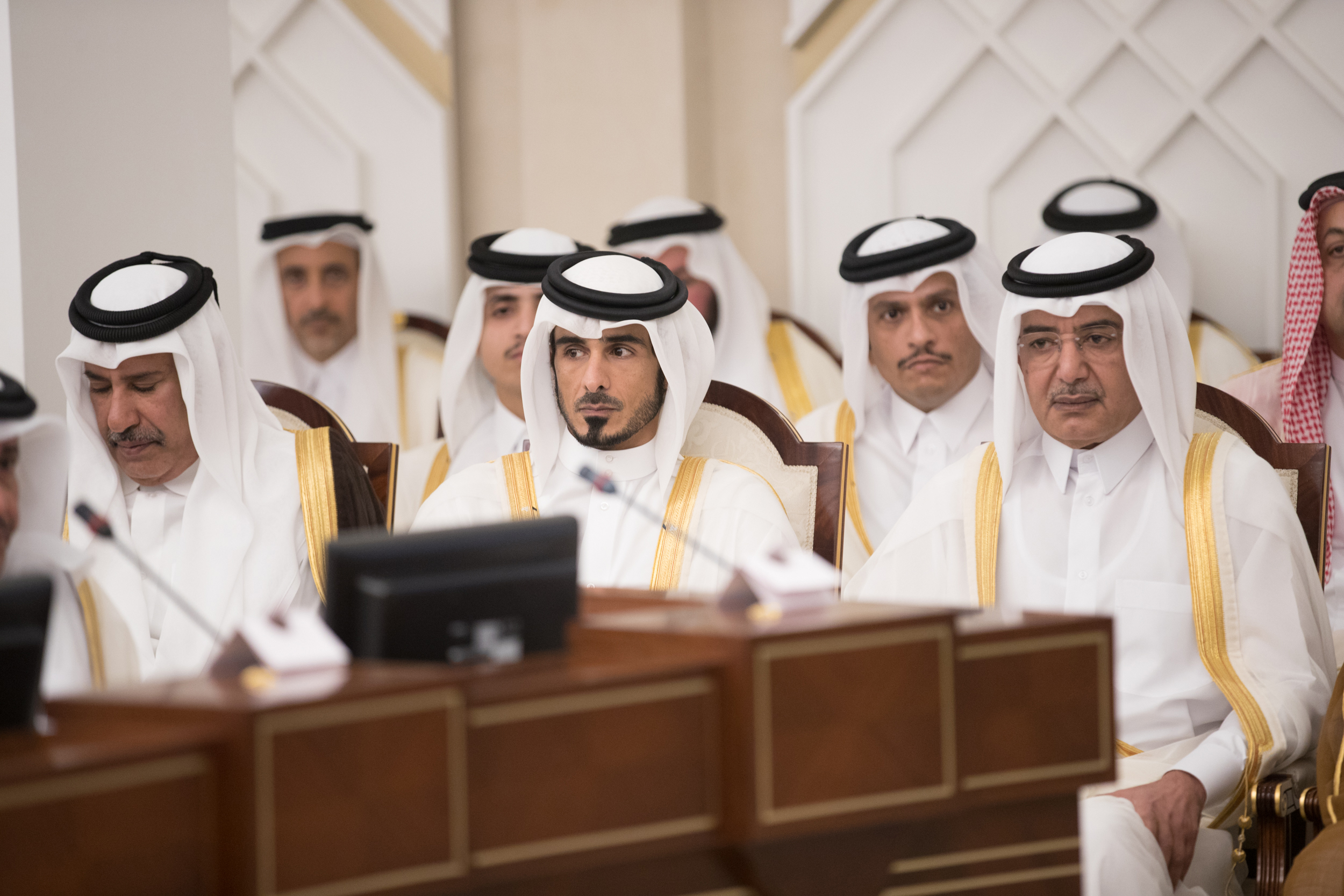 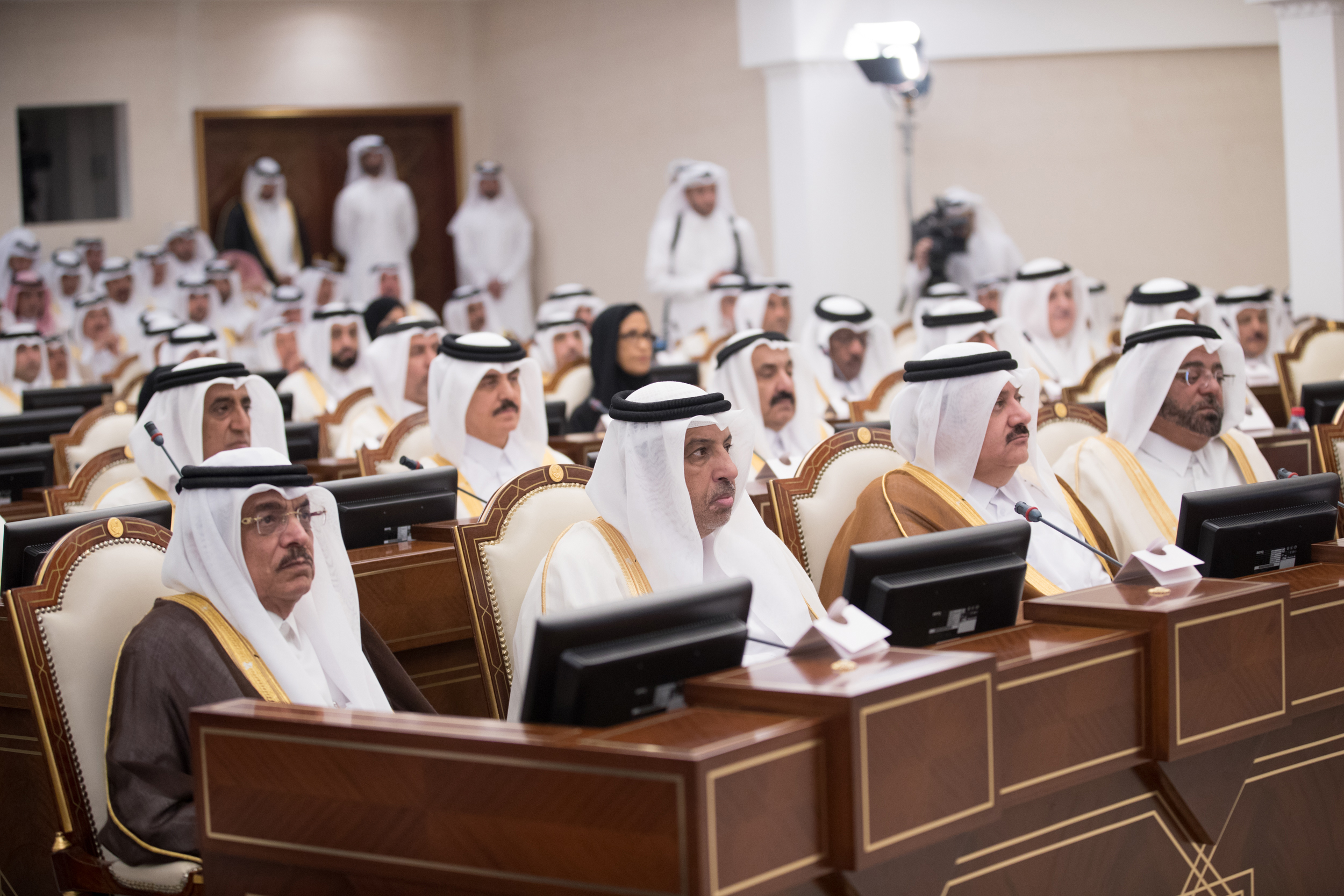 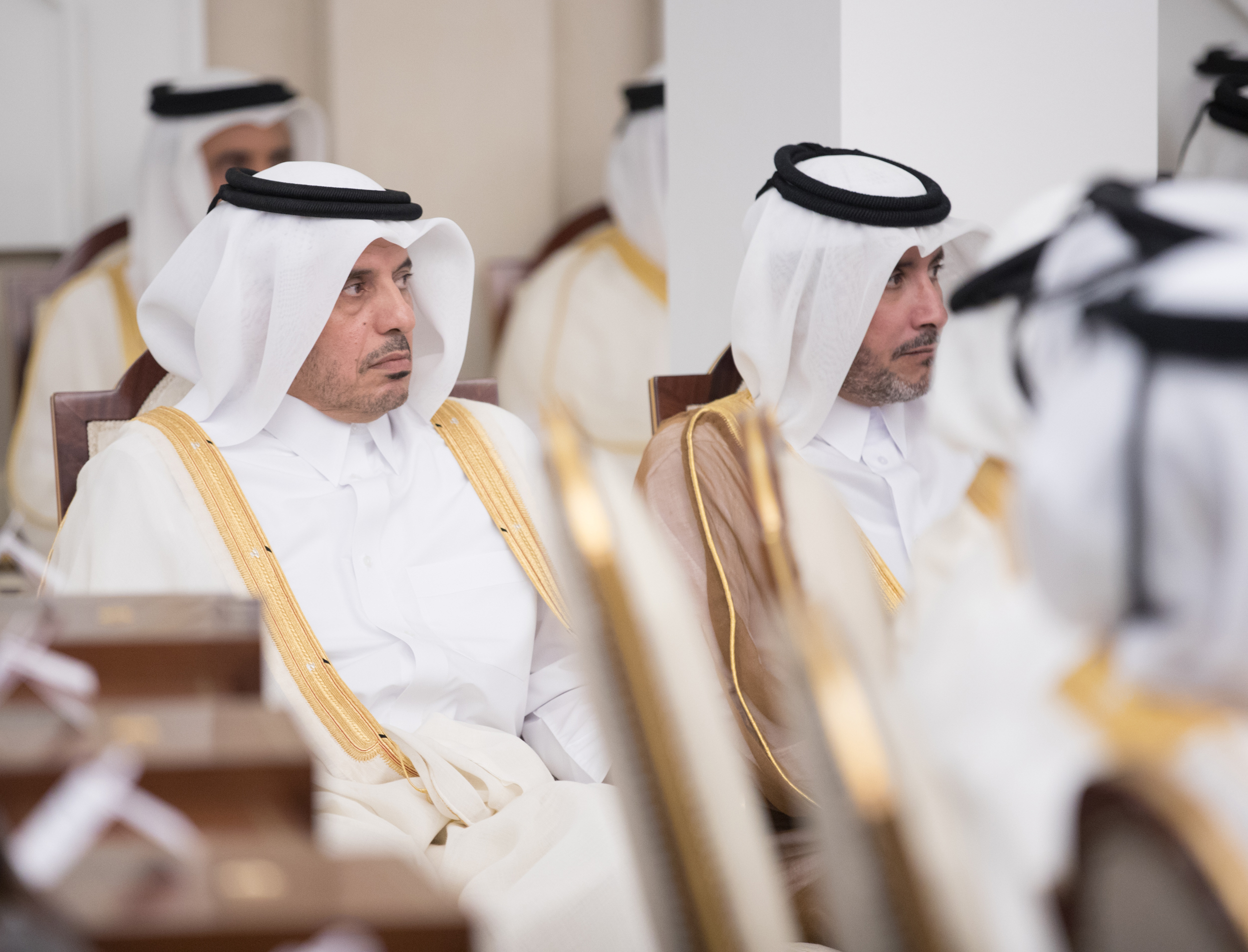 ‪ His Highness The Amir Sheikh Tamim bin Hamad Al Thani inaugurated the 47th ordinary session of the Advisory Council at its premises on Tuesday morning.

The inauguration was also attended by HE the Prime Minister and Minister of Interior Sheikh Abdullah bin Nasser bin Khalifa Al Thani and a number of Their Excellencies Sheikhs, Ministers, heads of the diplomatic missions accredited to the State and the State's dignitaries.

HH The Amir then gave a speech.