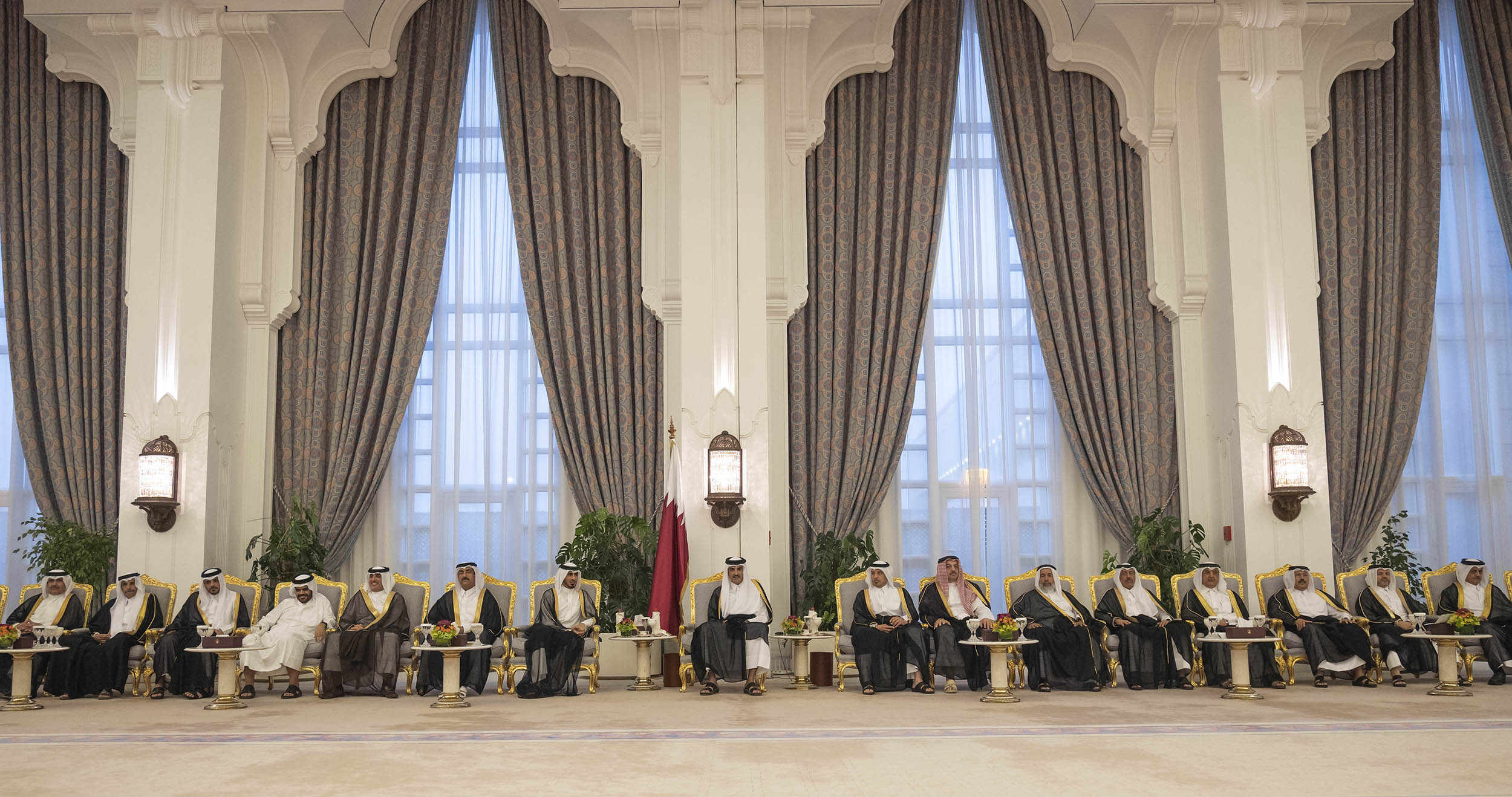 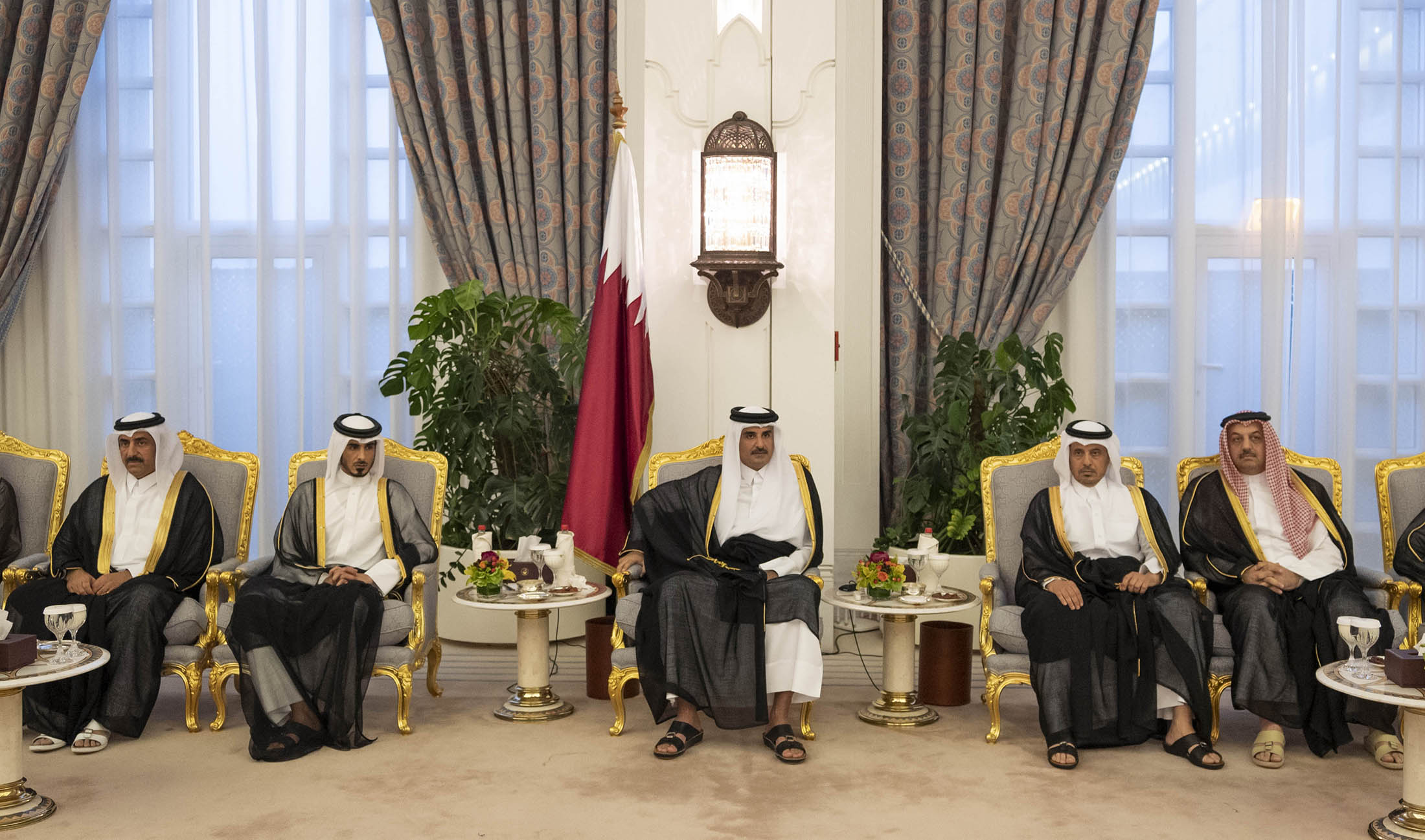 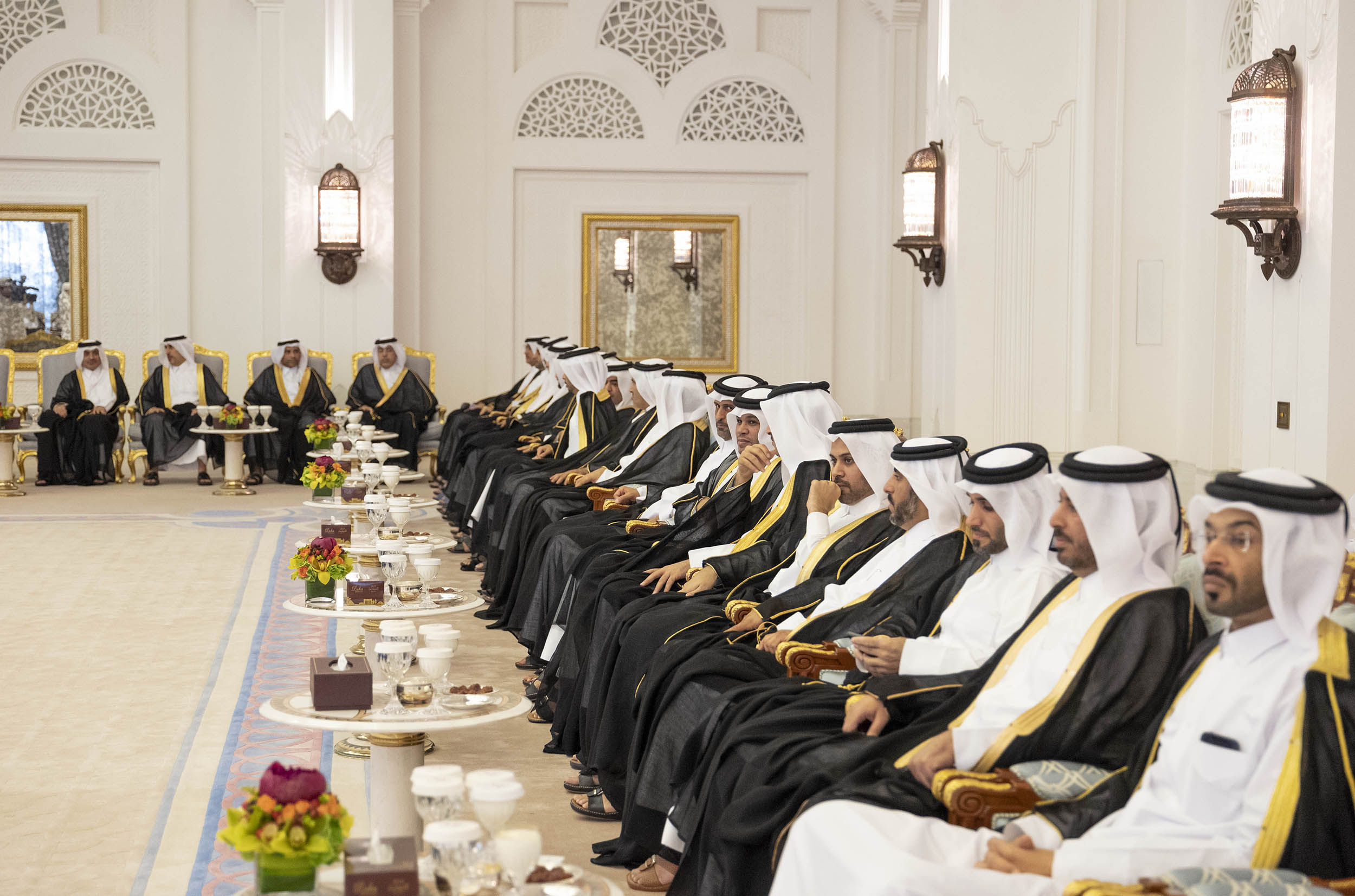 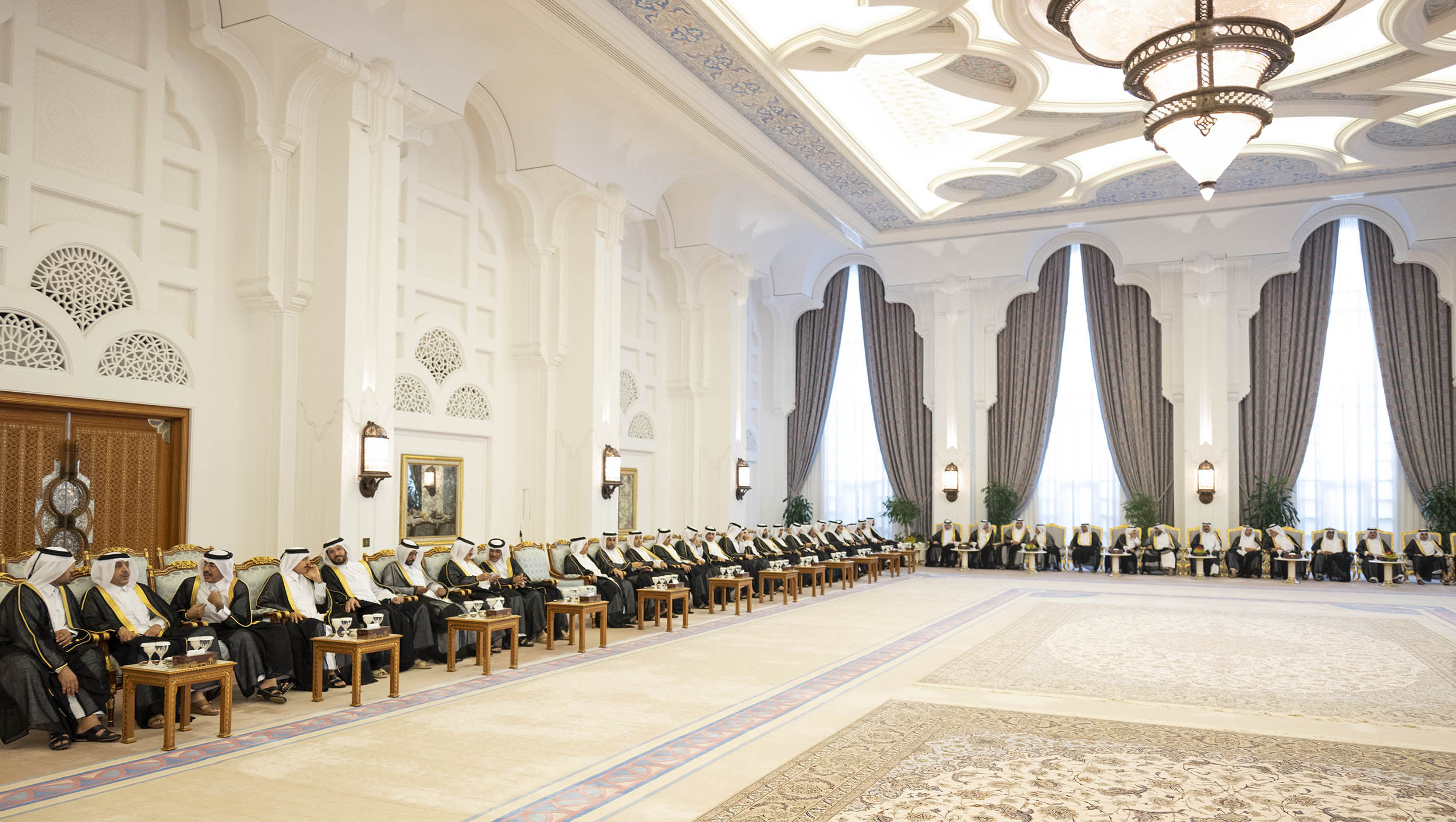 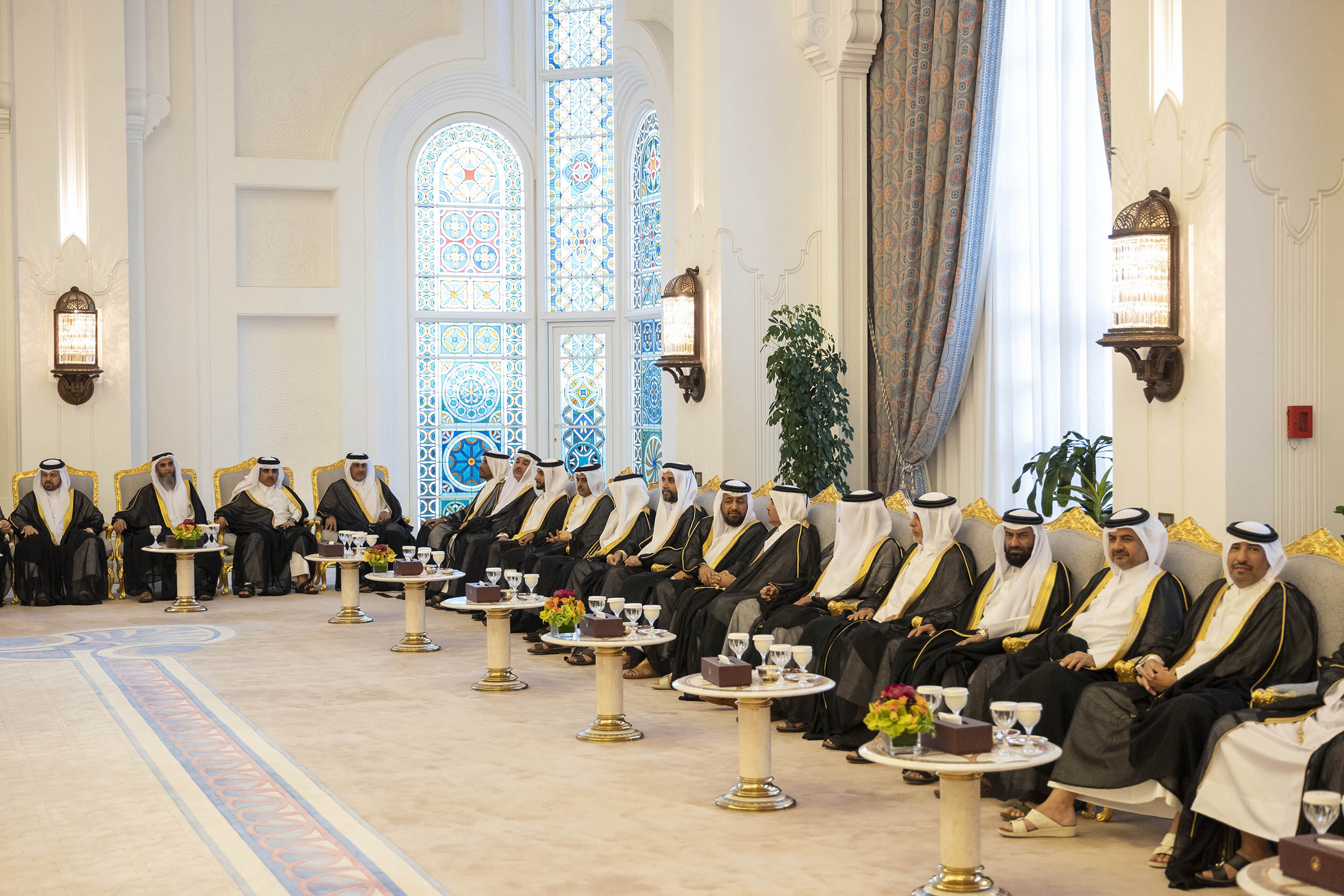 His Highness The Amir Sheikh Tamim bin Hamad Al Thani hosted, at the Amiri Diwan today, an Iftar banquet in honor of commanders and senior officers of the armed forces and the Ministry of the Interior and other security bodies in the State on the occasion of the holy month of Ramadan.

The banquet was attended by HH the Personal Representative of HH The Amir Sheikh Jassim bin Hamad Al Thani.

It was attended, as well, by HE the Prime Minister and Minister of Interior Sheikh Abdullah bin Nasser bin Khalifa Al Thani.