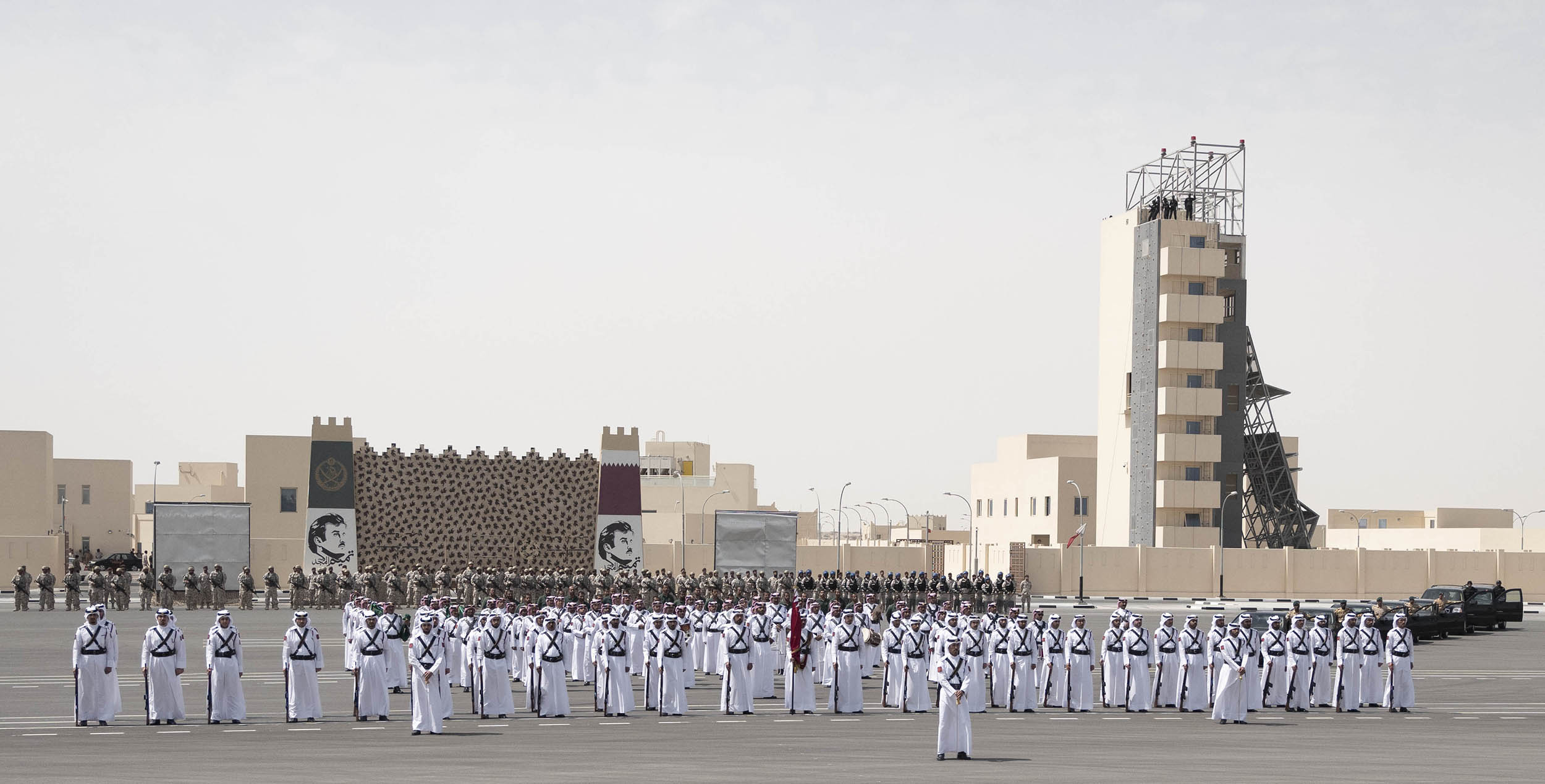 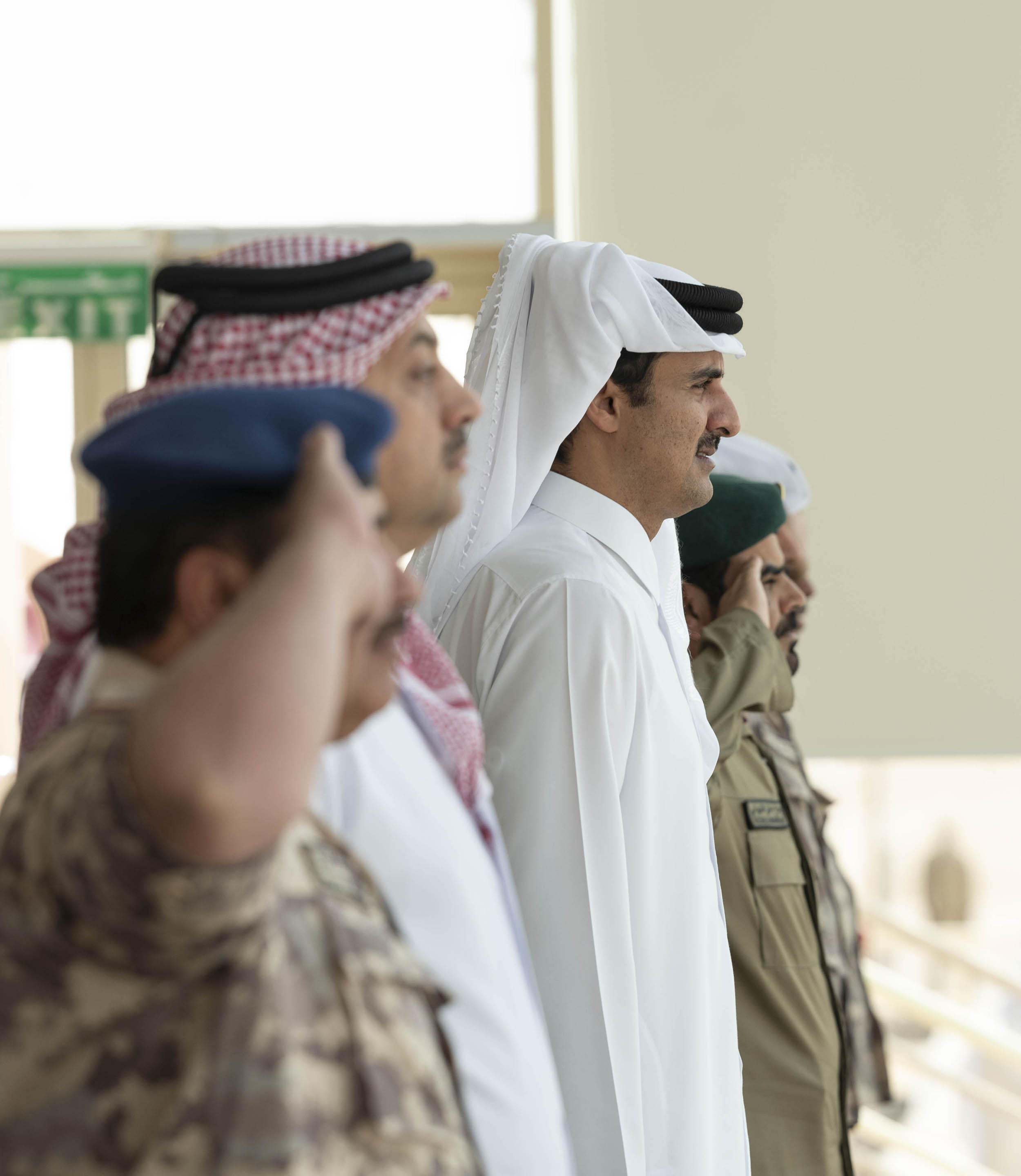 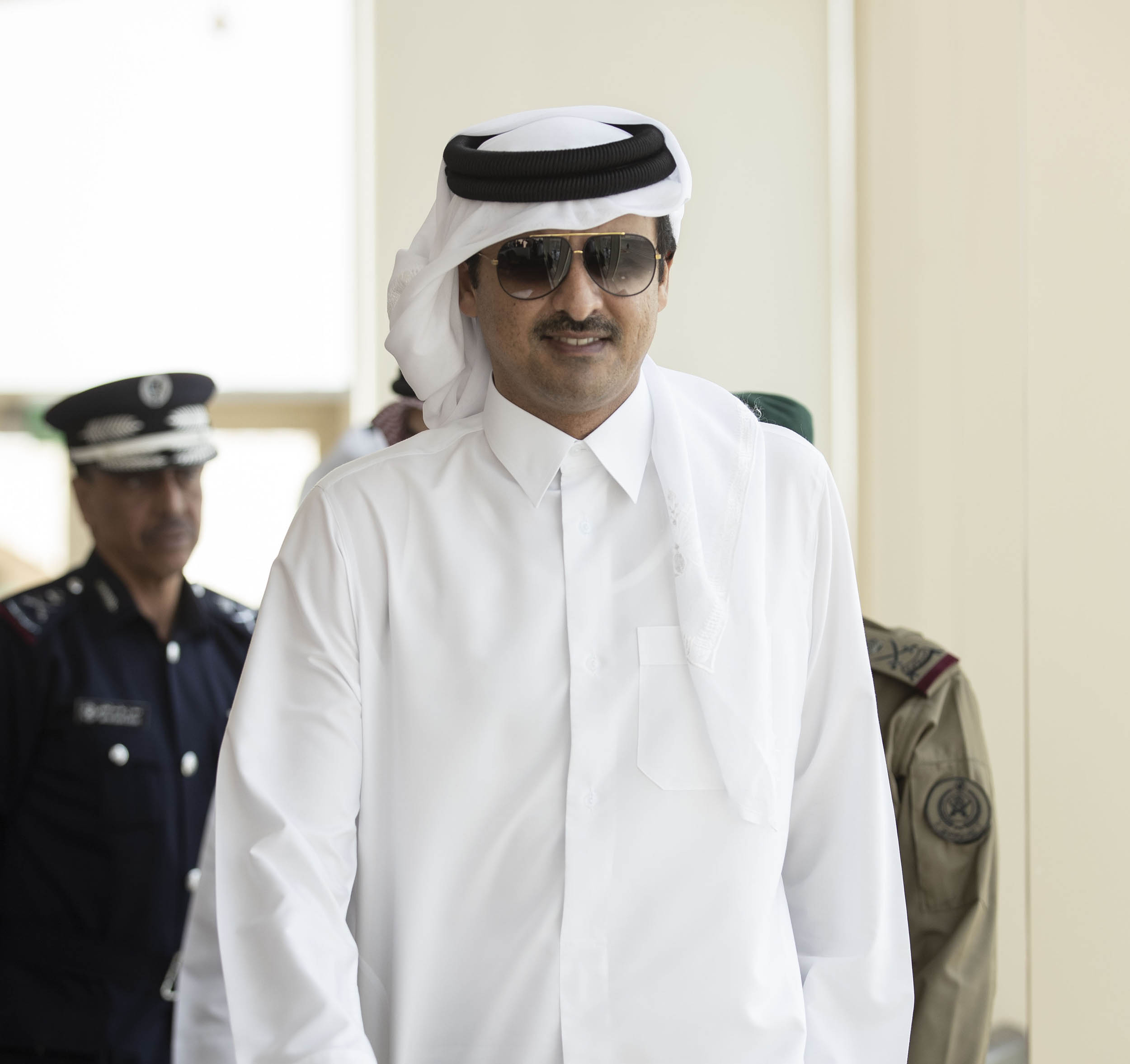 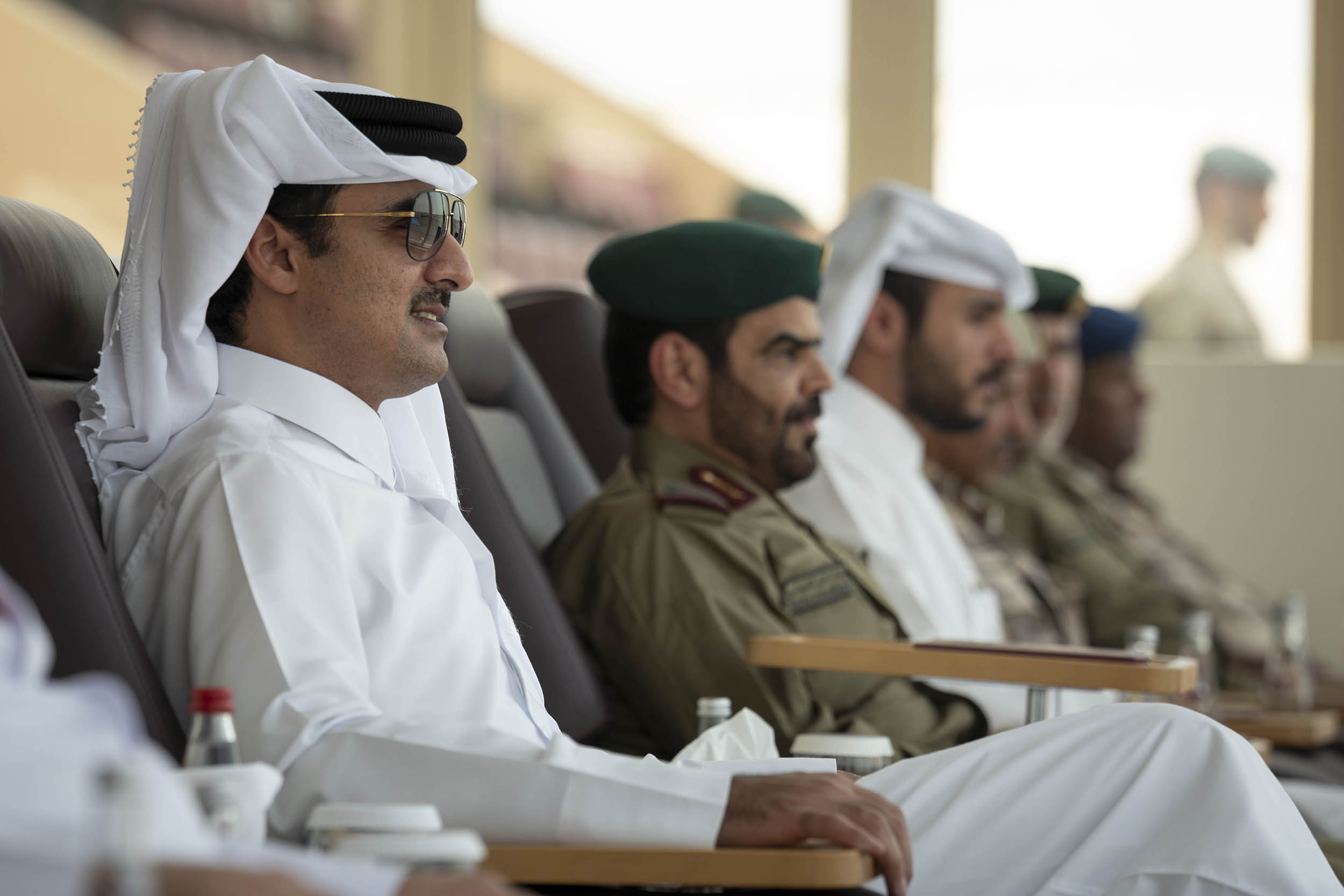 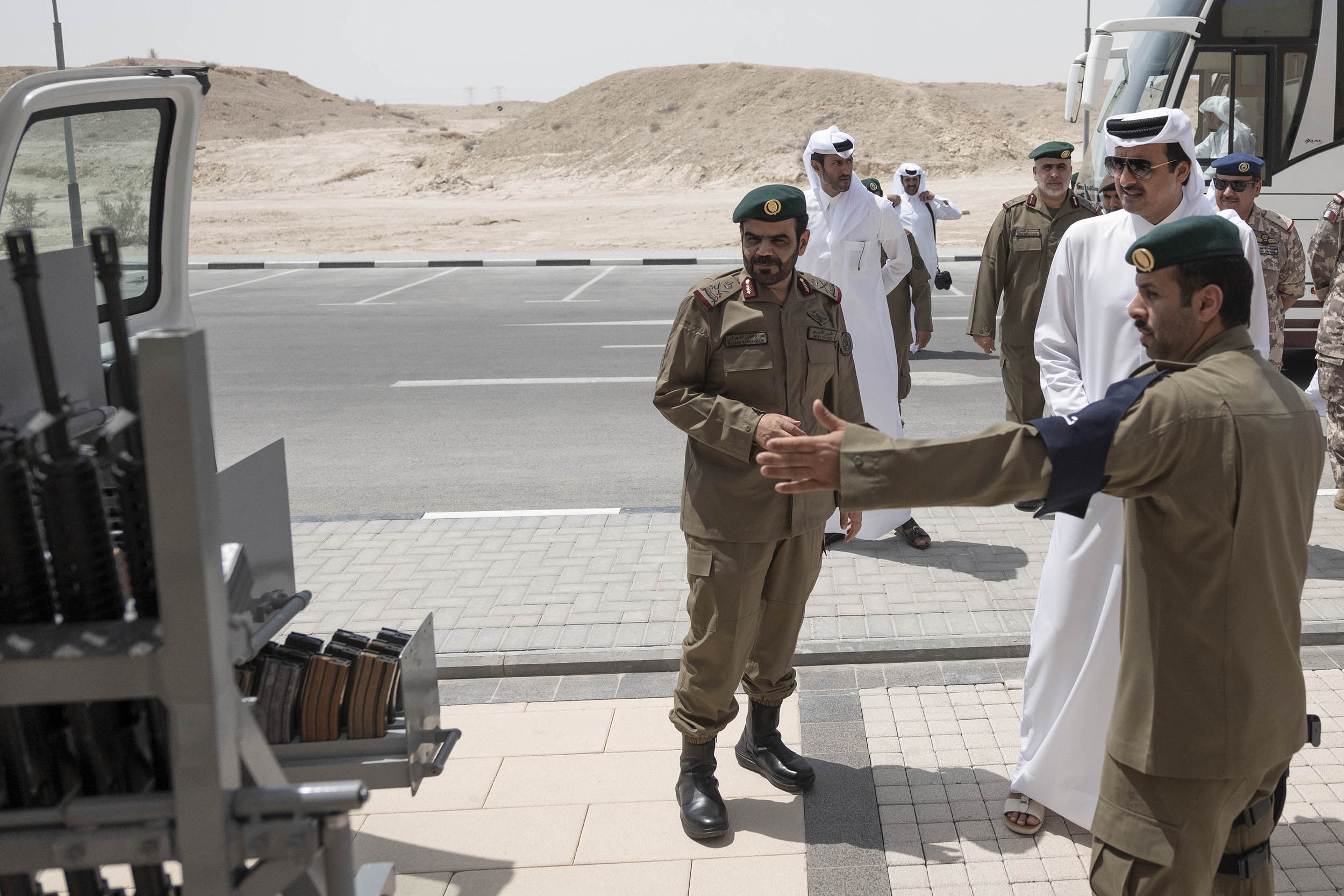 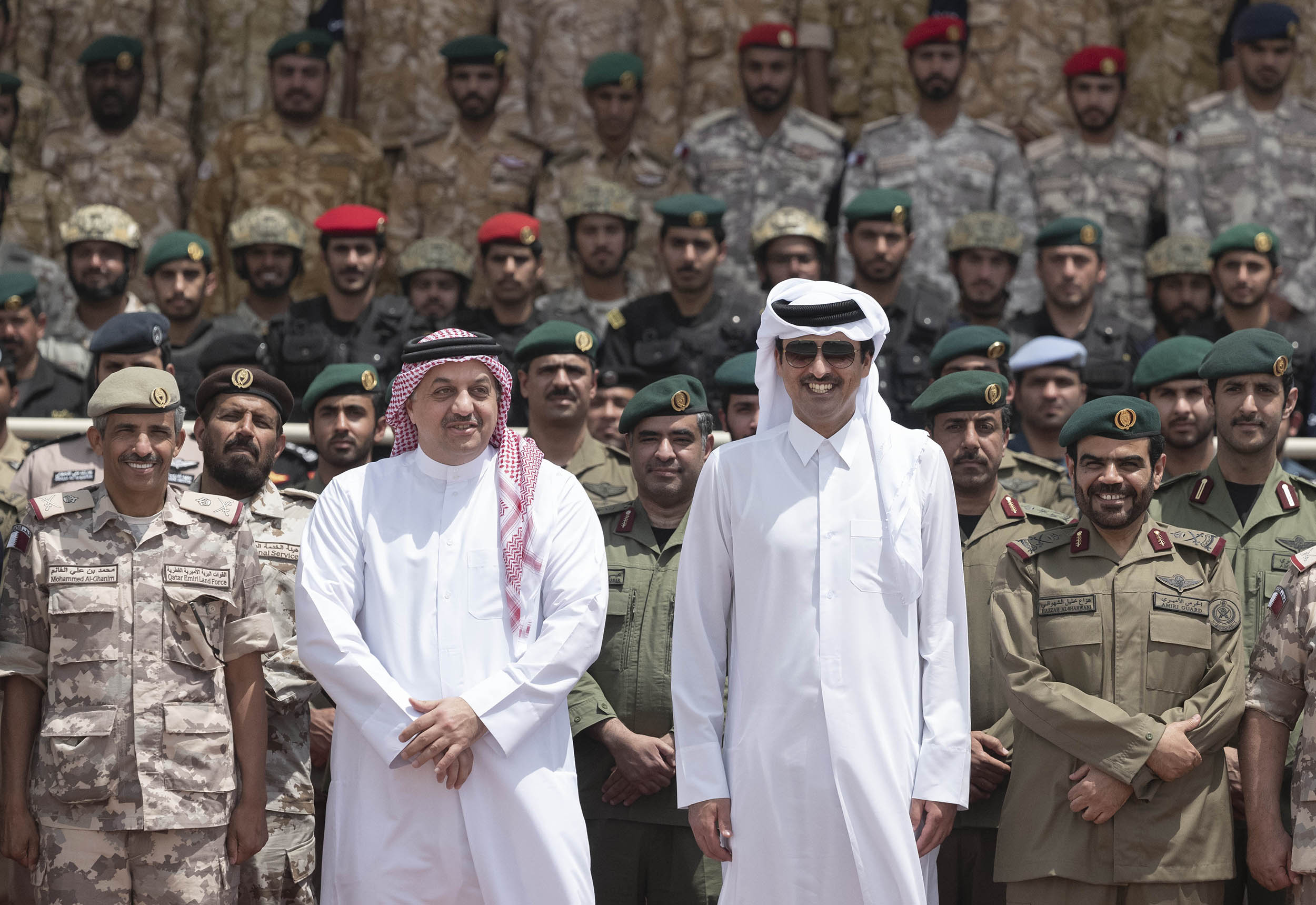 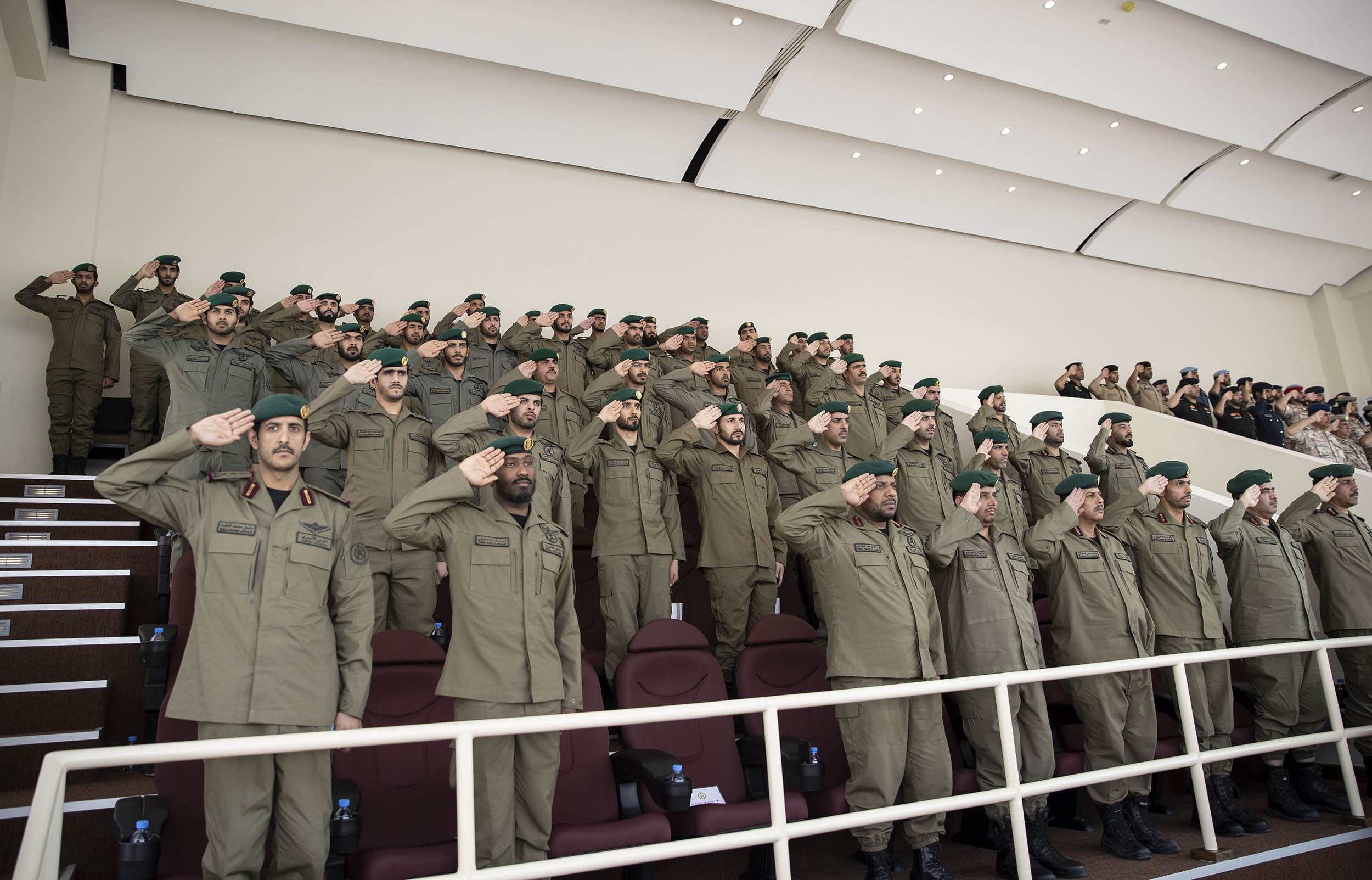 His Highness The Amir Sheikh Tamim bin Hamad Al Thani on Thursday patronized the inauguration of the new buildings in The Amiri Guard camp in Lehsaynia area.

Major Abdullah Jarallah Al Marri, the acting commander of The Amiri Guard School, gave a speech on the occasion, in which he reviewed the historical stages that The Amiri Guard has undergon, which started in 1953 with the formation of the Ruler's Guard Force, then HH The Amir's Guard Battalion and HH the Heir Apparent's Guard Battalion, before many  developments and achievements happened making the guard an independent entity under the name of Amiri Guard in 2007.

Major Al Marri said that the opening of the training edifice will help in enhancing the performance of Amiri Guard in carrying out its duties in terms of providing security and training expertise that is needed to continue coordination with the different security bodies.

The inauguration featured a film about the military village and its buildings and various military facilities, in addition to military parades of fighting and defense skills.
HH The Amir listened to a detailed explanation by a number of senior Amiri Guard officials on the modern facilities and equipment in the new building that go in line with the comprehensive renaissance in the country.

After that, HH The Amir had a field tour in buildings and visited the live shooting ranges.

A number of senior military officials attended the opening along with commanders of the armed forces and the Ministry of Interior, officers and noncommissioned officers.