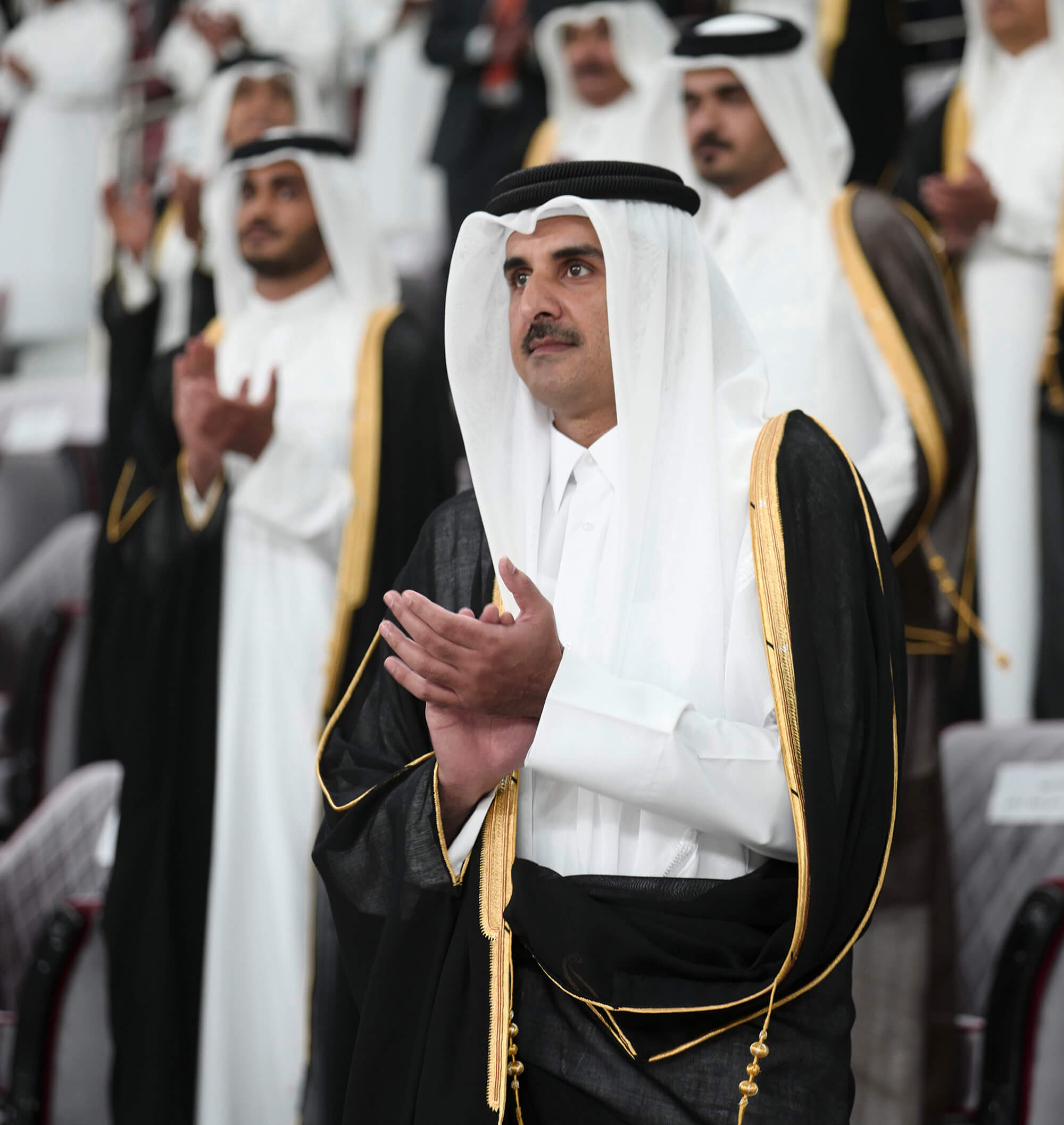 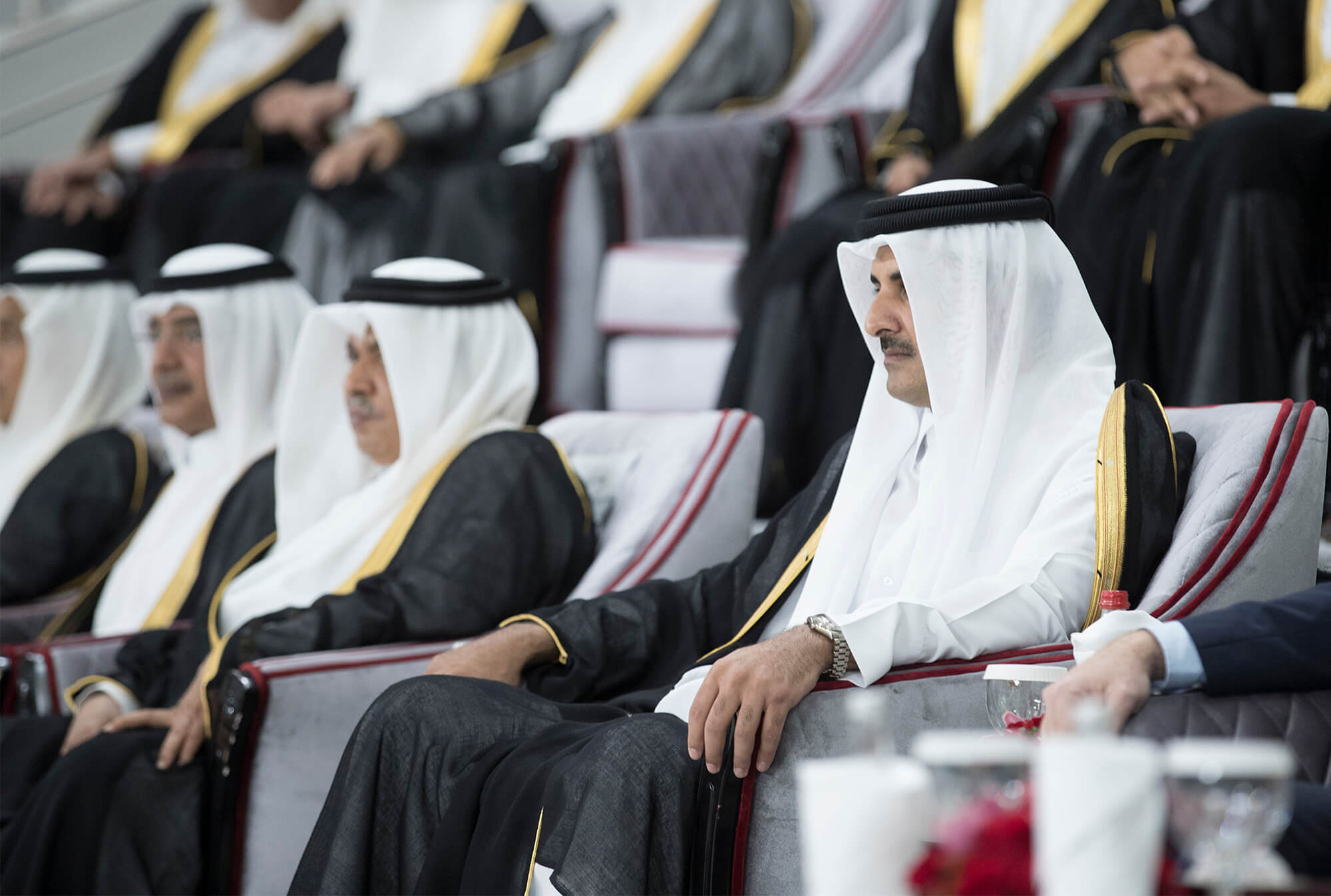 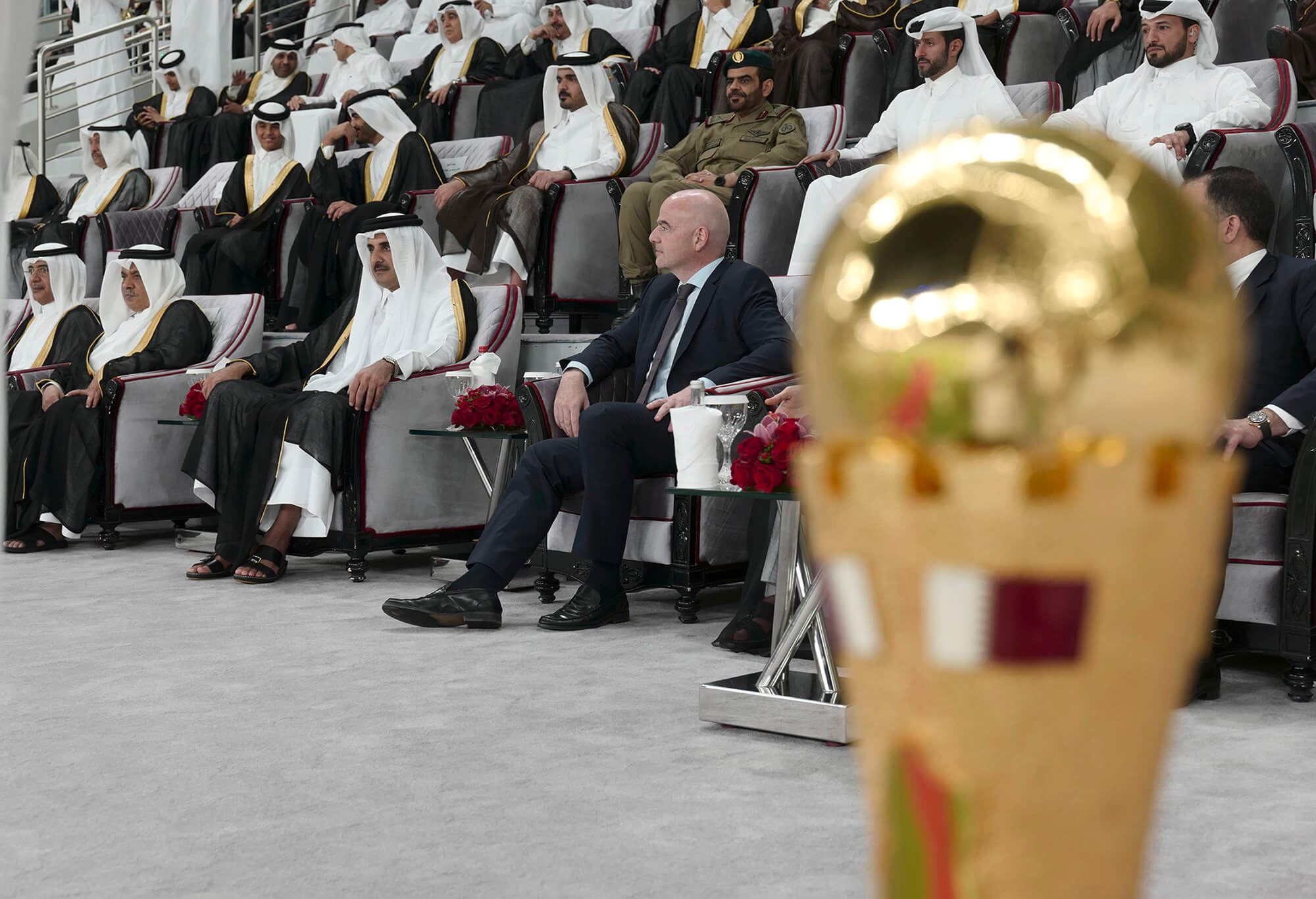 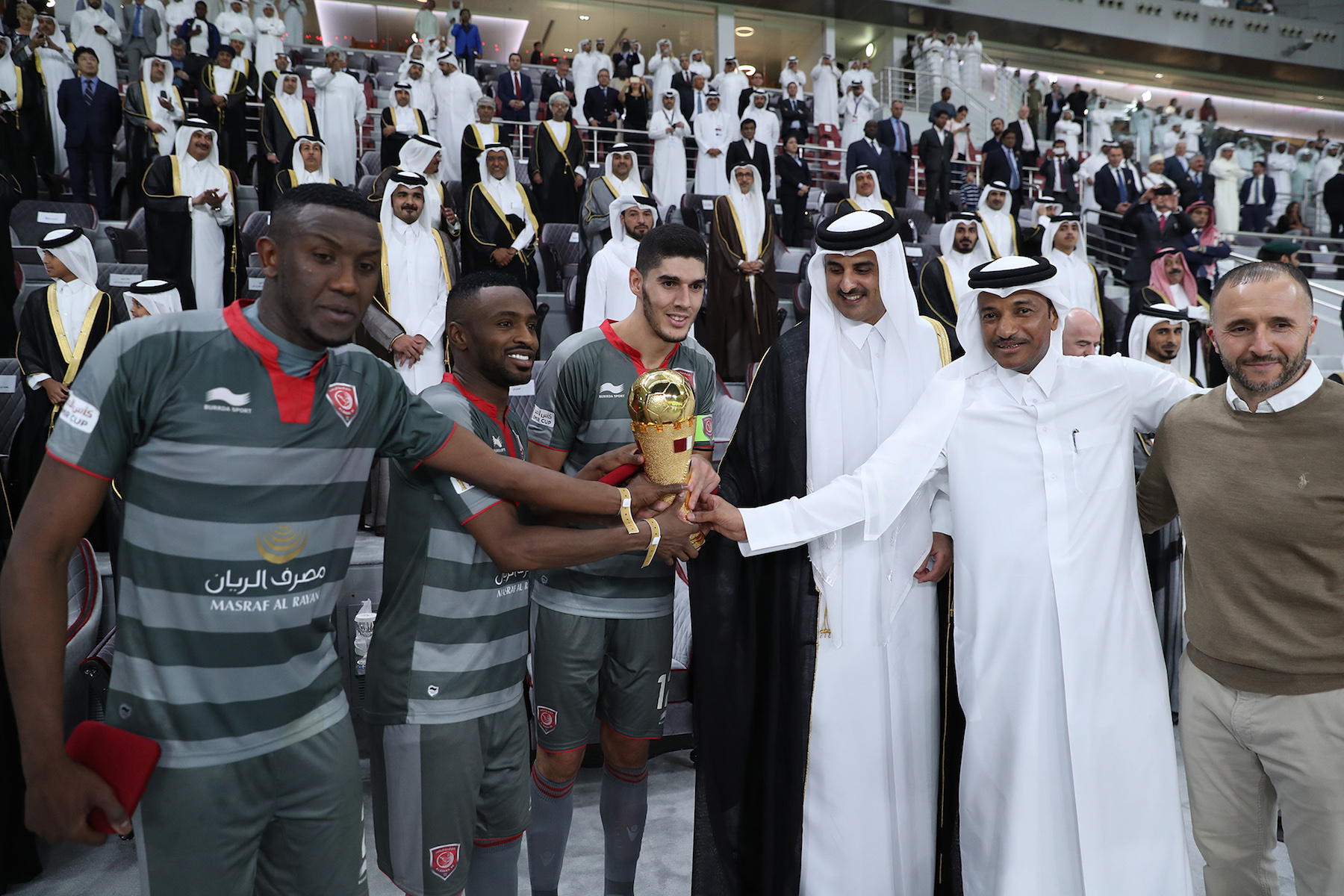 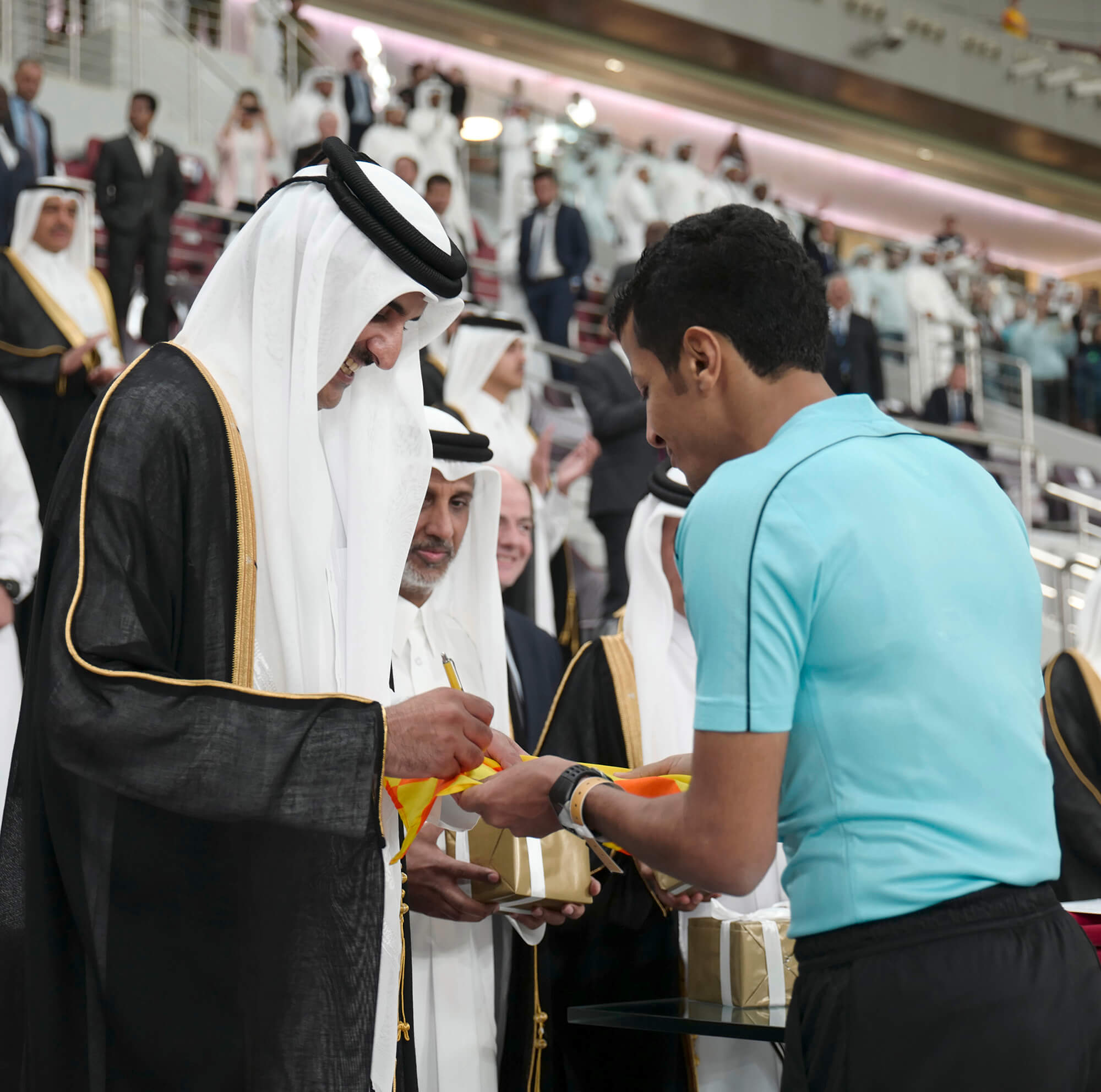 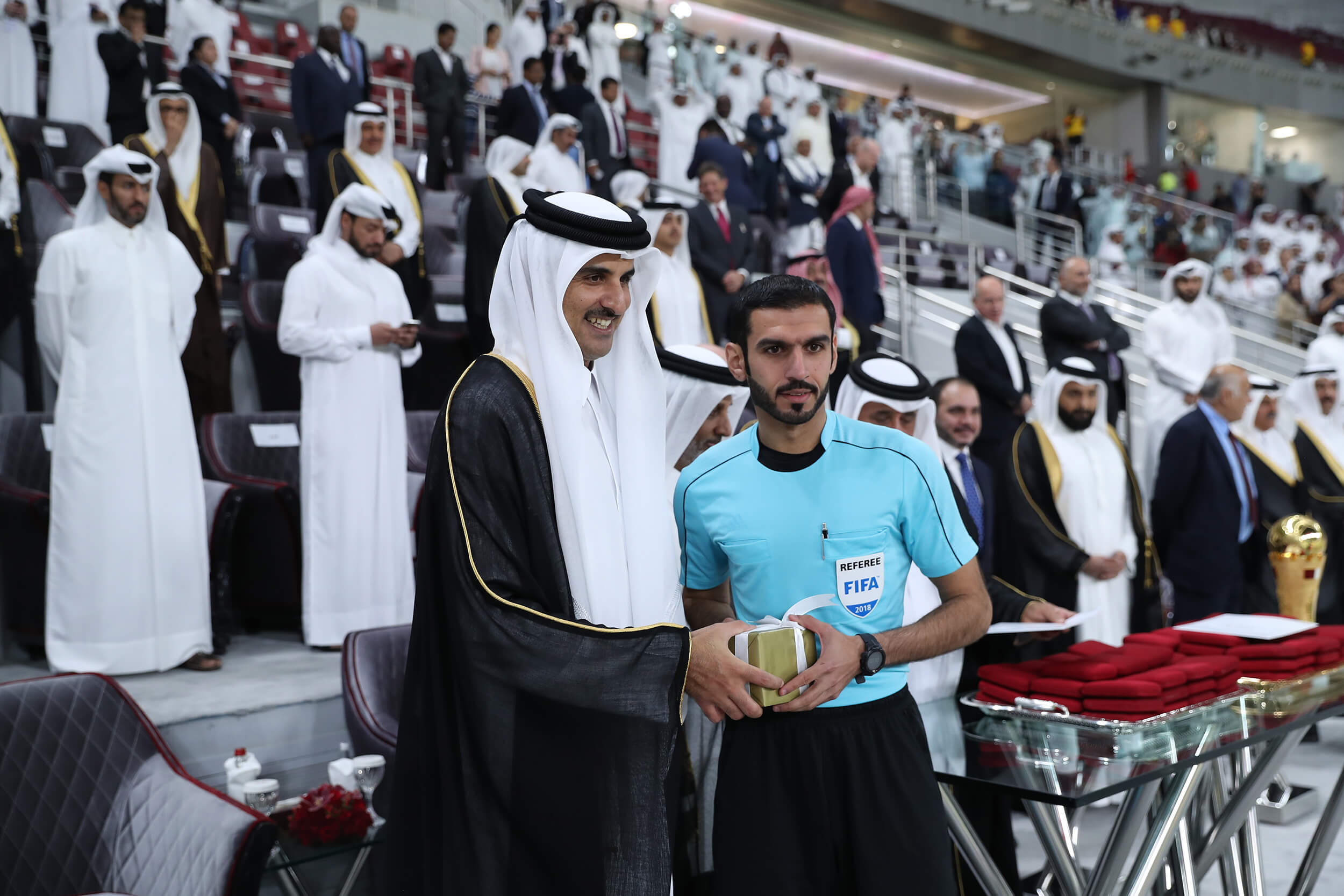 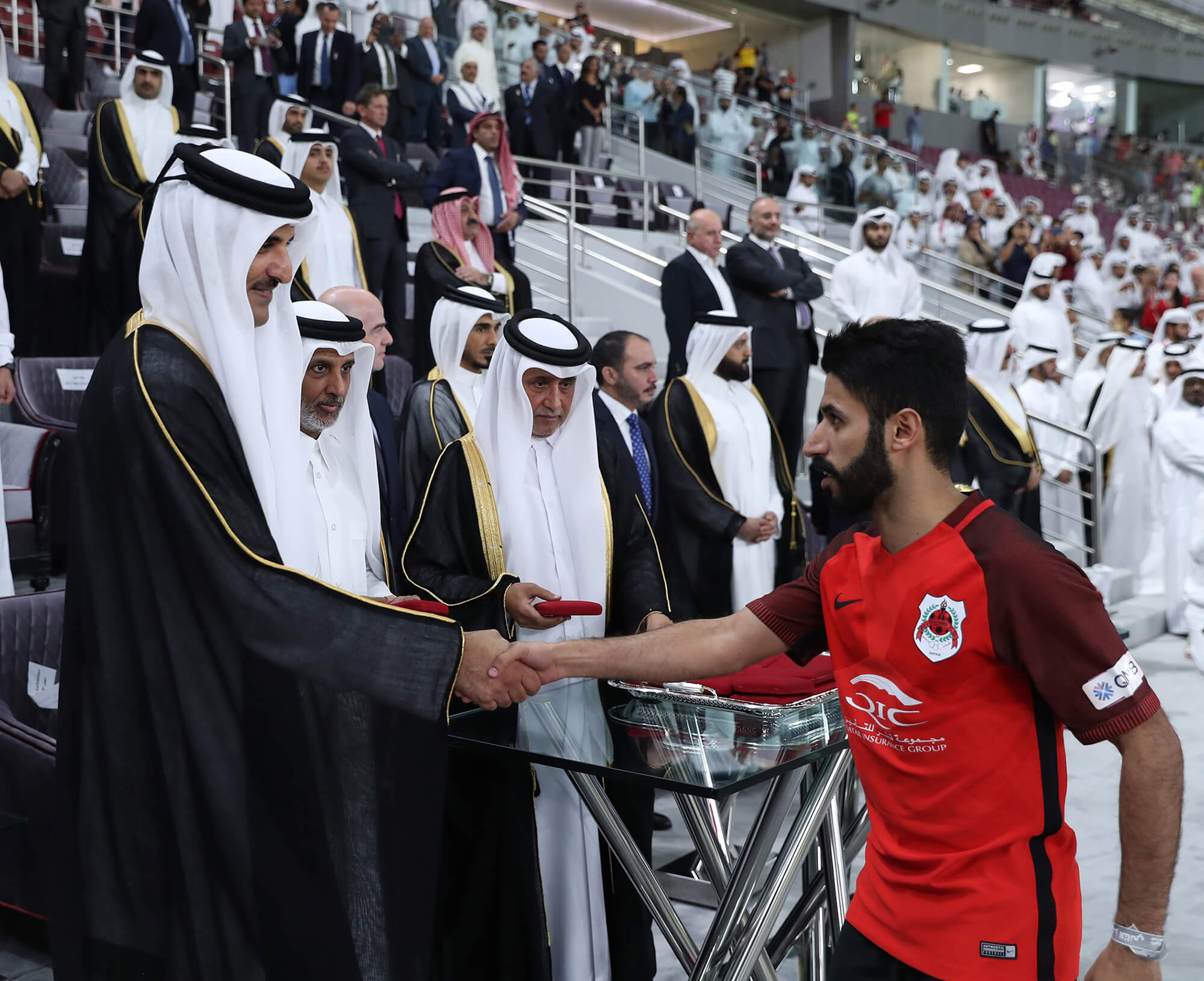 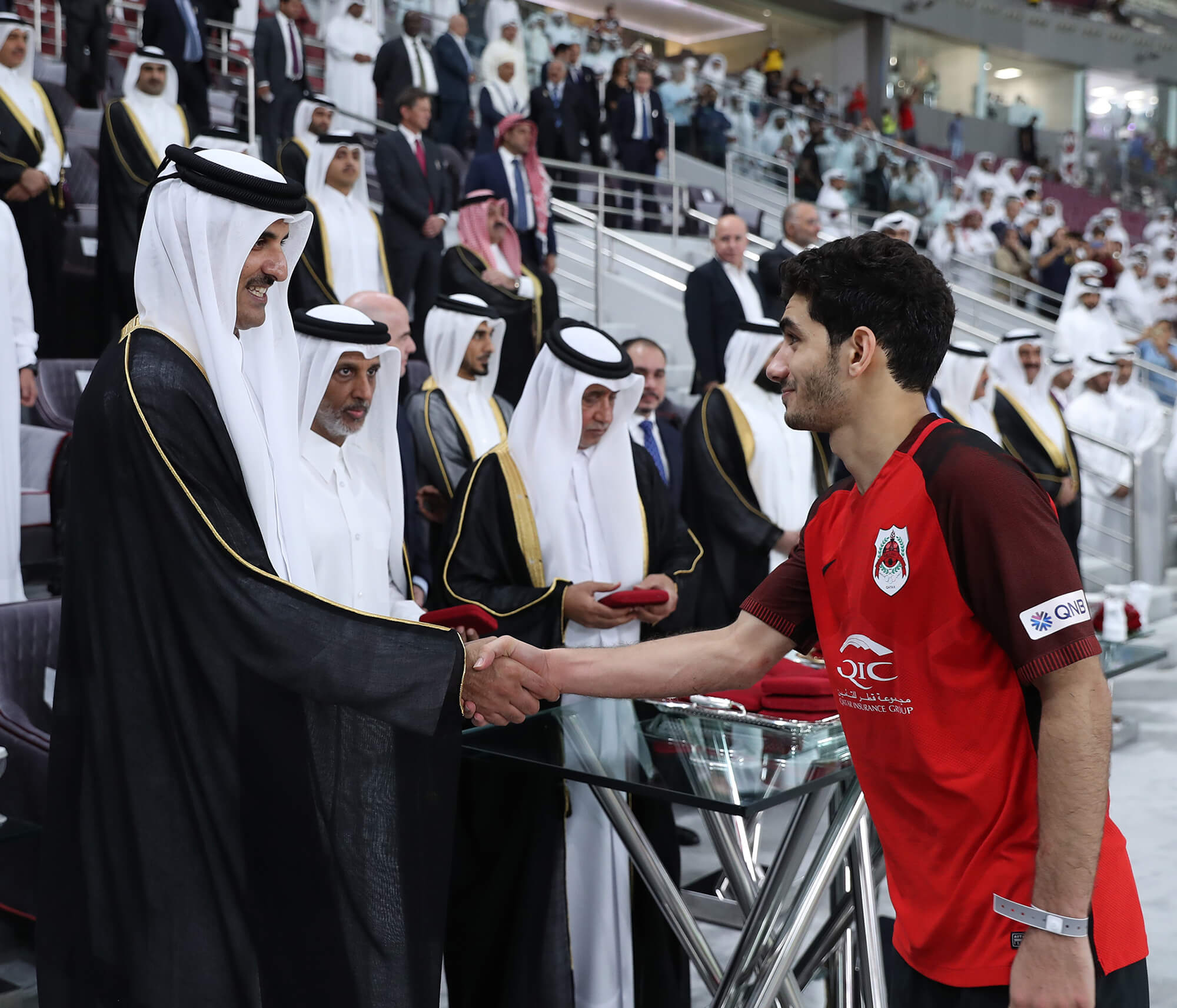 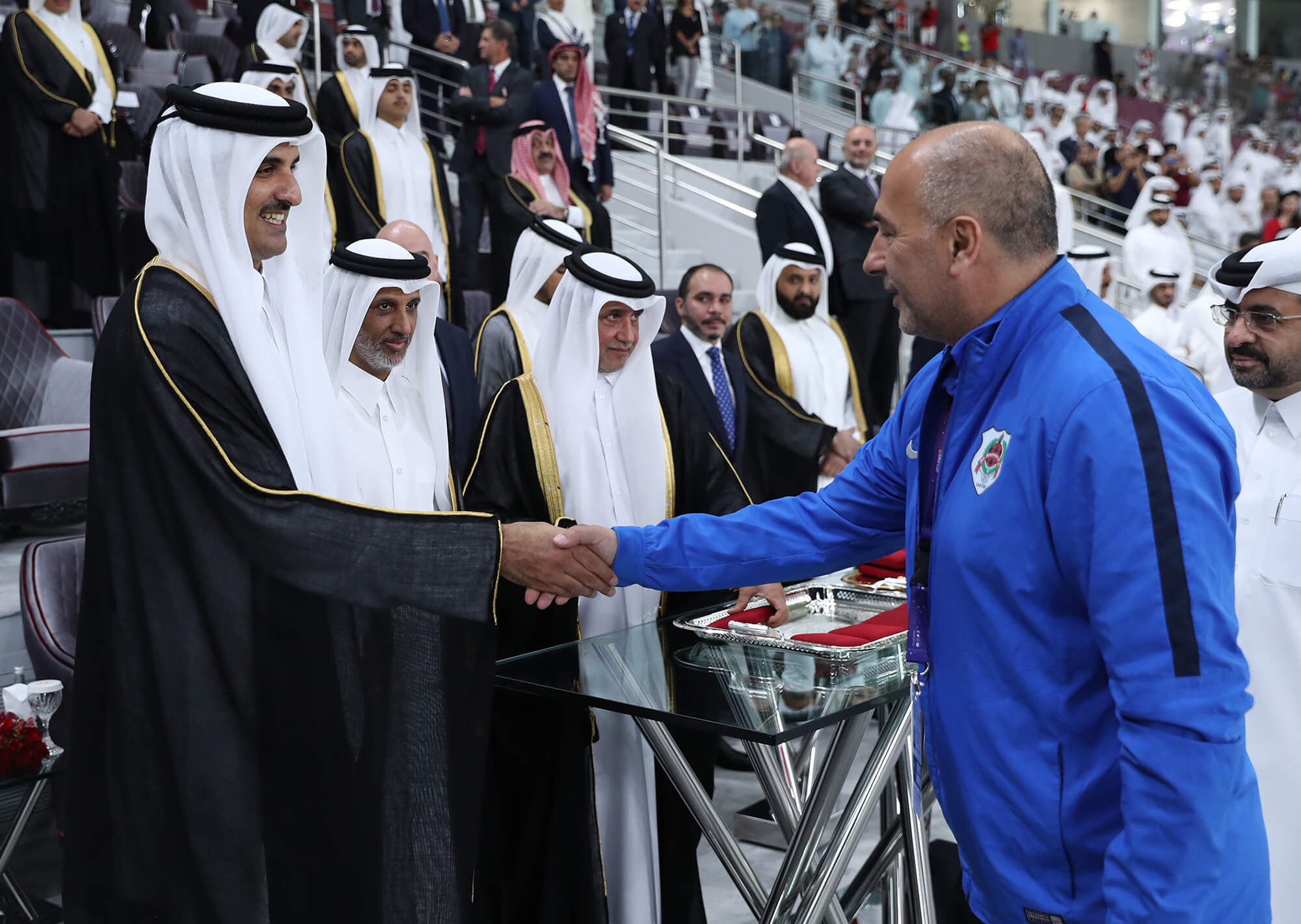 After the match, HH The Amir honoured the players of Al Duhail Sports Club with the Cup and presented them with gold medals, while His Highness presented Al Rayyan's players with silver medals.