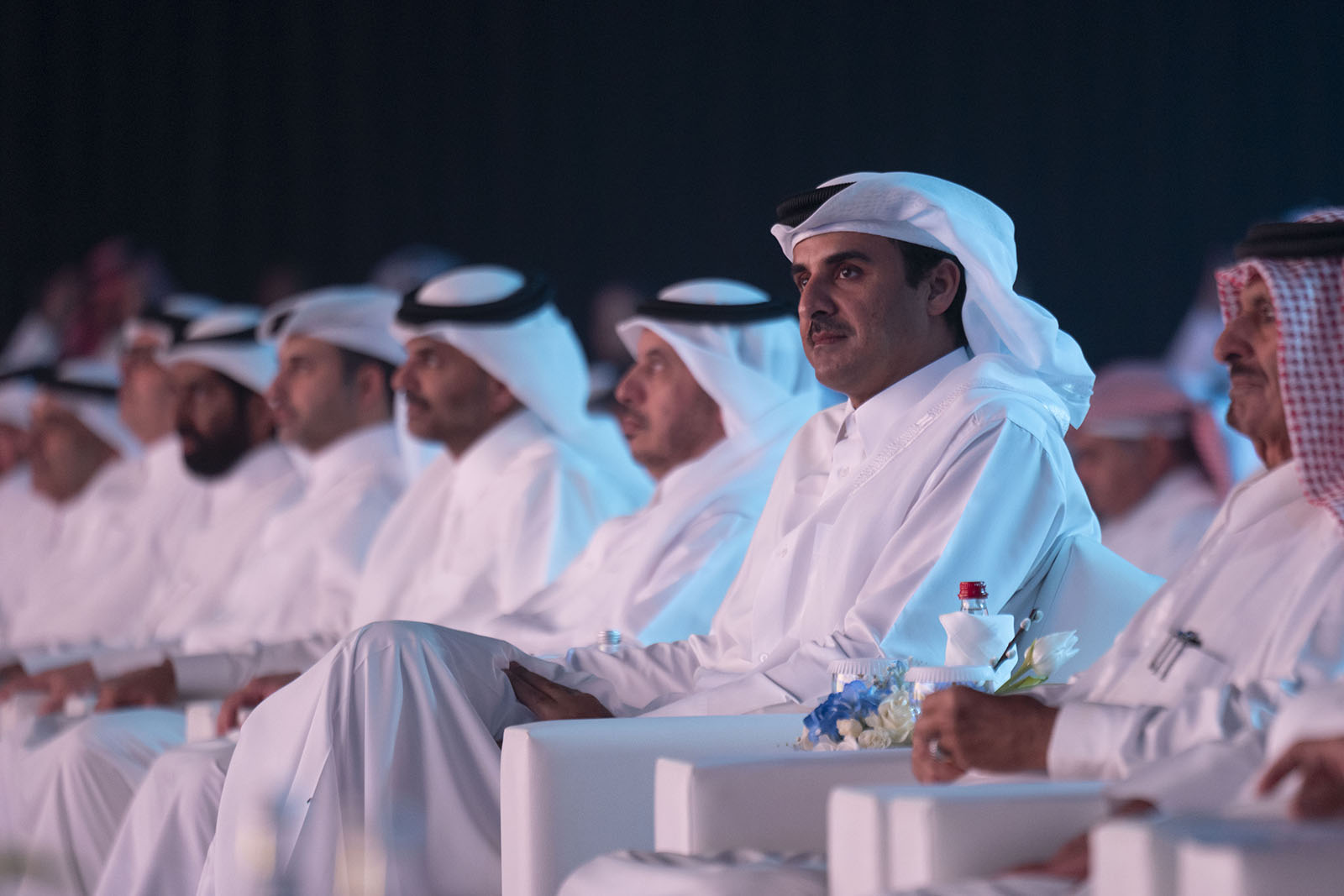 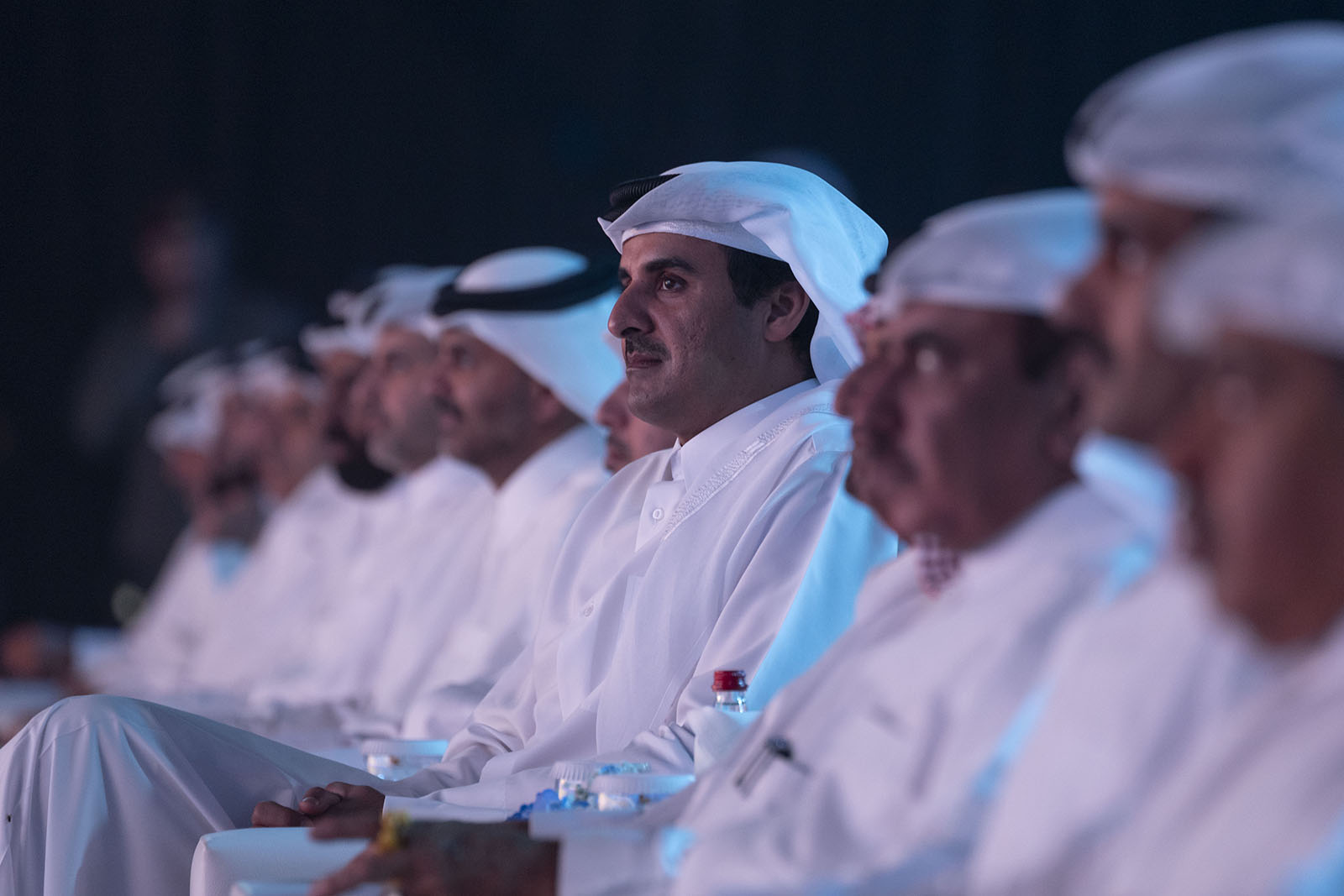 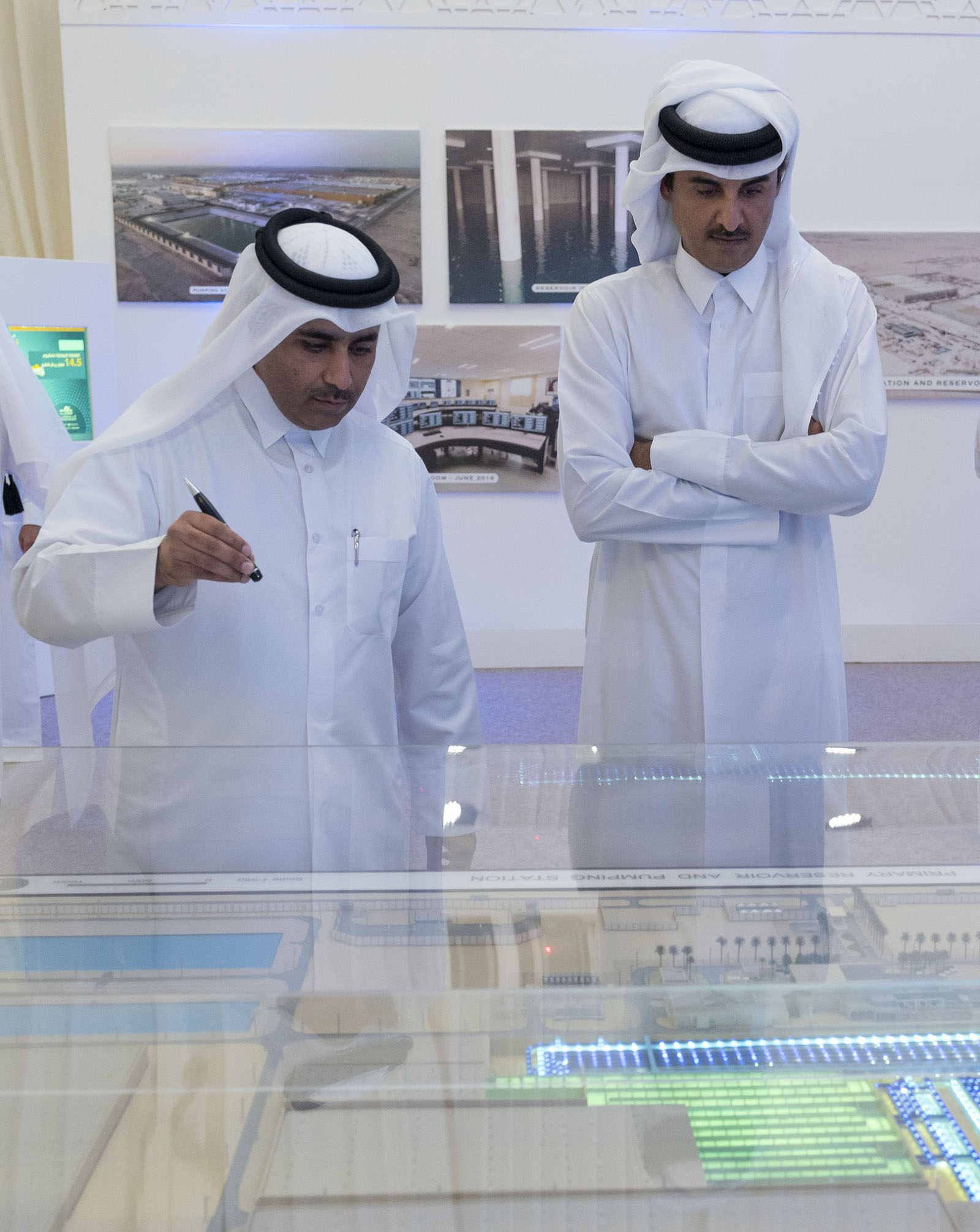 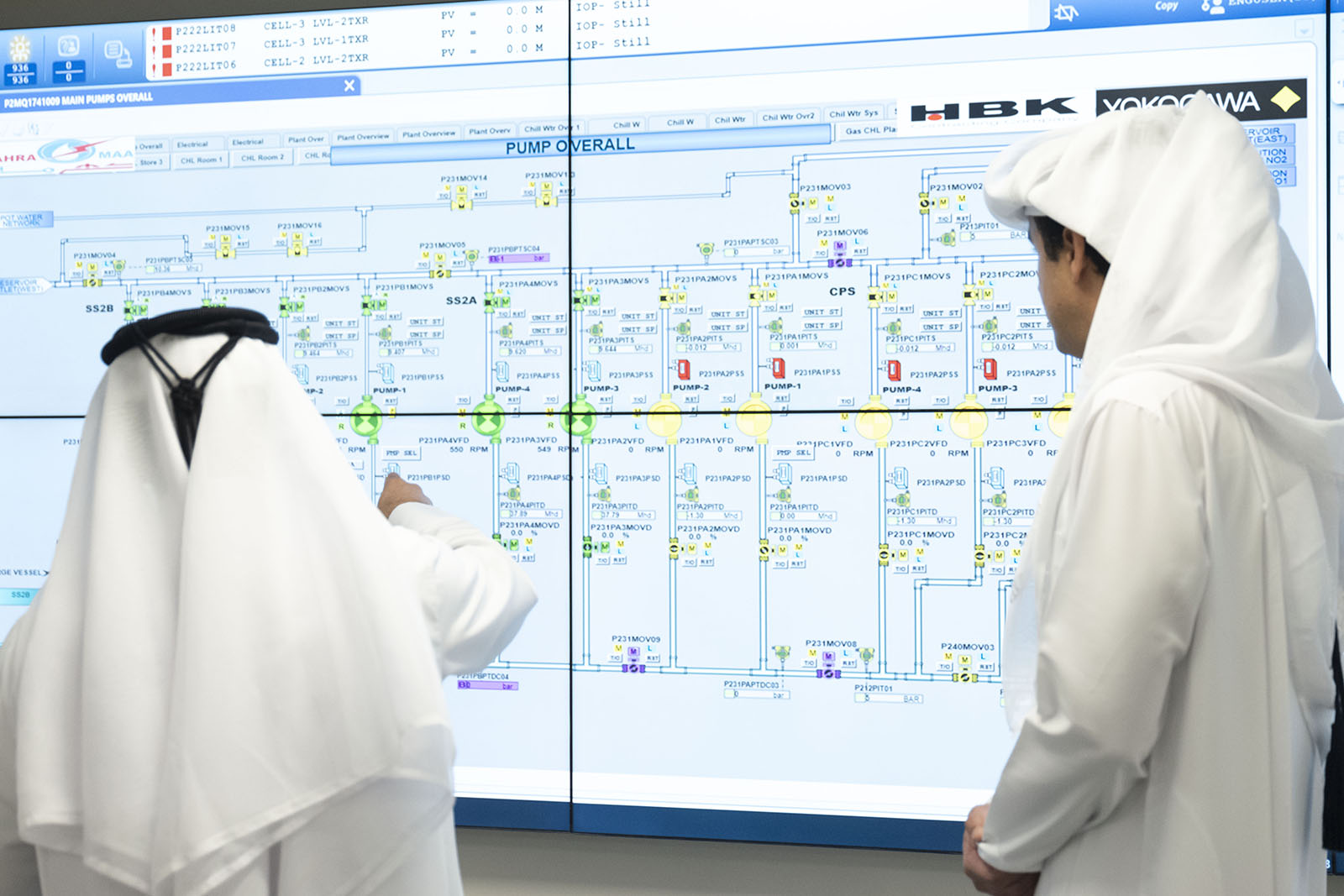 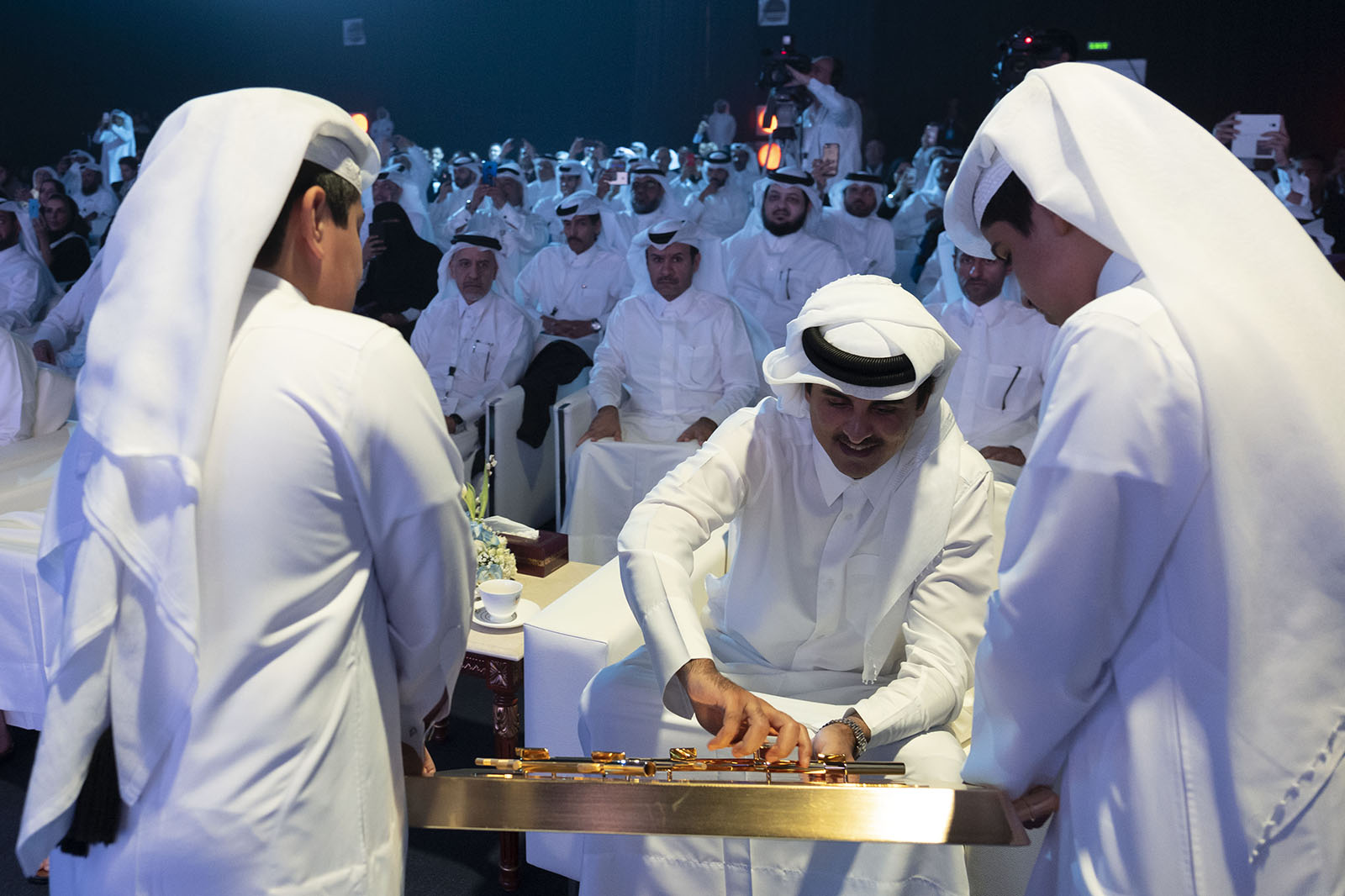 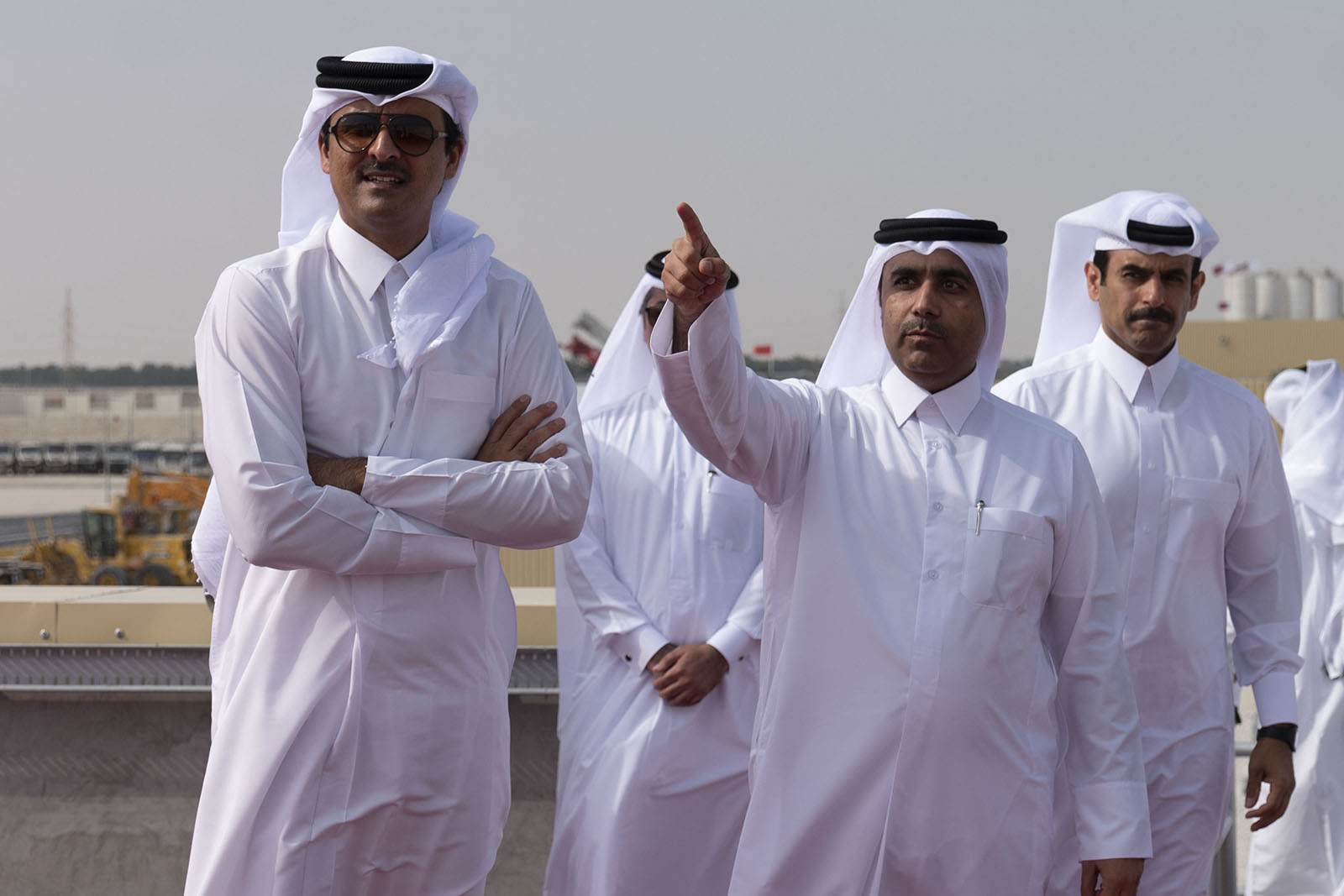 A short film was displayed during the ceremony about the strategic importance of the project, which is the largest of its kind in the region and the world with a total capacity of about 1,500 million gallons, and the workload in it, in addition to the stages of its development since 2015.

HE Minister of State for Energy Affairs Eng. Saad bin Sherida Al Kaabi delivered a speech on the occasion, saying that the strategic Water Security Mega Reservoirs Project is a mega project achieved by the State of Qatar as it is proceeding confidently towards a promising future.

HE Al Kaabi said that the project is the largest in the world and contain a huge strategic reservoir that raises the country's water storage to about 1,500 million gallons, an increase of 150%.

This giant project is worth QR14.5 billion, he said, pointing out that this phase of the project will ensure water security for the State until 2026, followed by future stages that will meet water demand even after the year 2036 by adding additional reservoirs.

The project is a fundamental key in achieving the country's water security and a clear declaration of the ability and readiness of the water sector in the State of Qatar to meet the development requirements witnessed by the country in the present and future, HE the Minister of State for Energy Affairs said.

For his part, HE KAHRAMAA President Eng. Issa bin Hilal Al Kuwari said in his speech during the ceremony that the project has begun as a vision and a creative and innovative solution to achieve the water security of the State of Qatar since 2007, before successive efforts to achieve the implementation of this project and deal with the technical challenges that accompanied this unique project in this area.

He explained that by operating this large project today, several key issues will be achieved within Qatar's water security strategy, including the increase of desalinated water storage to 2400 million gallons per day, which is enough to meet the basic needs of the State for several months under different operating conditions. In addition, by operating this project, Qatar will be able to connect water production plants in the north of the country with plants in the southern area.

HH The Amir then toured the exhibition accompanying the ceremony, during which he briefed about the project's models and a number of pictures that tell the stages of its establishment and development.

HH The Amir also visited the Reservoirs and the operations room where HH The Amir listened to a summary of the mechanisms of the work.

The inauguration ceremony was attended by HE the Prime Minister and Minister of Interior Sheikh Abdullah bin Nasser bin Khalifa Al-Thani and a number of Their Excellencies the ministers and senior officials in the energy, industry, electricity and water sectors.