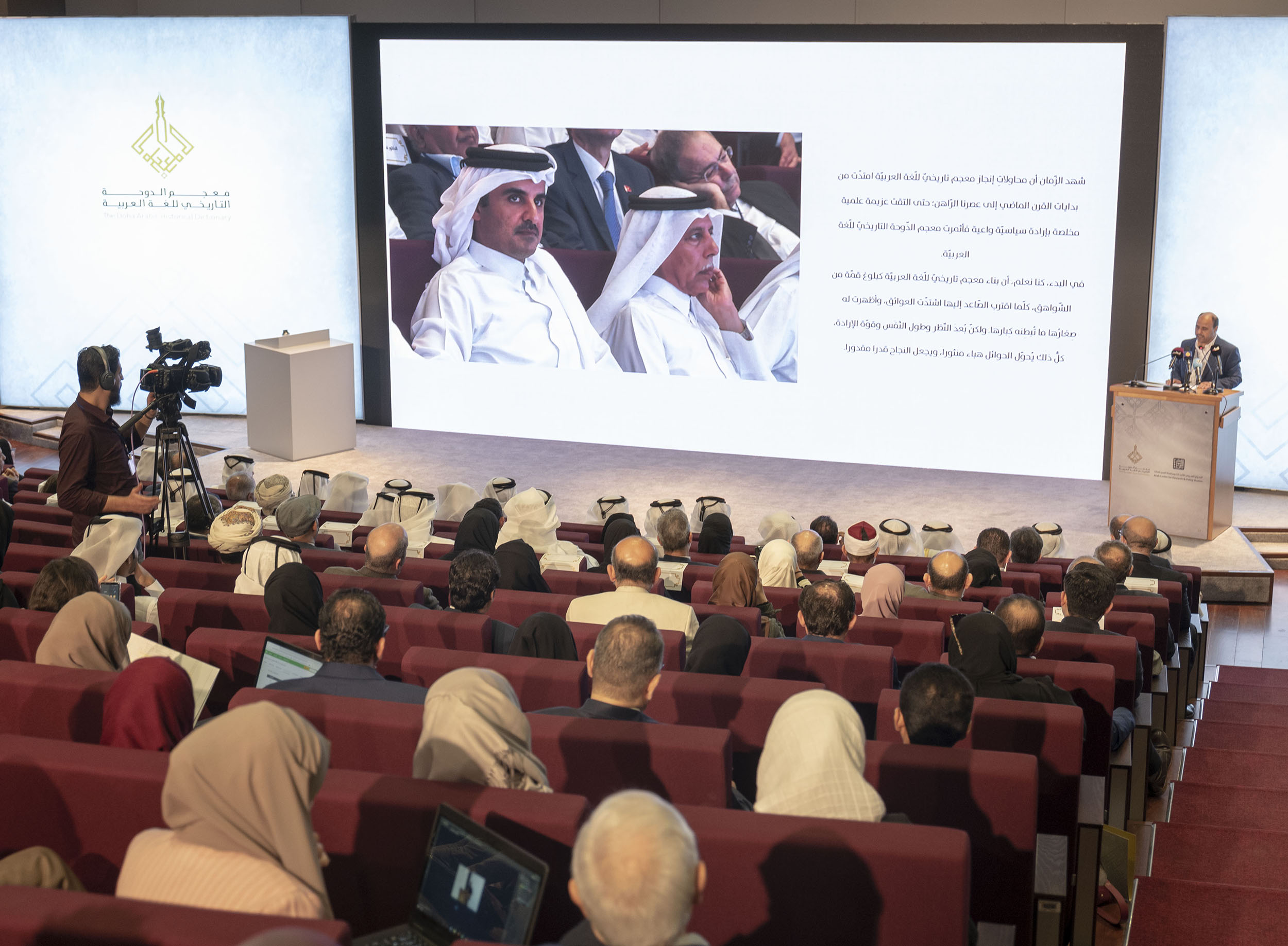 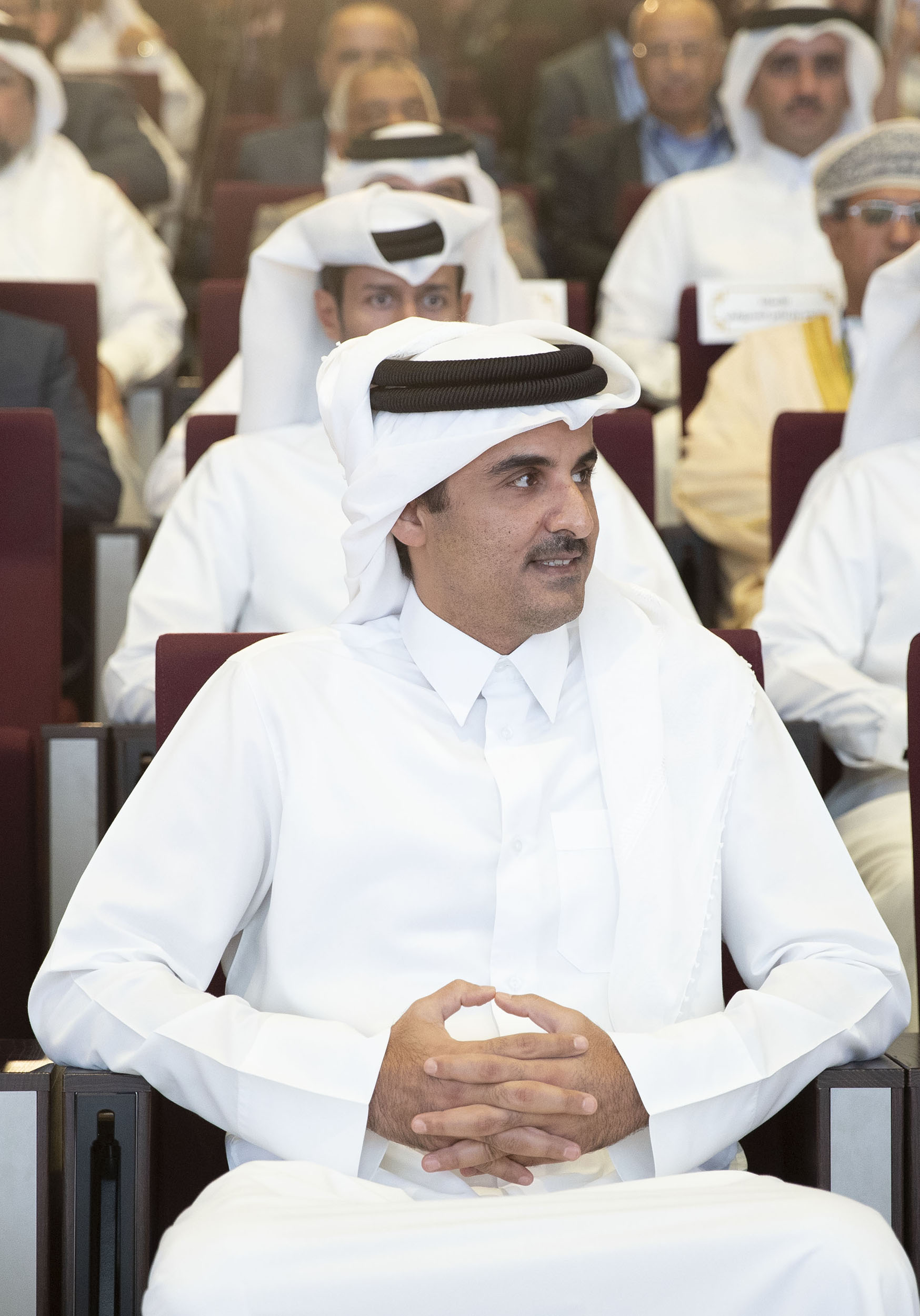 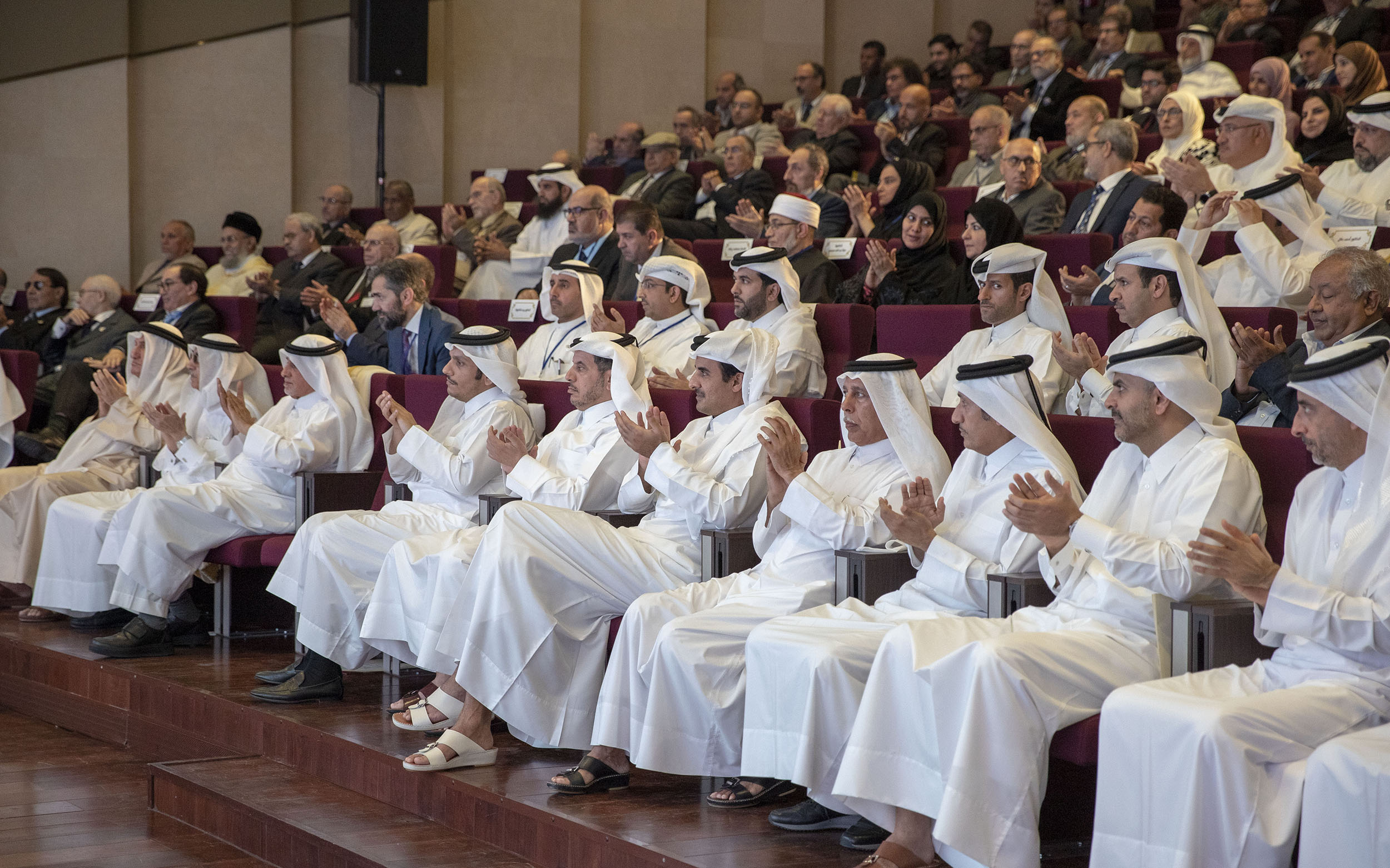 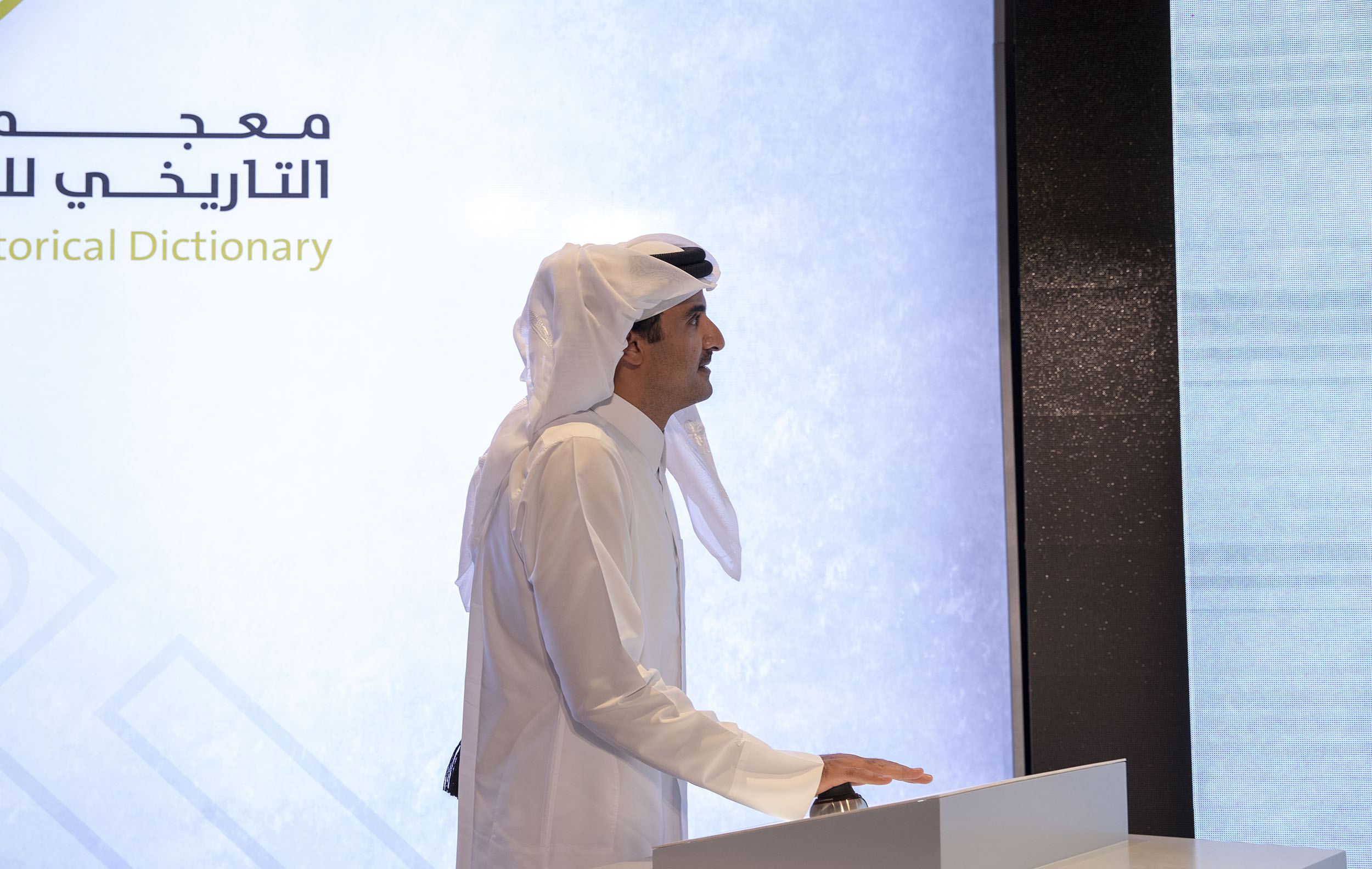 His Highness The Amir Sheikh Tamim bin Hamad Al Thani launched the web portal of the Doha Historical Dictionary of Arabic during a ceremony organized on Monday morning by the Arab Center for Research and Policy Studies of the Doha Institute for Graduate Studies.

The ceremony was attended by HE Prime Minister and Minister of Interior Sheikh Abdullah bin Nasser bin Khalifa Al Thani, HE Speaker of the Shura Council Ahmed bin Abdullah bin Zaid Al Mahmoud and a number of Their Excellencies the ministers, senior officials, academics and intellectuals, as well as a number of university professors, experts and linguists from Arab countries.

At the beginning of the ceremony, verses from the Holy Quran were recited followed by a number of films about the importance of the Doha Historical Dictionary of Arabic, the stages of its development, the characteristics of the first stage and information about its web portal.

The Director-General of the Arab Center for Research and Policy Studies and a number of members of the Scientific Council of the Dictionary gave speeches on this occasion, in which they explained the historical and linguistic value of this dictionary.