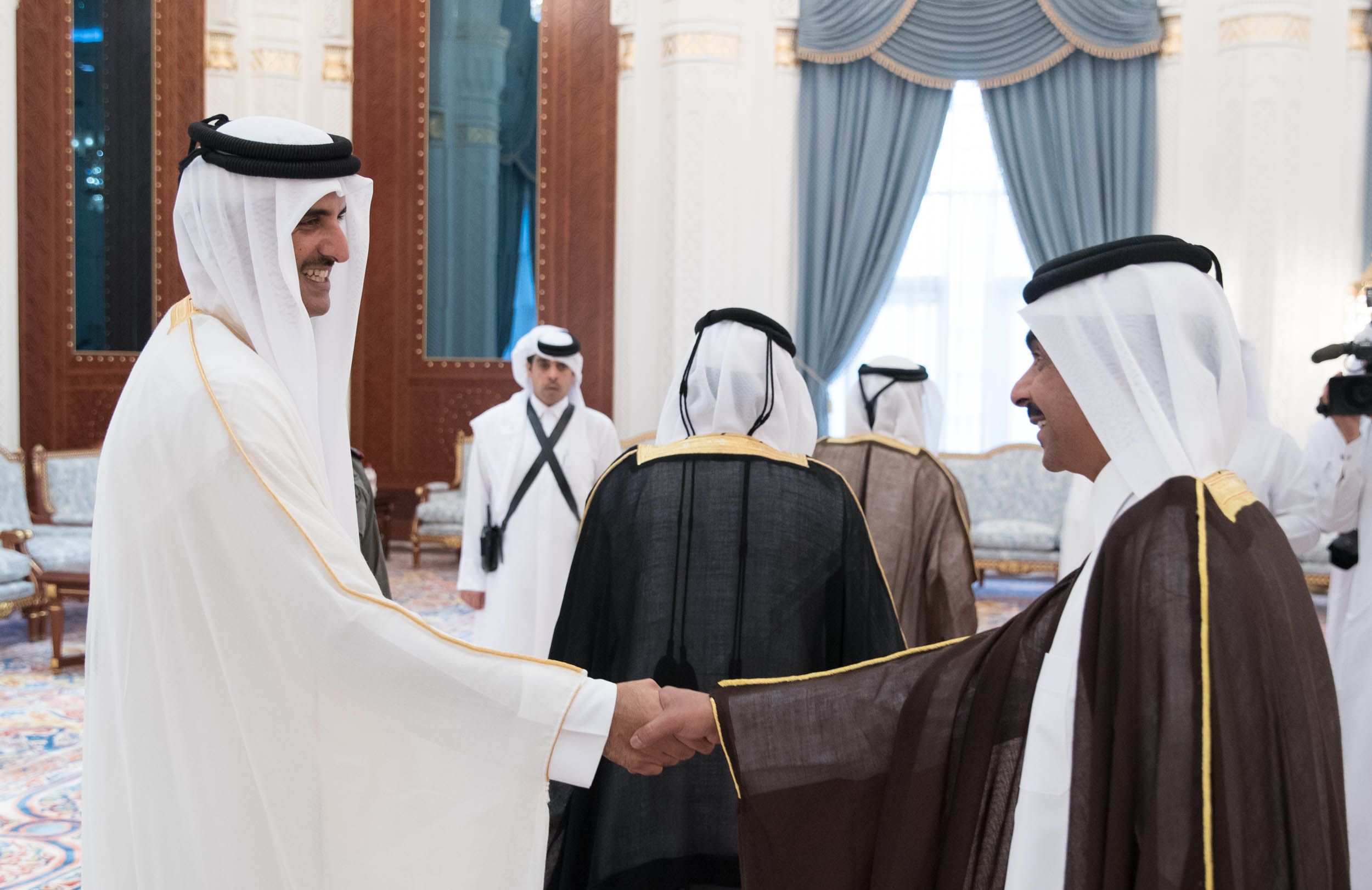 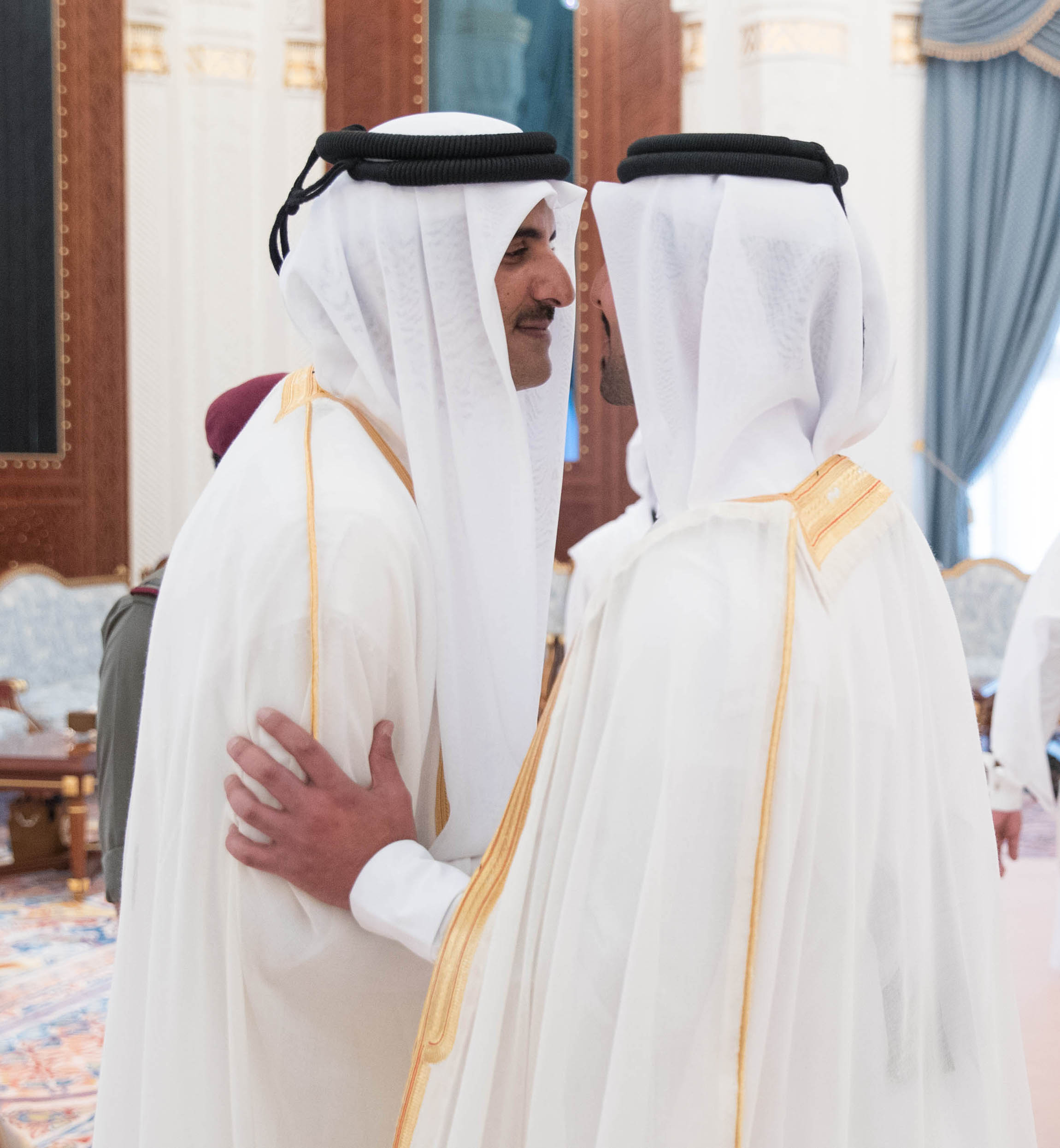 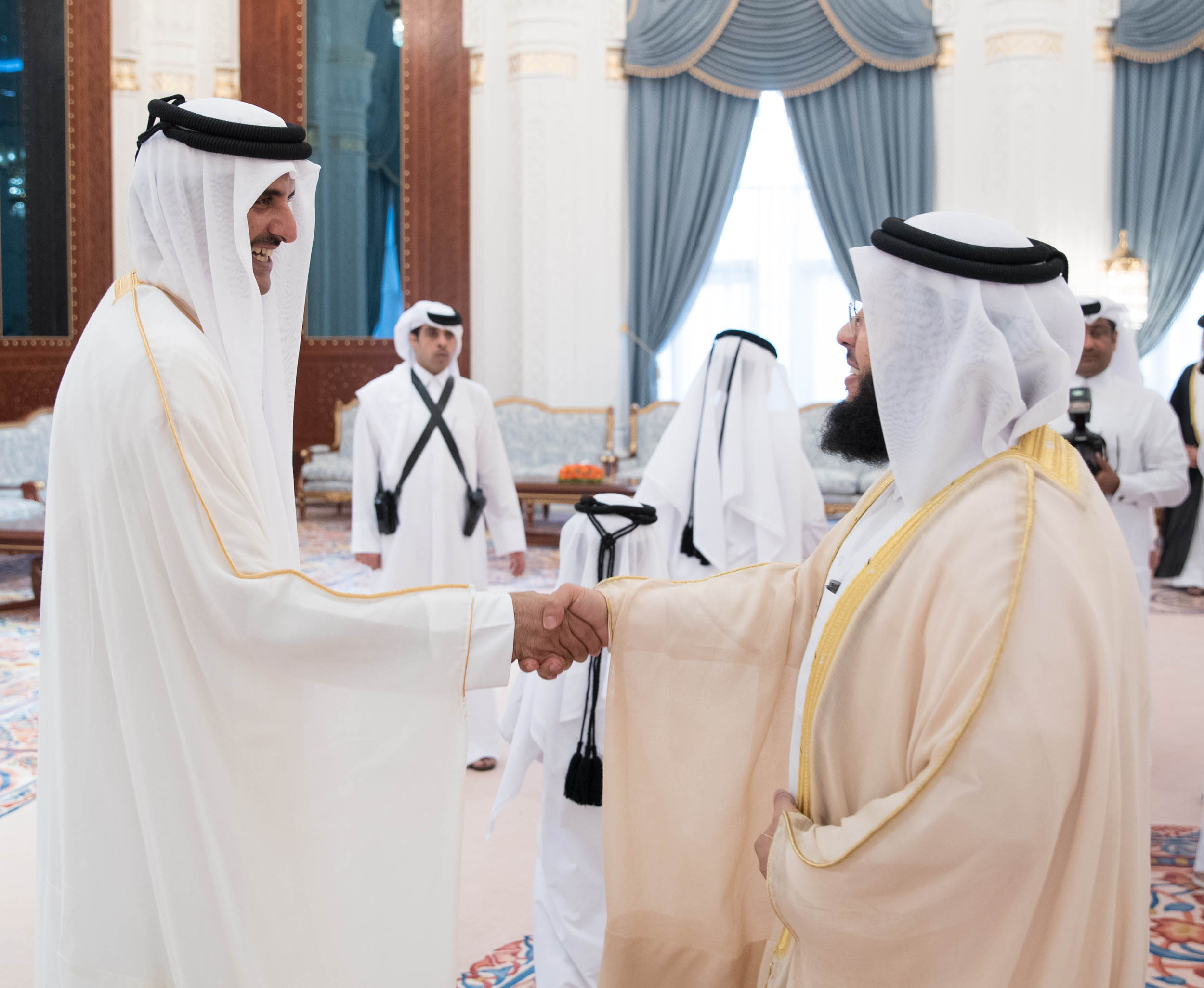 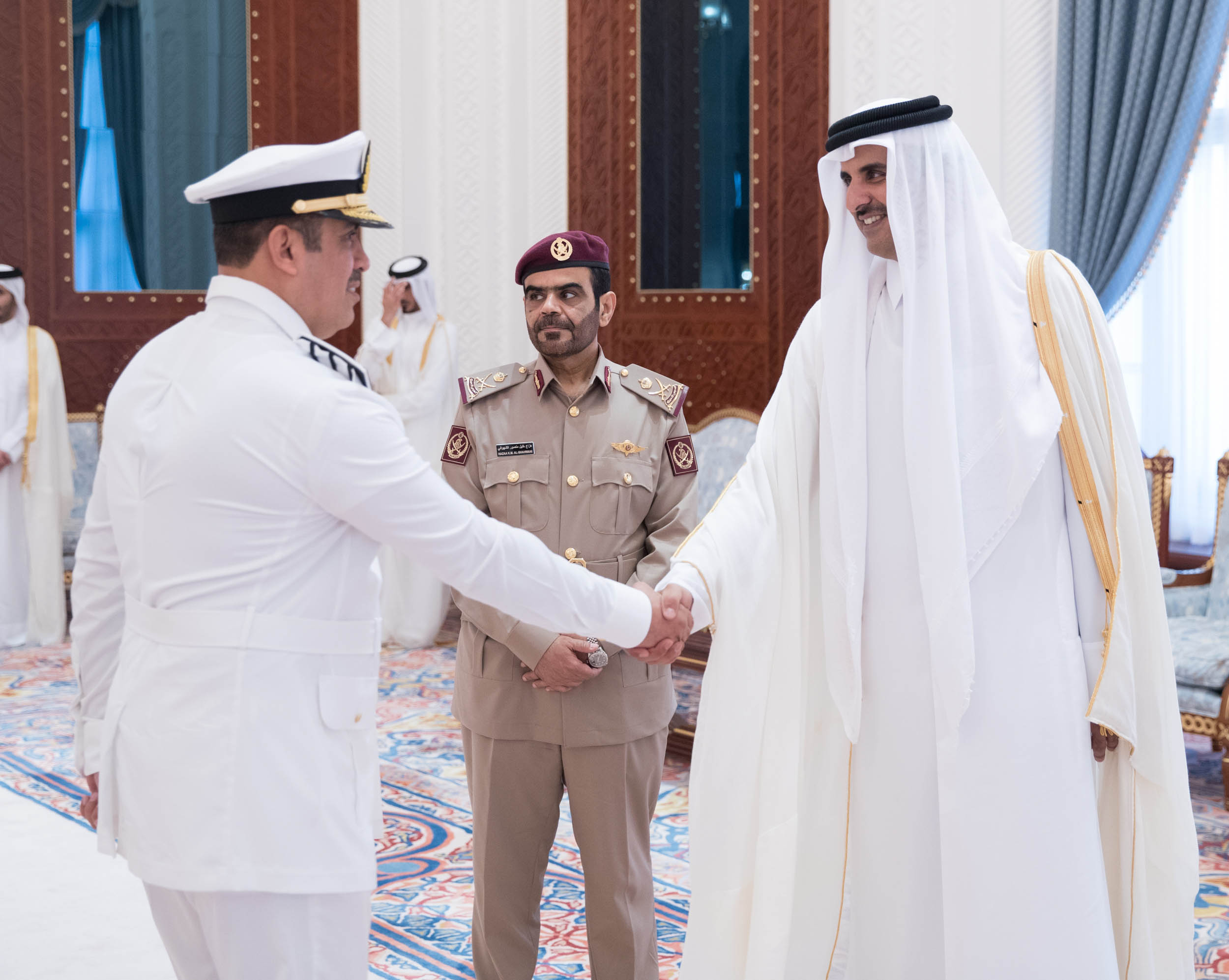 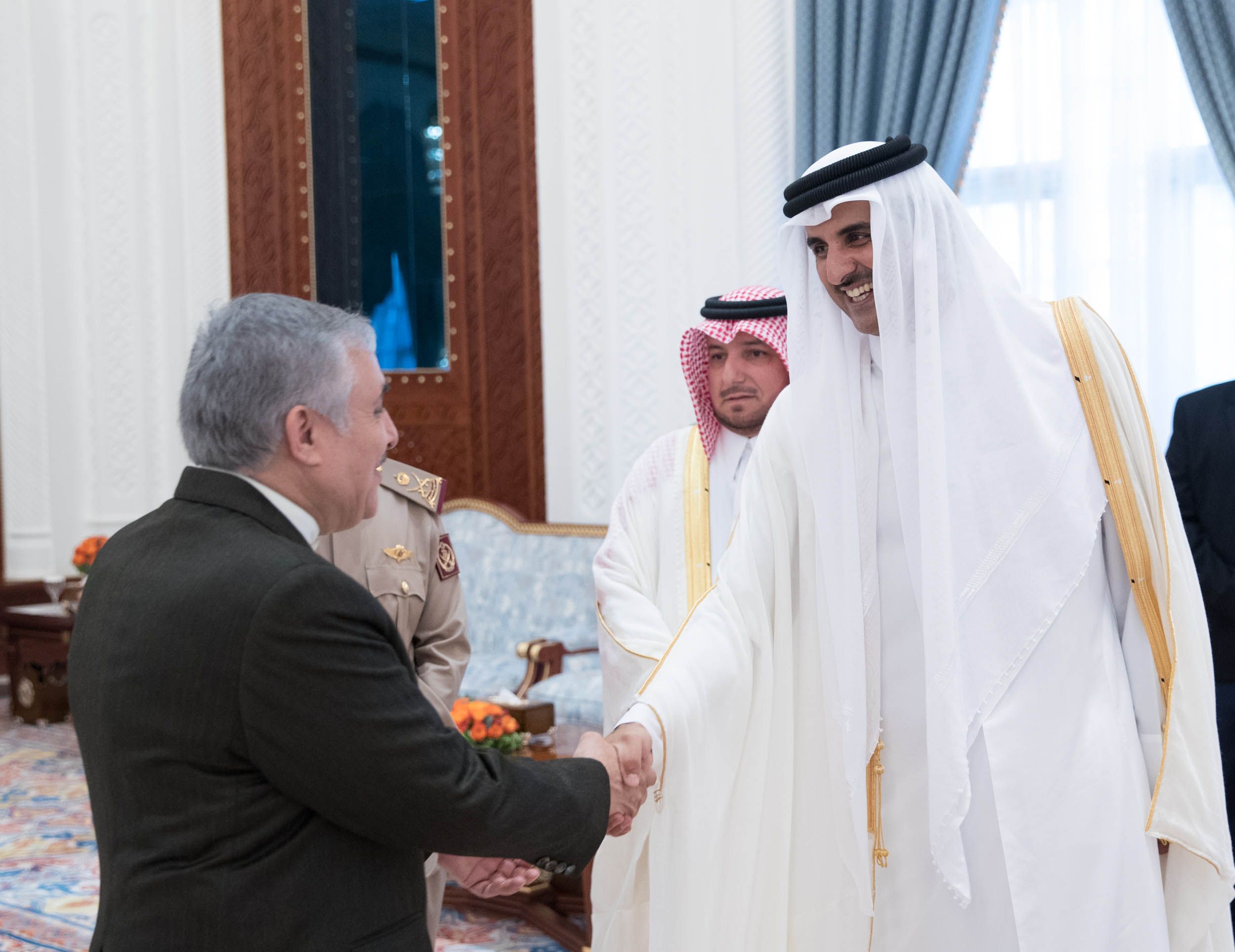 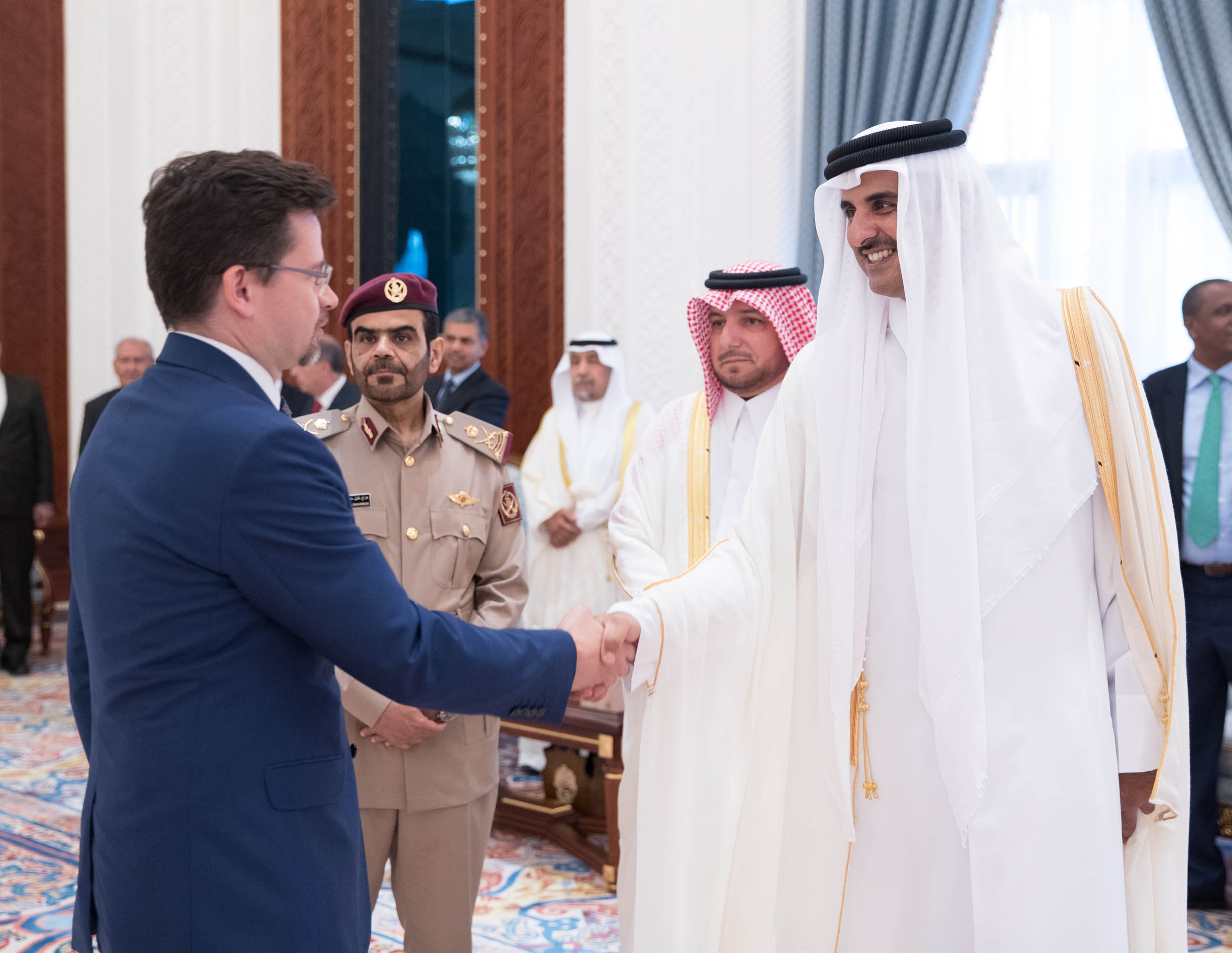 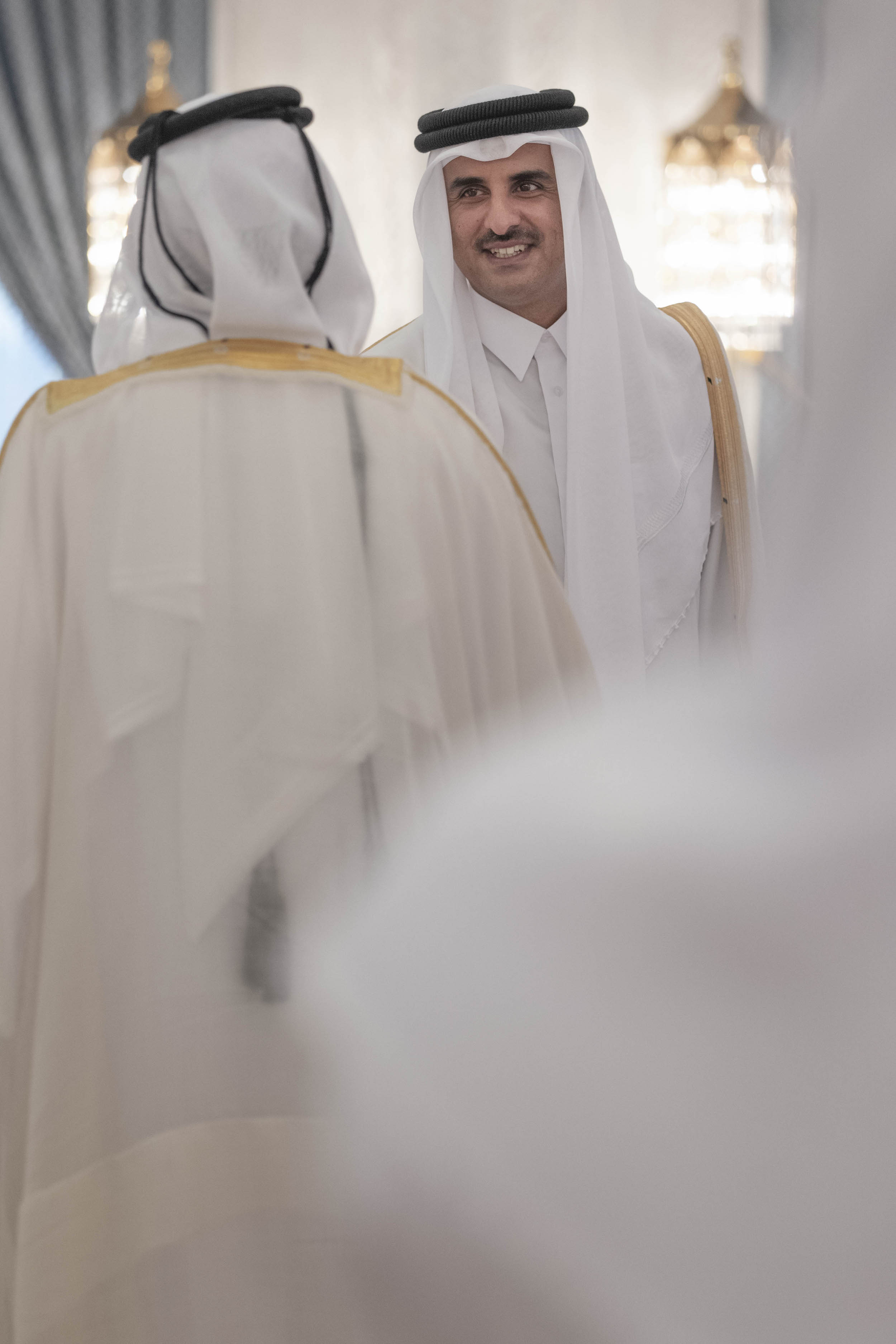 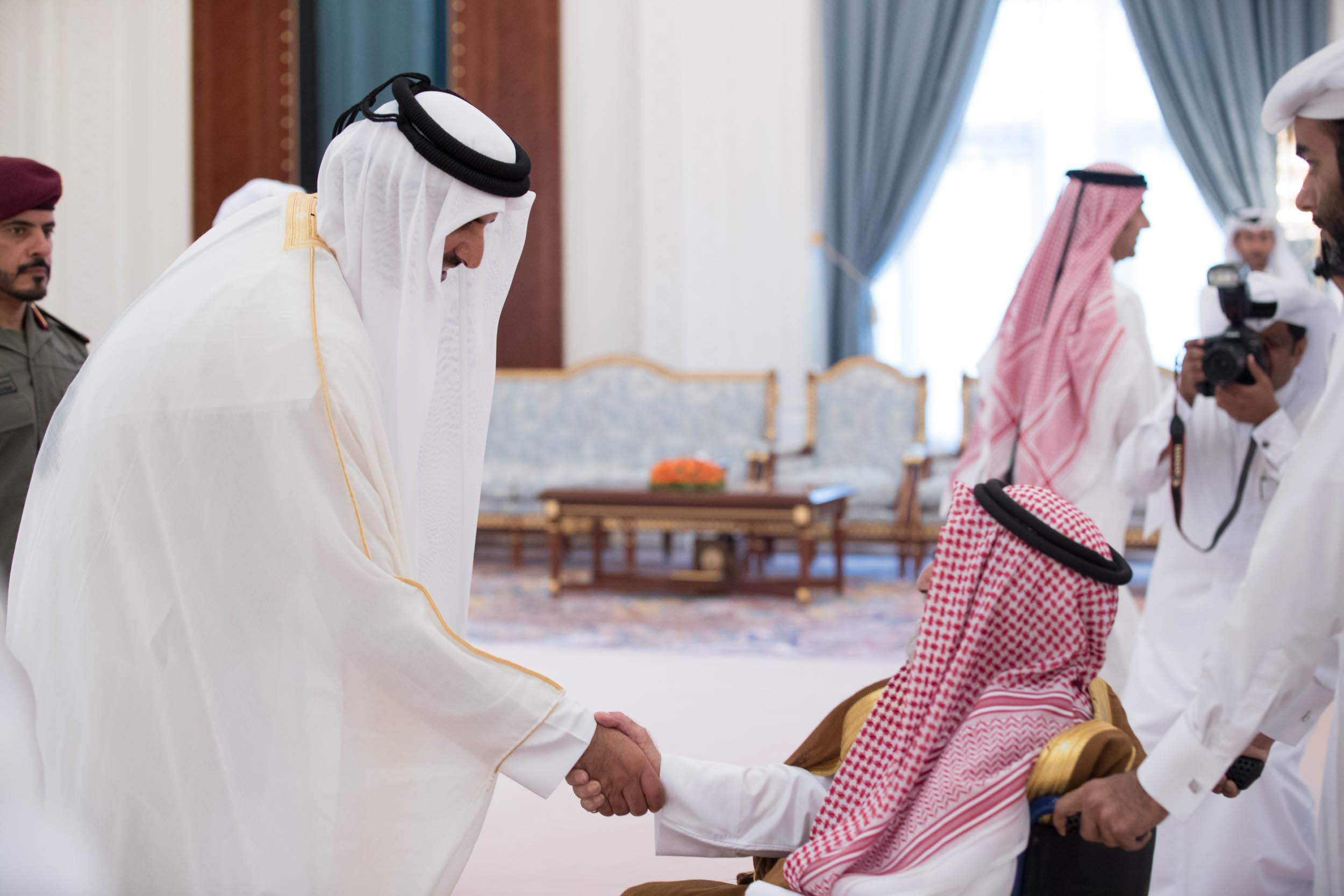 HH The Amir also received Their Excellencies heads of diplomatic missions accredited to the country as well as army and police officers, and heads of national institutions and departments.

The well-wishers expressed their greetings and congratulations to HH The Amir on such a blessed occasion, praying for its return with good and blessings for the Qatari people and the Arab and Muslim nations.