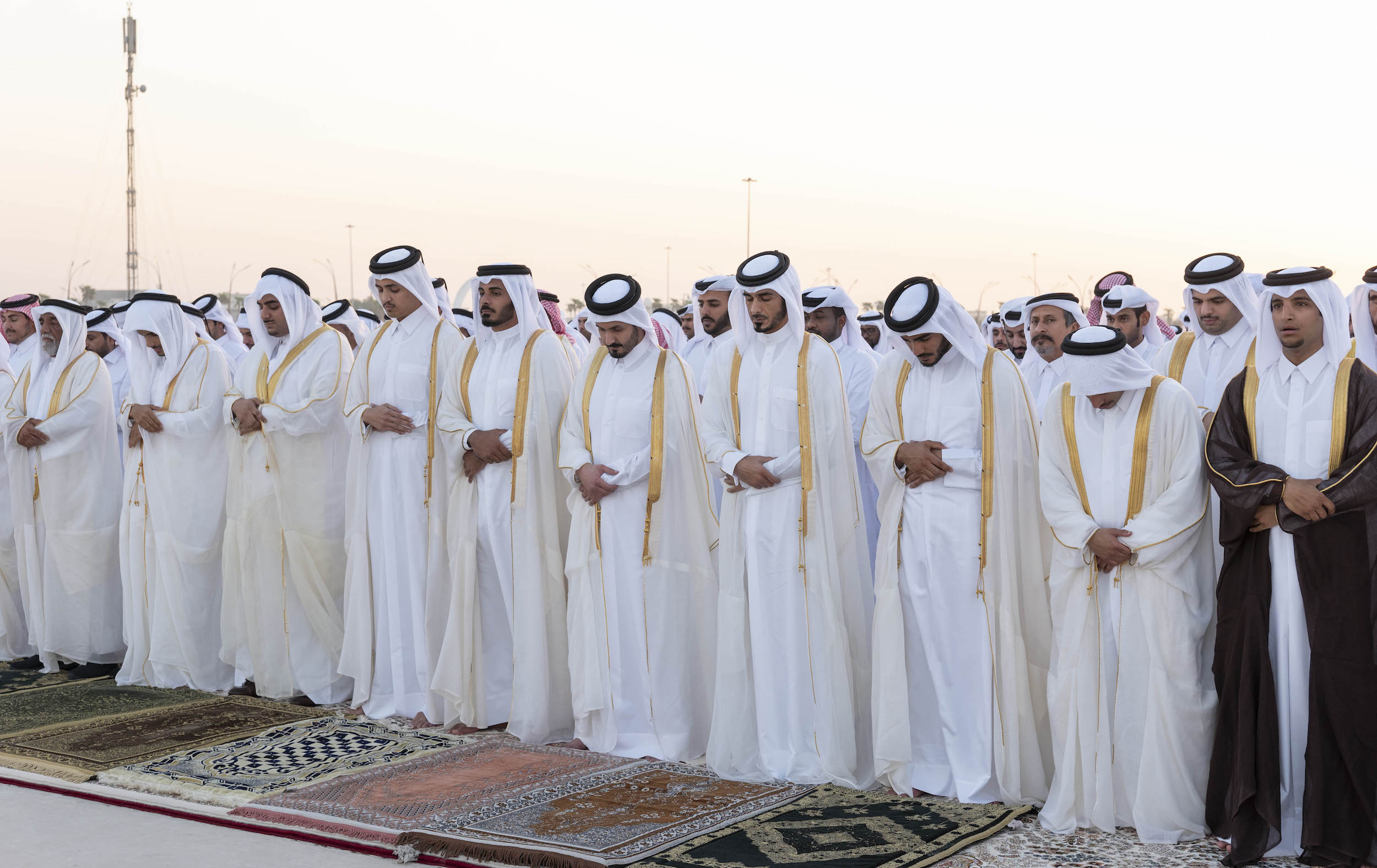 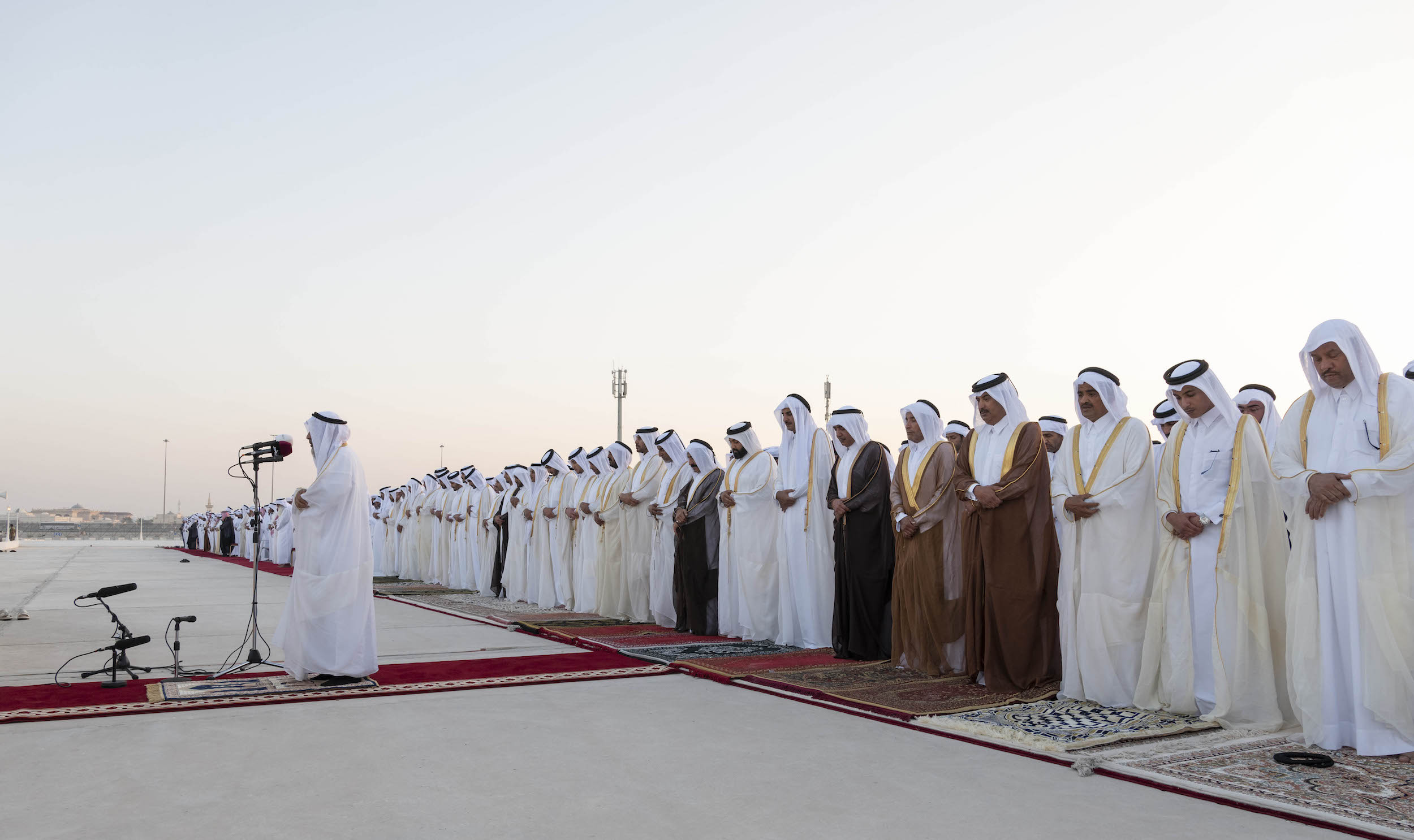 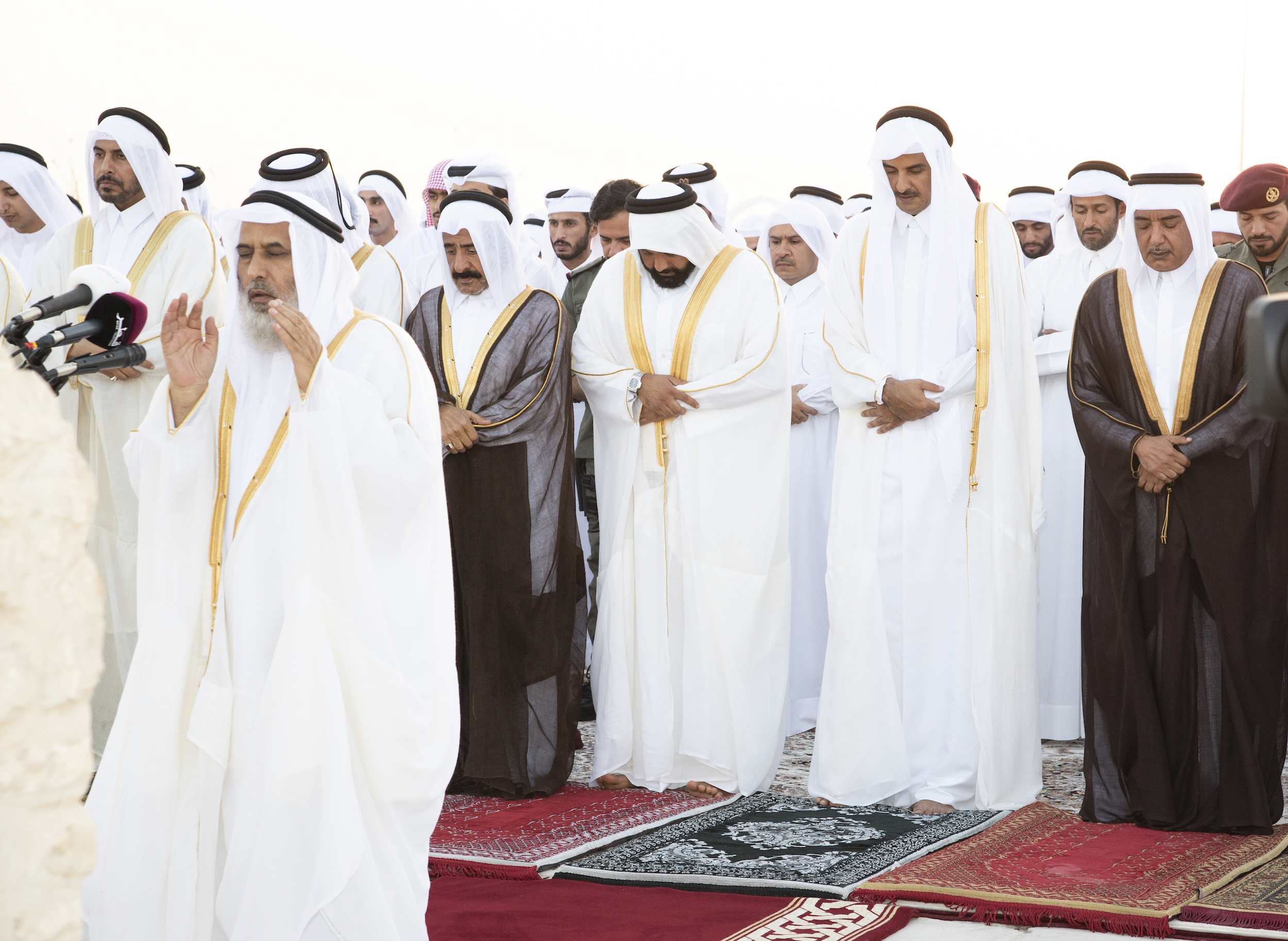 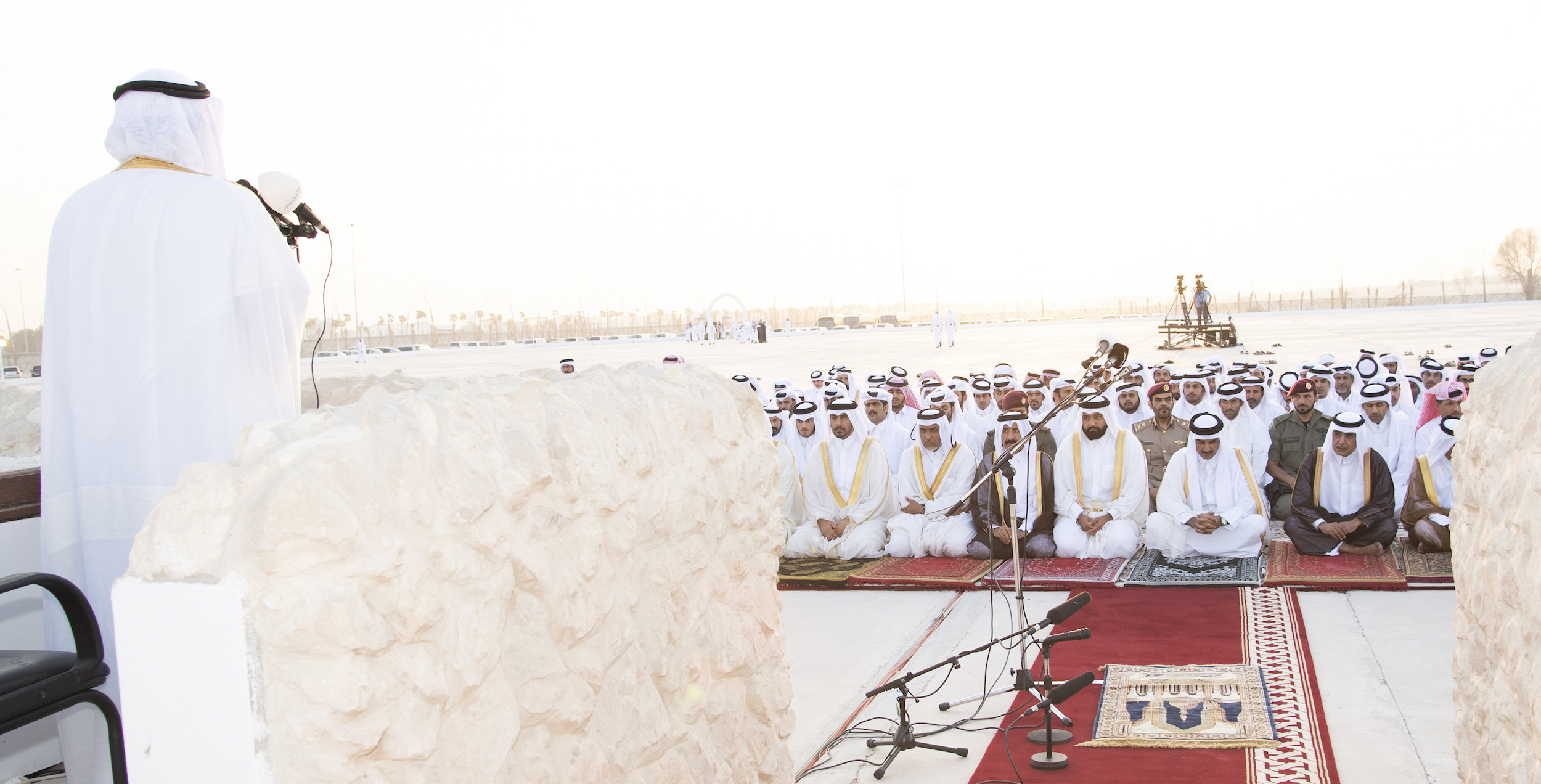 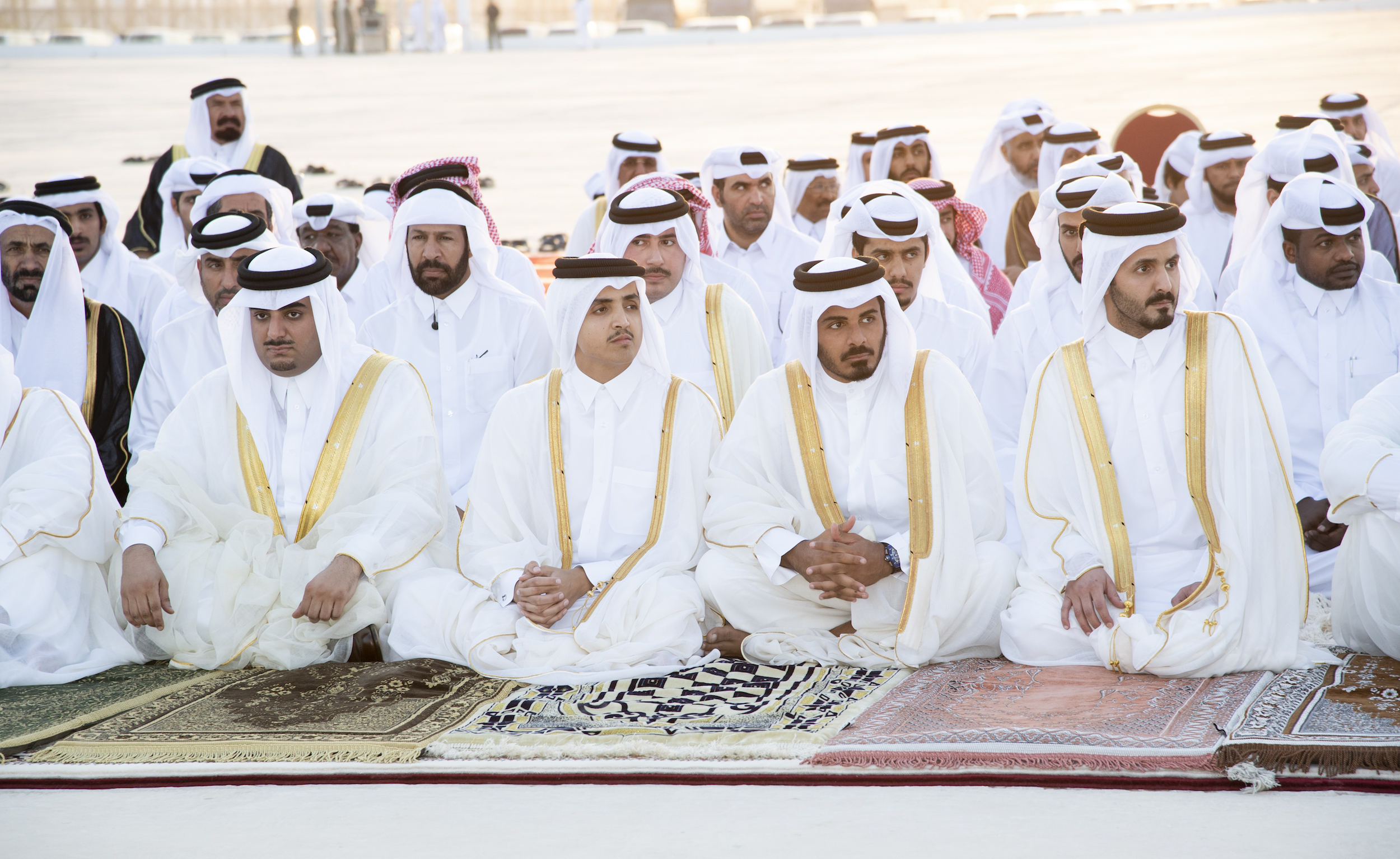 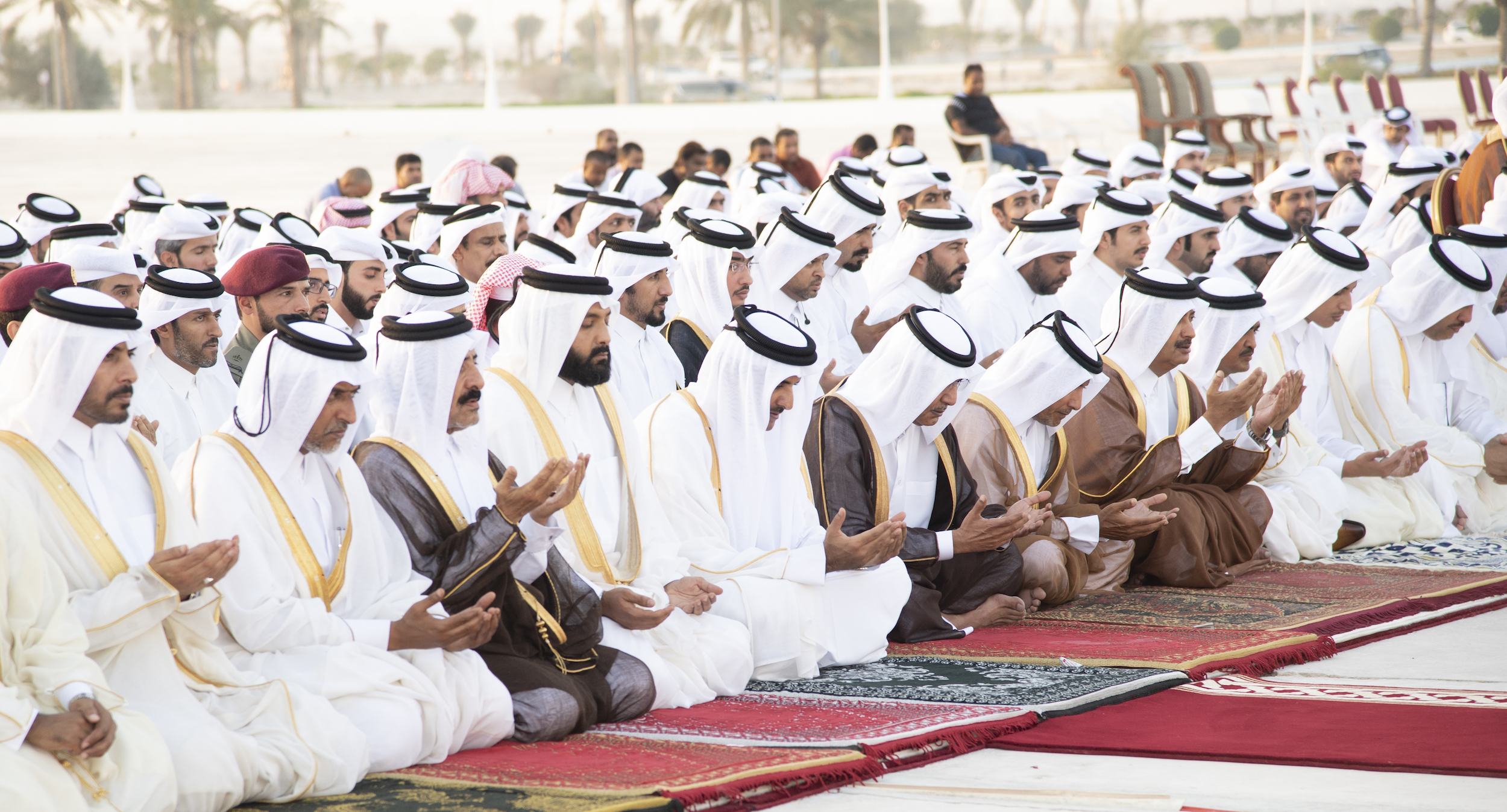 It was also attended by a number of Their Excellencies Sheikhs, ministers and members of diplomatic corps in addition to citizens.

Sheikh Dr Thaqeel Sayer Al Shammari, Court of Cassation judge and Supreme Judiciary Council member, who led the prayer, delivered the Eid sermon in which he urged worshippers to ponder the deep meanings of Eid Al Adha, the deep meetings of performing the Eid prayer because it is a ritual of Islam. He also called for the exploitation of this occasion by increasing the acts of worship, good deeds and devotion, and by worshiping Allah Almighty and following the sunnah of our Prophet Mohammed peace and blessing be upon him.

In the sermon, Dr Al Shammari highlighted the importance of the day of sacrifice, which is marked today.

He also said that the religion of Islam is the religion of love and peace. This urges us to meet the sense of belonging to the nation and that the nation's sons strive to meet its interests and protect it from all evils through cooperation between all on the basis of good governance that is based on justice and love for all, as well as on the basis of promoting unity and love and staying away from intolerance.