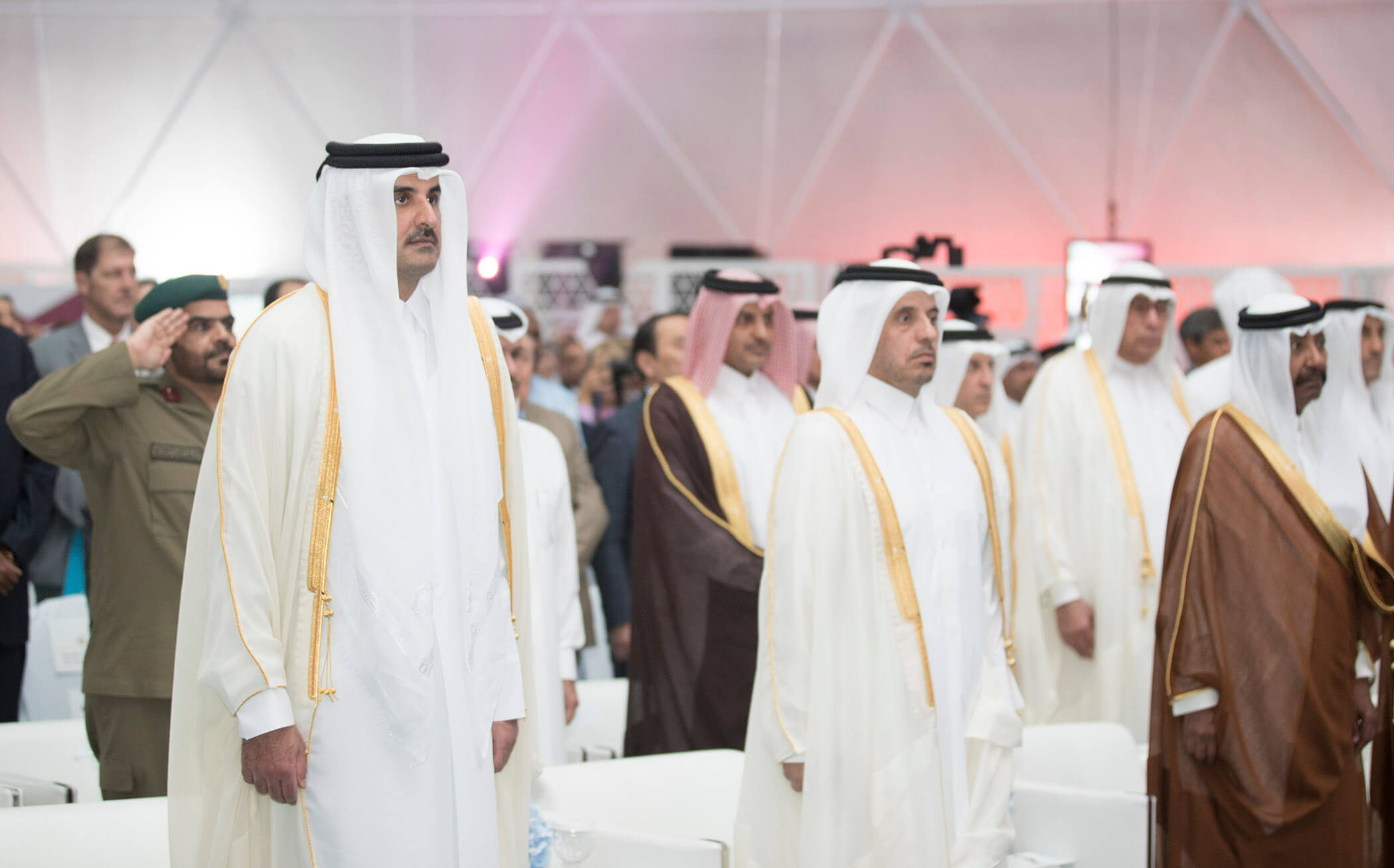 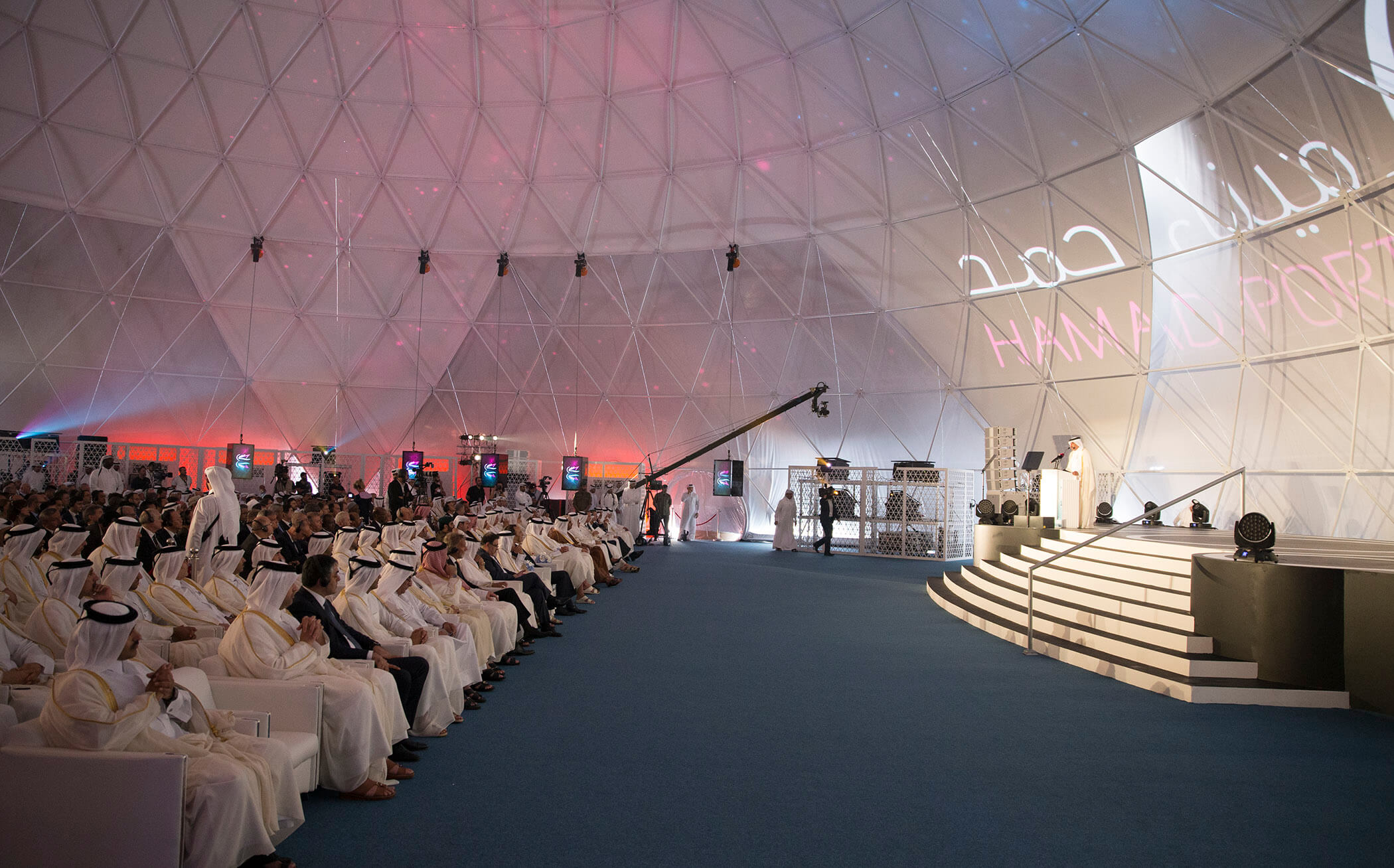 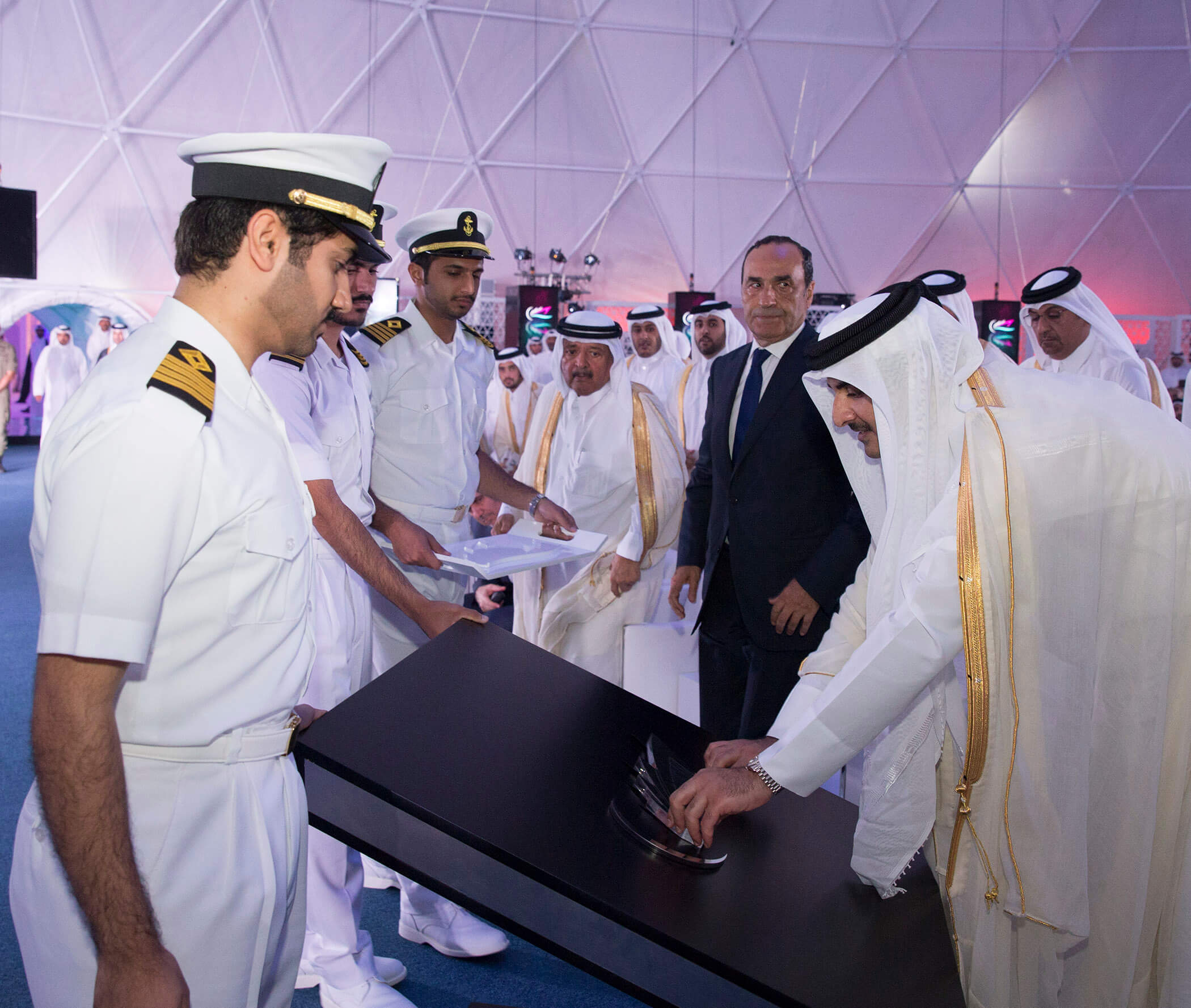 The inauguration was attended by HE Prime Minister and Minister of Interior Sheikh Abdullah bin Nasser bin Khalifa Al Thani, HE Speaker of the Advisory Council Mohammed bin Mubarak Al Khulaifi, and a number of Their Excellencies Sheikhs, ministers and senior officials.

The inauguration was also attended by a number of Their Excellencies ambassadors accredited to the State of Qatar along with guests.
After that, HH The Amir placed the logo of Hamad Port on the designated area, marking the official opening of the port.

At the end the ceremony, a heritage performance was made which told the story of ancestors diving into sea and practicing the fishing as profession and the continued efforts by their sons to achieve more progress and prosperity for the country.