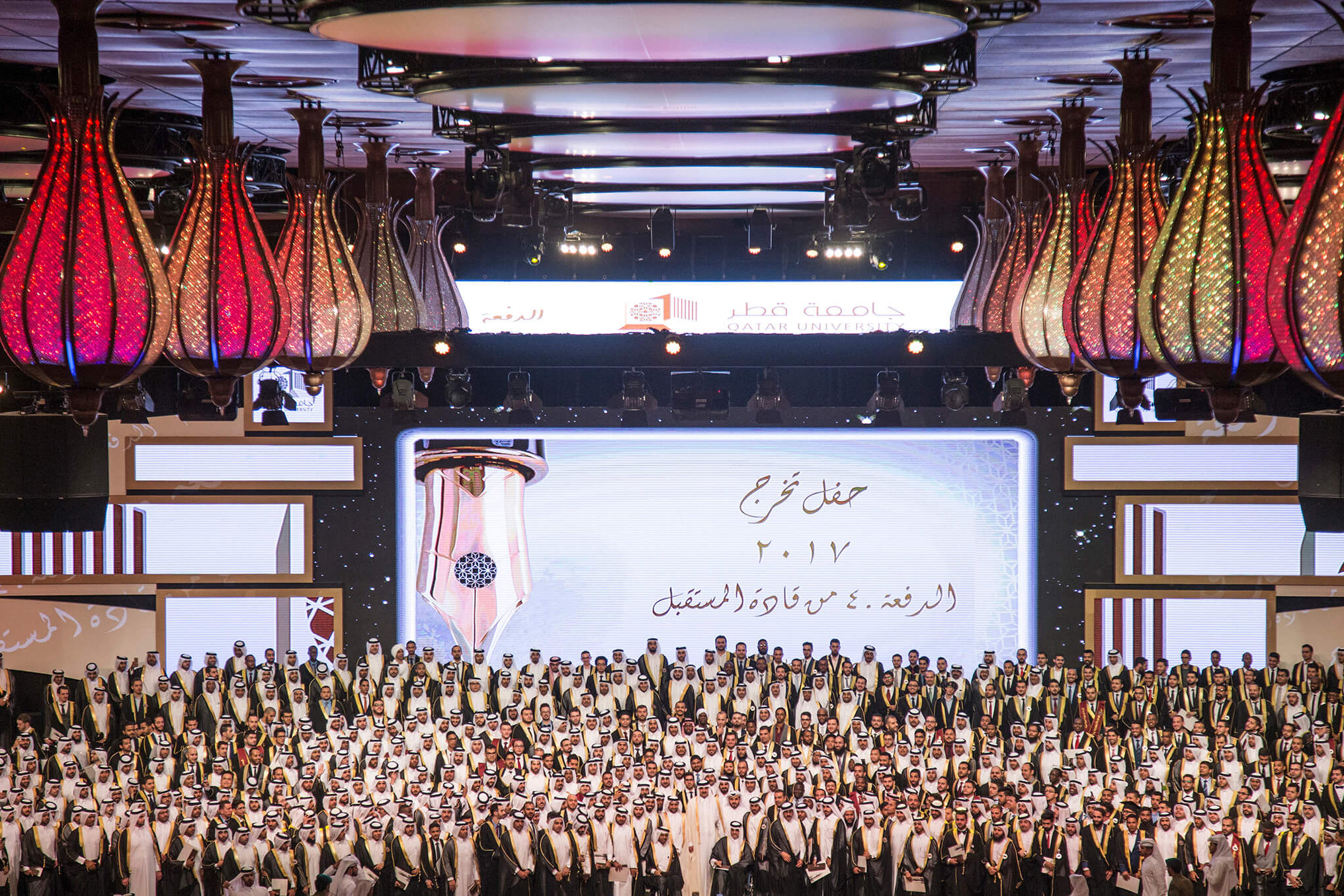 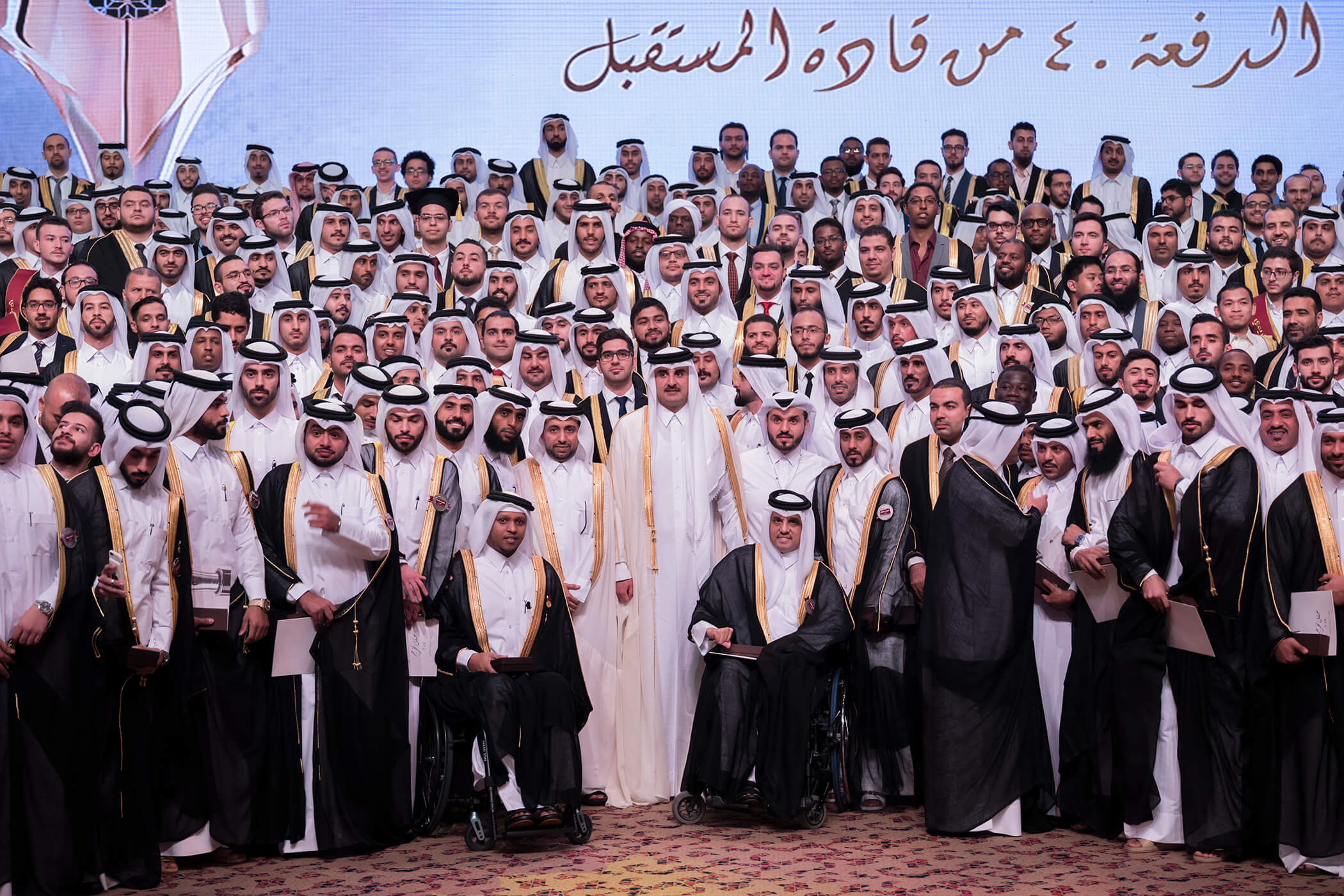 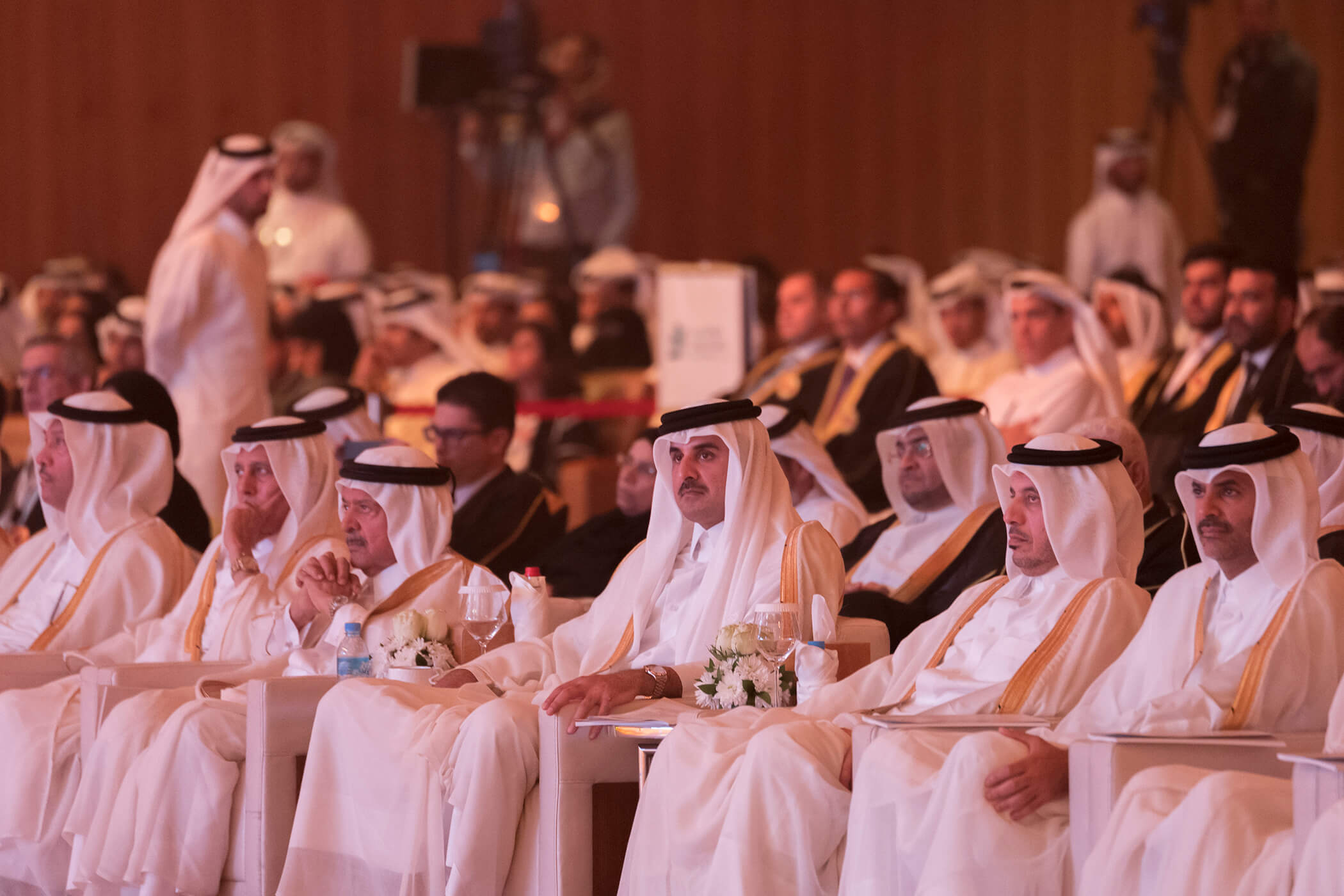 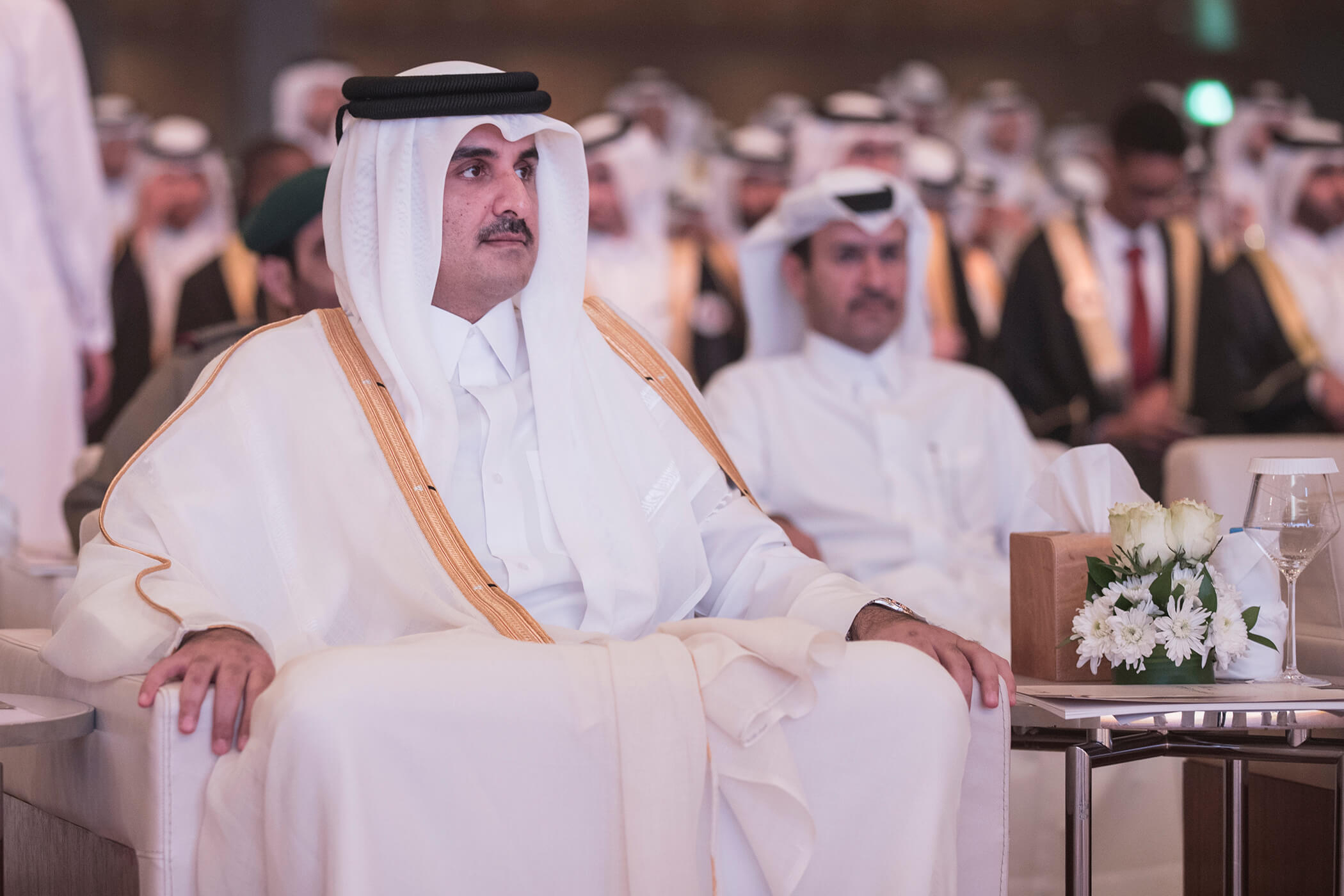 The ceremony started with verses from the Holy Quran recited by Tariq Mohammed Obaidullah from the College of Arts and Sciences and a documentary film on QU's achievements and the development of its faculties, programs, studies and researches that contributed to meet the community's needs and aspirations, in addition to a presentation about the students' local and foreign participations.

HE President of Qatar University Dr. Hassan Rashid Al Derham delivered a speech in which he paid tribute to the late father who founded this edifice, Sheikh Khalifa bin Hamad Al Thani that had the upper hand in planting this fruitful tree (Qatar University).

Dr. Al Derham pointed out to the importance of the stage witnessed by the country and the society at this time, which affected the present and future of the entire region, referring to "the unjust and illegal blockade on Qatar", noting the successful Qatari response to this challenge and blockade which revealed a wise political dealing from a "deep strategic vision" of the State of Qatar under the leadership of HH The Amir Sheikh Tamim bin Hamad Al Thani.

The QU President praised the historic speech of HH The Amir on July 21 to the Qatari citizens which is a guiding light for the future strategic steps of the State and the Qatari people.

He pointed out that in the light of HH The Amir's speech, QU today inspires its vision, stimulates its plans and draws its desired role.

"We at Qatar University stand behind you, renewing the loyalty, understanding of the nature of the challenges, and what these challenges require in response to our role as a national university," said Dr. Al Derham, adding that Qatar University is the leading national university for higher education in the State of Qatar with its creative human resources and some 20,000 students, stressing that it is committed to taking an active role at this stage.

Qatar University, he said, has achieved a lot and has emerged in the skies of glory as it was among the best elite universities in the world.

He pointed out that QU's 2018 to 2022 strategy, adopted by the Board of Trustees, will make a qualitative shift in its role in society, especially at this time, as the national university that leads the higher education meritoriously.

The President of QU called upon the graduates to remember their responsibilities towards God, their home, the Amir and their parents in making the future of this country and preserving its values, role and mission.

For his part, student Abdullah Methker Al Hajri from the College of International Affairs delivered a speech on behalf of the graduates, expressing his pride and gratitude to all professors, administrators, supervisors and employees, as well as partners, wives and children who contributed in achieving this success.

He also said that QU's students today are reaping the benefits of a long-term effort to stand and feel happy and grateful to all partners in making this success.

He stressed Qatar's students, Qataris or residents, have pledged to be the building power which Qatar seeks, plans and believes in. Stressing that it is a force defying the days.

Al Hajri expressed his joy and pride for this achievement, adding that it is time to return the favor to the country and pave the way for those who will come after.

HH The Amir then honored the outstanding students.

HE President of Qatar University handed the certificates to 775 graduate students in various disciplines.