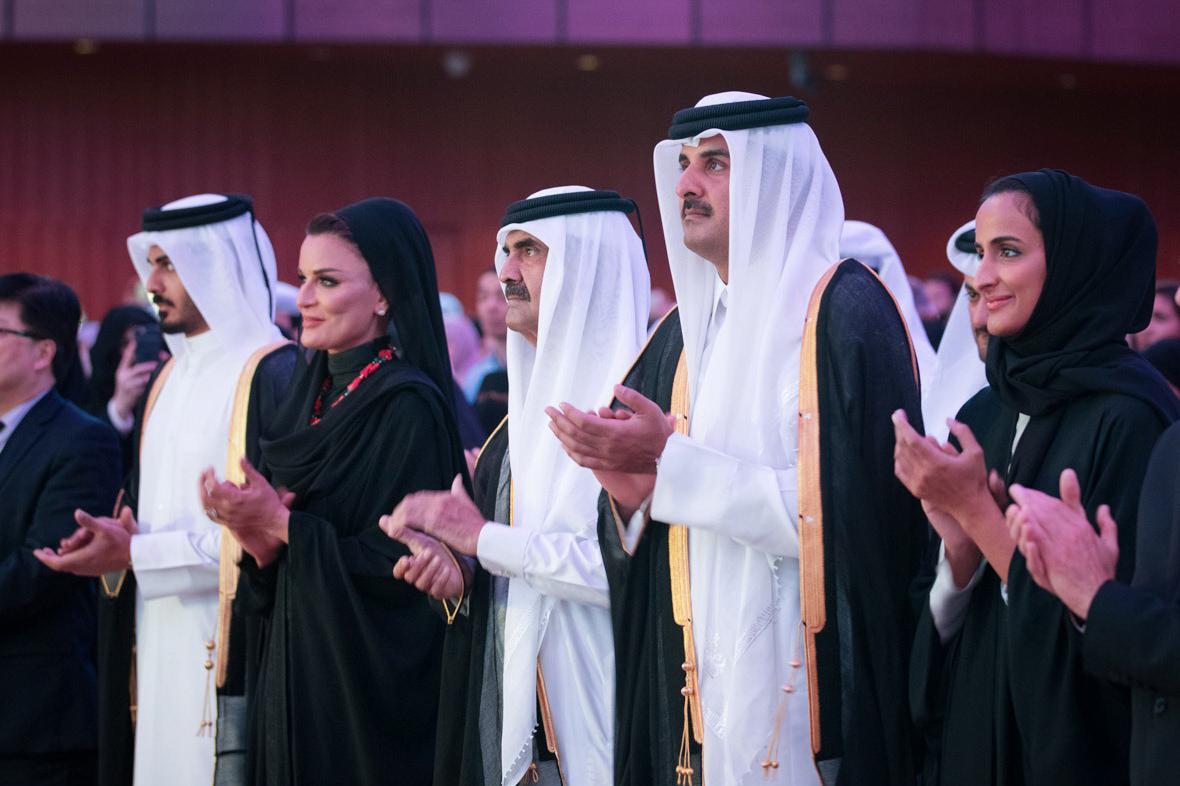 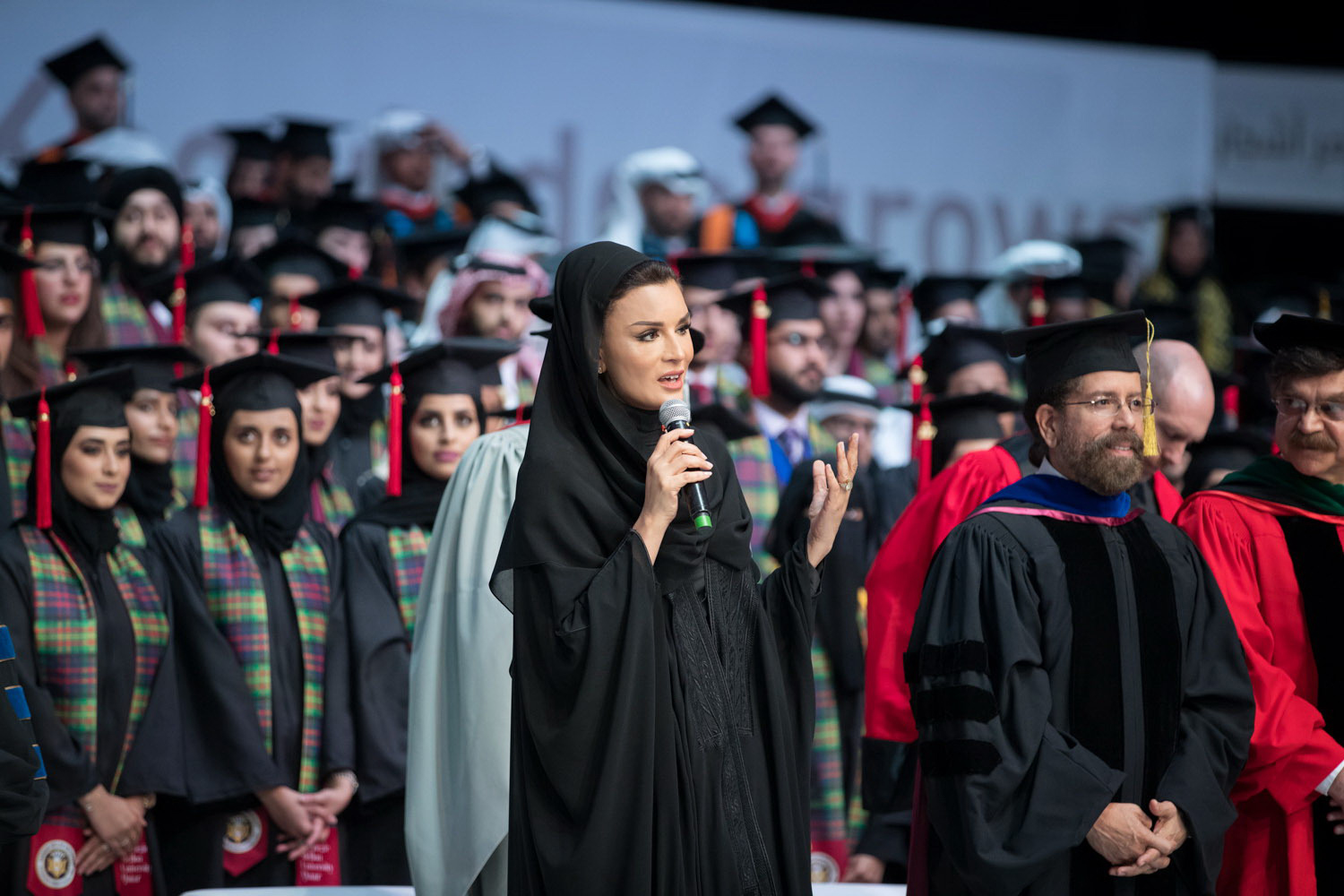 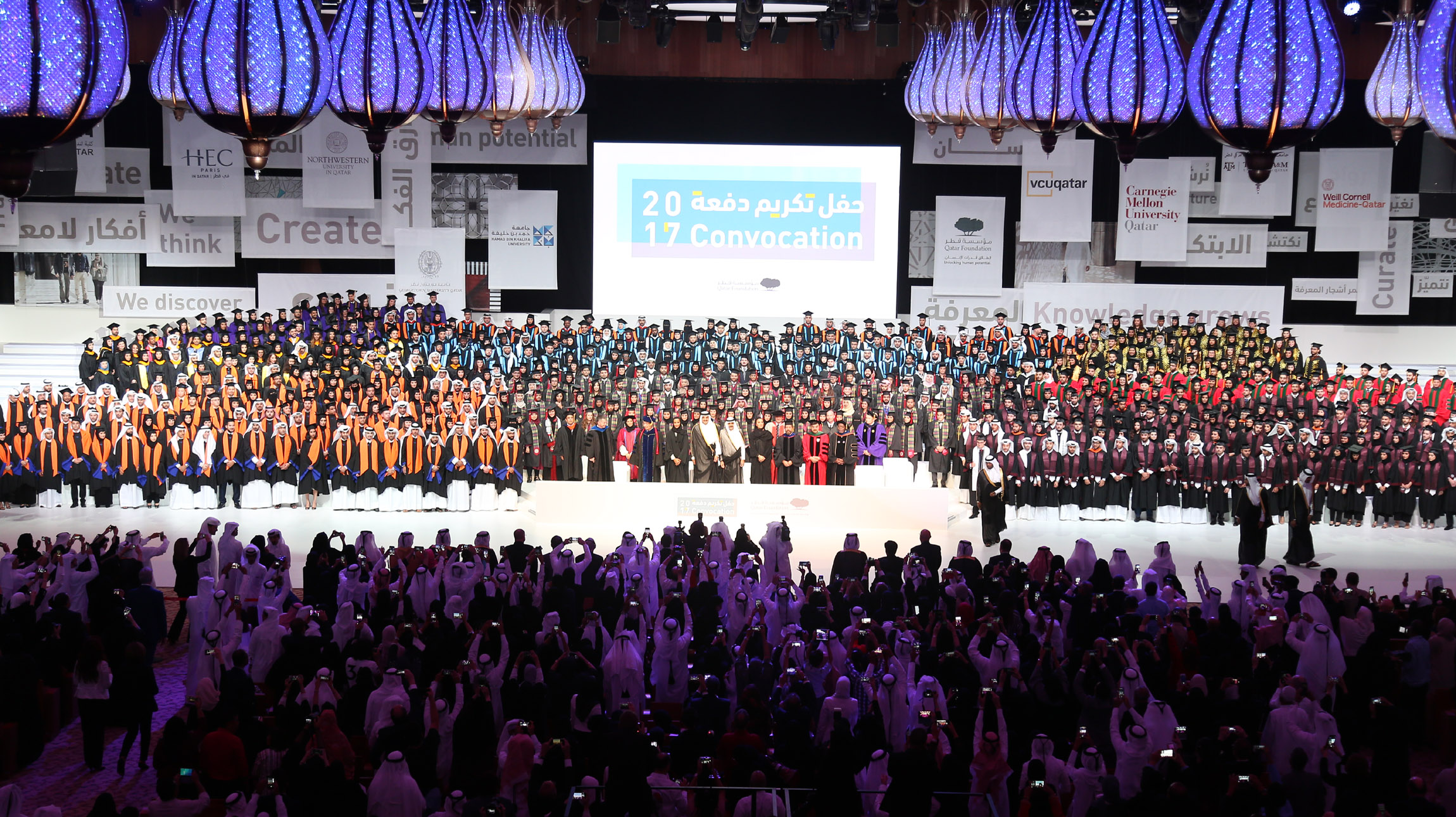 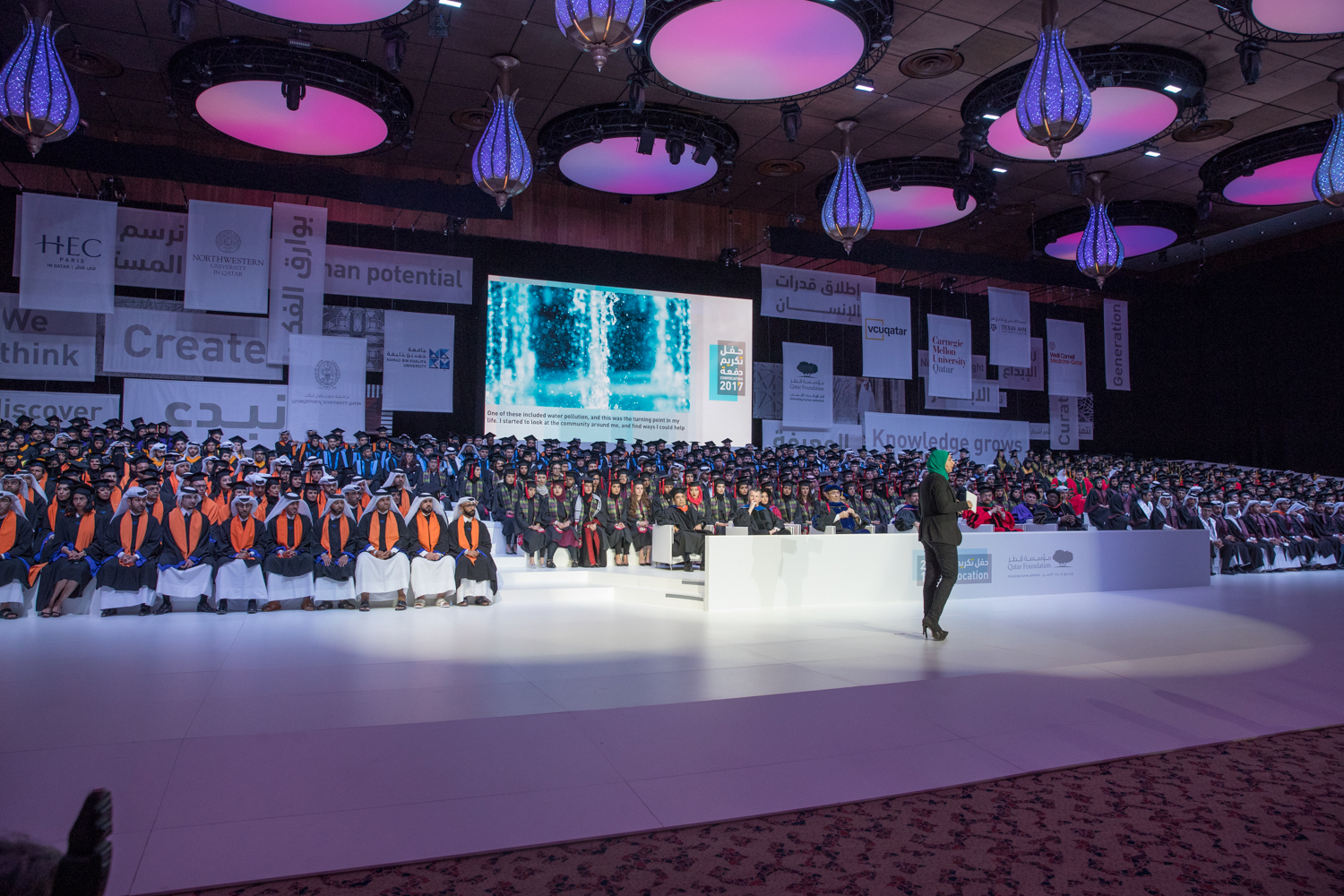 His Highness The Amir Sheikh Tamim bin Hamad Al Thani patronised the graduation ceremony of the 2017 batch of universities of the Education City. The Function was organized by Qatar Foundation (QF) at the Qatar National Convention Centre (QNCC).

HH Sheikha Moza bint Nasser delivered a speech on the occasion in which she announced the launch of an award entitled "Our Morals", which will be awarded to "those who have great morals of youth".

The ceremony began with the National Anthem, then the entry of the 765 graduates, followed by screening of a film about the graduating students.

The ceremony was attended by a number of Their Excellencies ministers, sons of HH The Father Amir, Sheikhs, senior officials, deans of the faculties, members of the administrative and teaching bodies of the universities and parents of graduates.