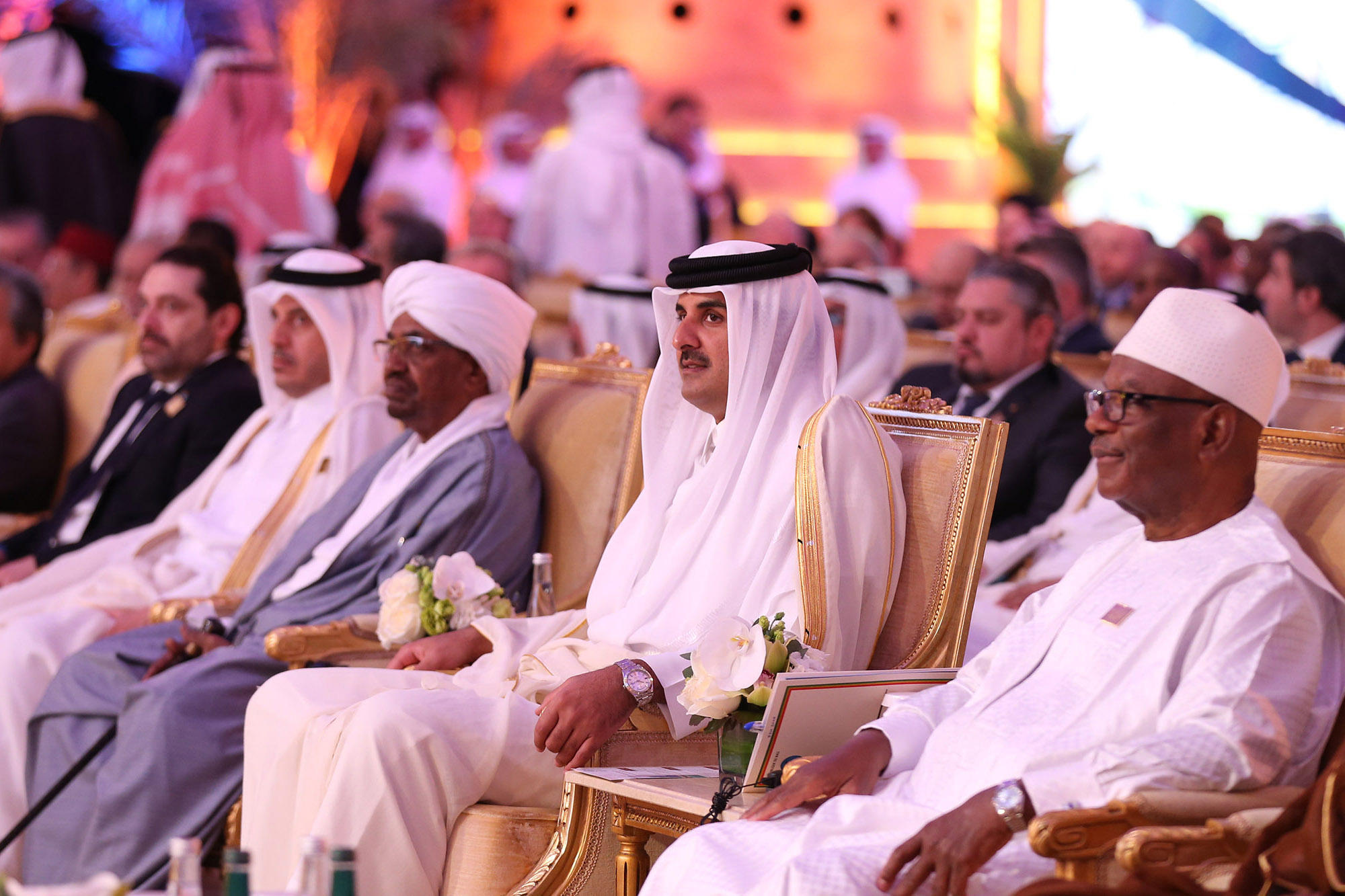 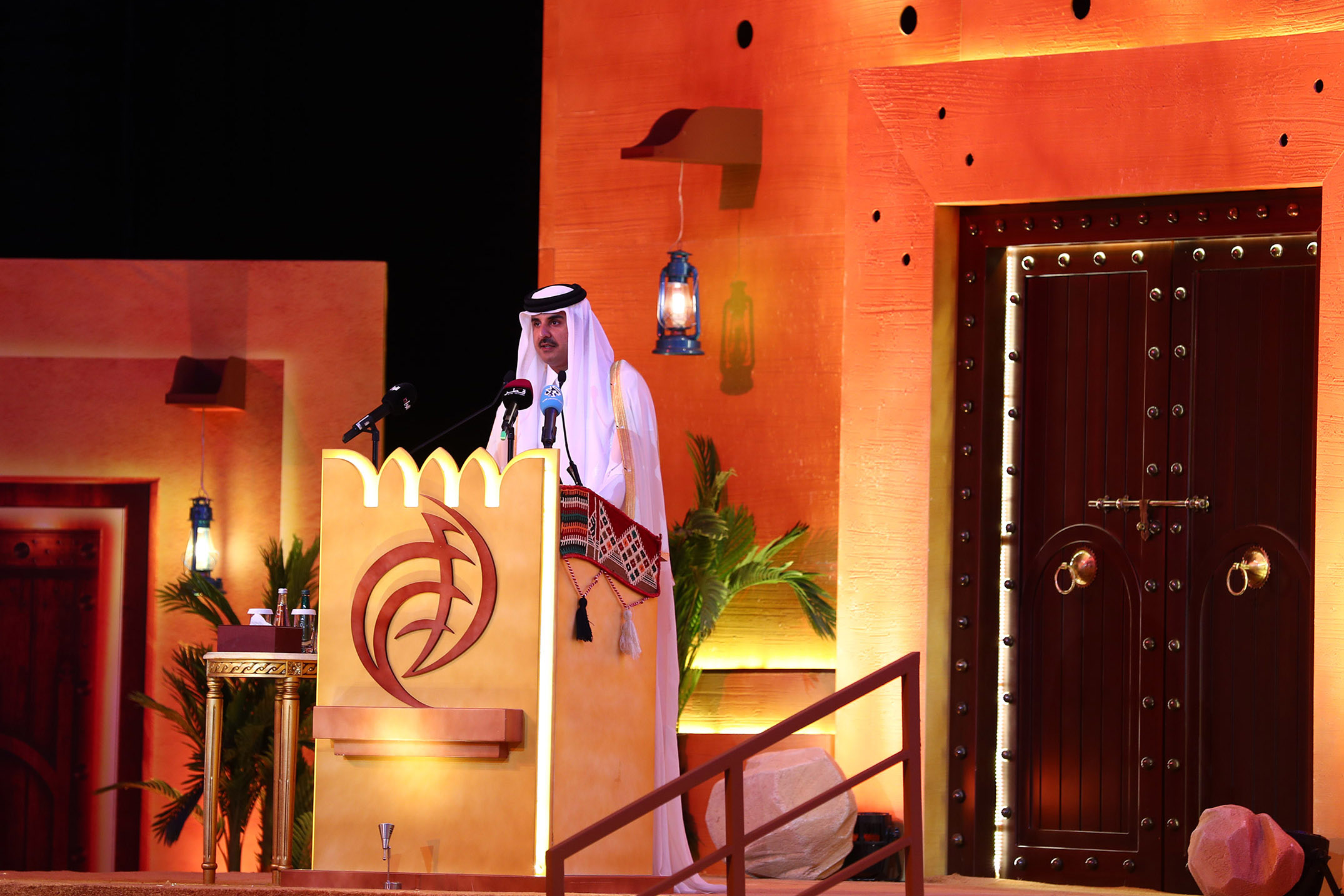 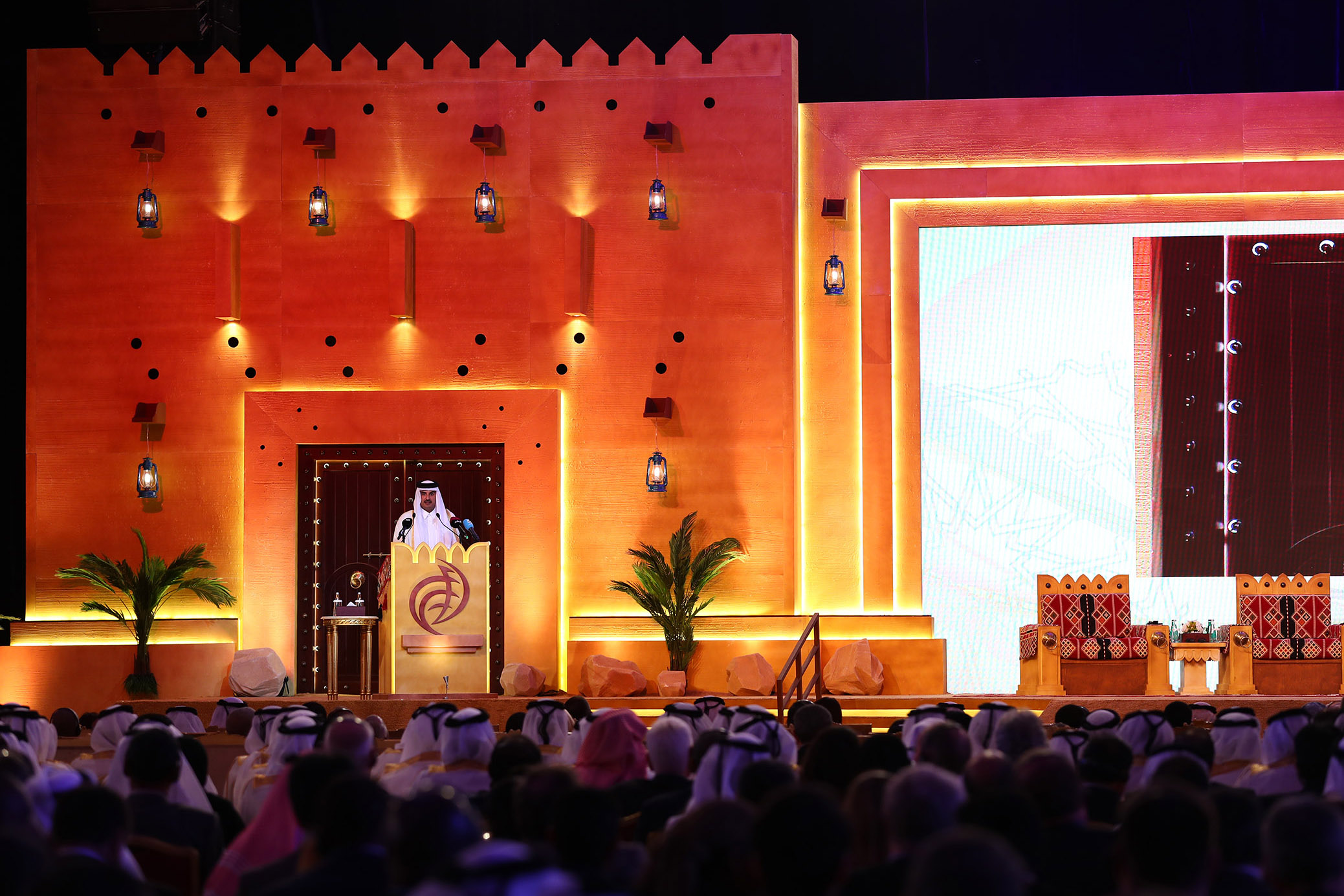 His Highness The Amir Sheikh Tamim bin Hamad Al Thani opened the 17th edition of the Doha Forum, which is being held under the theme "Development, Stability and Refugee Crisis", at the Doha Sheraton Hotel on Sunday morning, in the presence of HE the President of the Republic of Sudan, Field Marshal Omar Hassan Ahmed Al-Bashir, HE the President of the Republic of Mali, Ibrahim Boubacar Keita, HE the Prime Minister of the Lebanese Republic, Saad Al Hariri, and HE the Prime Minister of the Federal Republic of Somalia, Hassan Ali Khayre, as well as a number of Their Excellencies Heads of Delegations participating in the Forum.

HH The Amir delivered a speech on the occasion.

The opening ceremony was attended by HE the Prime Minister and Minister of Interior, Sheikh Abdullah bin Nasser bin Khalifa Al Thani, and a number of Their Excellencies Ministers and Heads of Diplomatic Missions accredited to Qatar.