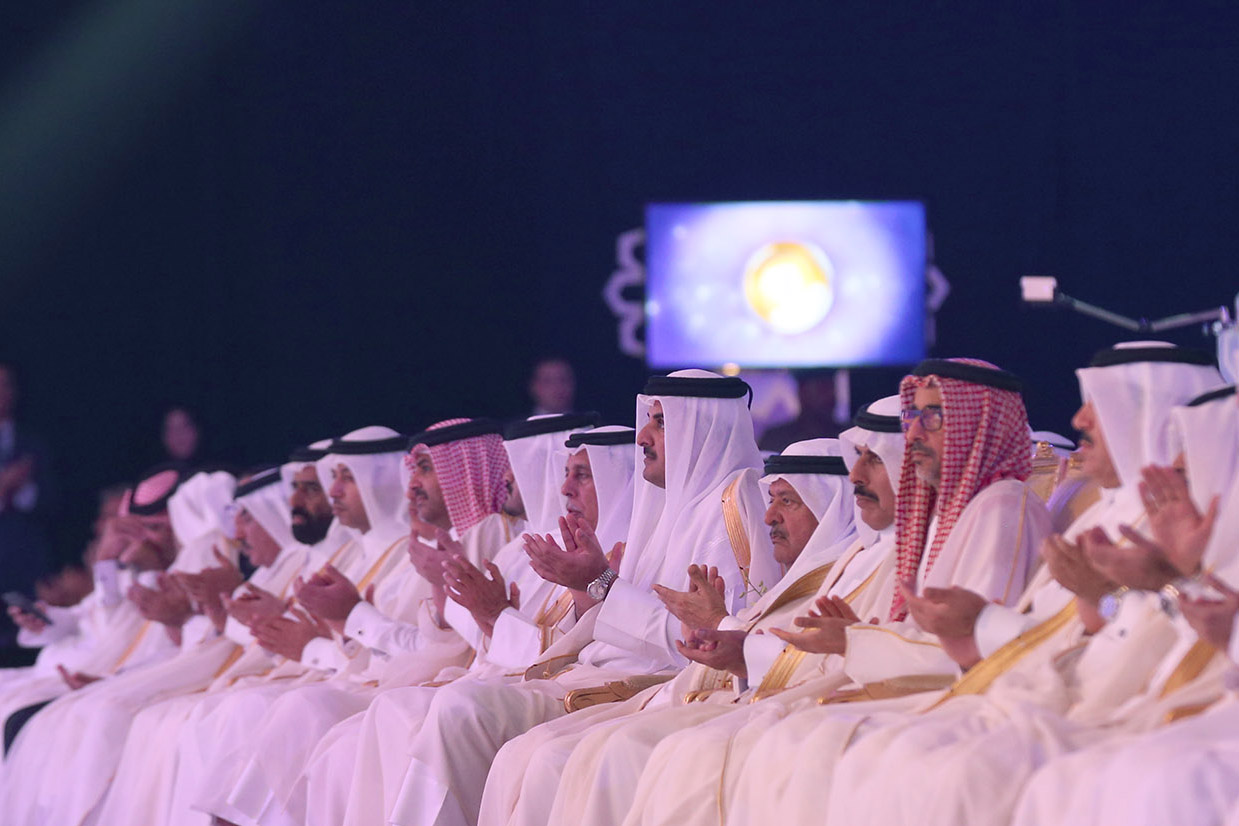 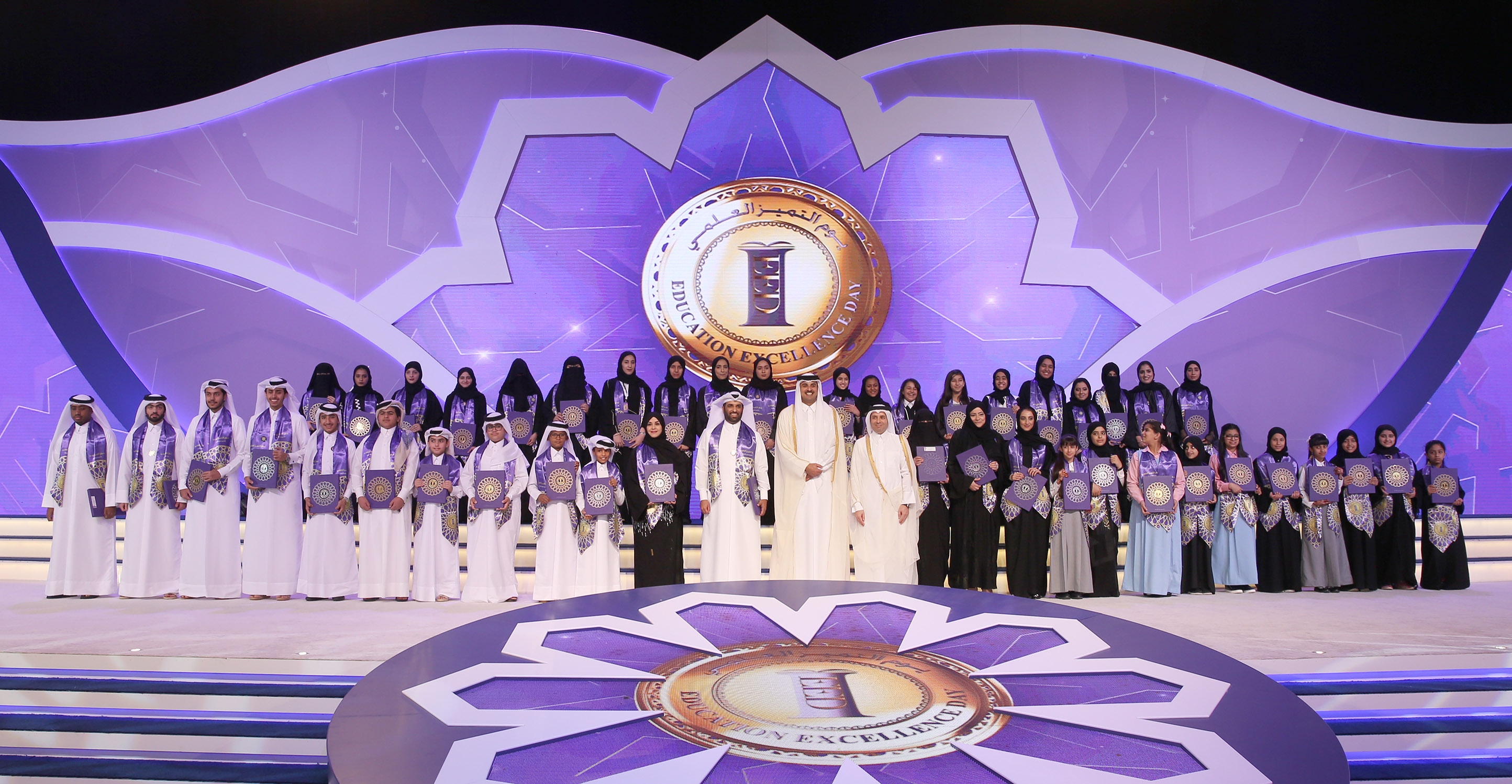 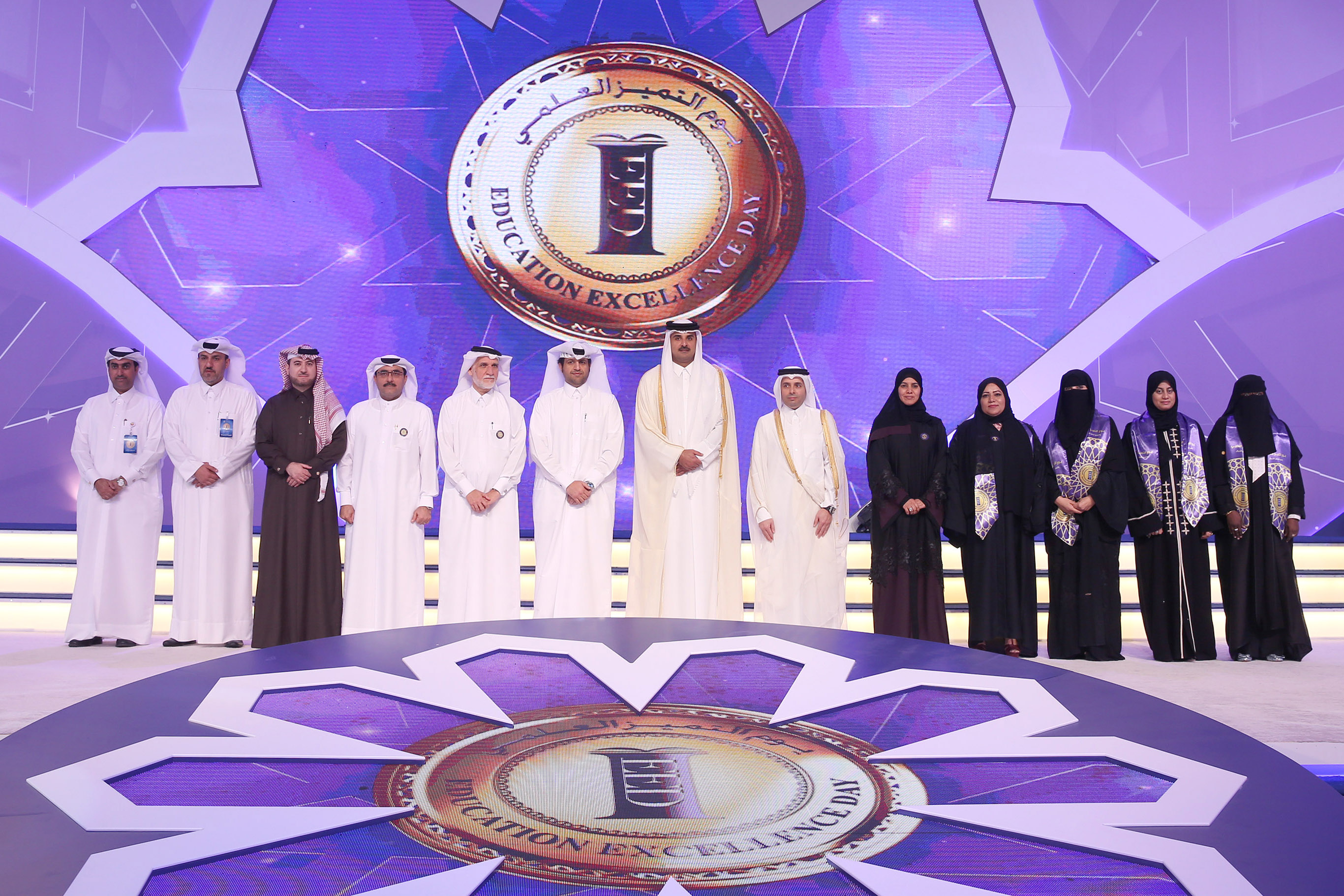 A film about the history of the award and its development during the past ten years (since 2006-2007 to 2016-2017) were displayed during the ceremony, in addition to a film about the outstanding winners this year, 46 distinct in the various award categories.

HH The Amir then honoured winners of the Education Excellence Day award for the academic year 2017.

The ceremony was attended by a number of Their Excellencies Sheikhs, Ministers, Ambassadors accredited to the state, senior education officials, parents of the outstanding students and guests.