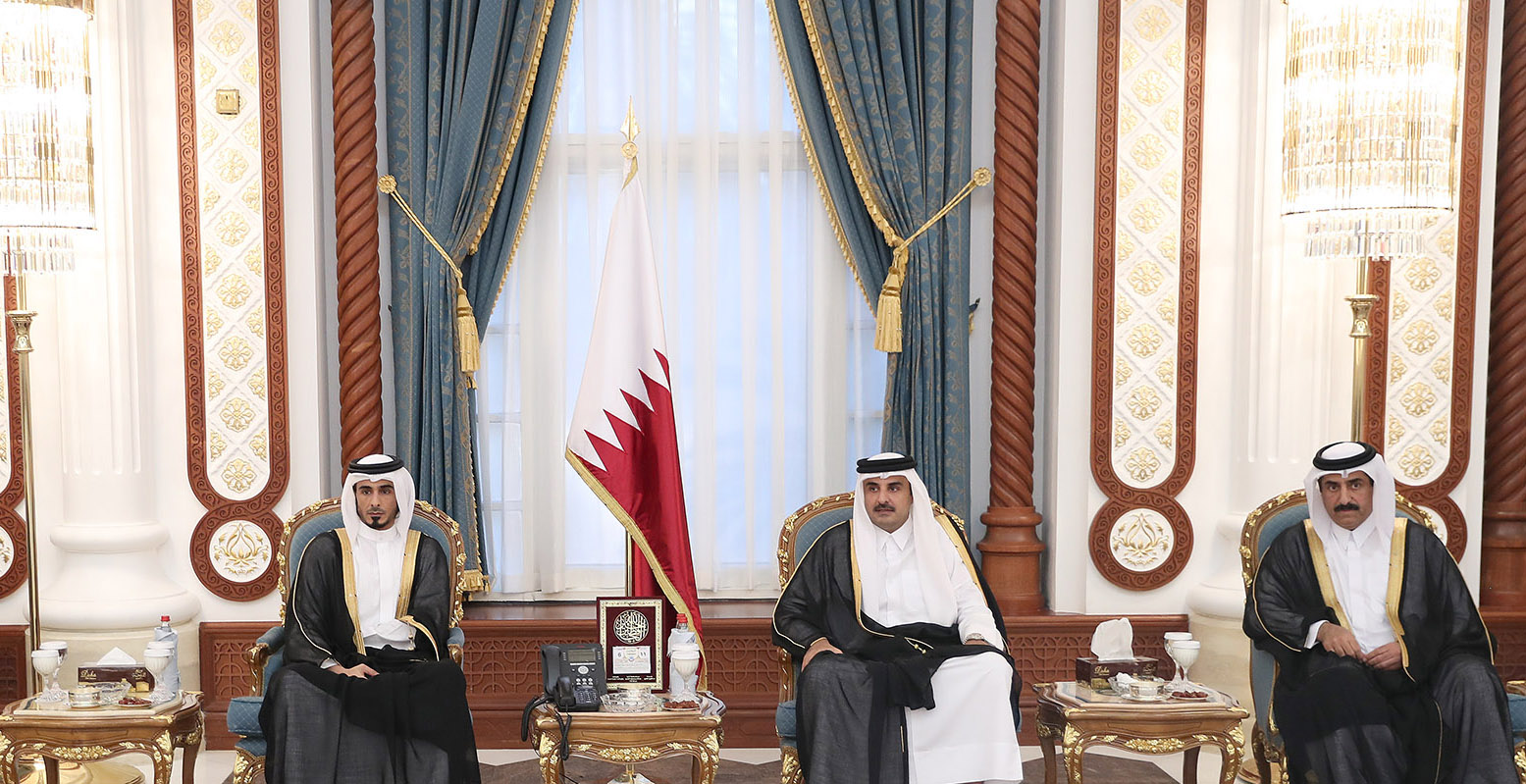 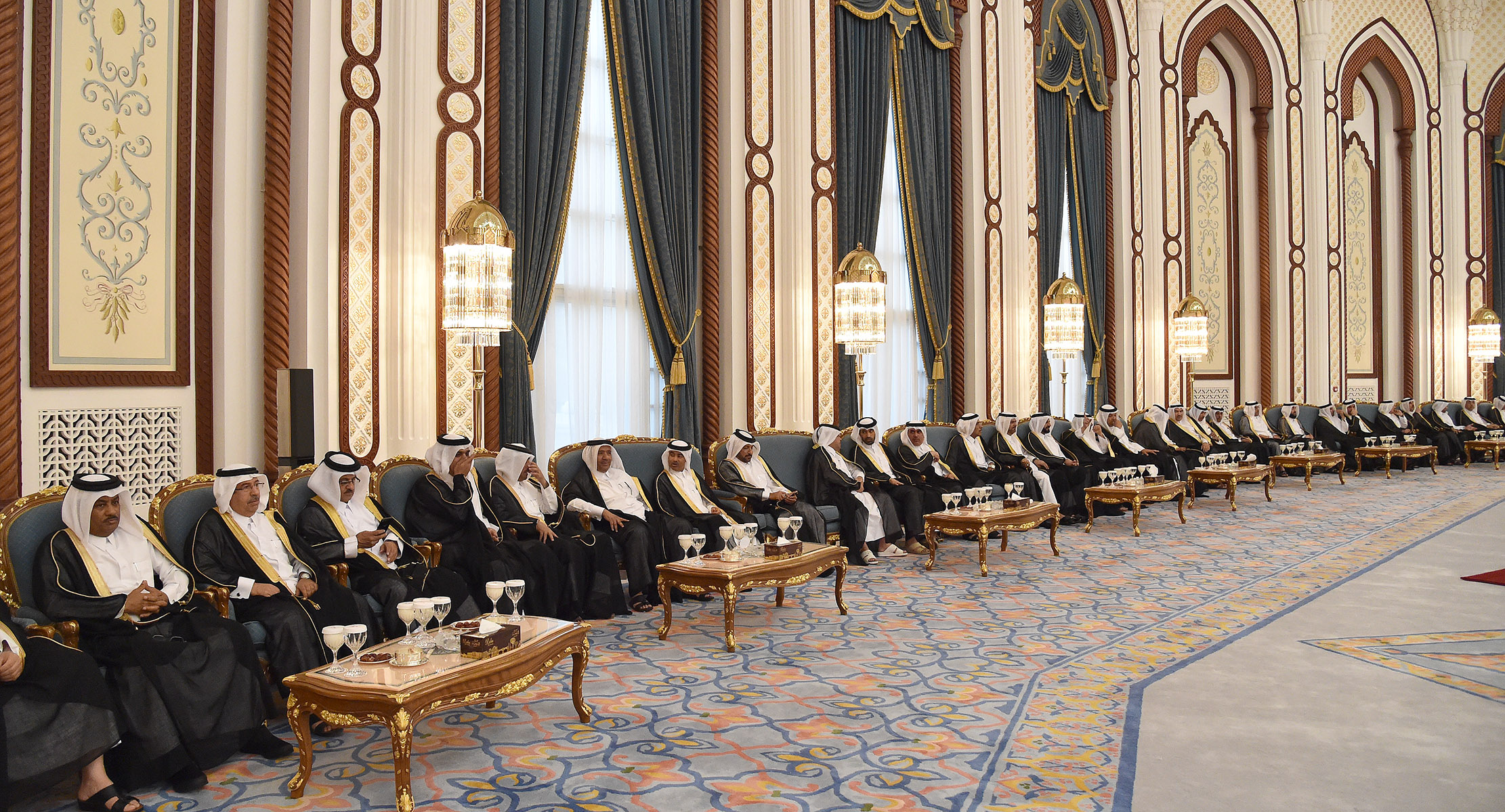 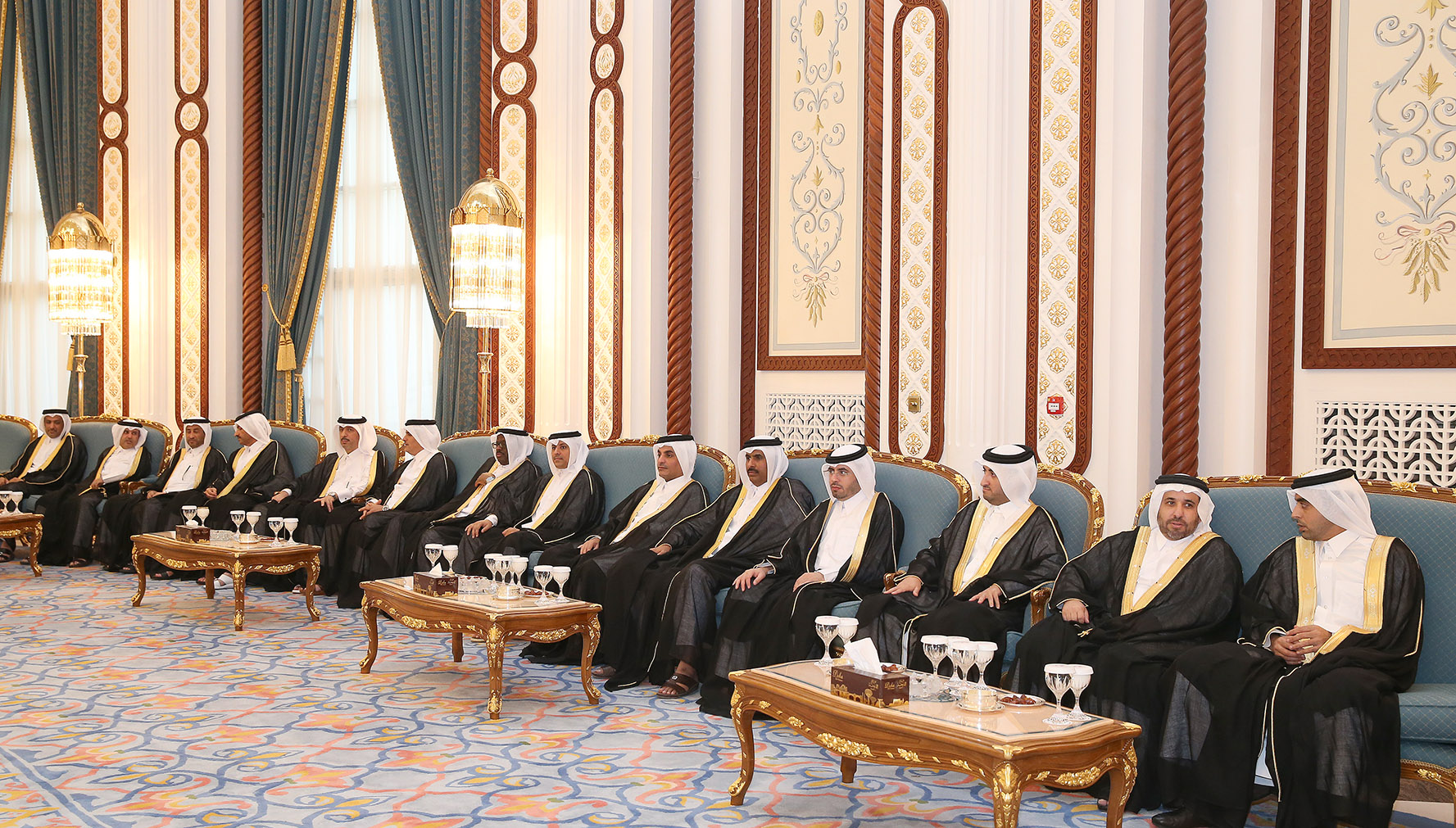 His Highness The Amir Sheikh Tamim bin Hamad Al Thani on Tuesday hosted an Iftar banquet at Al Wajbah Palace in honor of commanders and senior officers of Armed Forces, Police and other security bodies on the advent of the holy month of Ramadan.