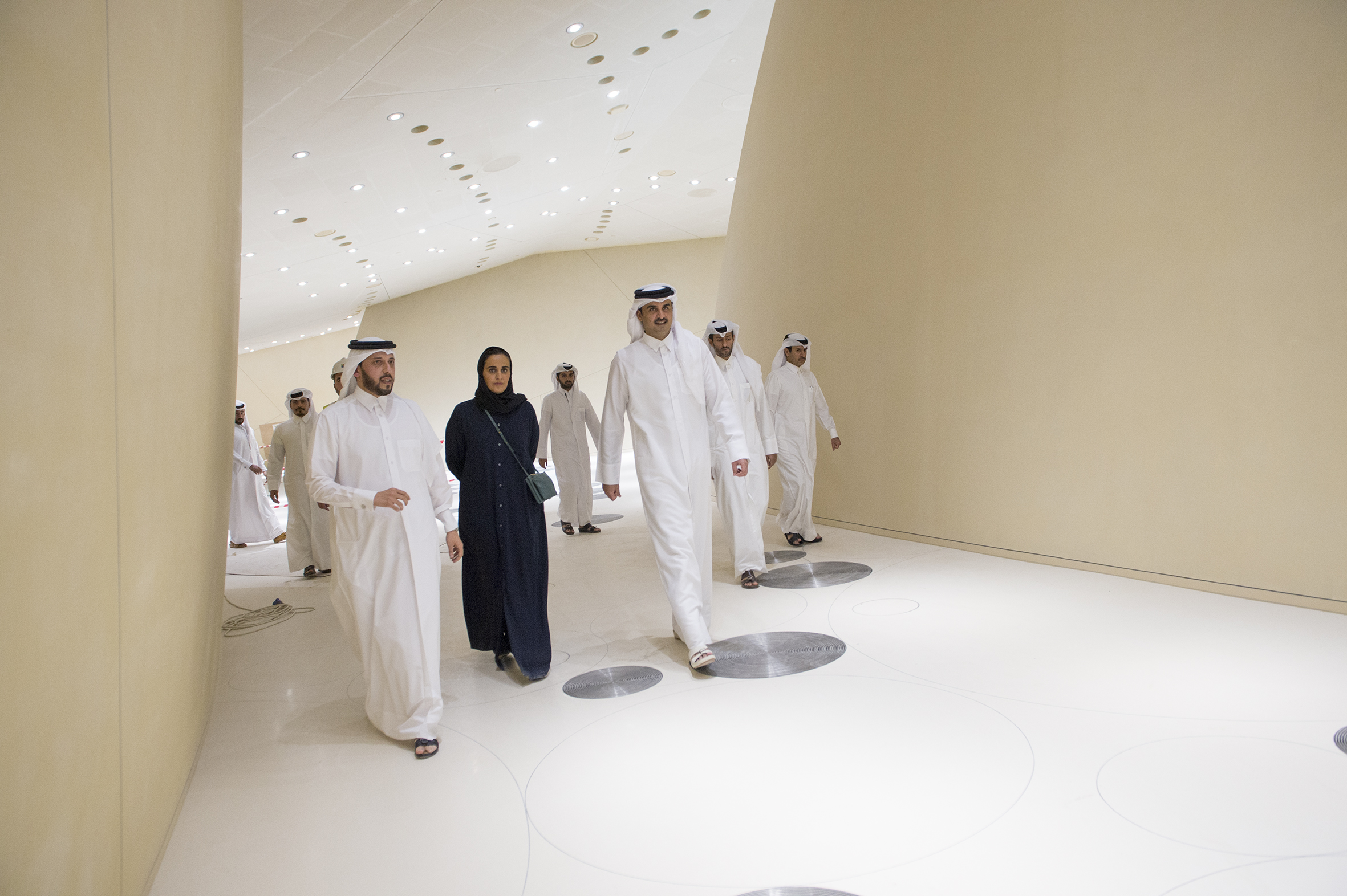 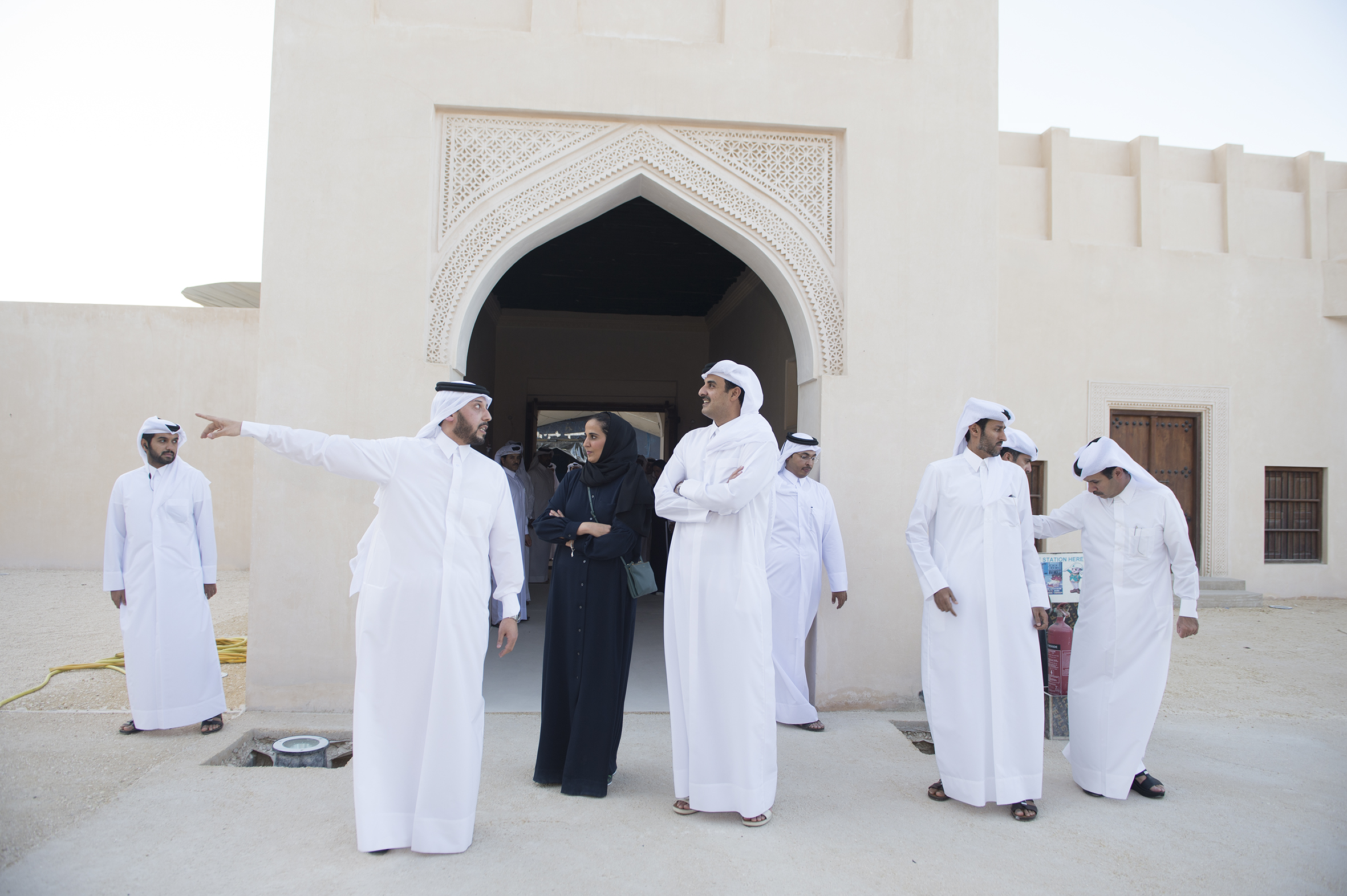 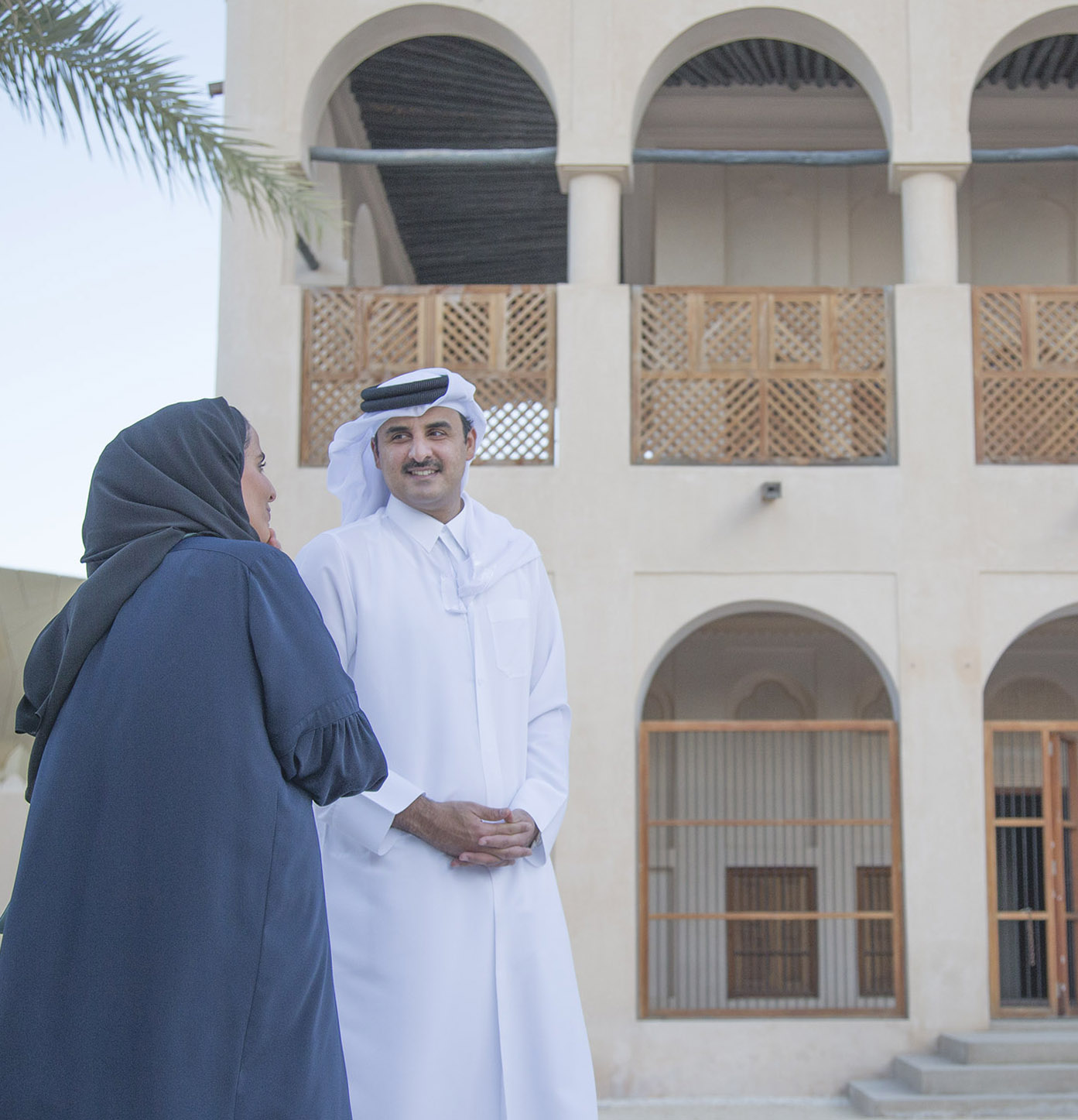 His Highness The Amir Sheikh Tamim bin Hamad Al Thani visited Tuesday Qatar National Museum at the Corniche to stand on the latest developments of the project.

During a tour of the museum's halls, His Highness listened to explanations by HE Sheikha Al Mayassa and CEO of Qatar Museums Mansoor Al Mahmoud on the facilities that will be present in the museum, which will also be a research center on heritage. It will also include restoration laboratories, storage spaces for artifacts, a botanical garden, scanning, 3D digital photography, as well as permanent and temporary halls. That is in addition to the historical and modern pieces that reflect Qatar's history and present.

HH The Amir also toured the old palace of Sheikh Abdullah bin Jassim Al Thani, which is part of Qatar National Museum. The new building of the Museum, the desert rose, is built around the palace.

HE Sheikha Al Mayassa announced during the visit that the inauguration date of the museum will be December 2018.