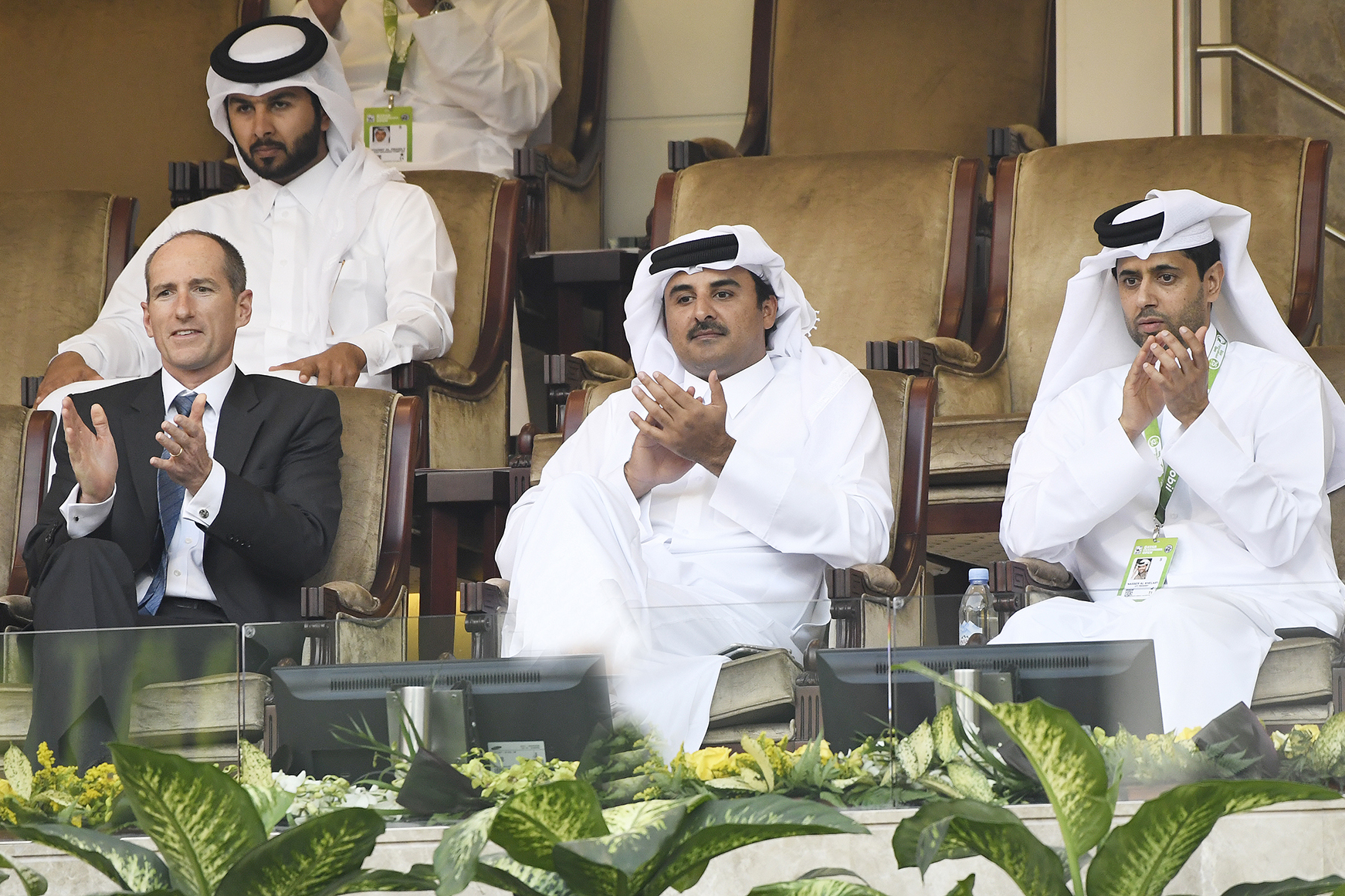 His Highness The Amir Sheikh Tamim bin Hamad Al Thani attended this evening part of the first round of the Qatar ExxonMobil Open tennis tournament, which is being held at the Khalifa International Tennis and Squash Complex.

HH The Amir watched the match that took place between Qatar's Mubarak Shannan and Russian Karen Khachanov, which ended in a 2-0 victory for the Russian player.

The competition was also attended by HE the Prime Minister and Minister of Interior Sheikh Abdullah bin Nasser bin Khalifa Al Thani, as well as a number of Their Excellencies Sheikhs and honoured guests of the tournament.