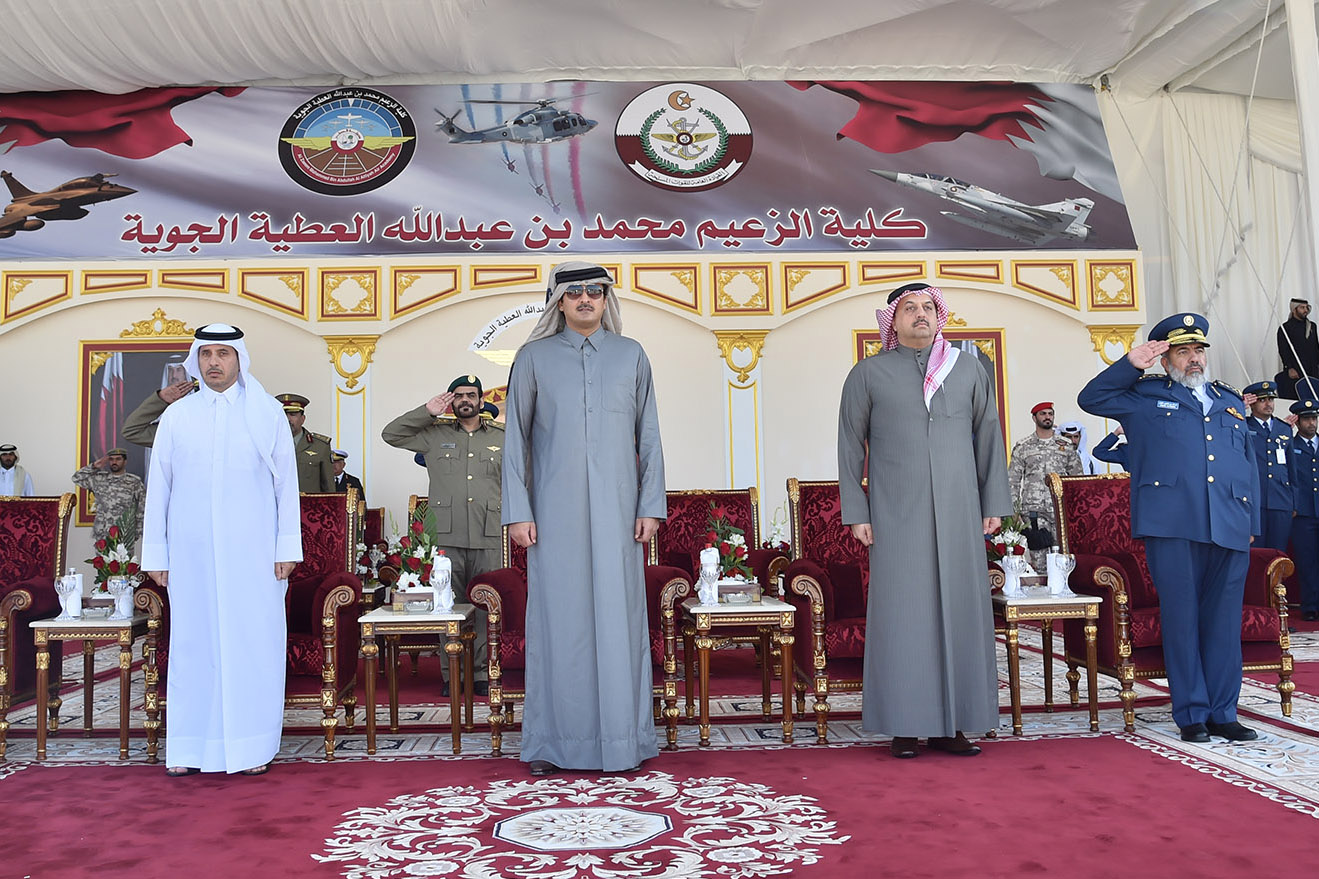 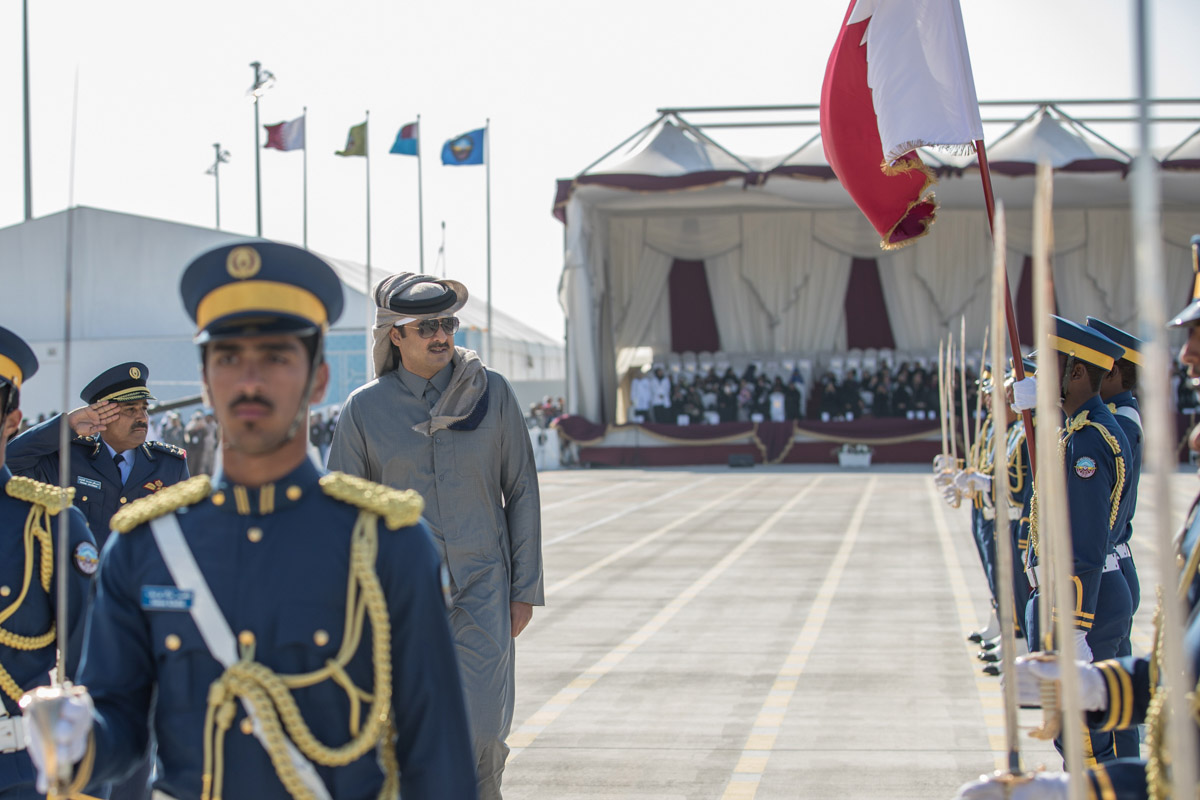 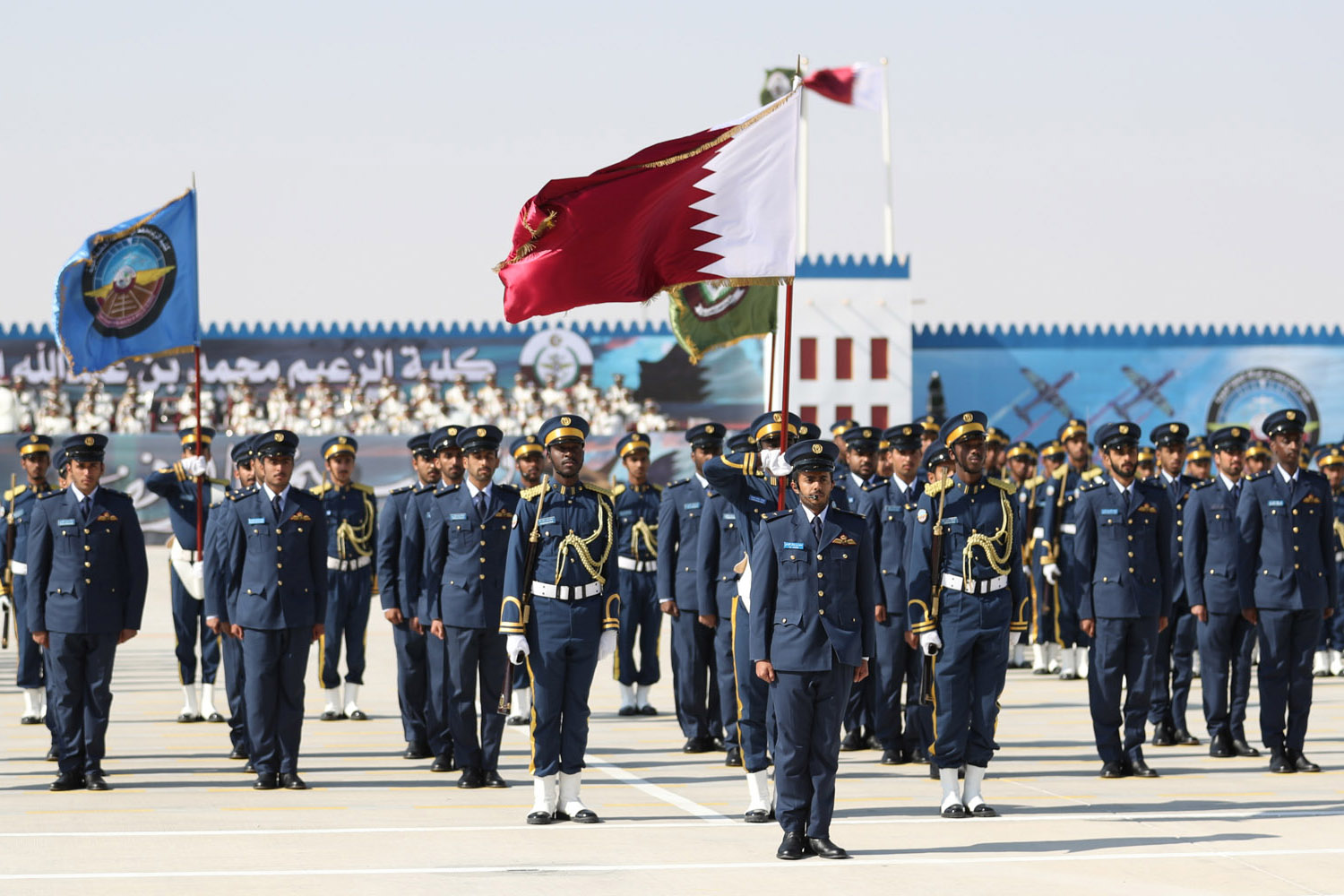 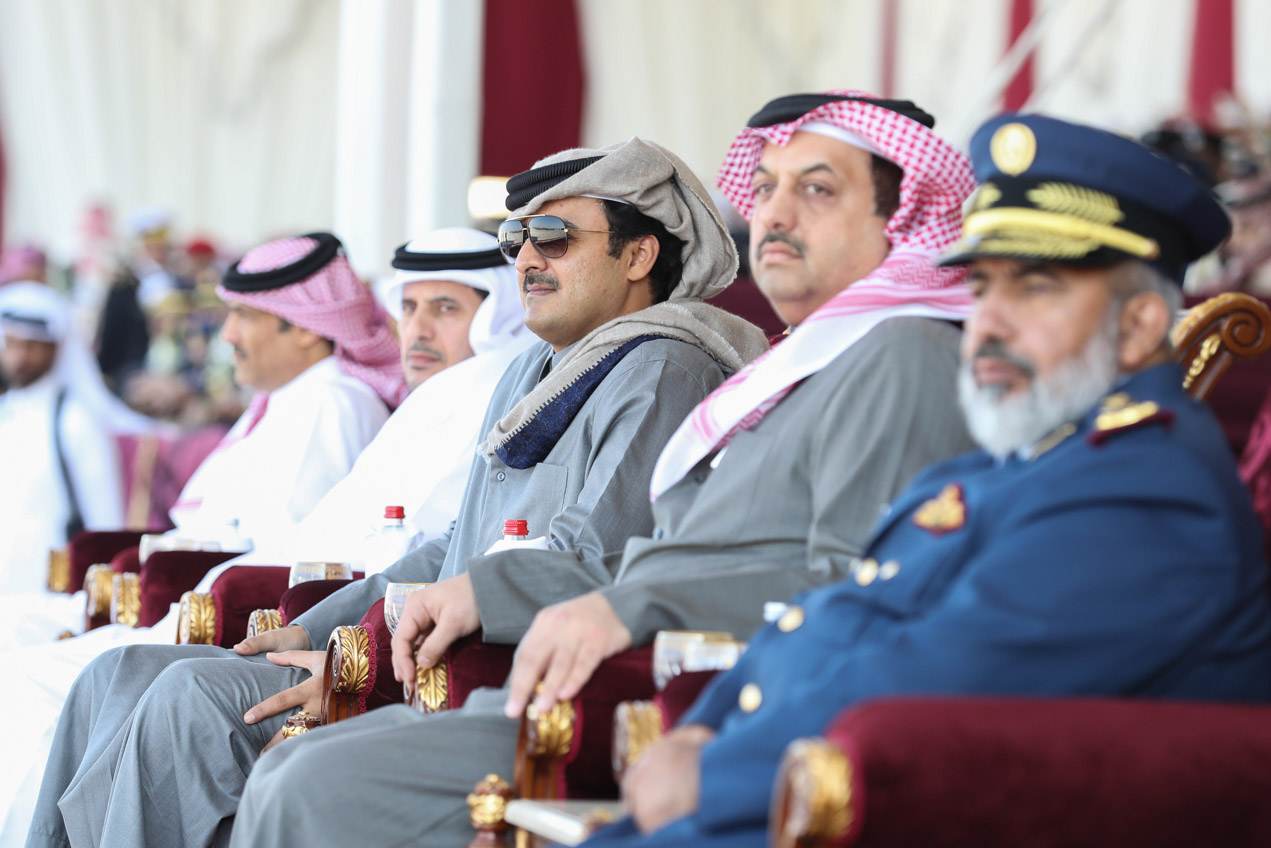 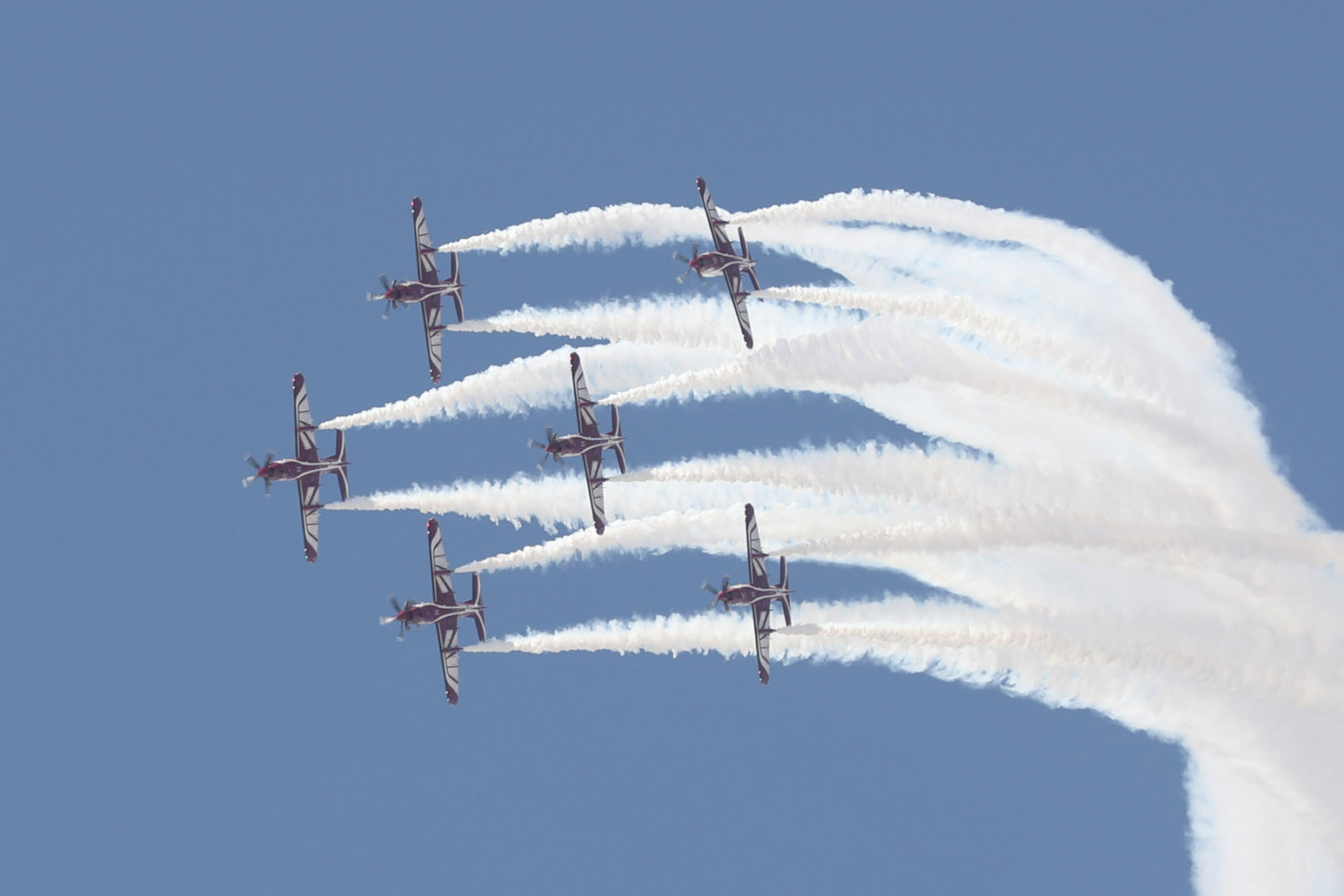 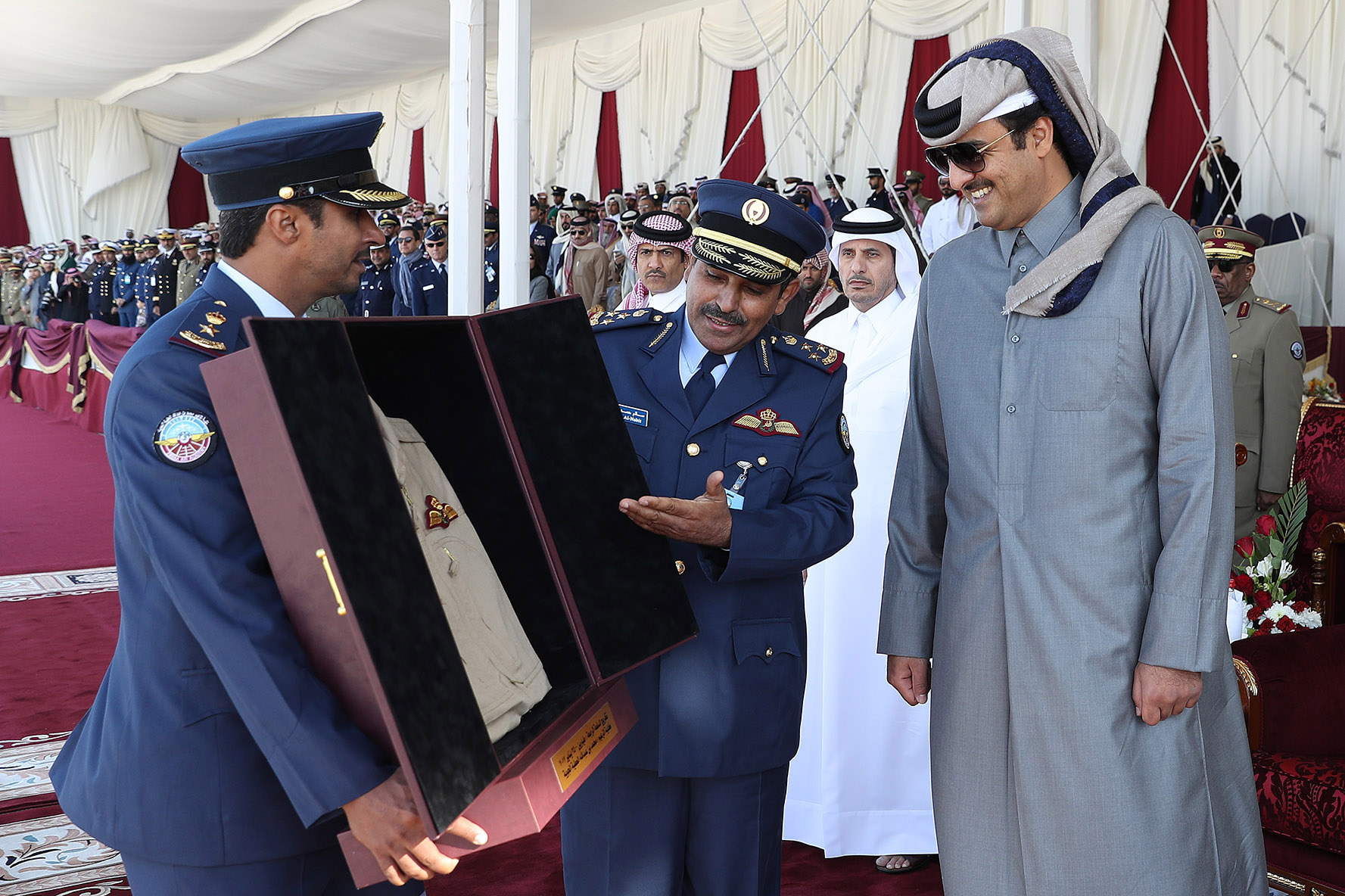 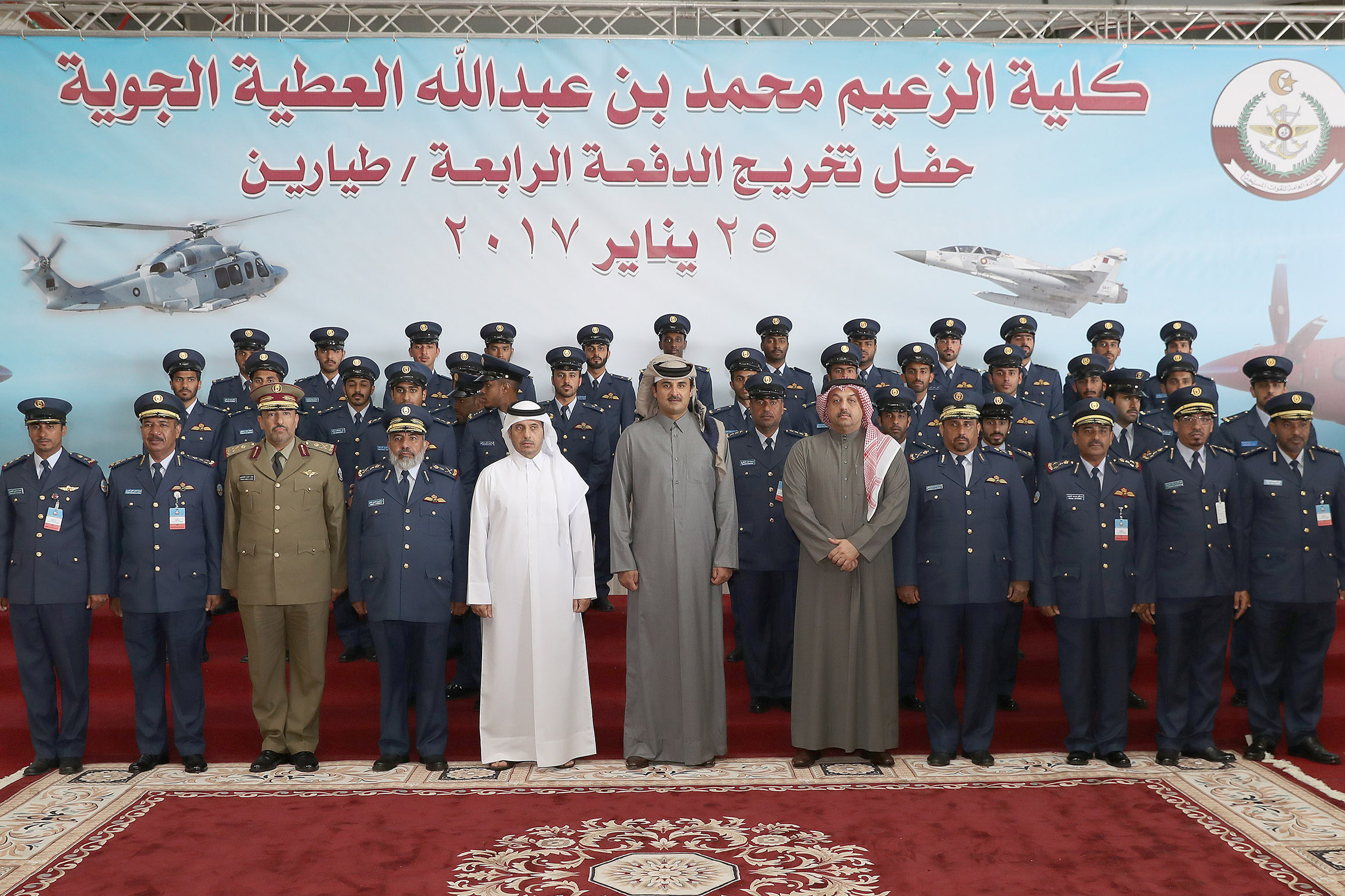 On the arrival of HH The Amir to the main podium, the national anthem was played and the commander of the parade came forward to request HH to review the graduates’ parade which includes 23 graduates.

The ceremony was attended by HE the Prime Minister and Interior Minister Sheikh Abdullah bin Nasser bin Khalifa Al-Thani and number of Their Excellencies the ministers as well as ranking armed forces senior Interior Ministry officers.

Addressing the ceremony, College Commander Brigadier (Pilot) Salim Hamad Al Nabit said that Al Zaeem Air Collage has been keenness, since its establishment, to prepare its graduates professionally and scientifically. The years of study were a wellspring of science in line with the requirements of the recent time and modern technology in the fields of aviation.

He noted that the College has focused that its outputs be fully compatible with the needs of the Qatari armed forces in general, and the Air Force in particular, in the fields of combat and vertical aviation, and the supporting disciplines, to be the first air college to provide two disciplines to students for a bachelor's degree in flights science.

The College has made great strides in the field of theoretical and practical training with the best global talent in the field of pilot training, he said, adding that the College has started the preparation of national cadres for pilot training by holding training courses for coaches and supervisors, as well as advanced courses on the (PC-21) aircraft and the electronic warfare courses for pilots.

After that, the graduates performed the military parade with slow and normal march.

The fourth batch handed over the flag to the fifth batch. An order for promotions was read out and the graduates took the oath.

HH The Amir watched an airshow by helicopters of the Amiri Air Forces and the College.