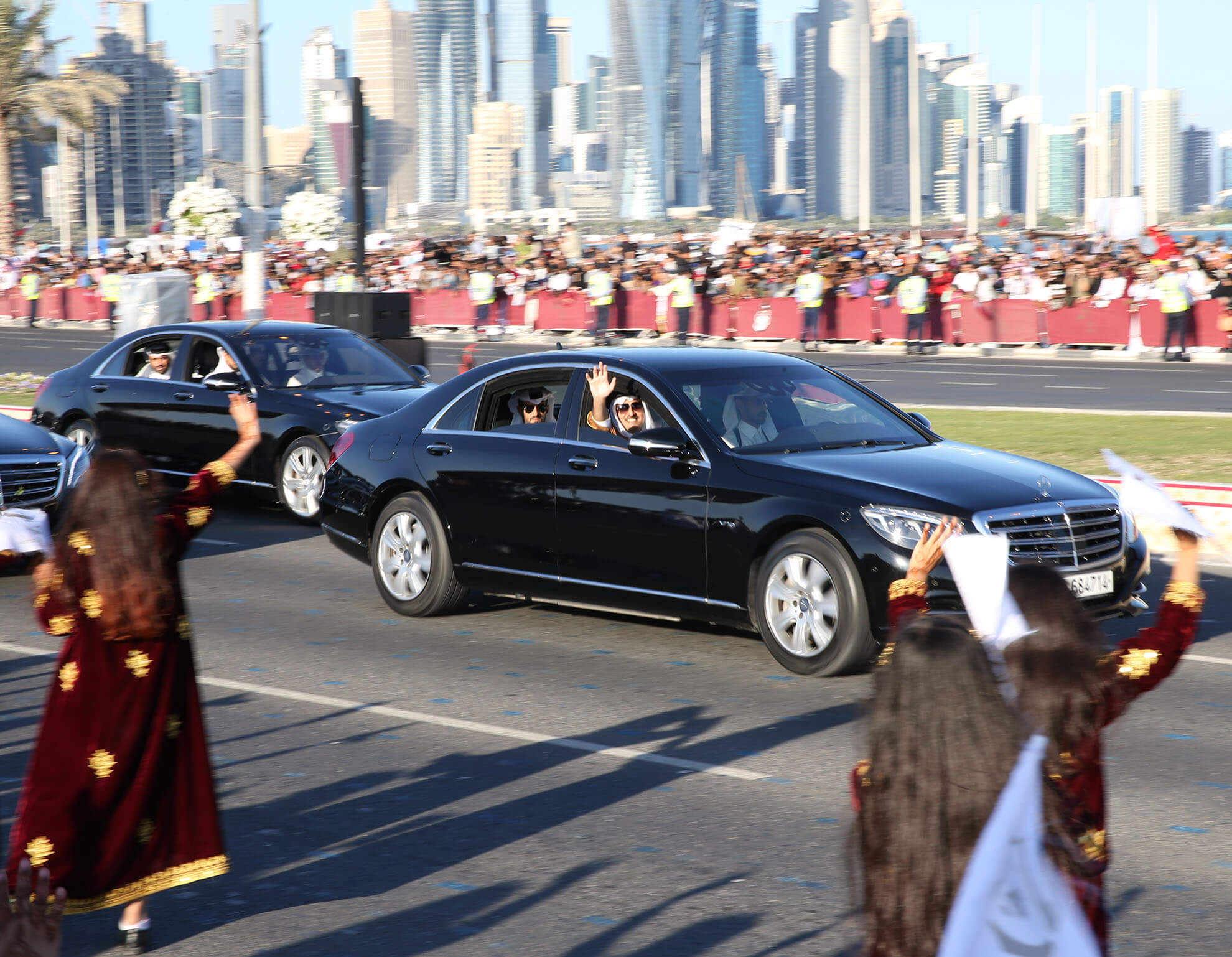 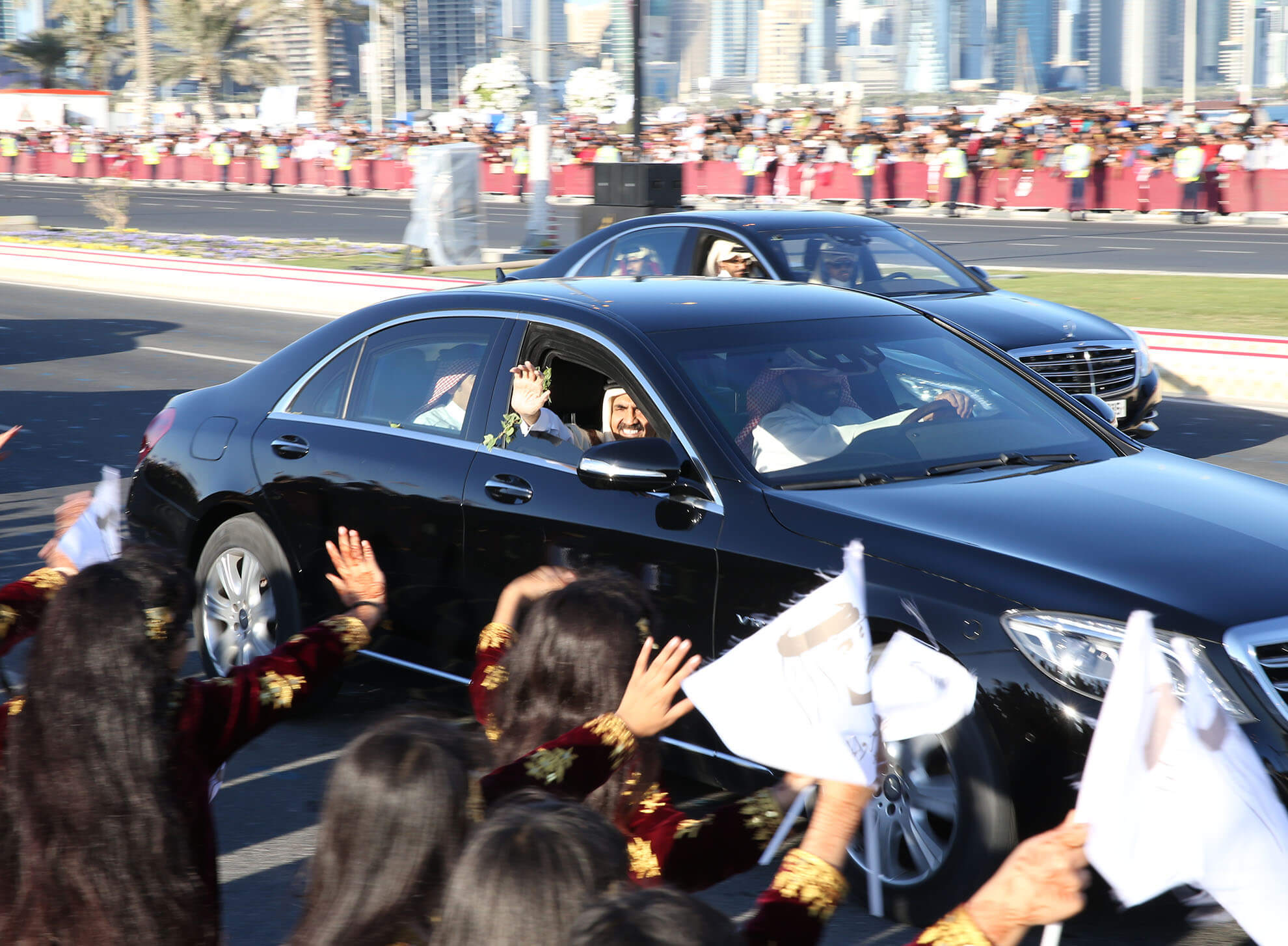 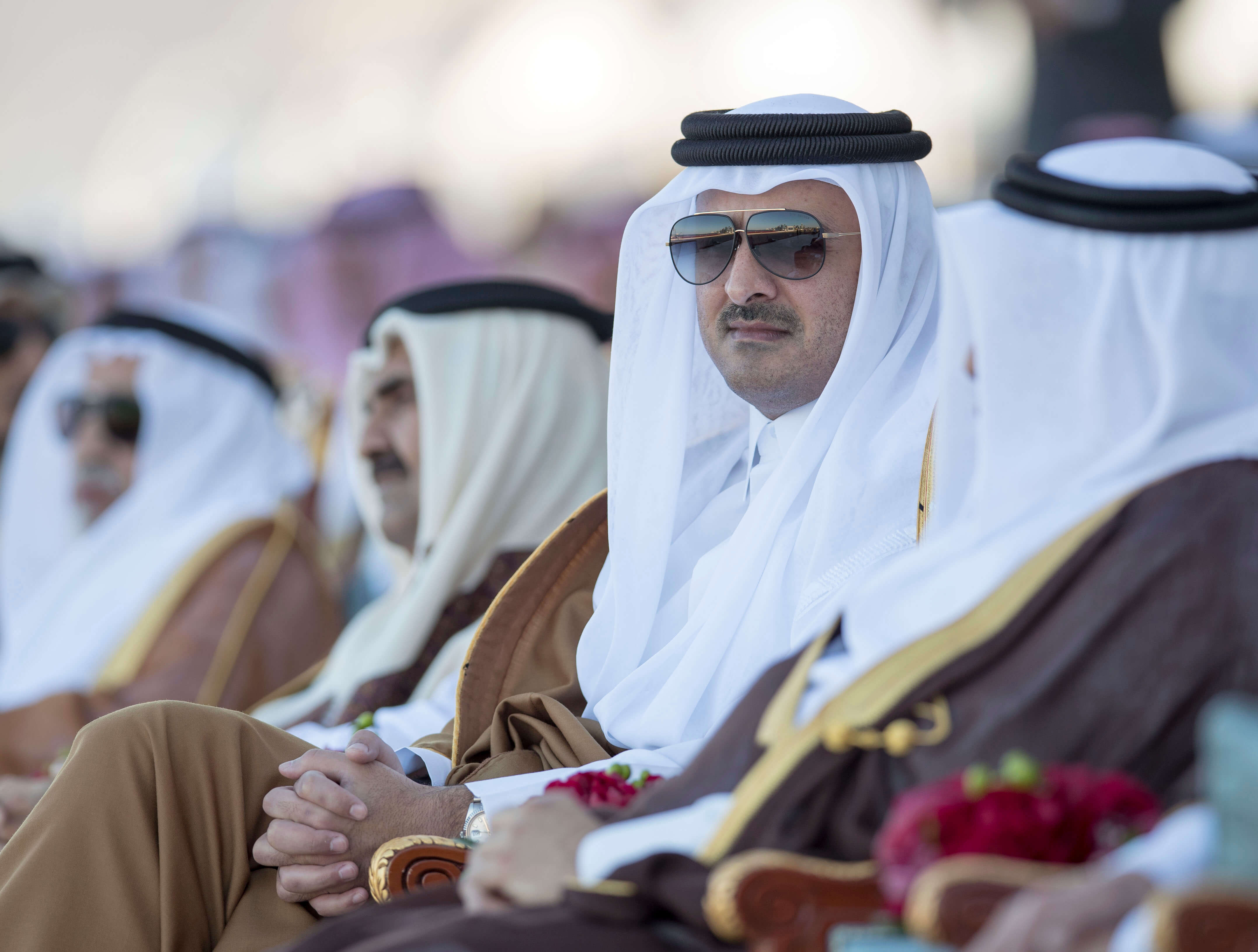 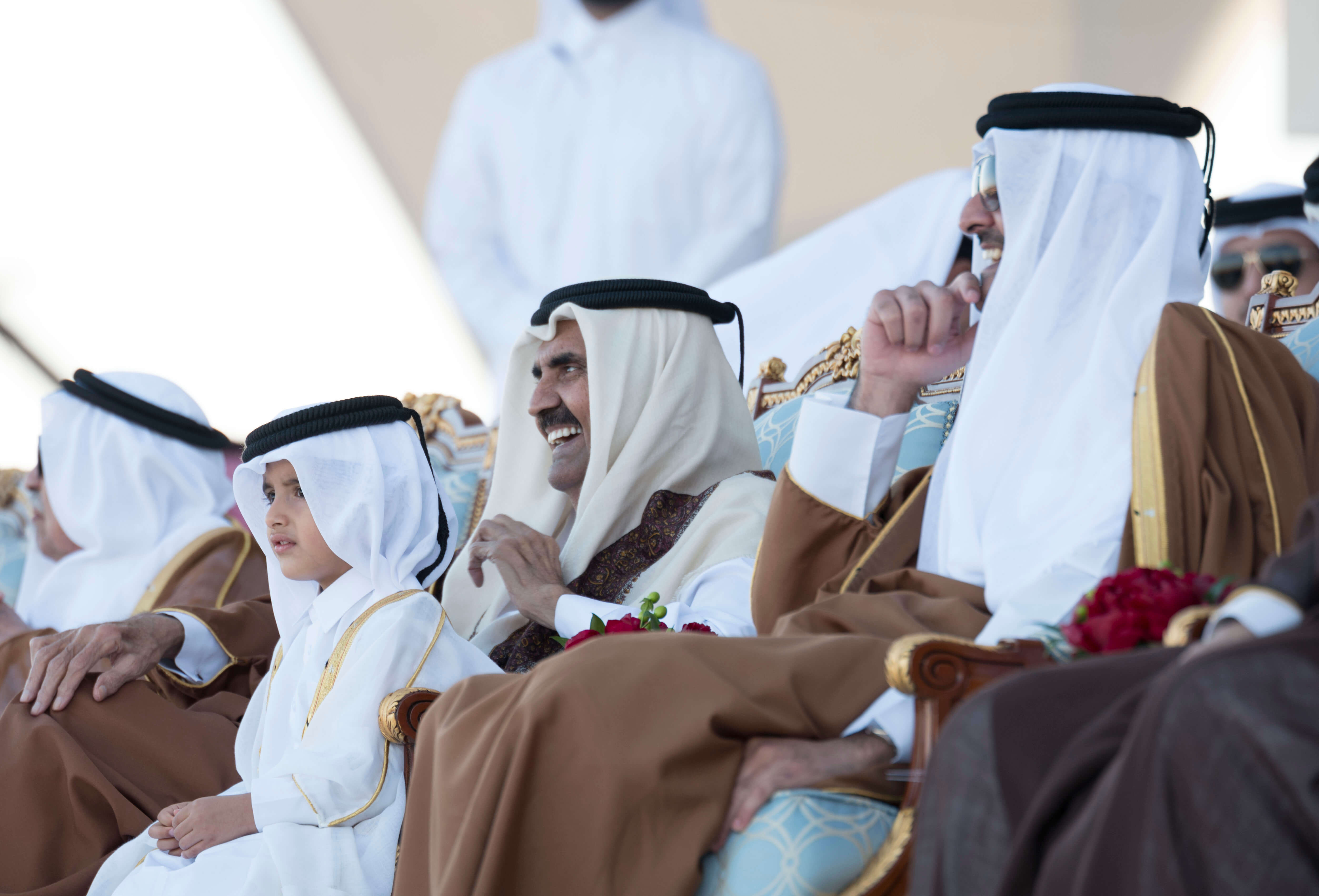 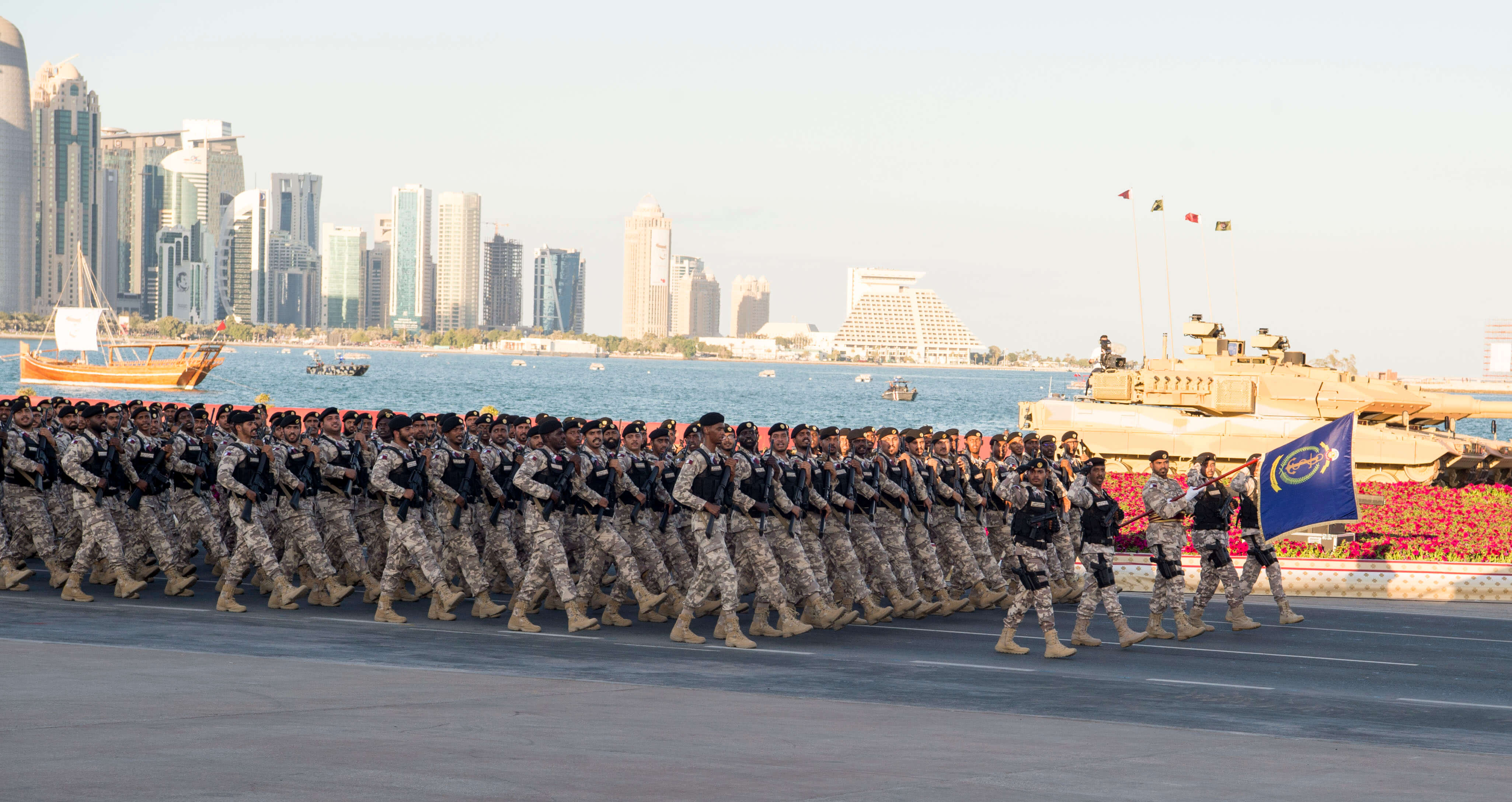 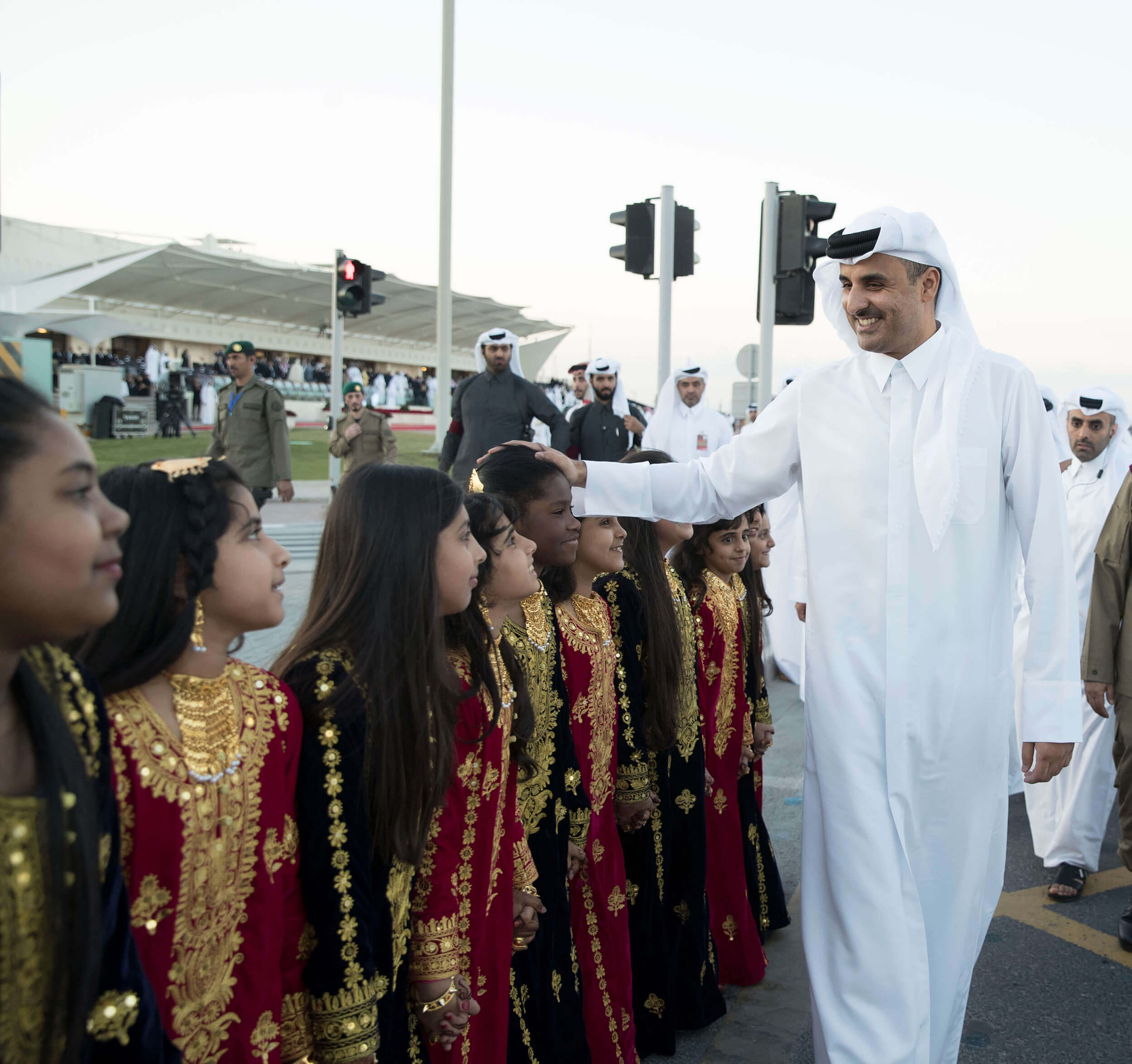 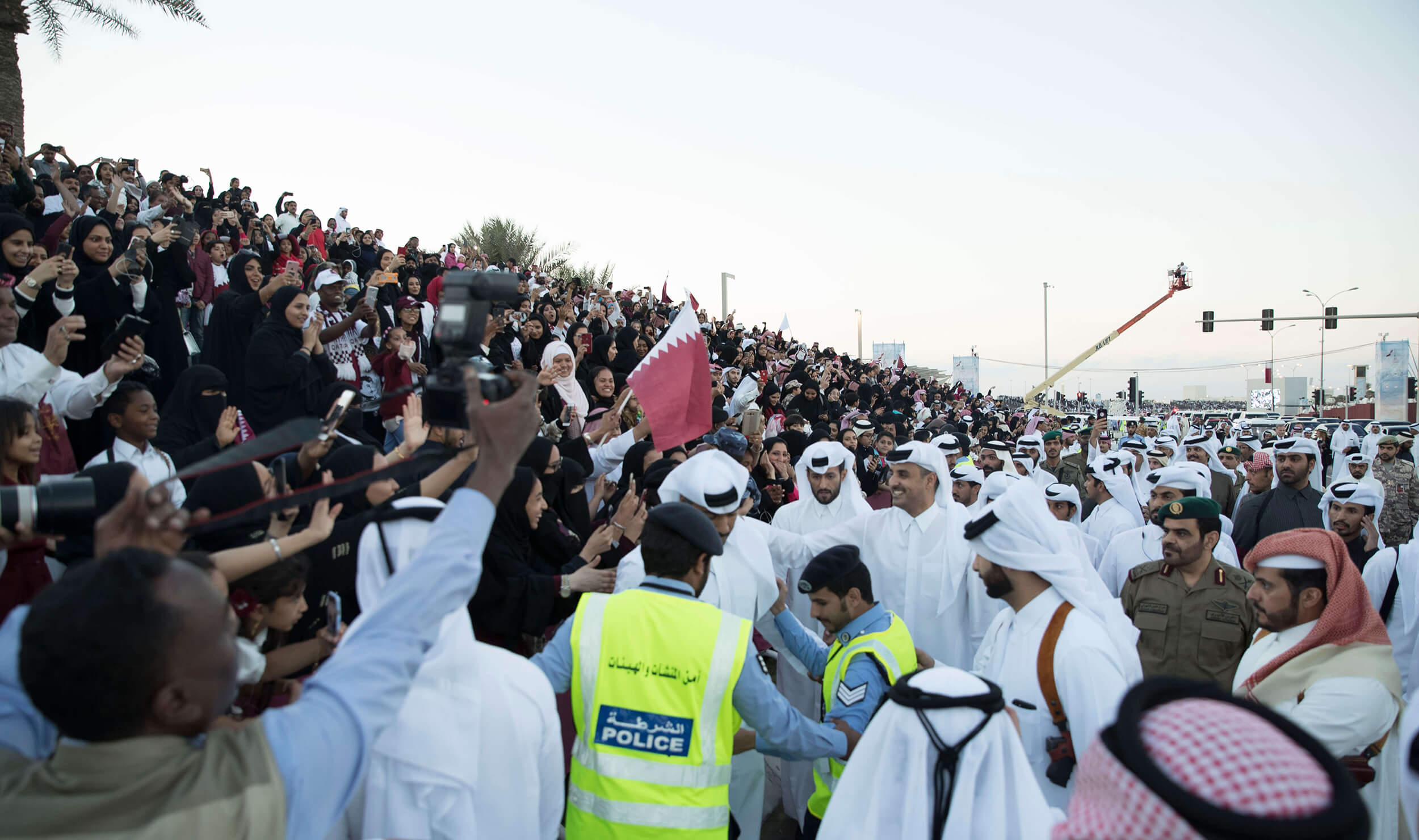 HE the Prime Minister and Minister of Interior Sheikh Abdullah bin Nasser bin Khalifa Al Thani and HE Speaker of the Advisory Council Ahmed bin Abdullah bin Zaid Al Mahmoud also attended the Parade along with a number of Their Excellences Sheikhs, Ministers, esteemed guests of the country, members of the Advisory Council, heads of diplomatic missions accredited in the State and number of senior officers of the Armed Forces and the Ministry of Interior, as well as dignitaries and scores of citizens and residents.

The show began with the national anthem, then verses from the Holy Quran were recited. Eighteen artillery rounds were then launched to mark the national day of the state.

The parade began with aerial displays of various types of warplanes, combat, helicopter, reconnaissance, transport and cargo aircraft followed by Amiri Cavalry and Camel Corps of the Amiri Guard and the Guards of Honor.

Following was the parade show team which performed different forms of individual and group skydiving featuring the Flag of the State of Qatar.

The National Parade saw participation of all the Armed Forces land, air and naval units, as well as the Ministry of Interior's Civil Defense Force, Coasts and Borders Security, Traffic and Police College along with National Service cadets and a group of school students in military uniforms, in addition to classic cars, and a number of traditional boats.