HH The Amir Inaugurates 'Made in Qatar' Exhibition 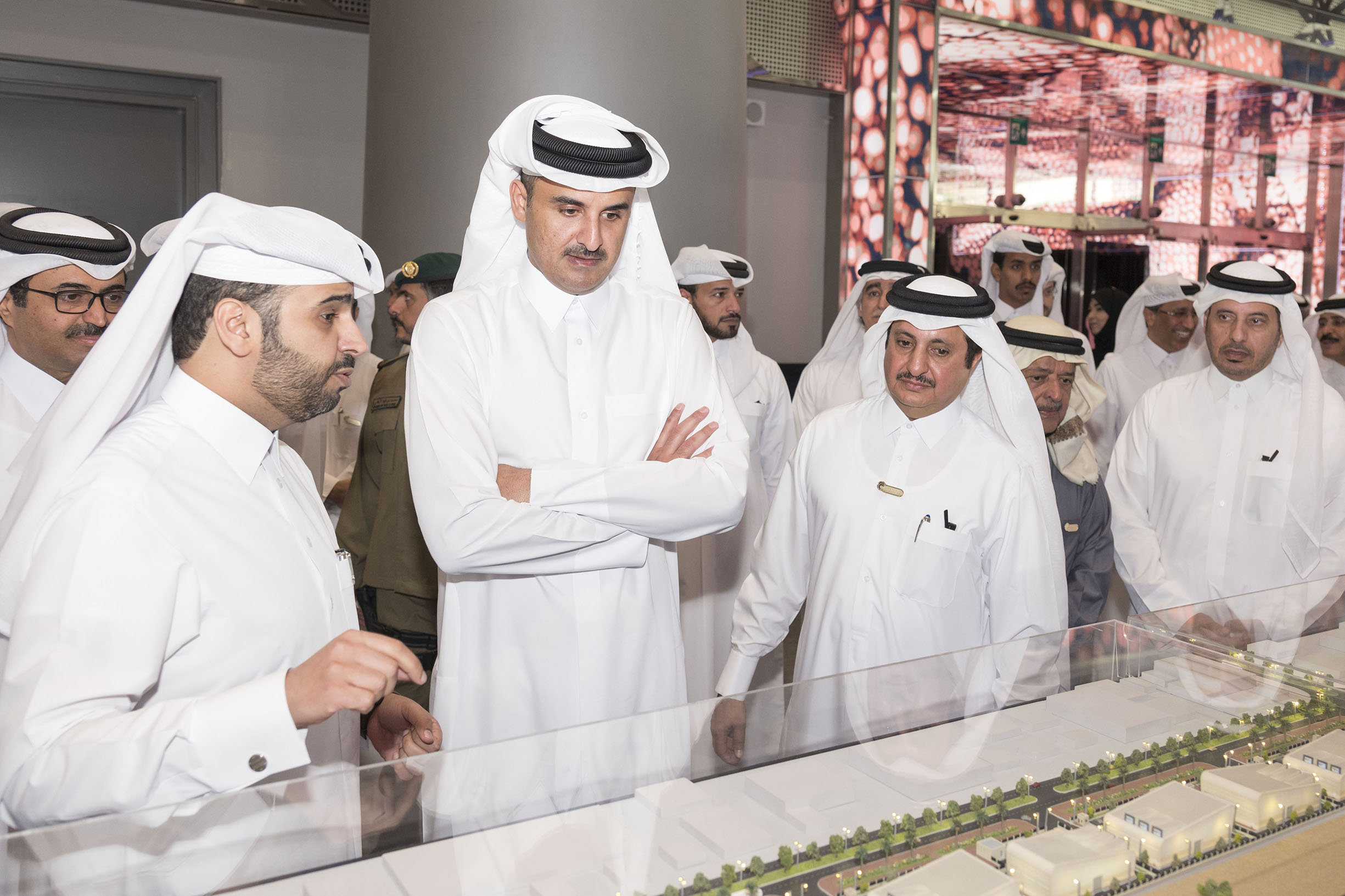 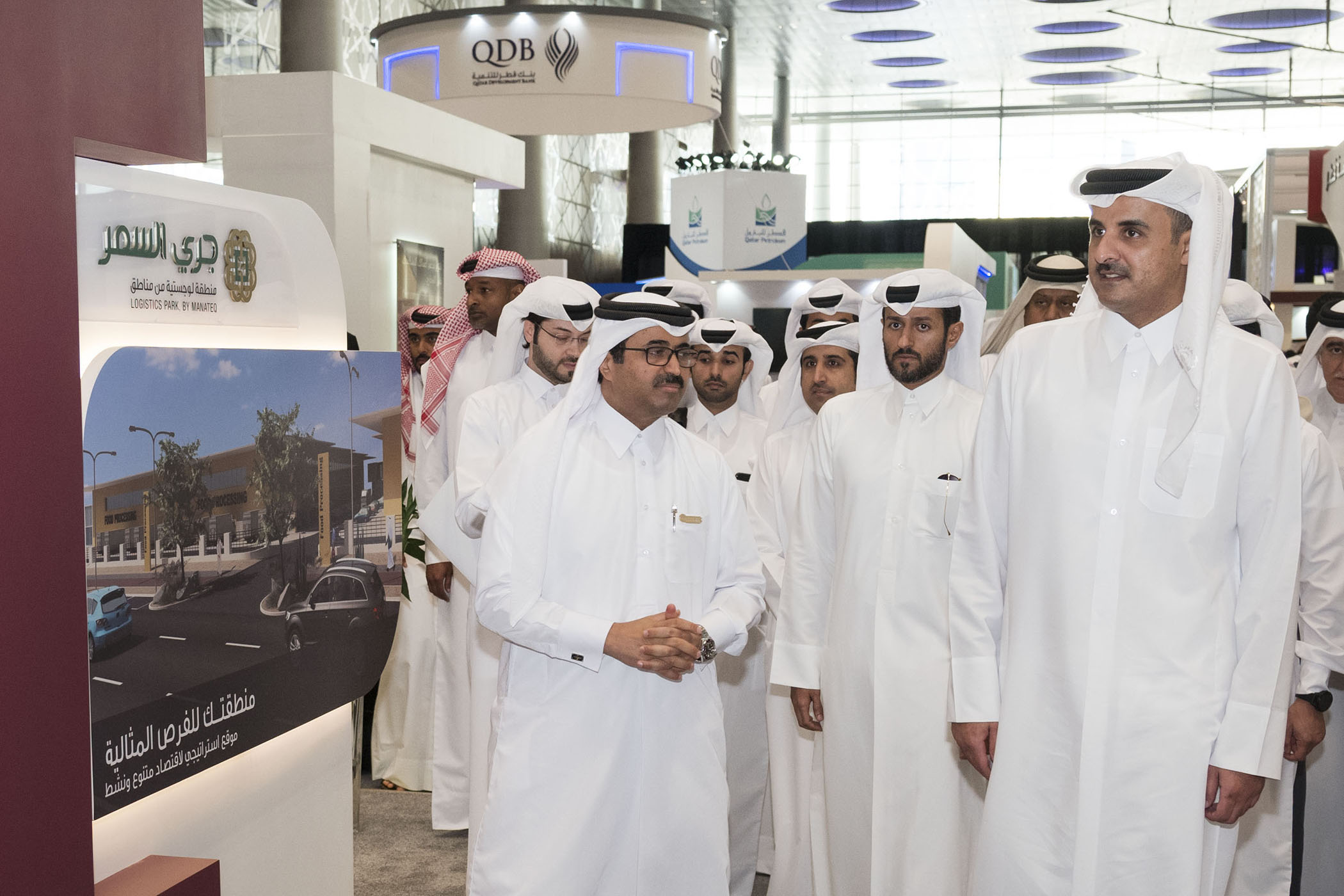 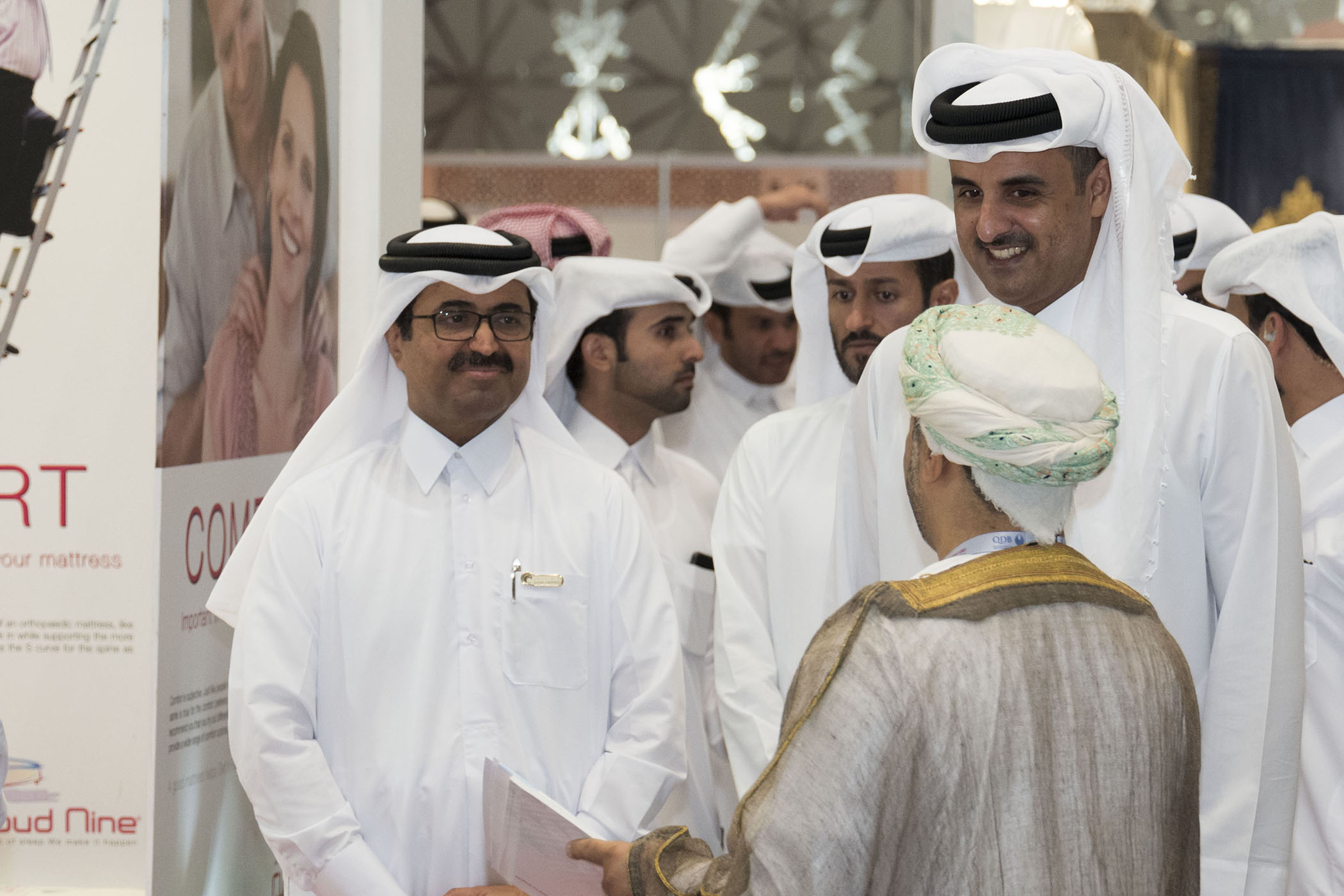 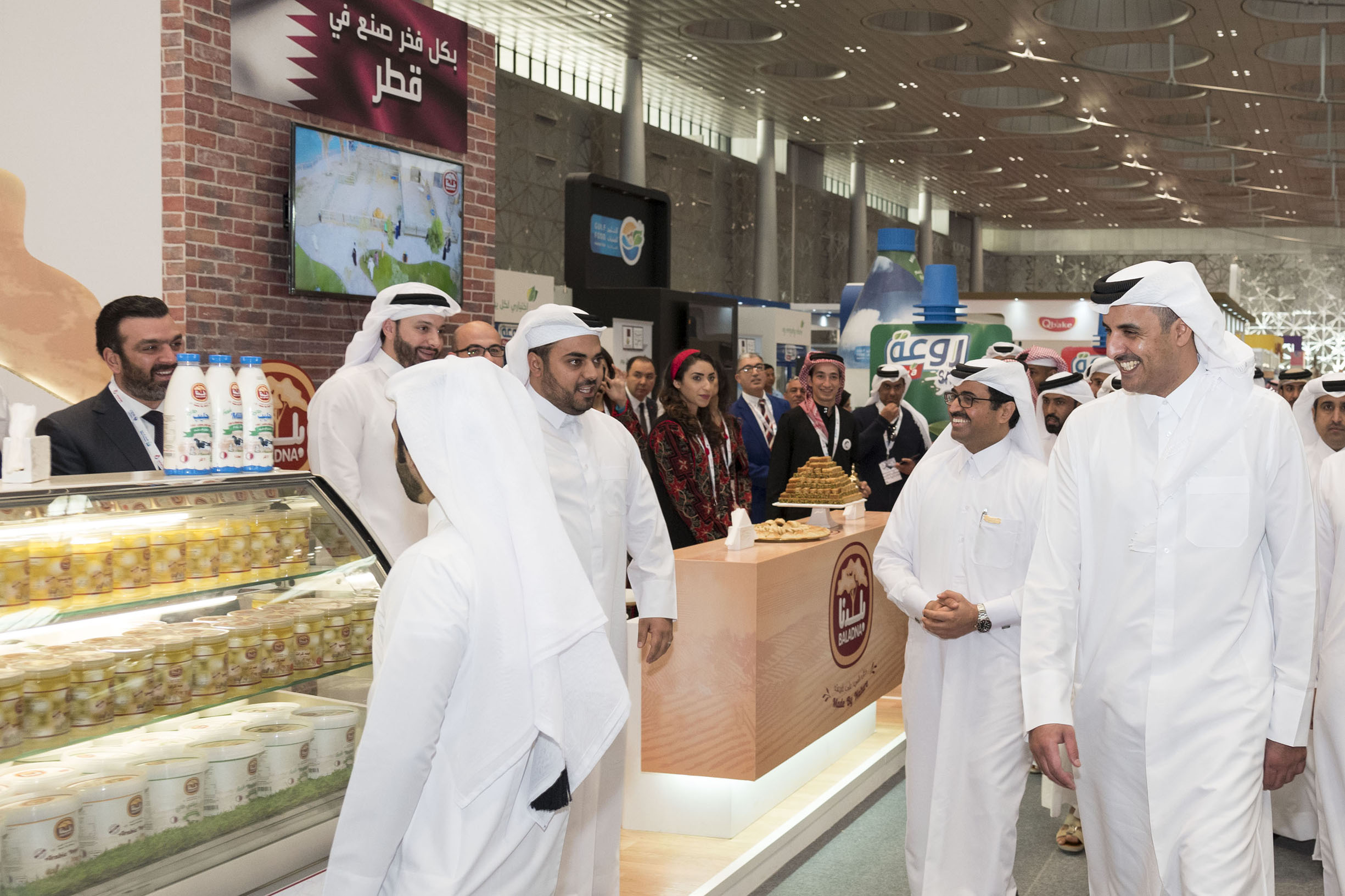 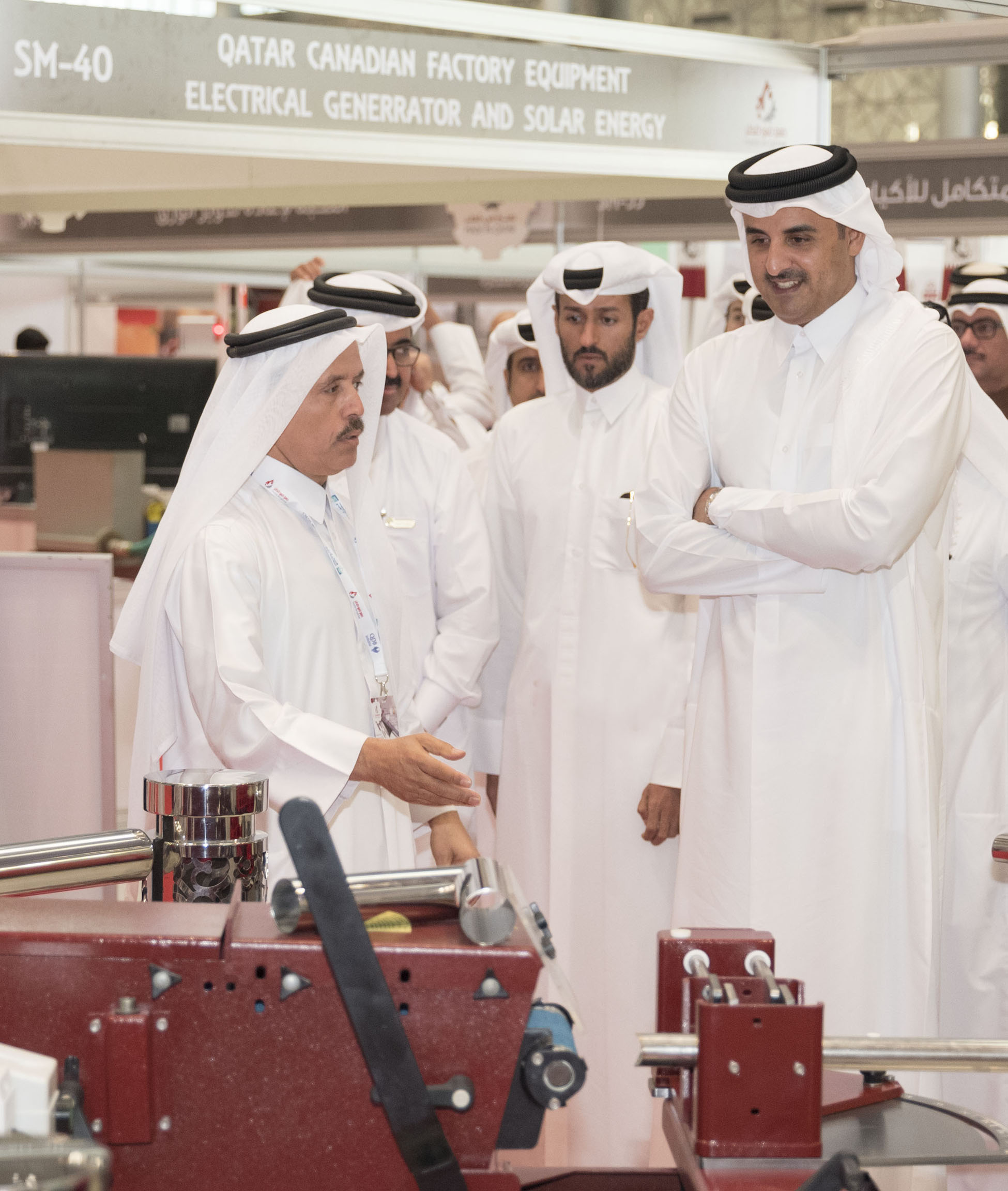 His Highness The Amir Sheikh Tamim bin Hamad Al Thani inaugurated the fifth edition of 'Made in Qatar' Exhibition at Doha Exhibition and Convention Center on Thursday morning.

HH The Amir toured the exhibition where he was briefed about the various national industries participating in the exhibition. HH listened to explanations about the most important projects and industries and their contribution to the Qatari economy.

HH The Amir was accompanied by HE Prime Minister and Interior Minister Sheikh Abdullah bin Nasser bin Khalifa Al Thani and a number of Their Excellencies the Ministers, members of Qatar Chamber's Board of Directors and businessmen.