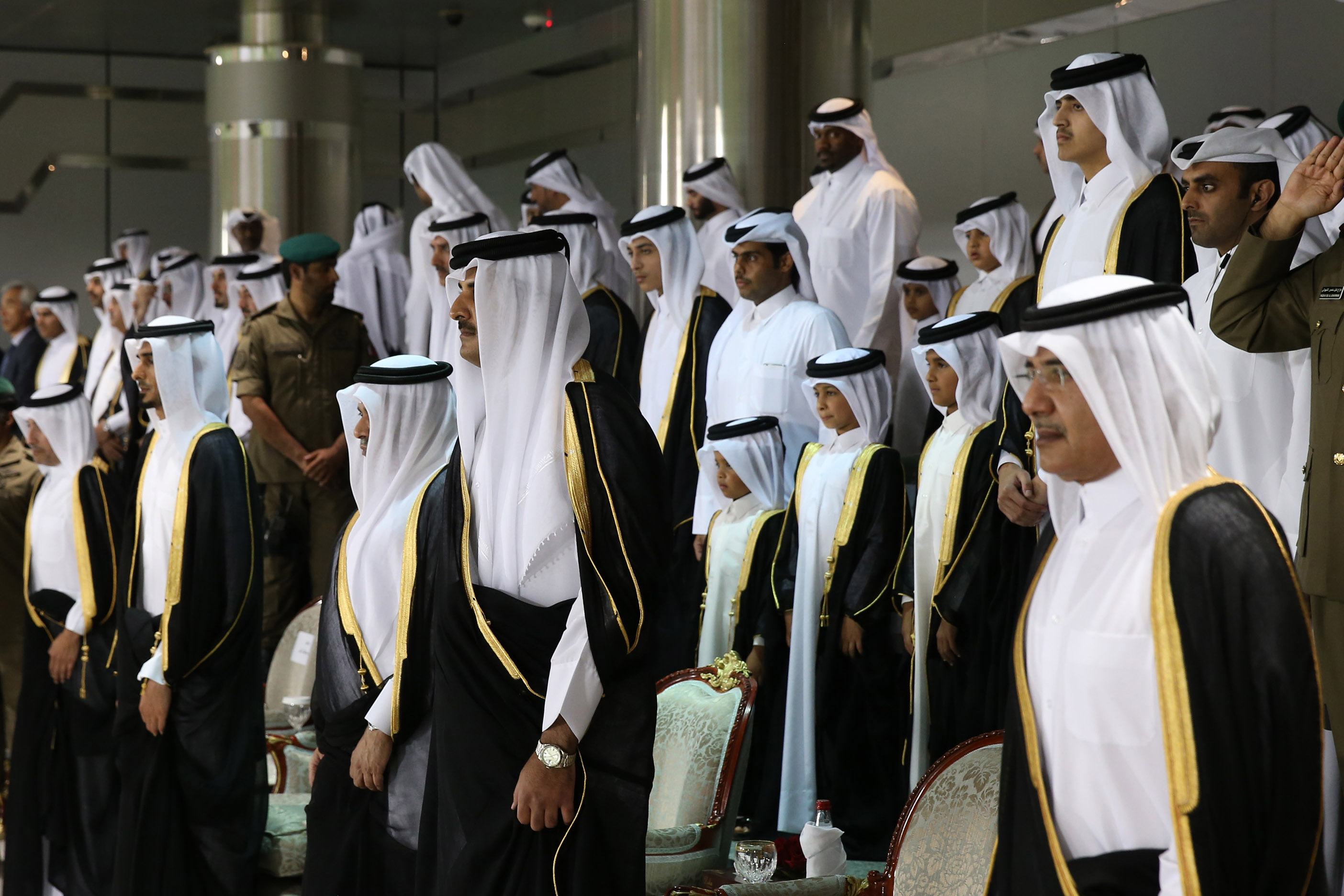 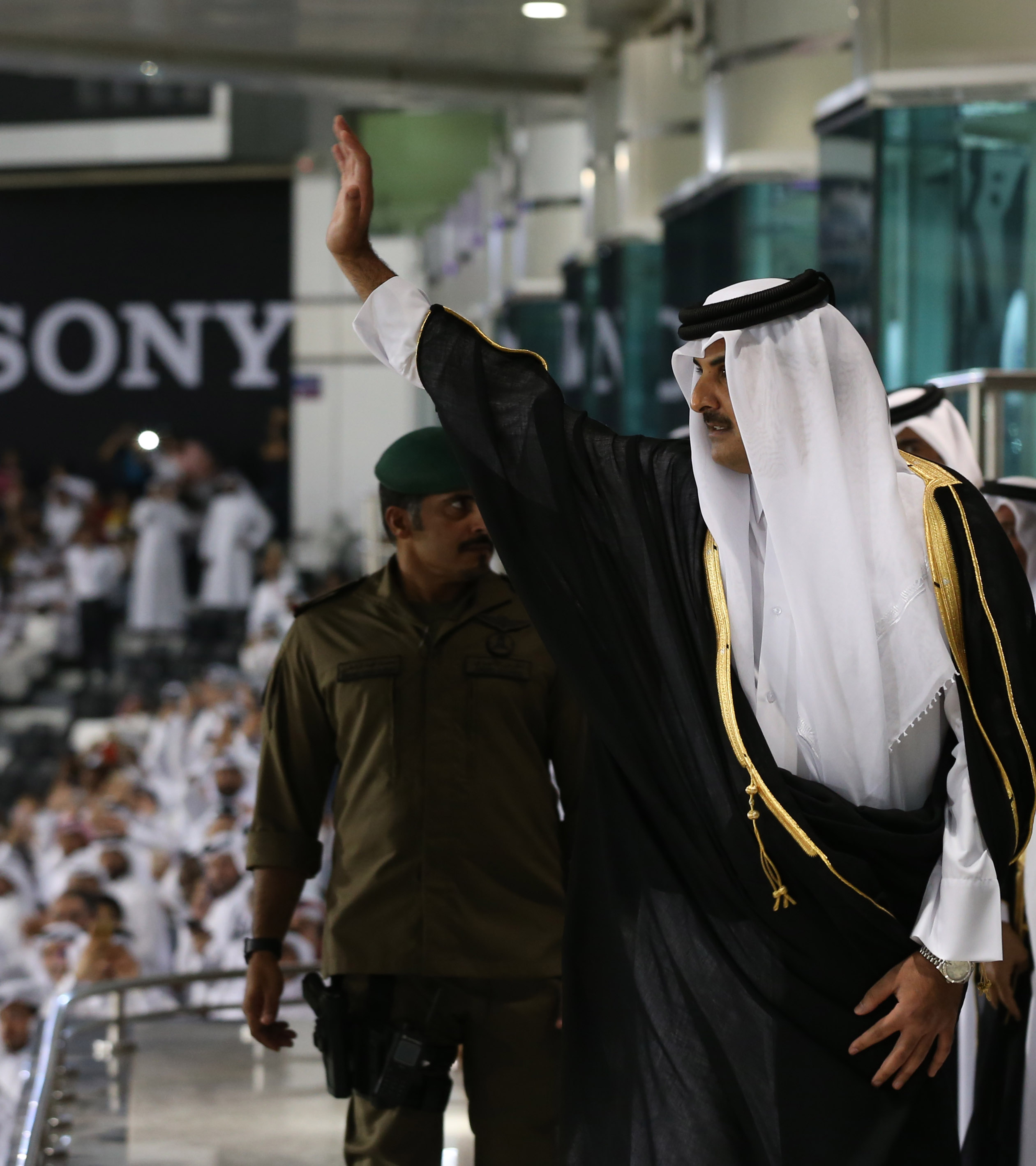 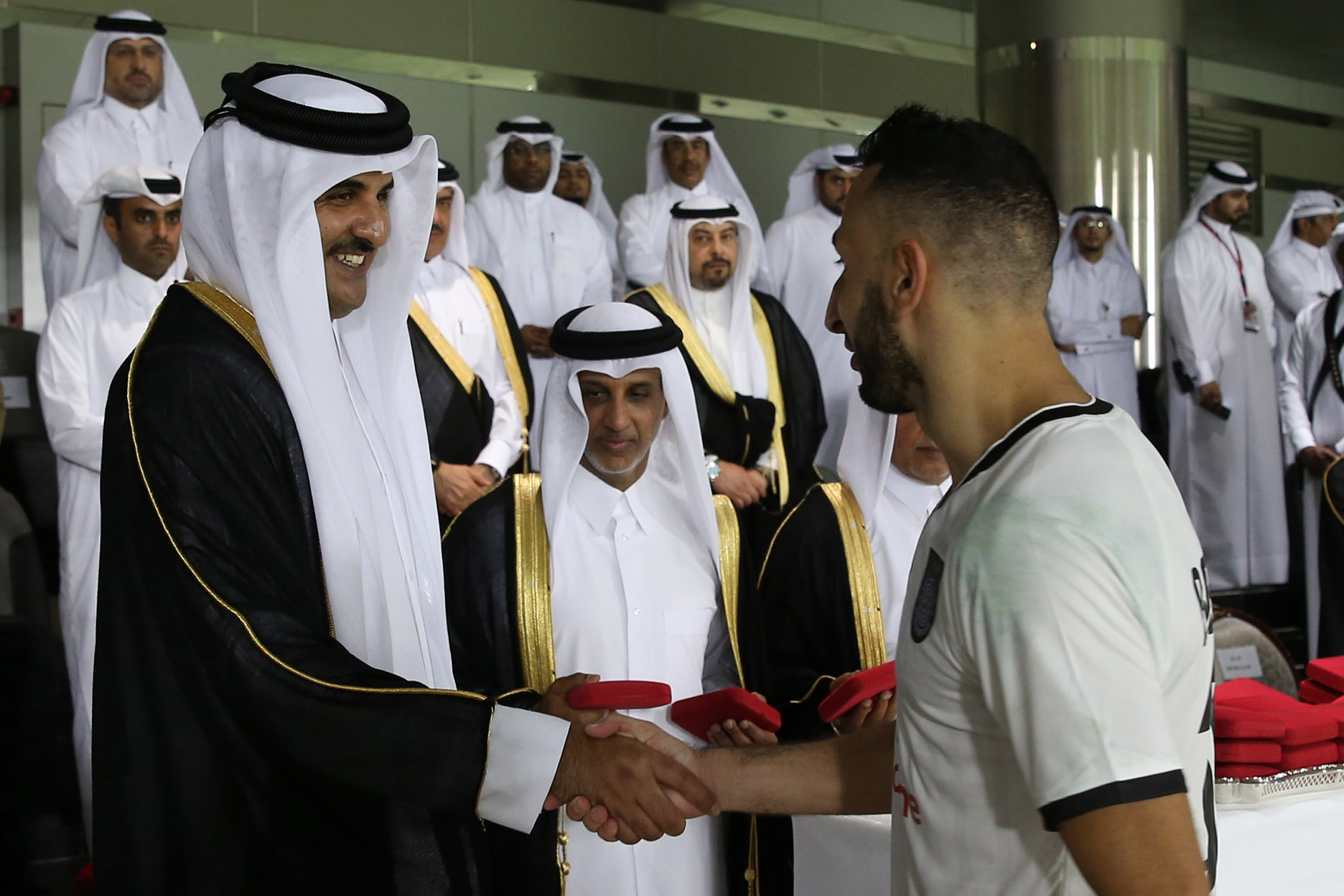 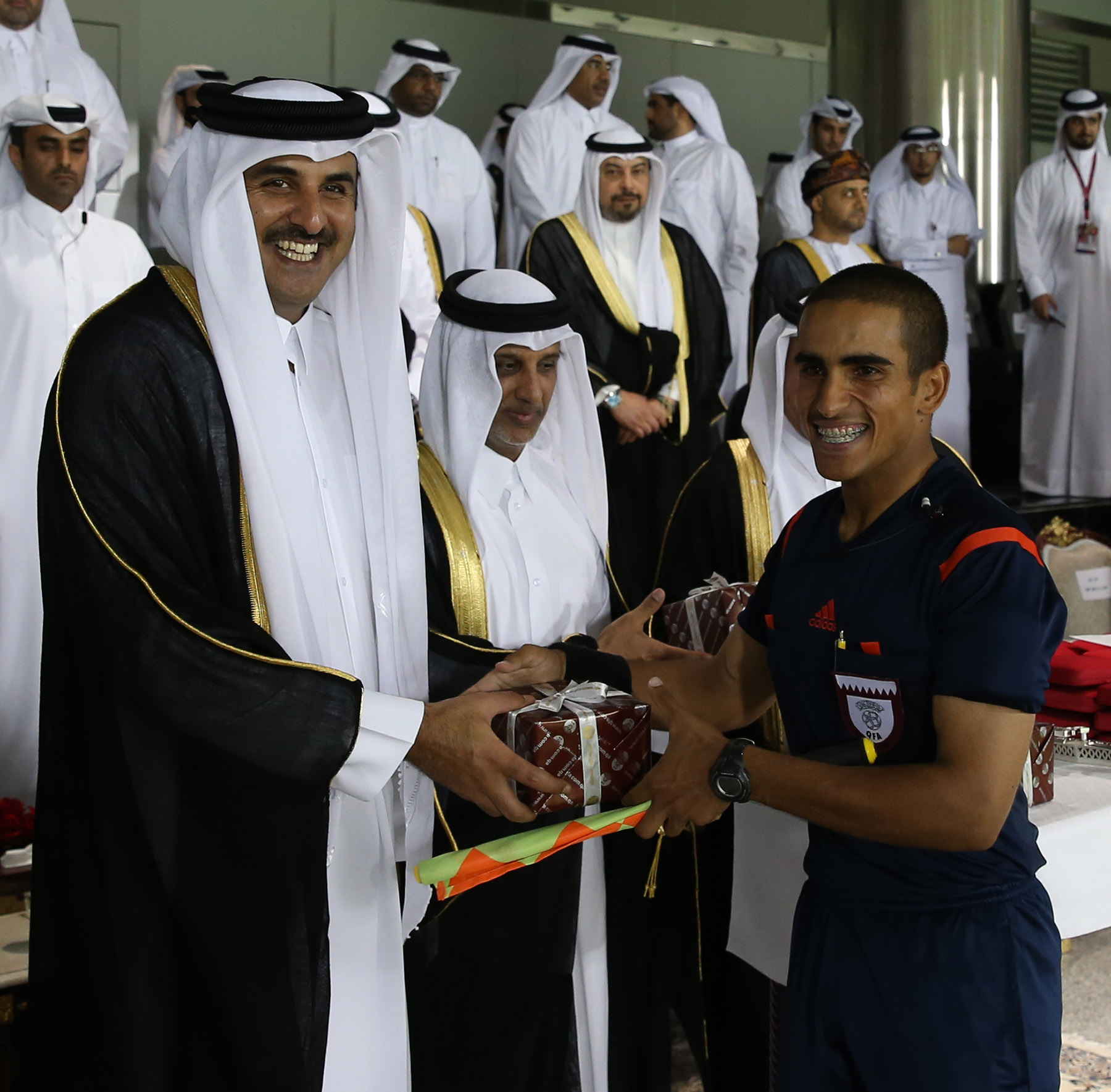 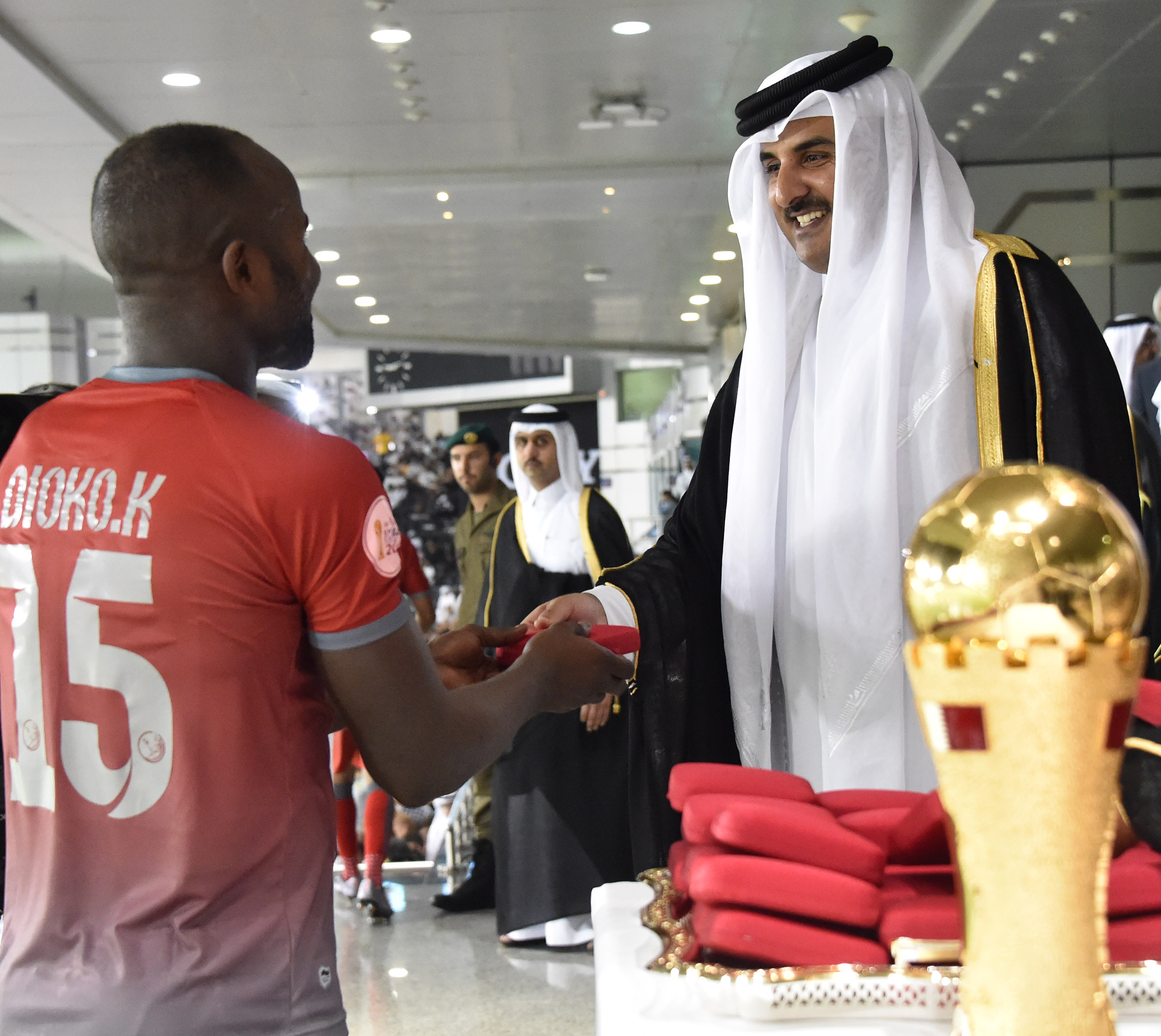 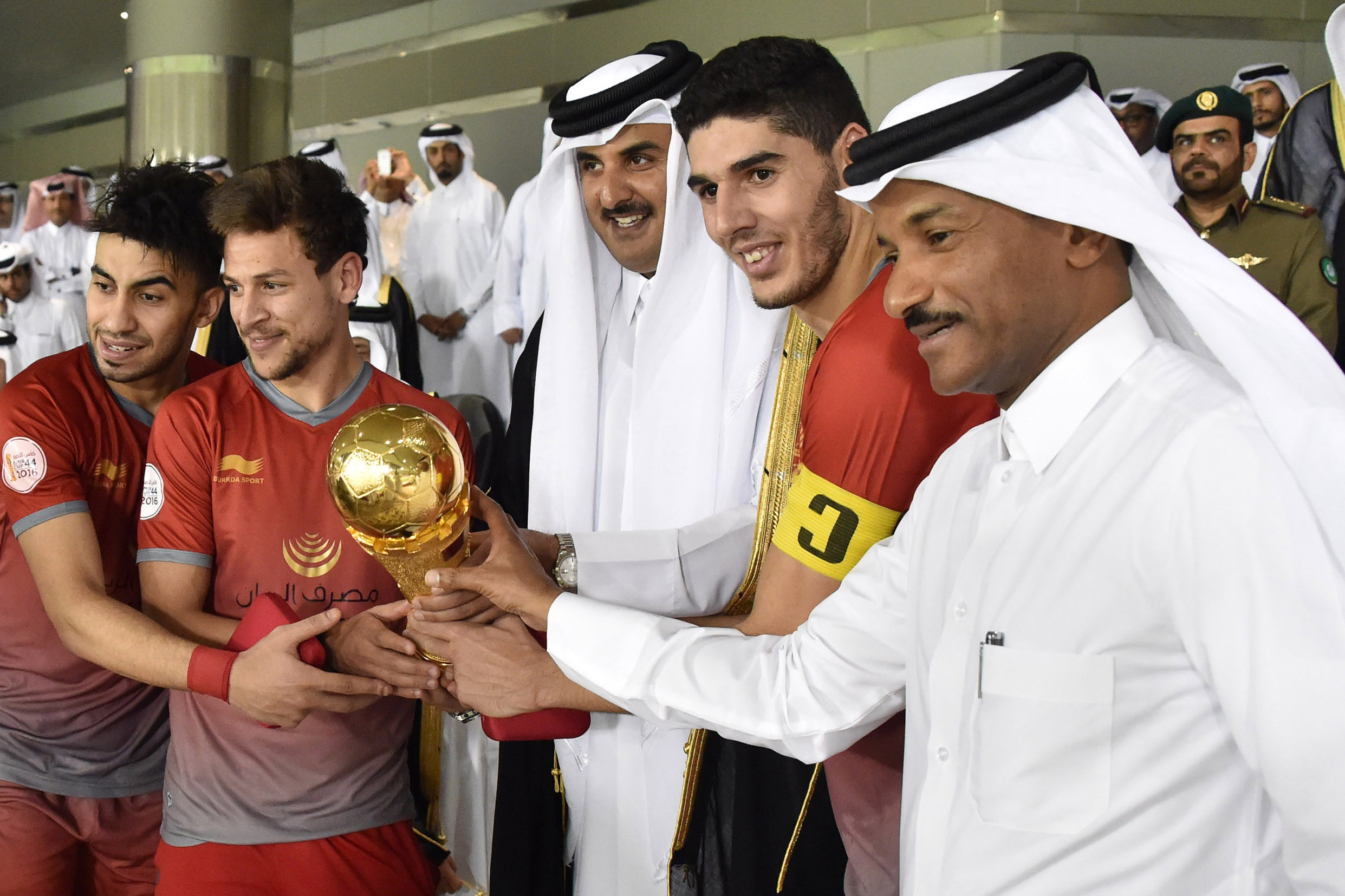 His Highness The Amir Sheikh Tamim bin Hamad Al Thani attended on Friday evening the final game of the Amir Cup in football between Al Sadd and Lekhwiya, which took place at Jassim bin Hamad Stadium.

After the end of the game, HH The Amir Sheikh Tamim bin Hamad Al-Thani handed the cup and golden medals to Lekhwiya players and the silver medals to Al Sadd players.
Lekhwiya won the game 4-2 on penalties after the game had ended in a 2-2 draw.

Baghdad Bounedjah and Abdelkarim Hassan scored for Al Sadd on 62 and 67 minutes, but Lekhwiya responded quickly through Chico Flores and Nam Tae-hee on 70 and 77 minutes to take the game into extra time, which failed to separate the two sides too.

In the penalty shootout, Alain Dioko, Luiz Martin, Chico Flores and Nam Tae-hee successfully converted for Lekhwiya. On the other hand, Xavi and Ibrahim Majid scored for Al Sadd but Khalfan Ibrahim and Nadir Belhadj missed.

The victory gifted Lekhwiya their first ever Amir Cup title.