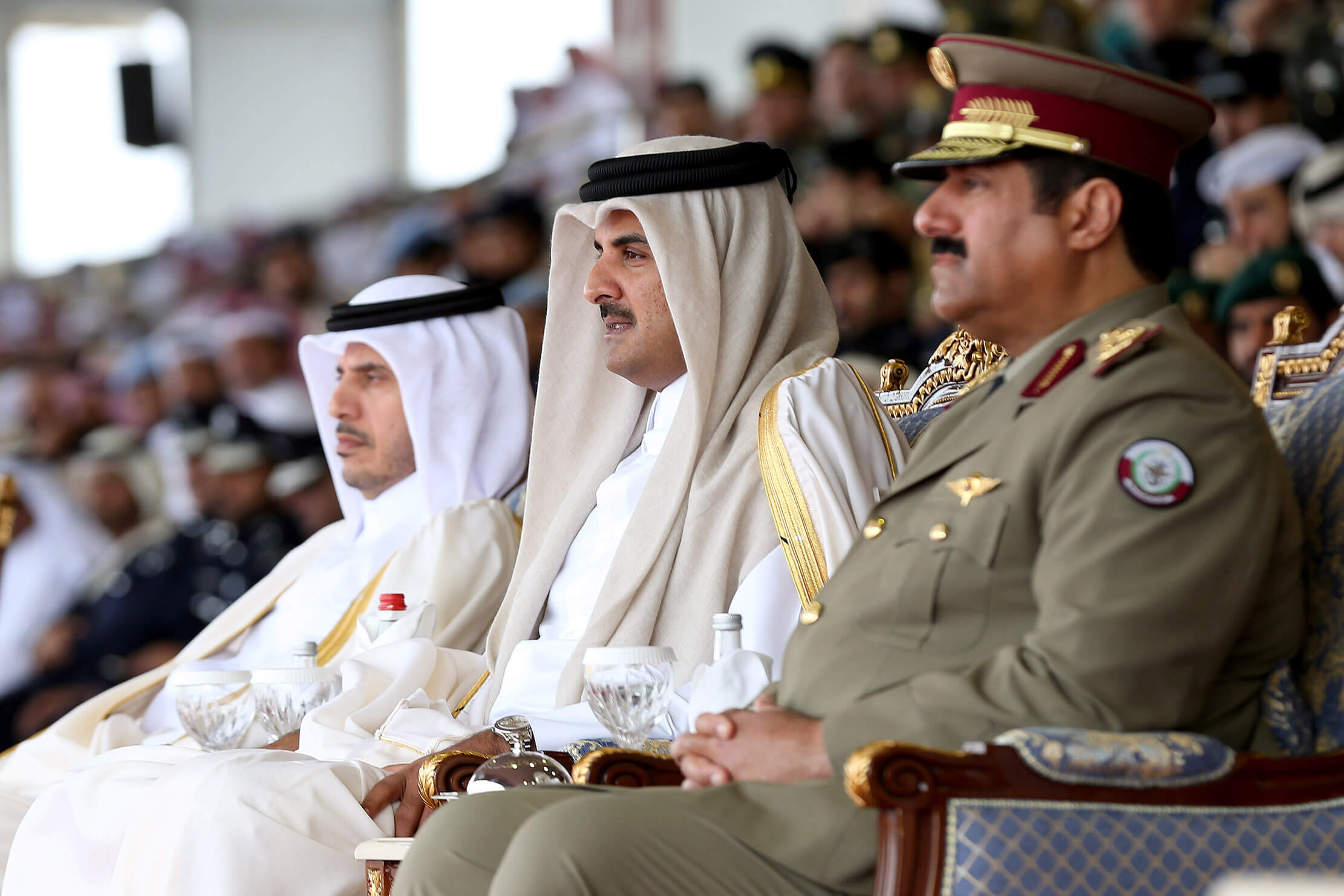 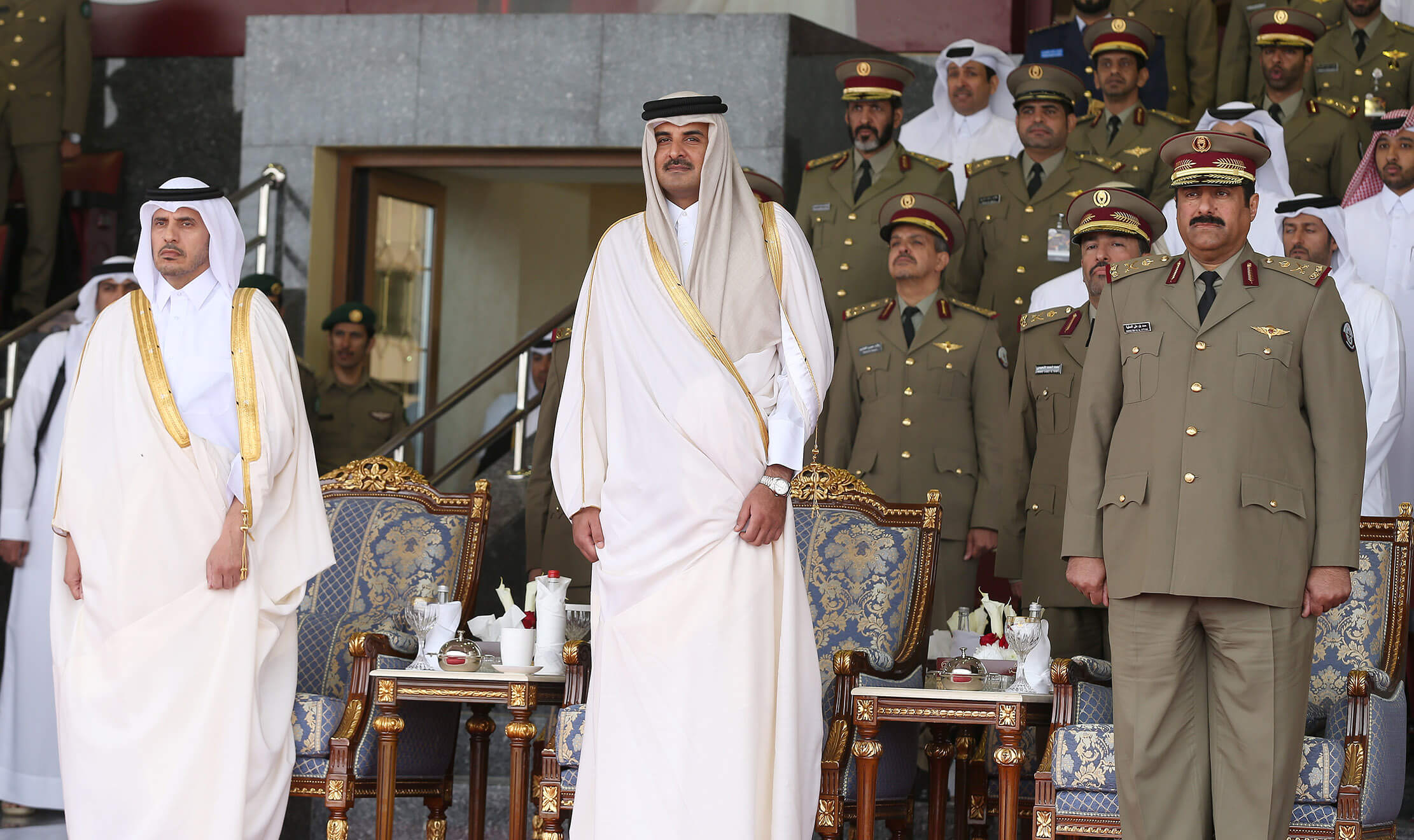 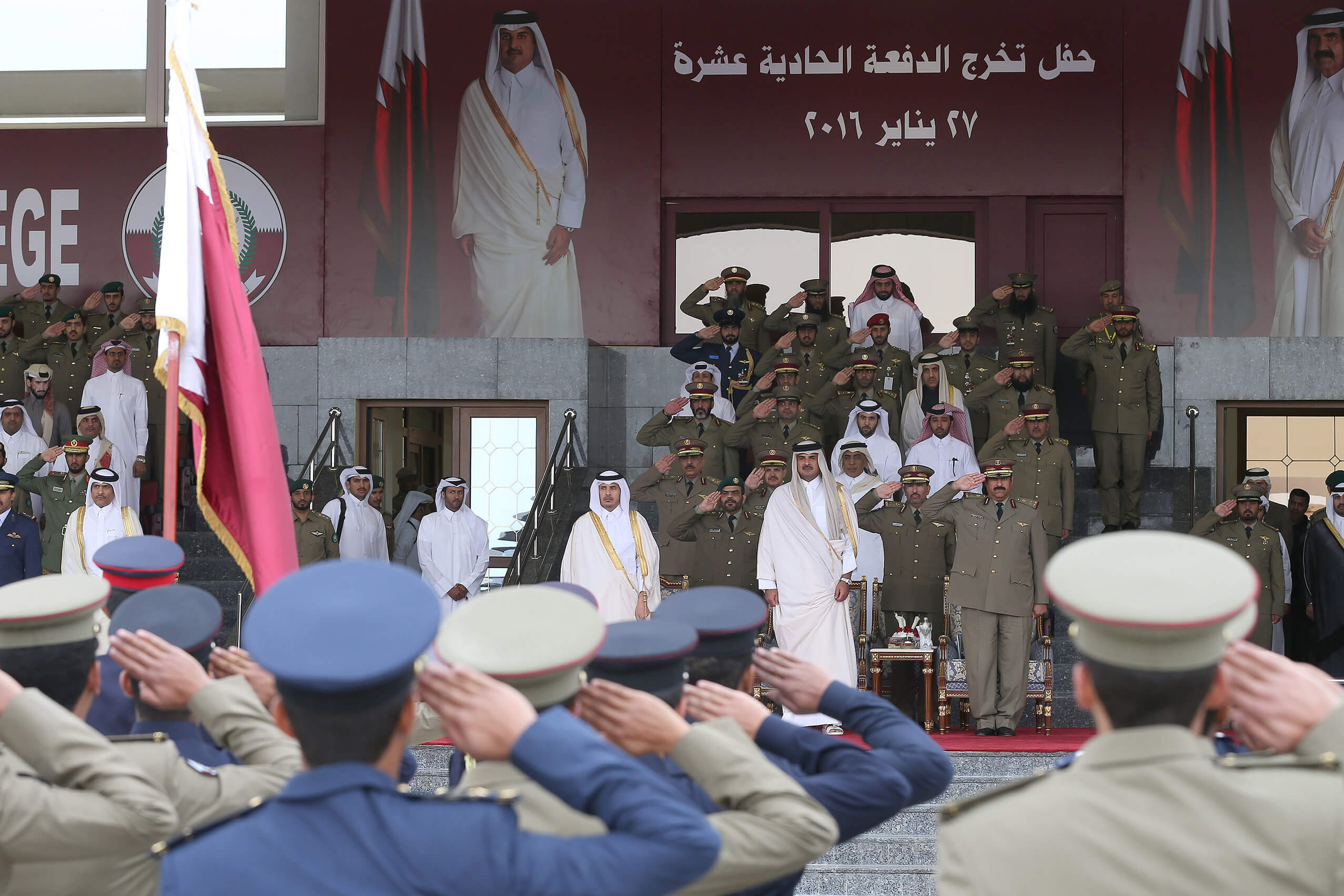 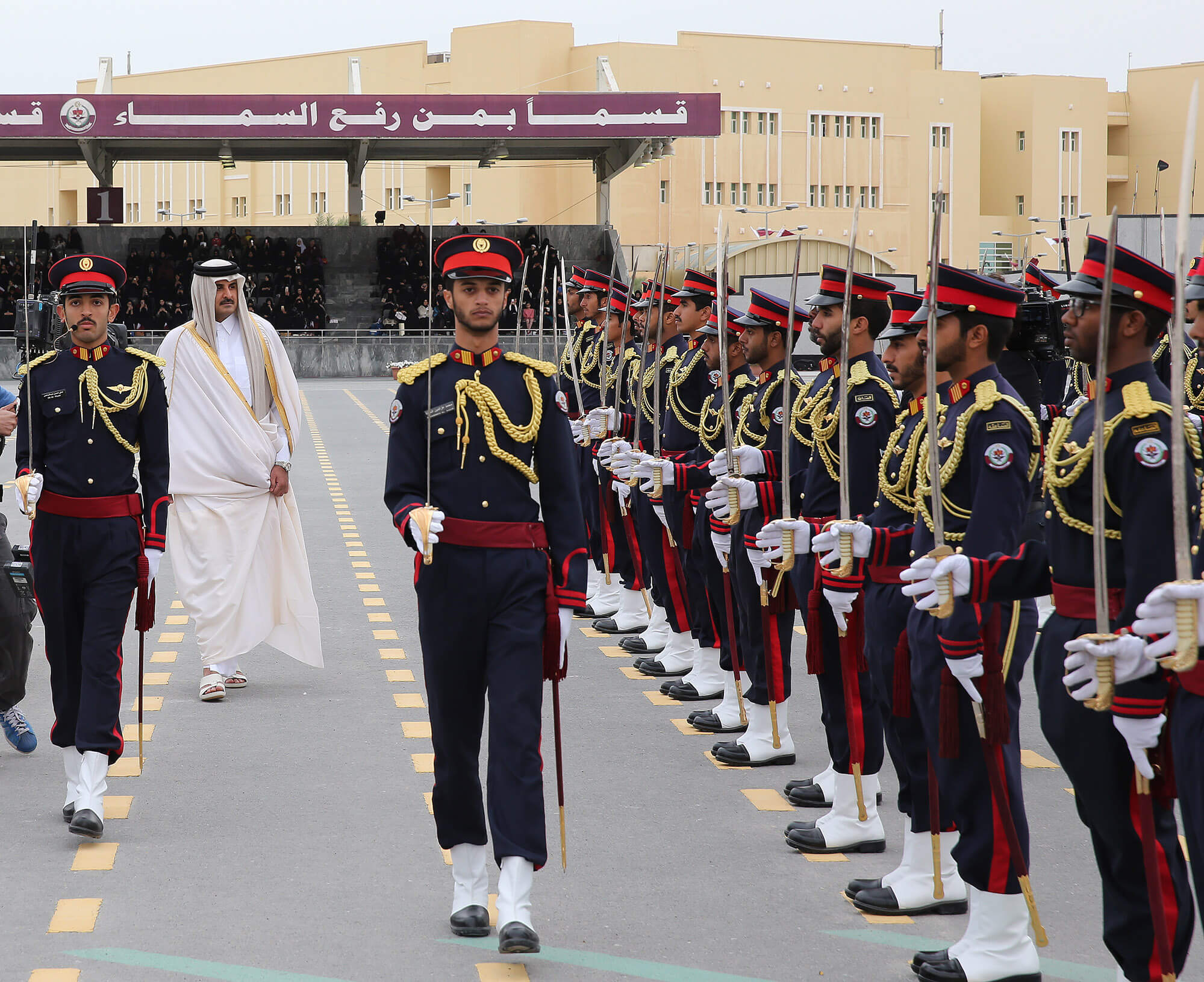 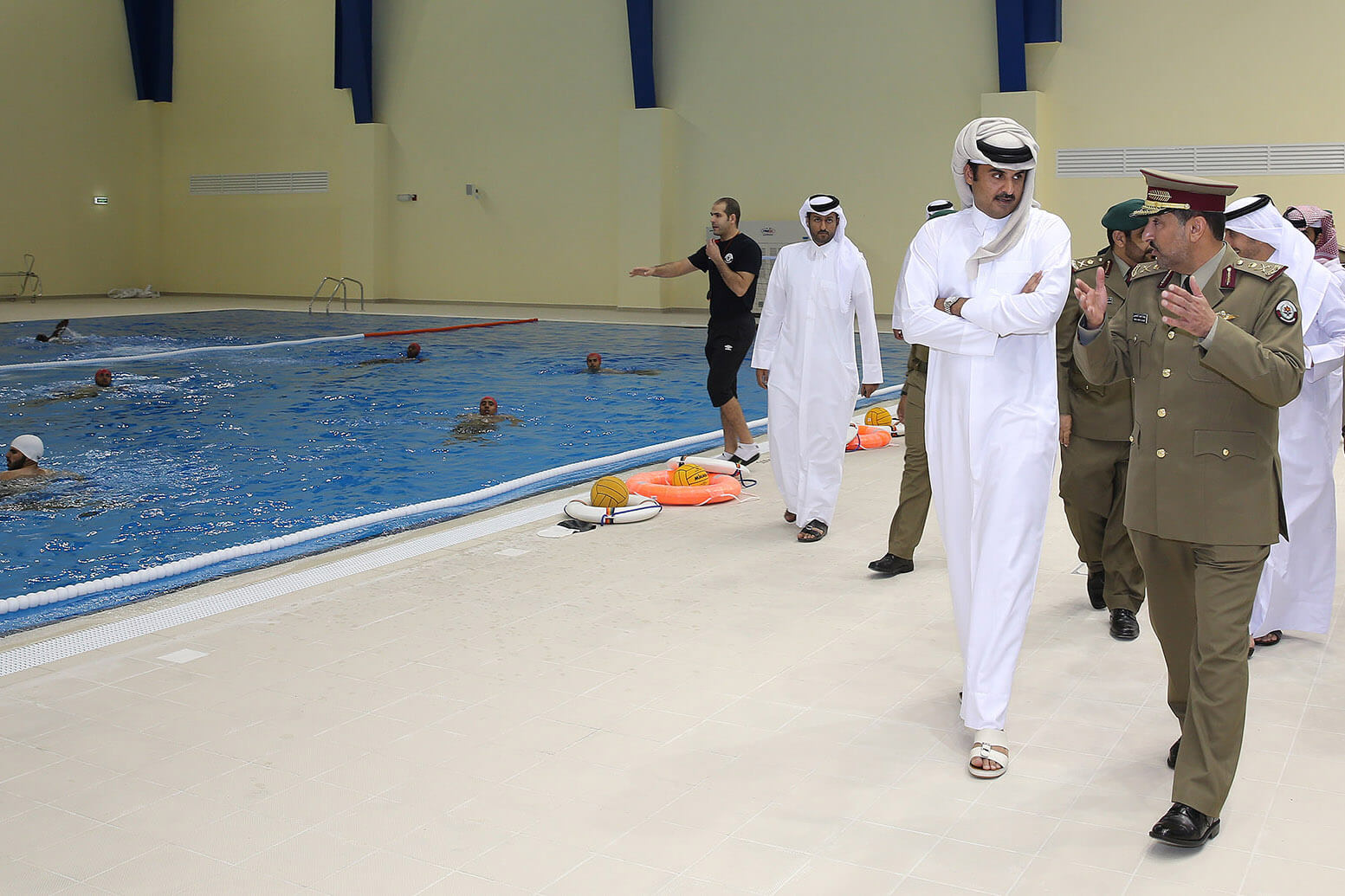 His Highness opens the Water Sports Complex of the College

Upon the arrival of HH The Amir to the podium the musical band played the national anthem.

The Commander of the Ahmed Bin Mohammed Military College Hamad Ahmed Al Nuaimi delivered an address in which he expressed gratitude to HH The Amir for honouring and gracing the graduation ceremony of the 11th batch of the collage.

Brigadier Hamad Ahmed Al Nuaimi congratulated HH The Amir on the occasion of the graduation of this batch of Qatari cadets.

After the graduation ceremony, HH The Amir opened the Water Sports Complex of the College.

The complex includes the latest equipment according to international standards for various water sports, treatment and rehabilitation therapy.

The ceremony was attended by HE The Prime Minister and Interior Minister Sheikh Abdullah bin Nasser bin Khalifa Al Thani, a number of Their Excellencies the ministers, ranking army officers along with a numbers of commanders of the military colleges of other sisterly and friendly countries.