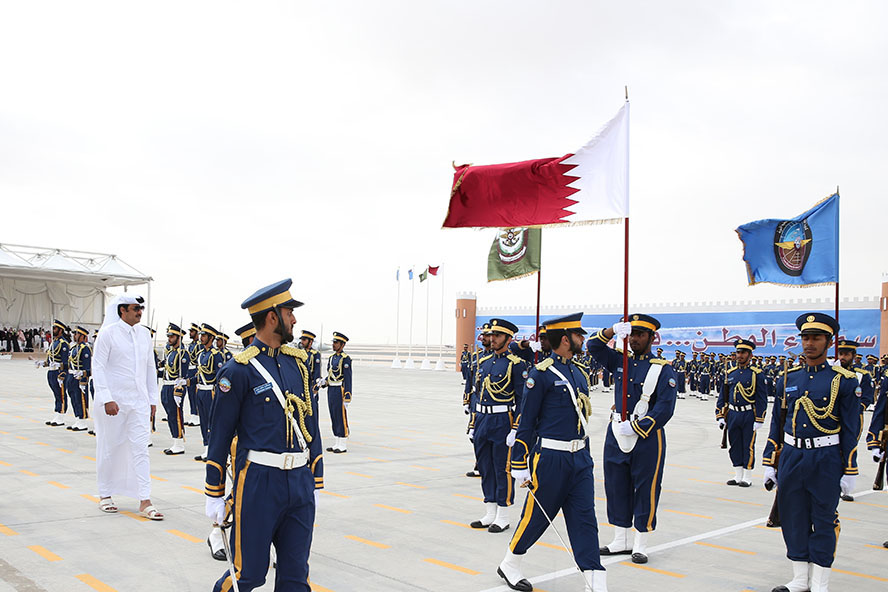 The ceremony was attended by HE the Prime Minister and Interior Minister Sheikh Abdullah bin Nasser bin Khalifa Al Thani and a number of Their Excellencies the ministers as well as ranking armed forces and interior ministry officers.

Upon the arrival of HH The Amir to the main podium, the national anthem was played and then the commander of the parade came forward to request HH The Amir to review the graduates' parade.

The ceremony was started with recitation of the Holy Quran before the graduates performed the military parade with slow march and normal march.