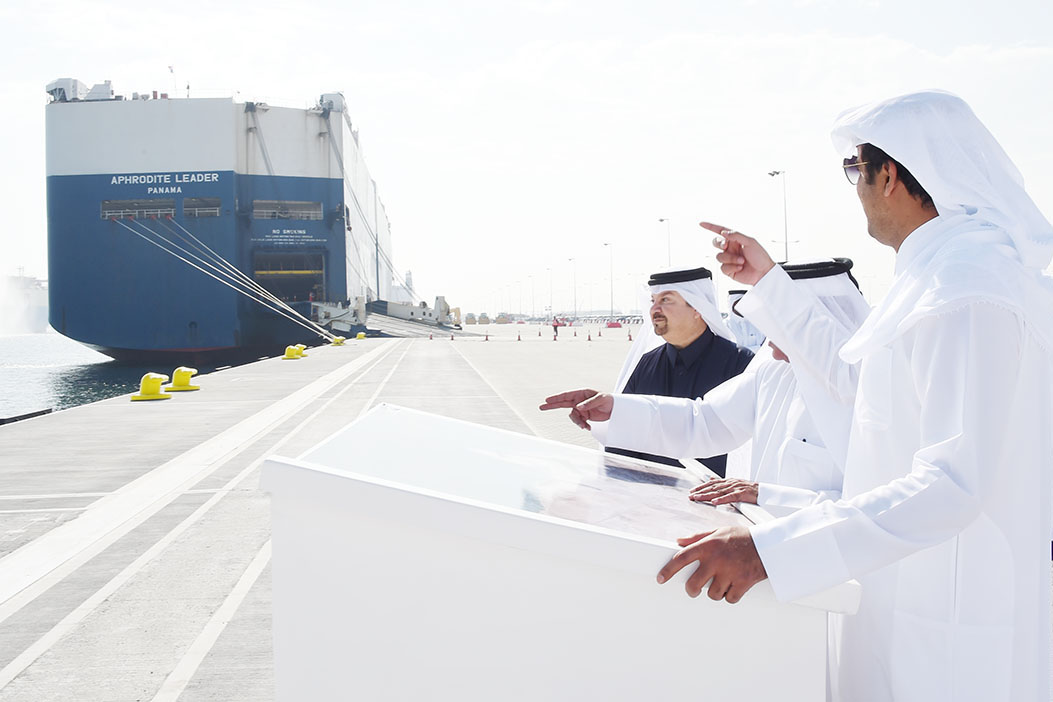 HH The Amir listened to a briefing on work progress at the project and what has been achieved so far, as well as future plans for developing the port and expanding its capacity.

HH The Amir witnessed the process of partially operating the port and the movement of commercial vessels, and watched a documentary about the project, its strategic location in addition to what it includes of public commodity stations, vehicles, vessels of the coast guard and maritime support, and the customs inspection and storage area.

The documentary also touched on the Port's facilities and equipment that make it a comprehensive logistic zone and regional cargo center, in addition to the modern security and safety measures at the site.