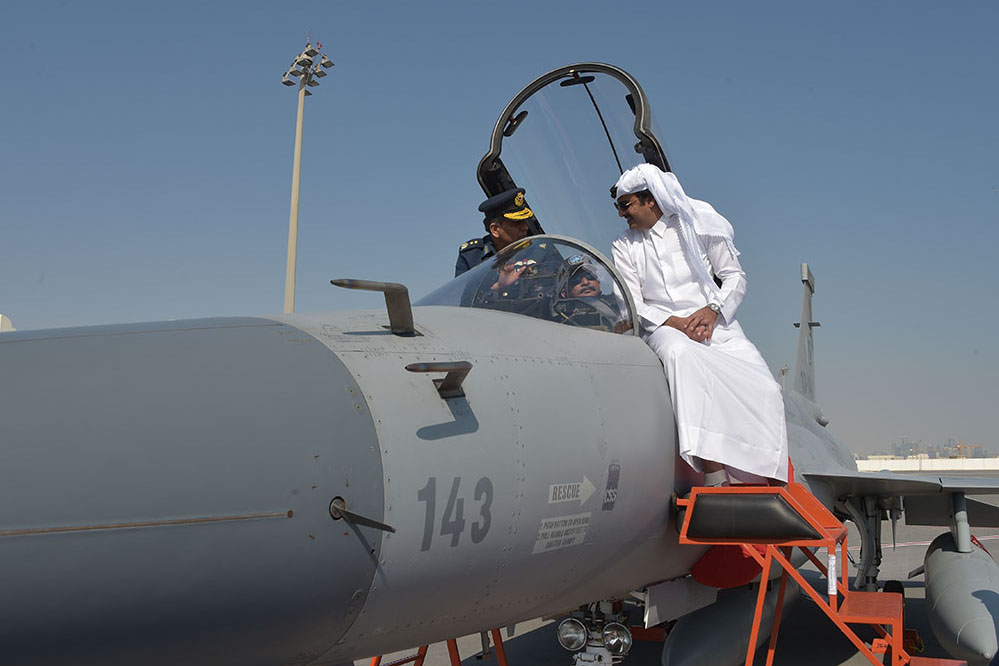 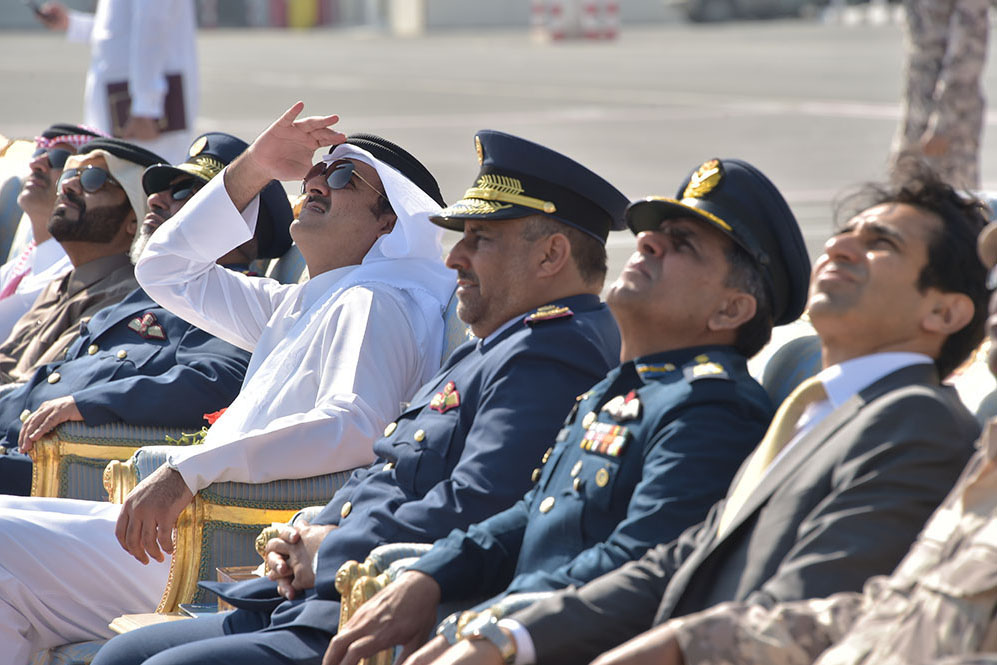 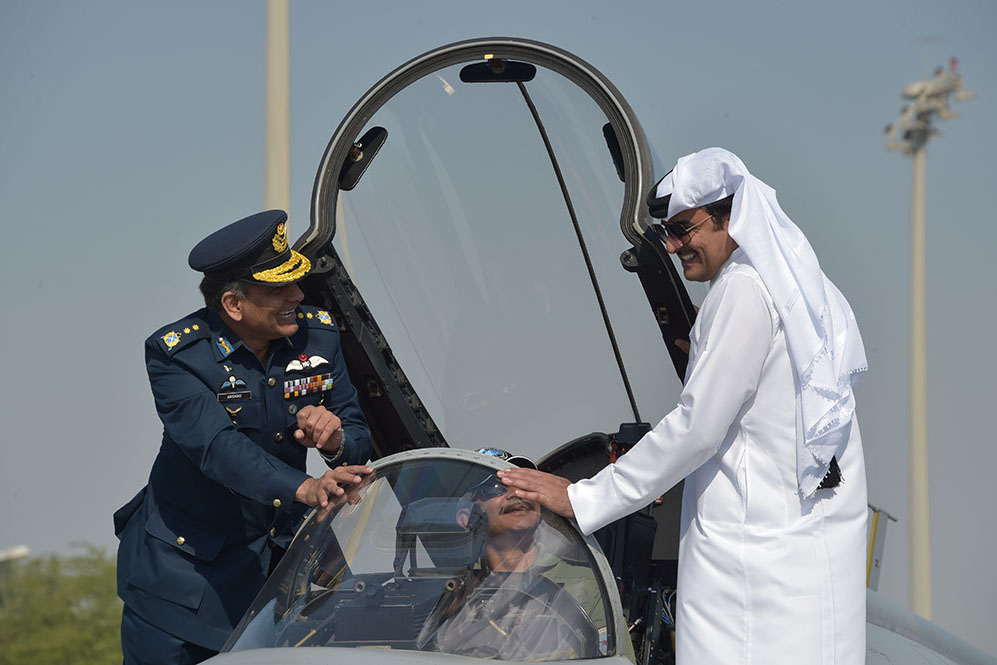 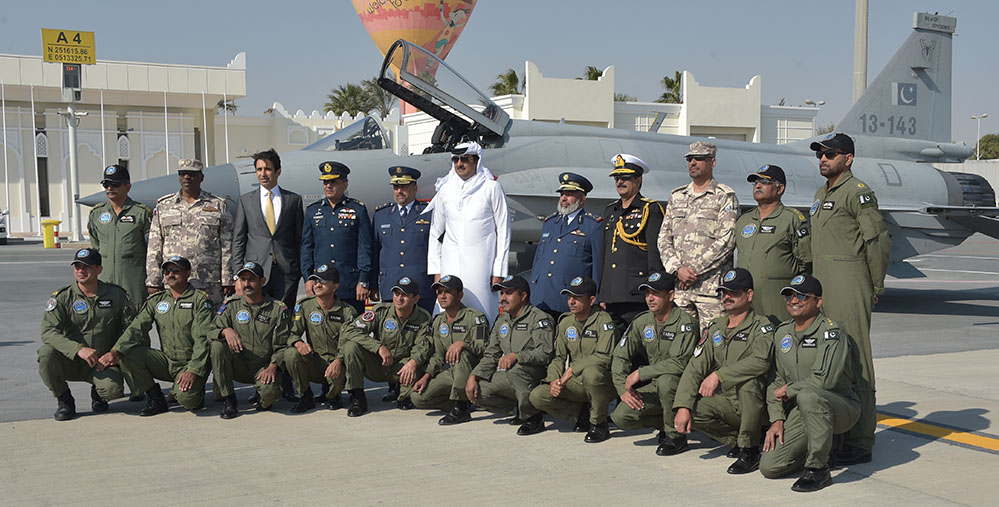 Before the parade, HH The Amir was briefed on JF-17 fighters and the Super Mushshak and listened to an explanation about their characteristics and advantages.

The military air parade coincides with the two-day official visit made by the Prime Minister of the Islamic Republic of Pakistan Nawaz Sharif to Qatar, during which the State of Qatar and Pakistan agreed to strengthen bilateral military cooperation.