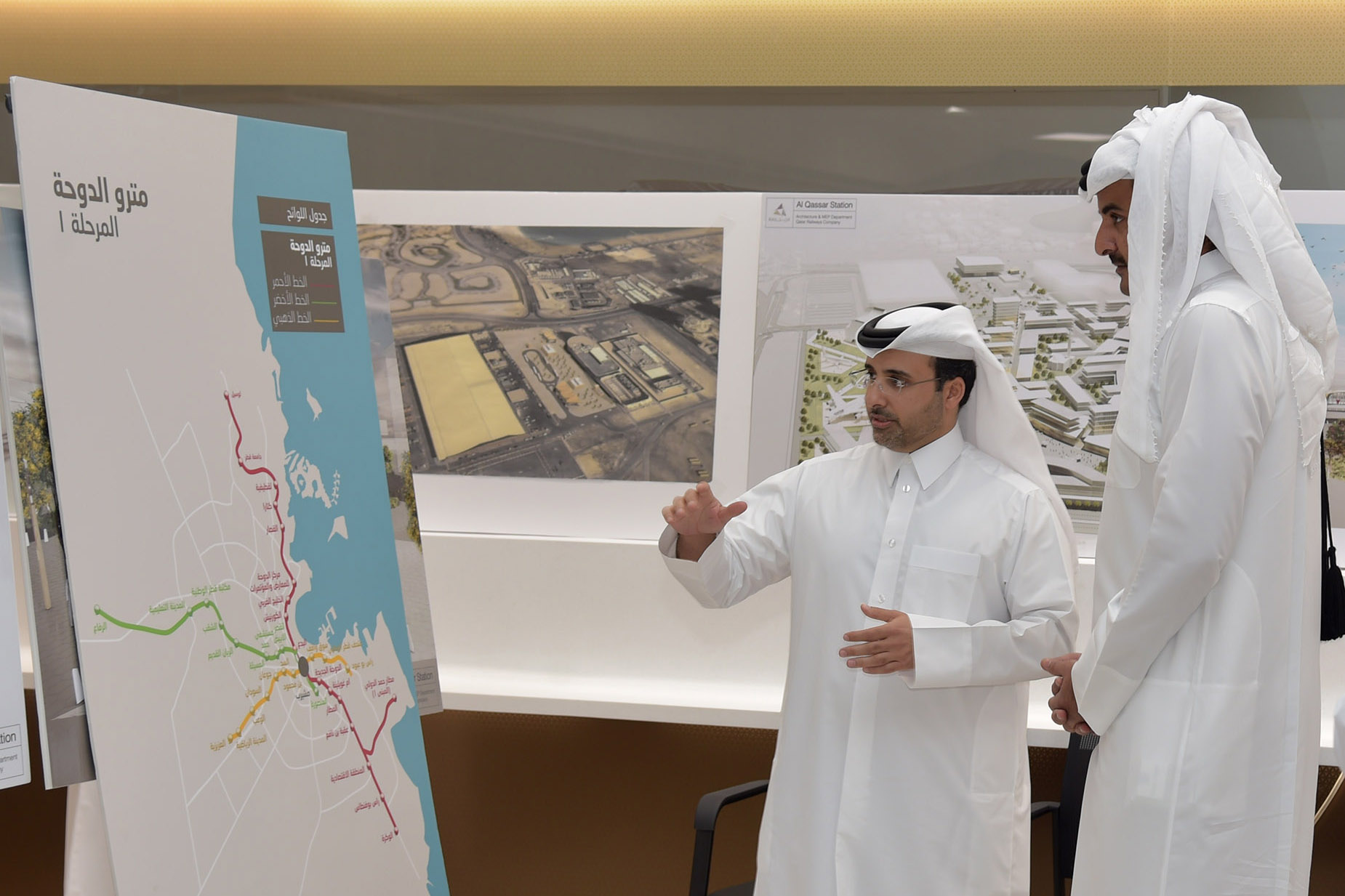 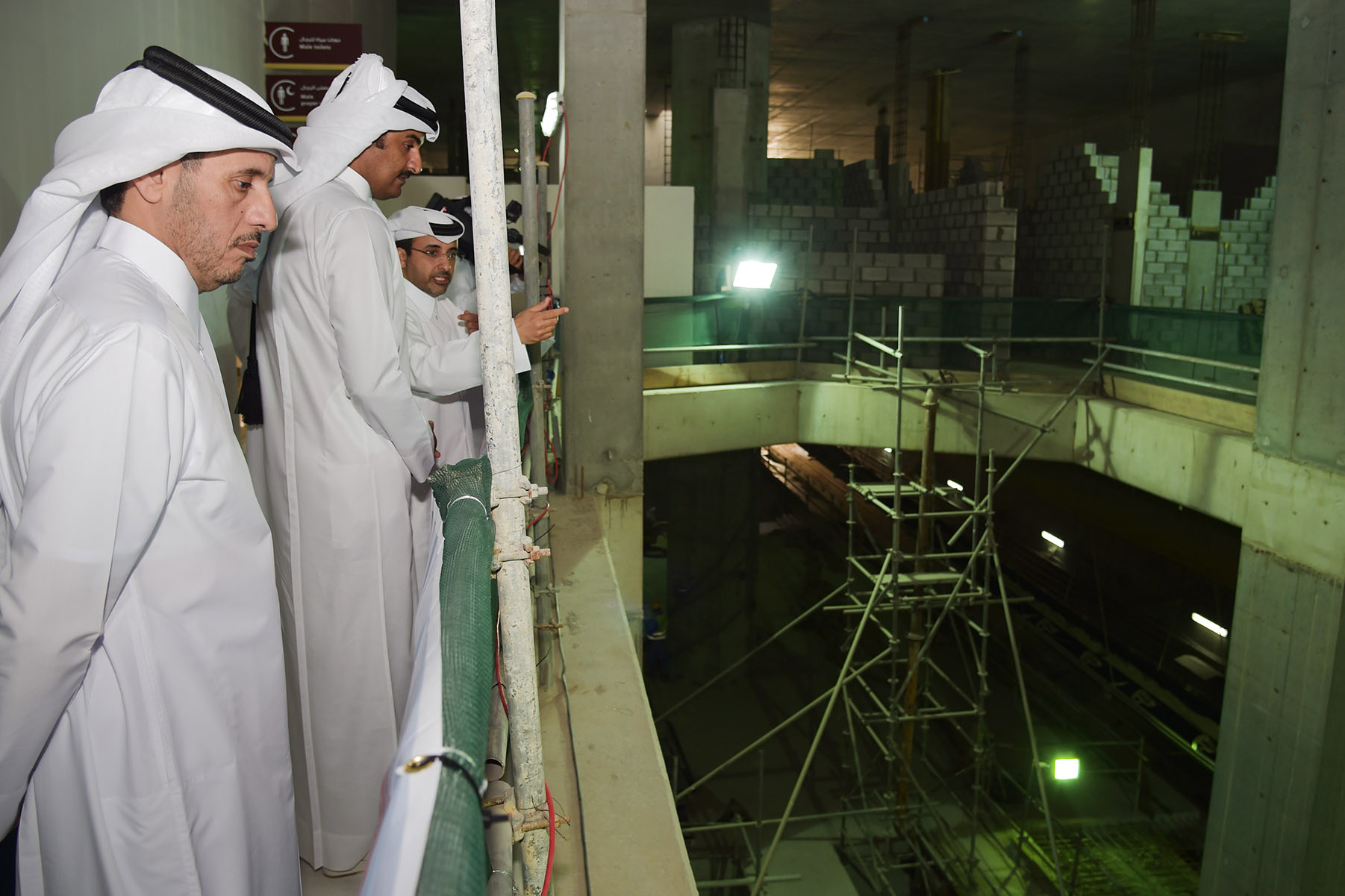 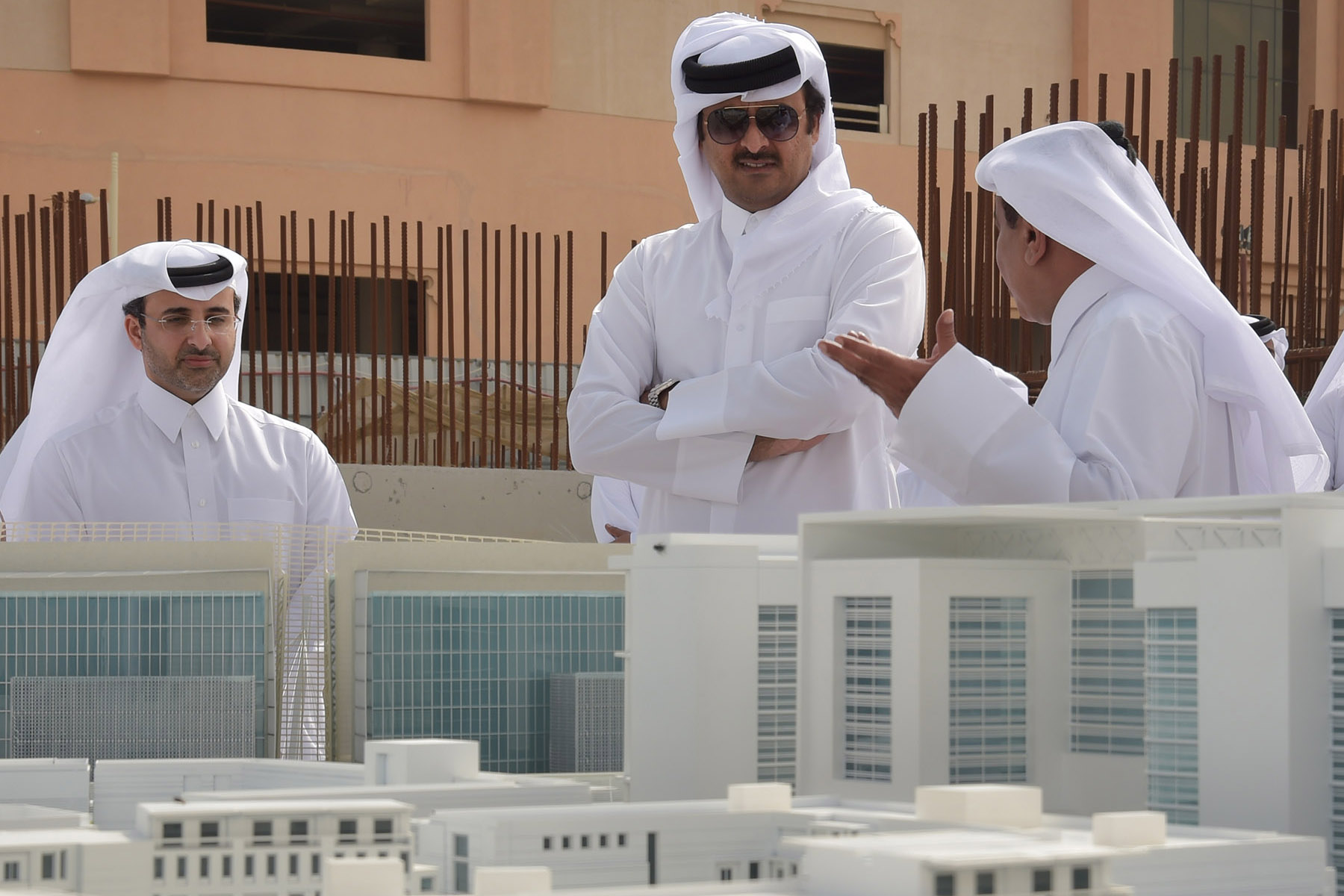 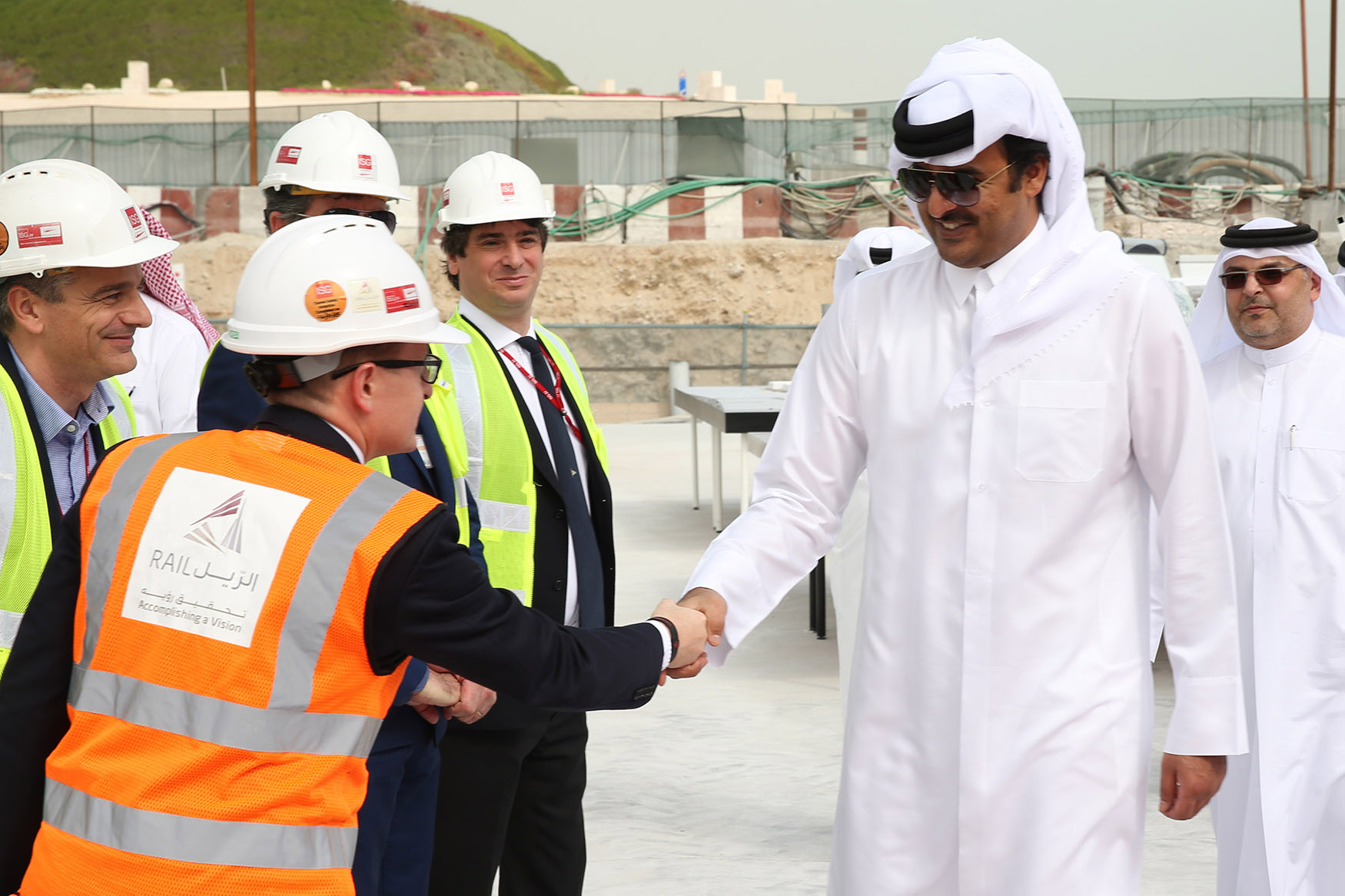 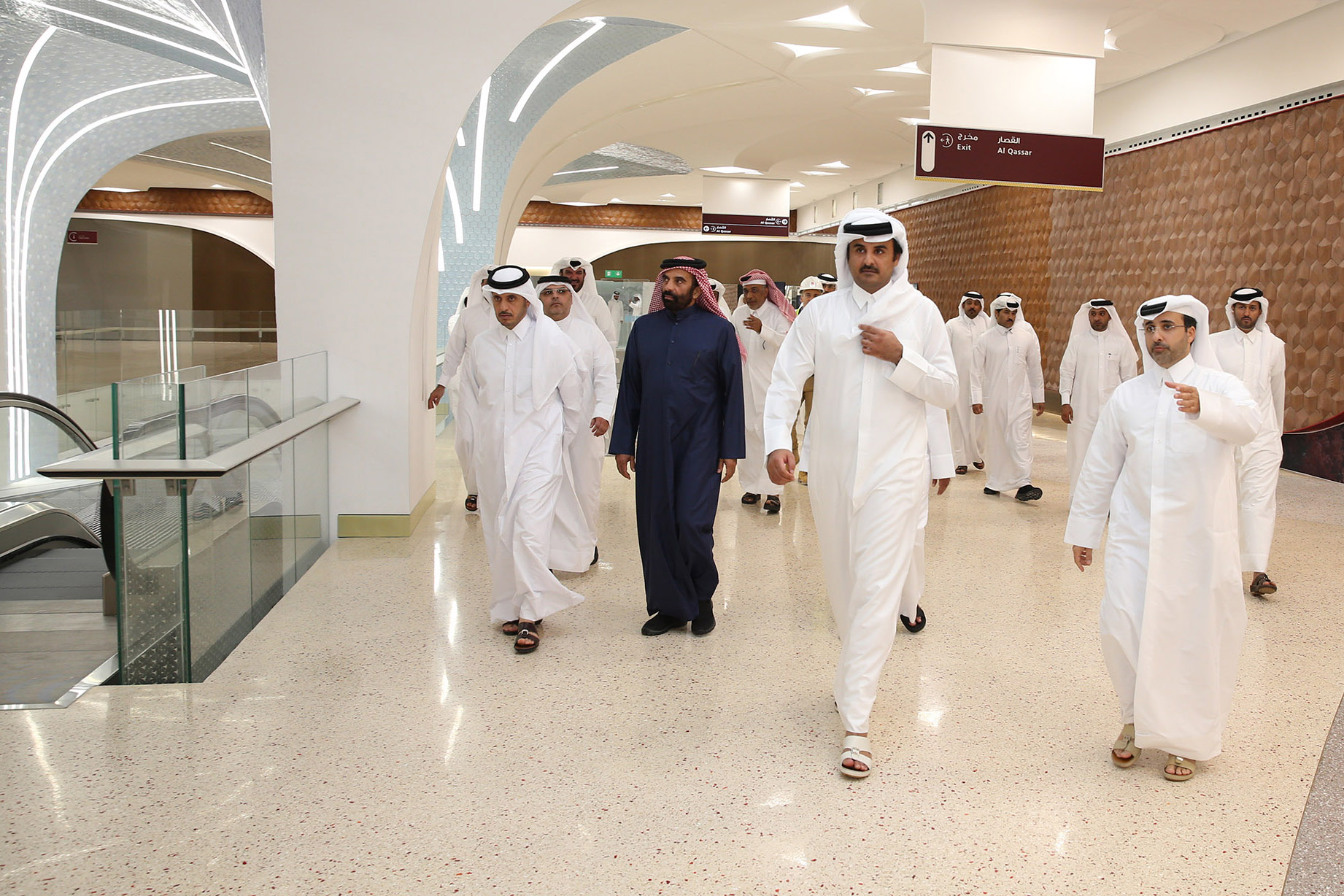 His Highness The Amir Sheikh Tamim bin Hamad Al Thani on Thursday morning paid an inspection visit to Al Qassar Metro Station project to check on the mechanism of work progress and the completed phases of the project.

HH The Amir listened to a briefing on the design of the station inspired from Islamic architecture and the local environment, and saw a model for its interior design that will be implemented in all stations. A documentary detailing the work plan, construction phases, and the drilling and construction mechanism was screened.

HH The Amir examined a replica of the exterior of Rail Doha Metro and another for Lusail Light Rail Transit (LLRT). Both designs are inspired by the horse and dhow.

Al Qassar Metro Station is located in West Bay and is one of the Red Line stations of Qatar Rail's Doha Metro project.

His Highness gave directions that all paintings used in the project shall be designed by Qatari artists.