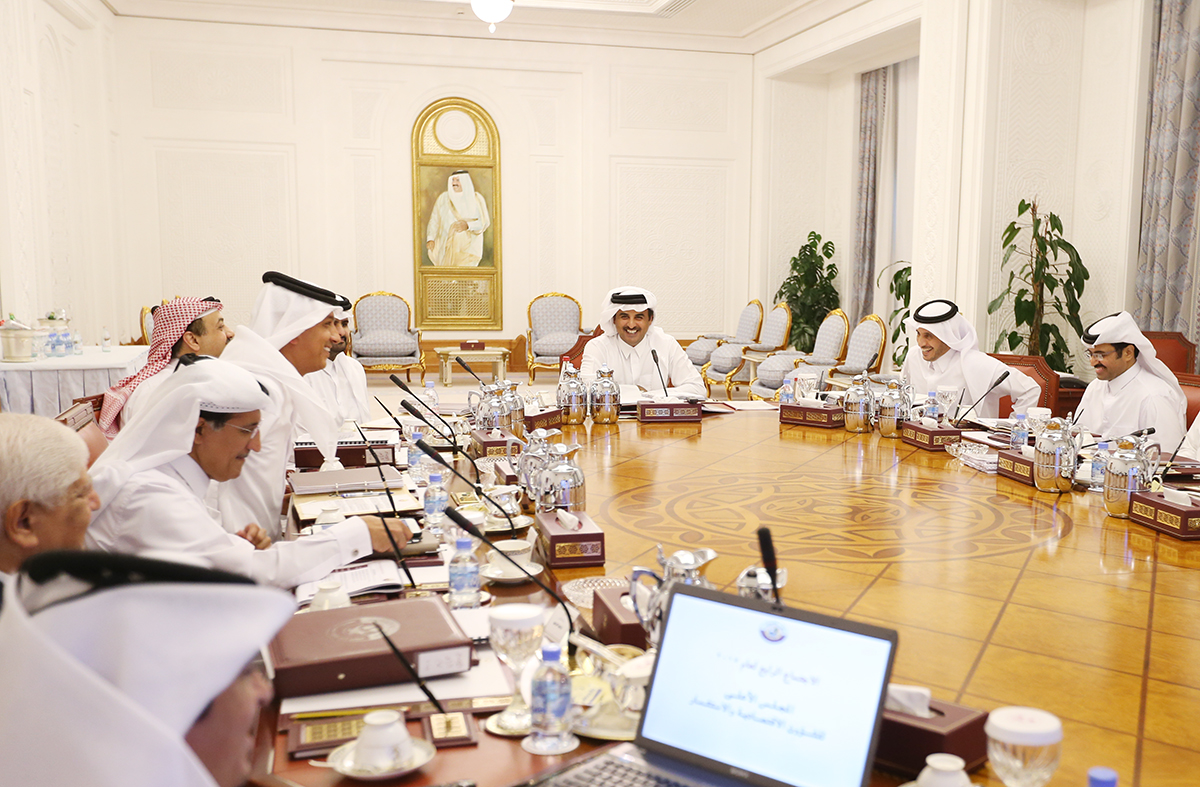 His Highness The Amir Sheikh Tamim bin Hamad Al Thani, Chairman of the Supreme Council for Economic Affairs and Investment, on Wednesday morning chaired the council's fourth meeting in 2015 at the Amiri Diwan.

The council  discussed and reviewed the following:

- Developments of energy affairs regarding oil and gas projects.

- A proposal by Qatar Central Bank (QCB) to grant licenses to open branches for GCC banks in Qatar. The council approved the proposal, with licenses set to be granted according to QCB requirements in this regard.

- A project to build 2,000 residential villas in the southern region of Doha on an area of 2,500,000 square meters at a total cost of nearly QR 10 billion over four years. Qatar Development Bank will manage the project and offer tenders to the private sector for construction work, infrastructure and service facilities. Villas will be designed according to different models and at appropriate prices, and will be allocated to Qataris who are under the umbrella of the housing system. HH The Amir gave directives to take all the necessary measures to start the project.