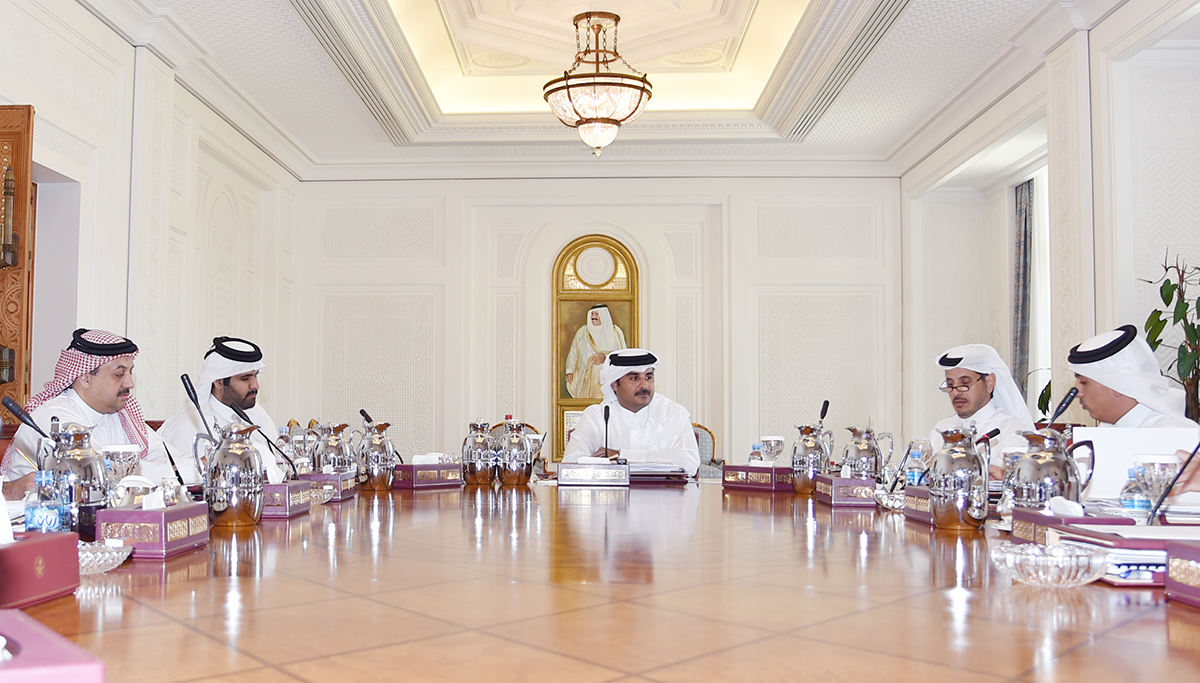 His Highness The Amir Sheikh Tamim bin Hamad Al Thani, Chairman of the Supreme Council for Economic Affairs and Investment, chaired the Councils Second Meeting for 2015 held at the Amiri Diwan on Wednesday.

The Minister of Finance, HE Ali Sherif Al Emadi, who is also Secretary-General of the council, said in a statement that the Council discussed topics tabled on its agenda, especially an item on the follow-up of the Councils previous resolutions and procedures and was briefed on the latest developments in energy and investment affairs.

The agenda included the following:

First: A presentation on the Qatar National Vision 2030 and the most relevant important challenges.

Second: A presentation on Qatar Investment Authority (QIA)'s investment strategy. HH The Amir gave directives to work on the implementation of the strategy according to its plan.

Third: A report on the investment companies owned by some government and semi-government agencies funded or co-funded by the State, in terms of the nature of their work and activities. HH The Amir gave directives to study the situation of these companies, stressing the need to take into account that they shall not enter into activities competitive with the private sector.