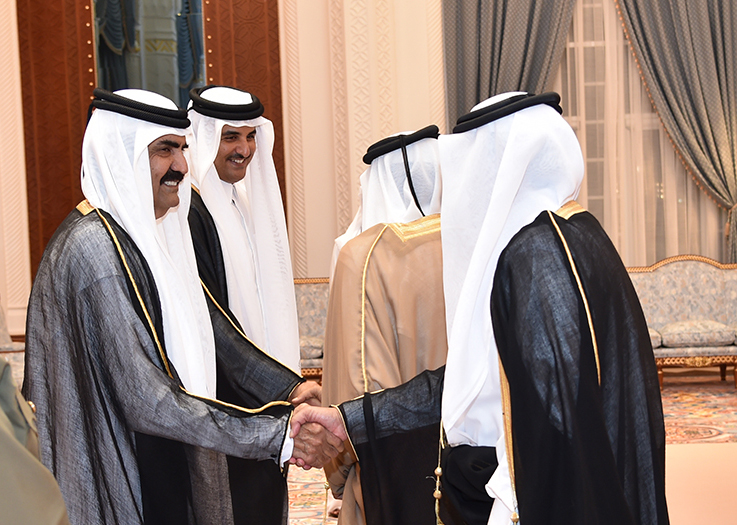 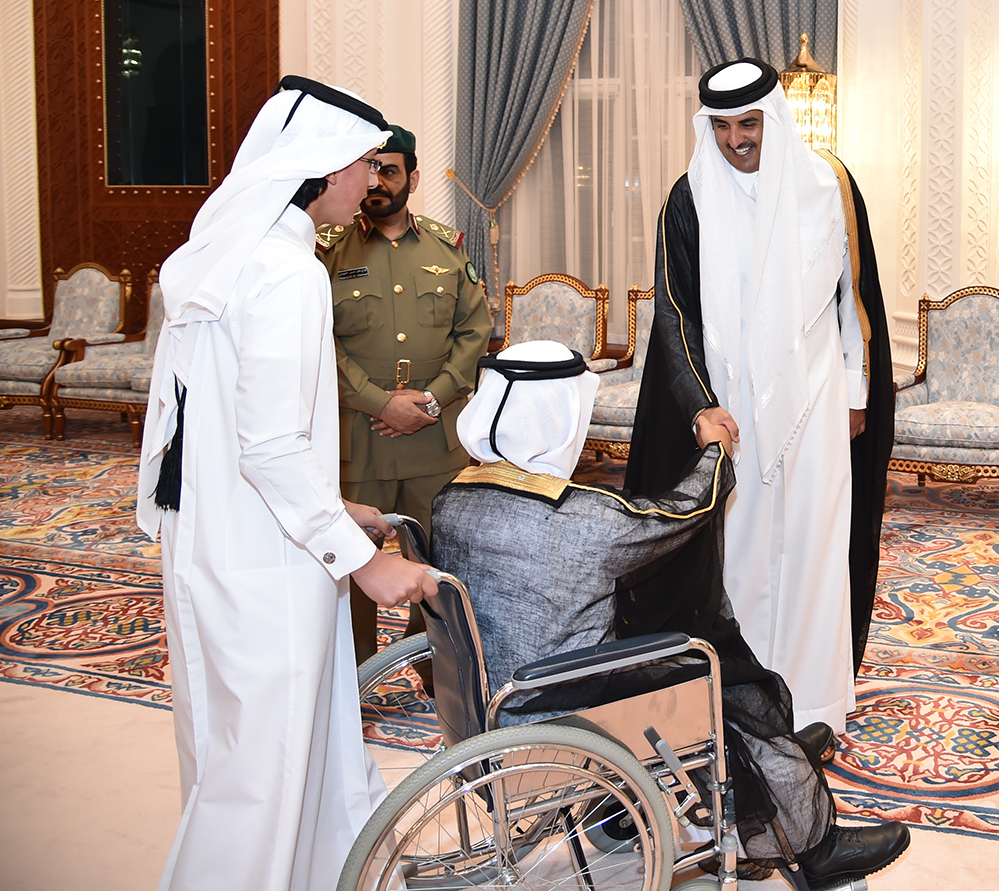 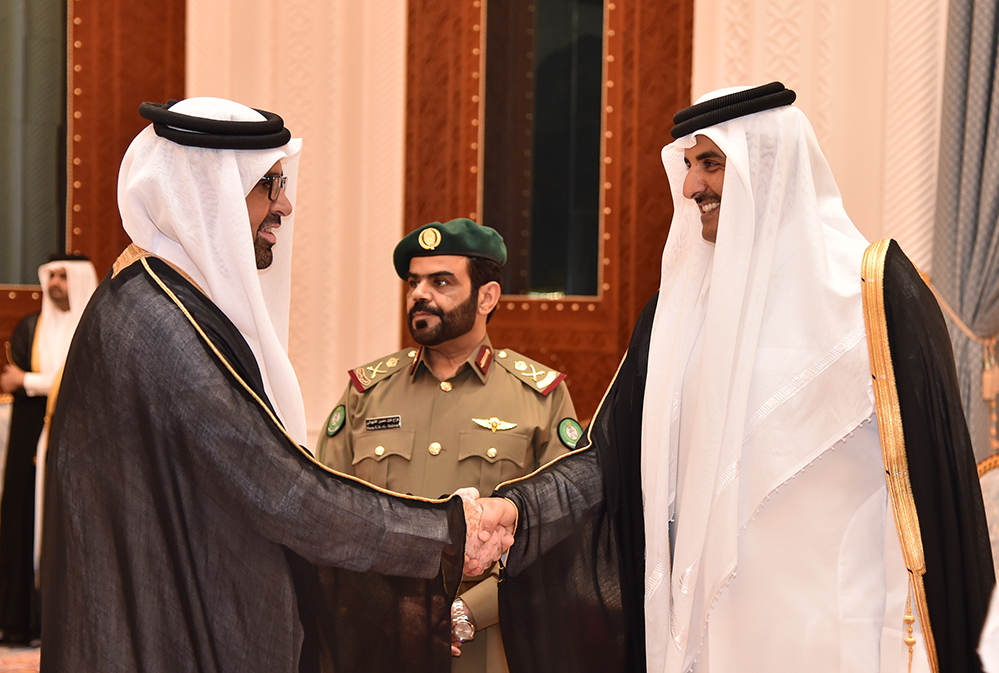 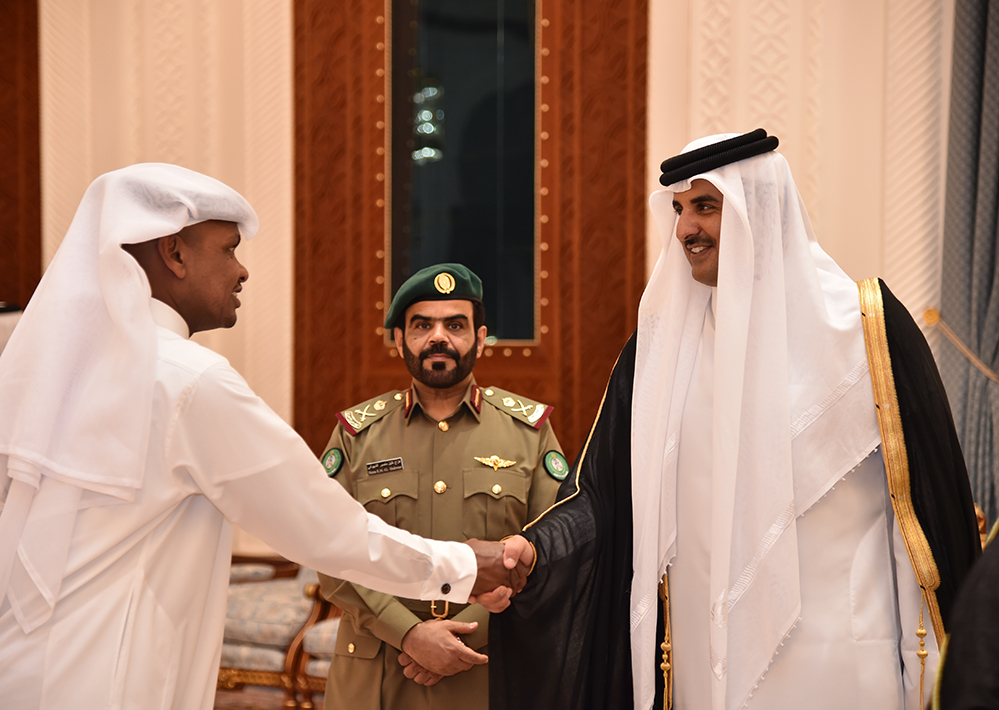 His Highness The Amir Sheikh Tamim bin Hamad Al Thani, and His Highness The Father Amir Sheikh Hamad bin Khalifa Al Thani received  this evening at Al Wajba Palace well-wishers including Their Excellencies sheikhs, ministers, the Speaker of the Advisory Council, Deputy Speaker of the Shura Council, ministries' undersecretaries, members of the Advisory Council and citizens, on the occasion of the advent of the holy month of Ramadan.