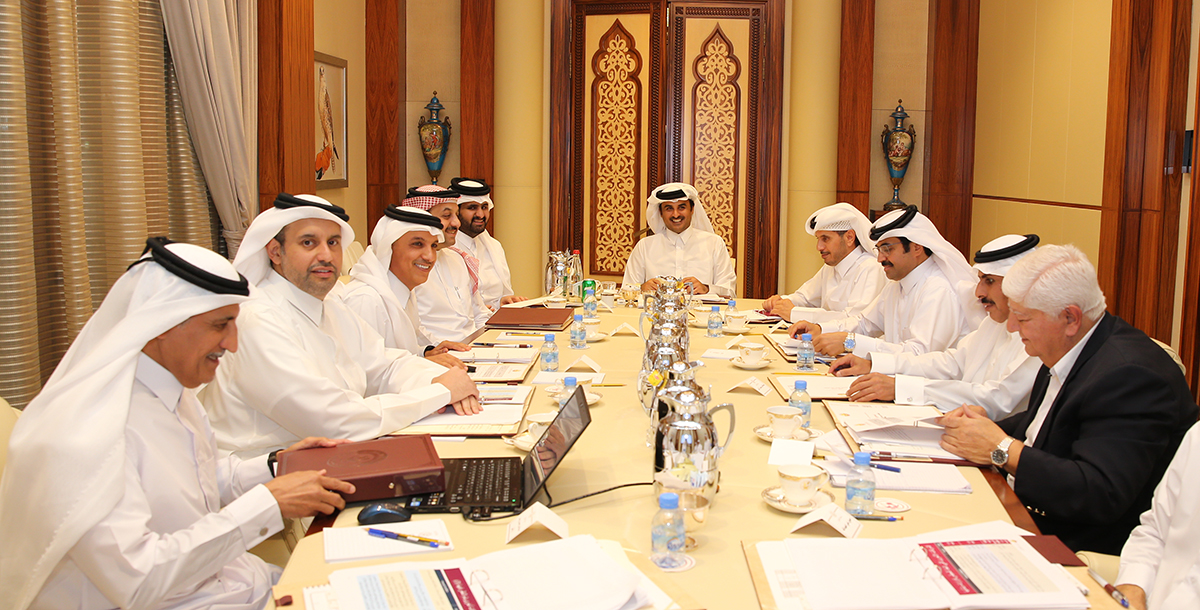 His Highness The Amir Sheikh Tamim bin Hamad Al Thani, chairman of the Supreme Council for Economic Affairs and Investment, on Wednesday evening presided over the council’s third meeting for 2015 at Al Bahr Palace.

The council examined outcomes of a study on investment companies that contribute to the financing of some government and semi-government bodies, which included a detailed statement on the status of these companies.

HH The Amir gave directives to convert some of these companies into the private sector within specific timetable.