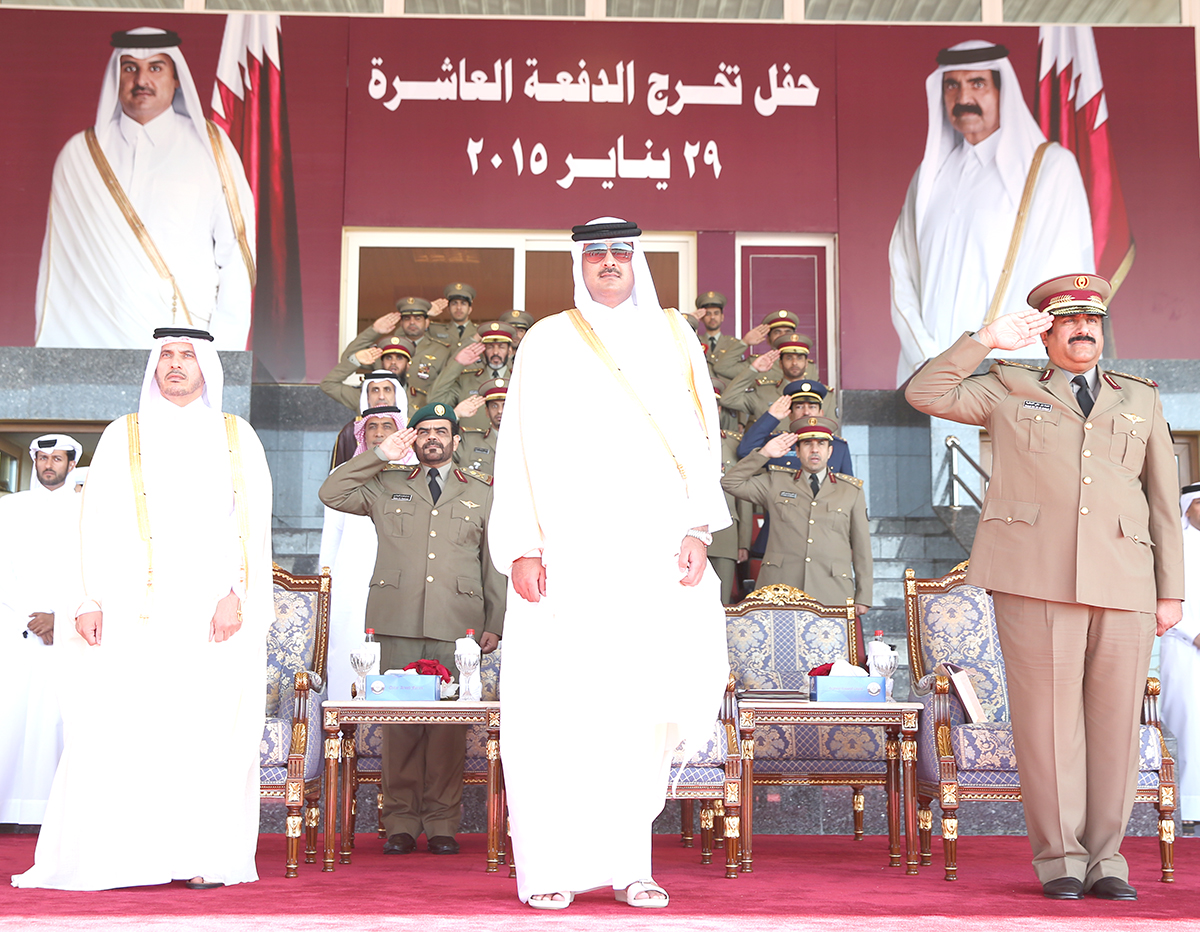 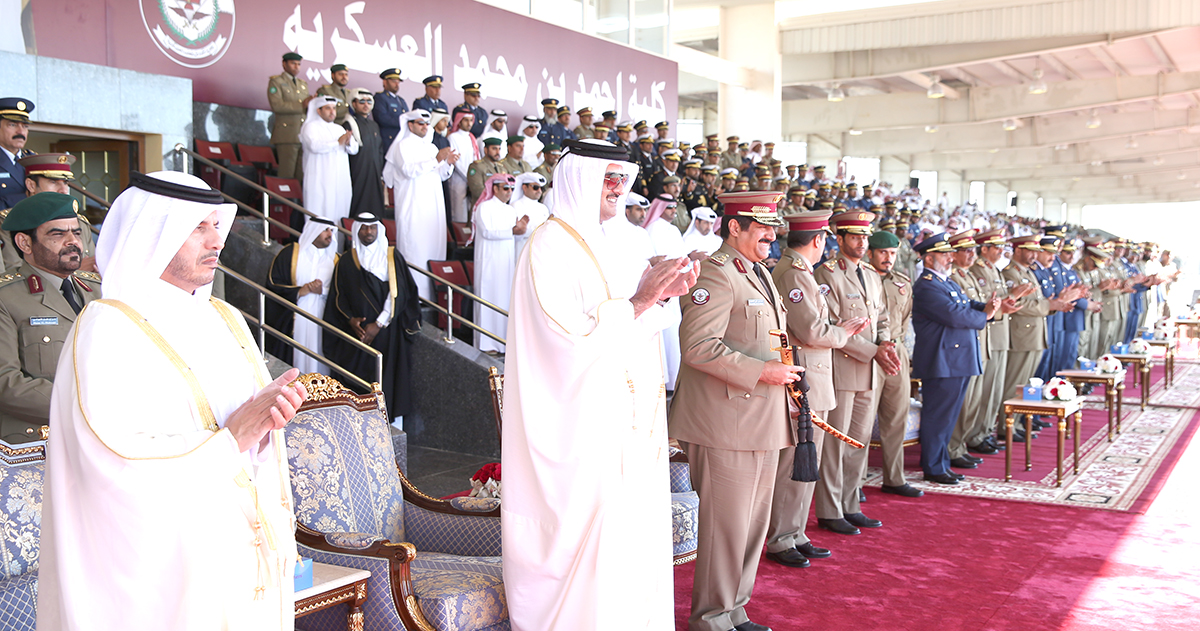 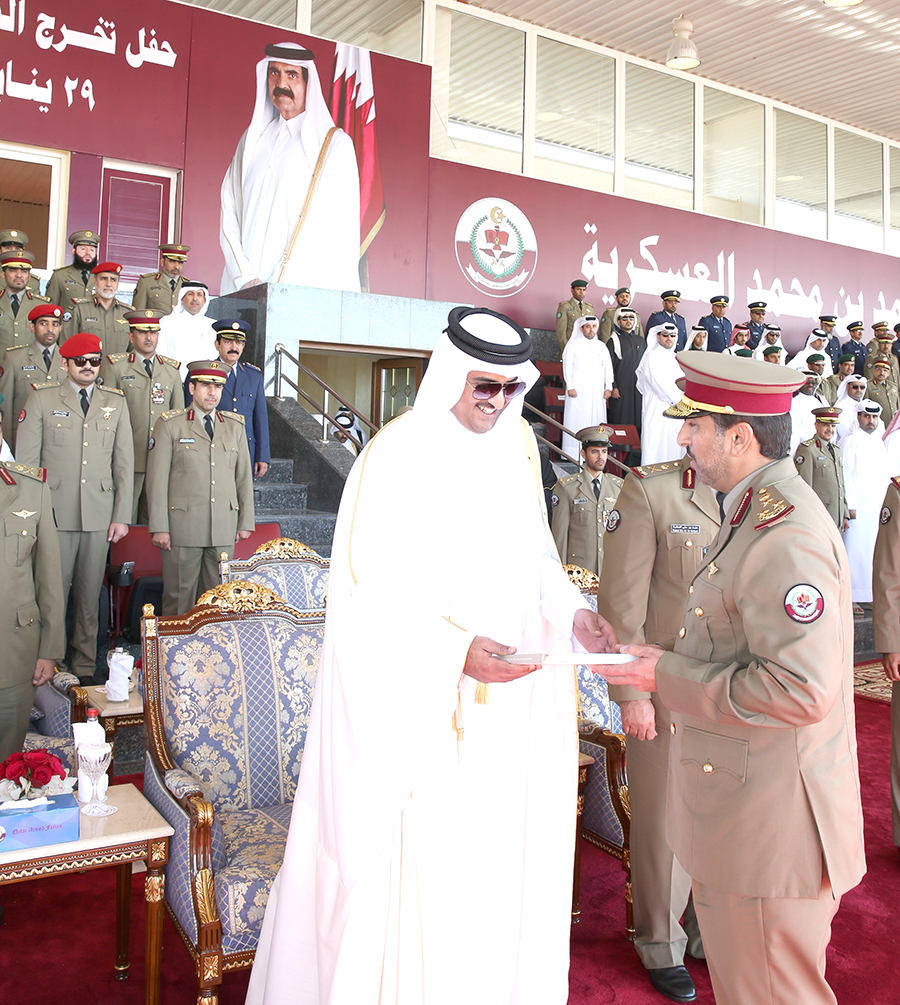 His Highness The Amir Sheikh Tamim bin Hamad Al Thani patronized the graduation ceremony of the 10th batch of officer cadets that was held at the Ahmed bin Mohammed Military College on Thursday morning.

The ceremony was attended by HE The Prime Minister and Minister of Interior Sheikh Abdullah bin Nasser bin Khalifa Al Thani, a number of Their Excellencies ministers as well as ranking armed forces and interior ministry officers, in addition to a number of heads of military colleges of other sisterly and friendly countries.

HH The Amir then honored the outstanding graduates of the batch after the commander of the parade came forward to request HH The Amir to review the graduates' parade as they perform the military parade with slow march and normal march. Afterwards the flag was received and handed over to the eleventh batch. The order for promotion was then read out and the graduates took the oath.