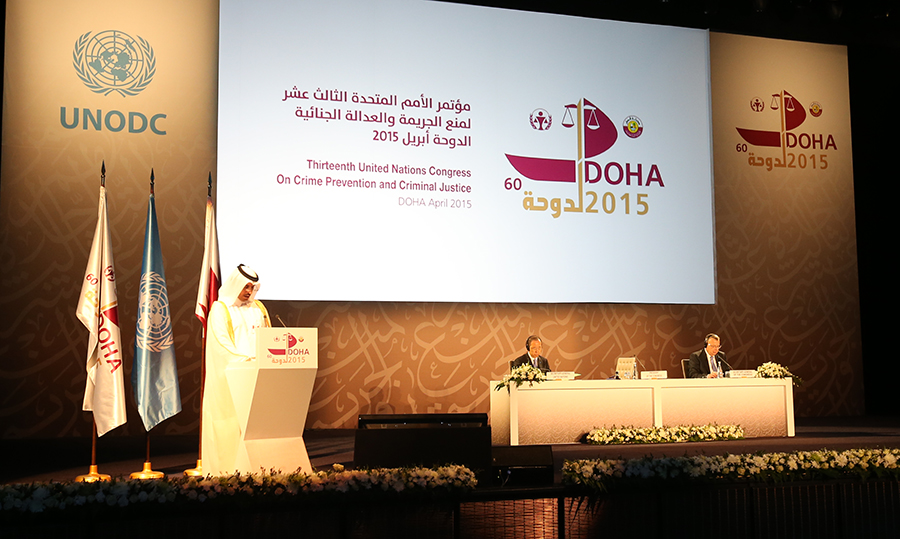 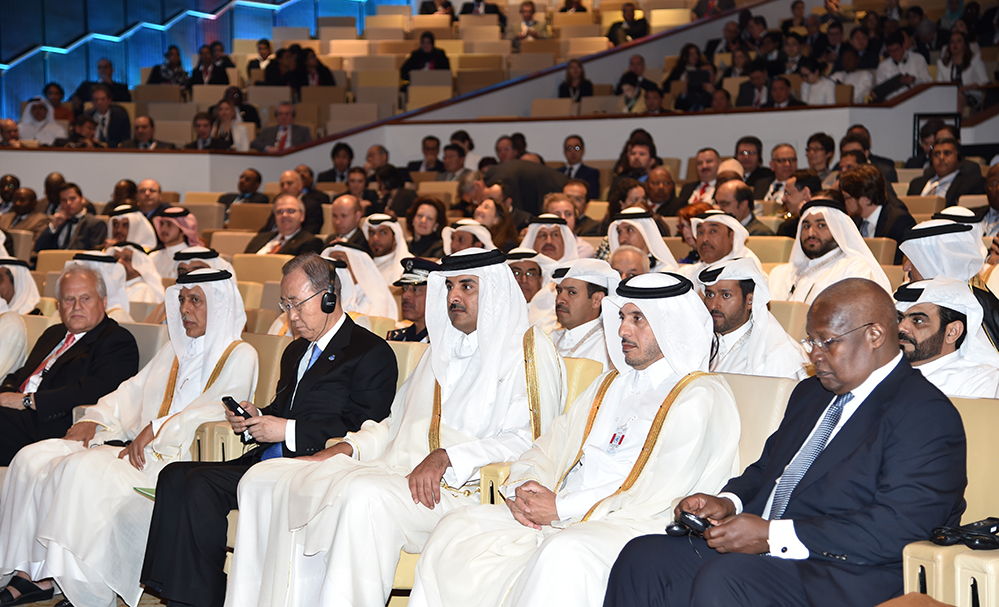 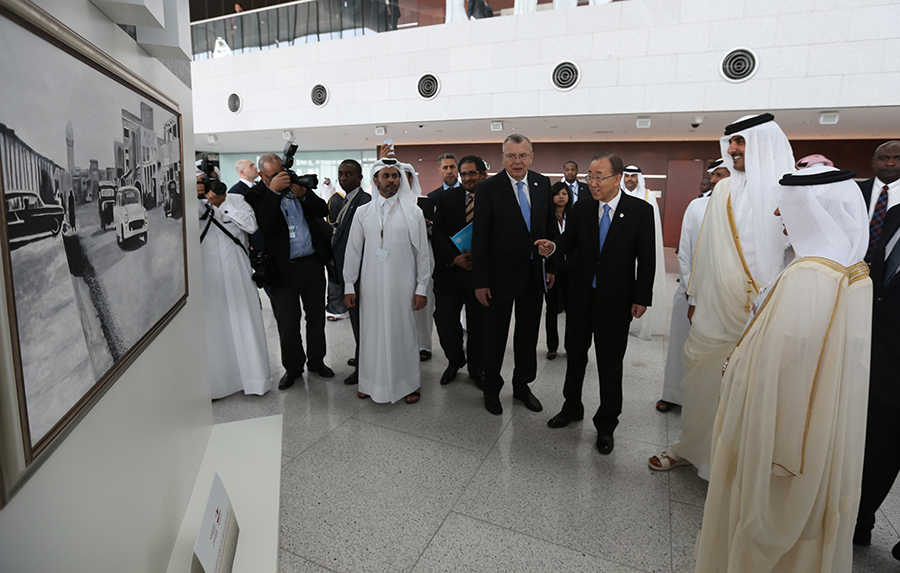 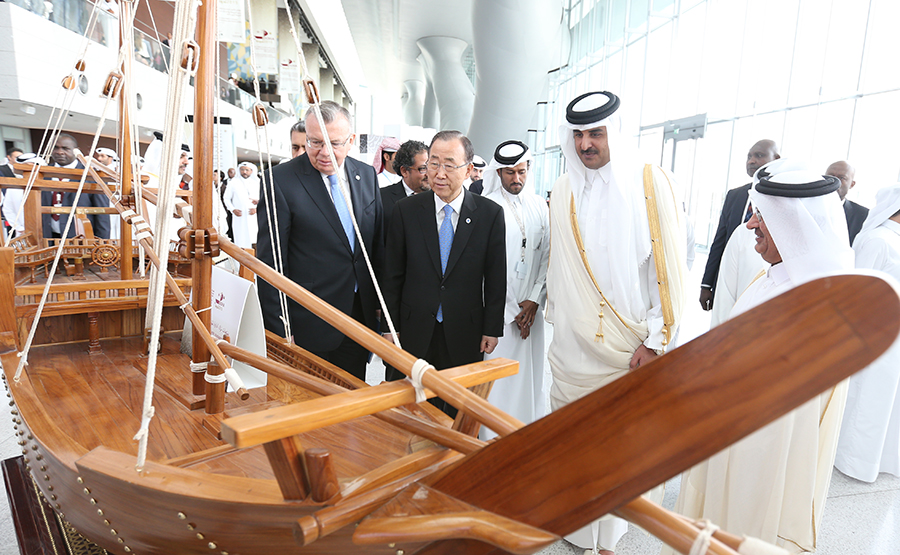 The session was attended by HE Prime Minister and Minister of Interior Sheikh Abdullah bin Nasser bin Khalifa Al Thani who is also President of the congress, HE Secretary-General of the United Nations Ban Ki-moon, HE President of the United Nations General Assembly's sixty-ninth session Sam Kutesa and HE Secretary General of the Cooperation Council for the Arab States of the Gulf Abdul Latif bin Rashid Al Zayani.

It was also attended by a number of Their Excellencies the Ministers and heads of delegations participating in the Congress, guests, members of the diplomatic corps accredited to the state of Qatar and media representatives.