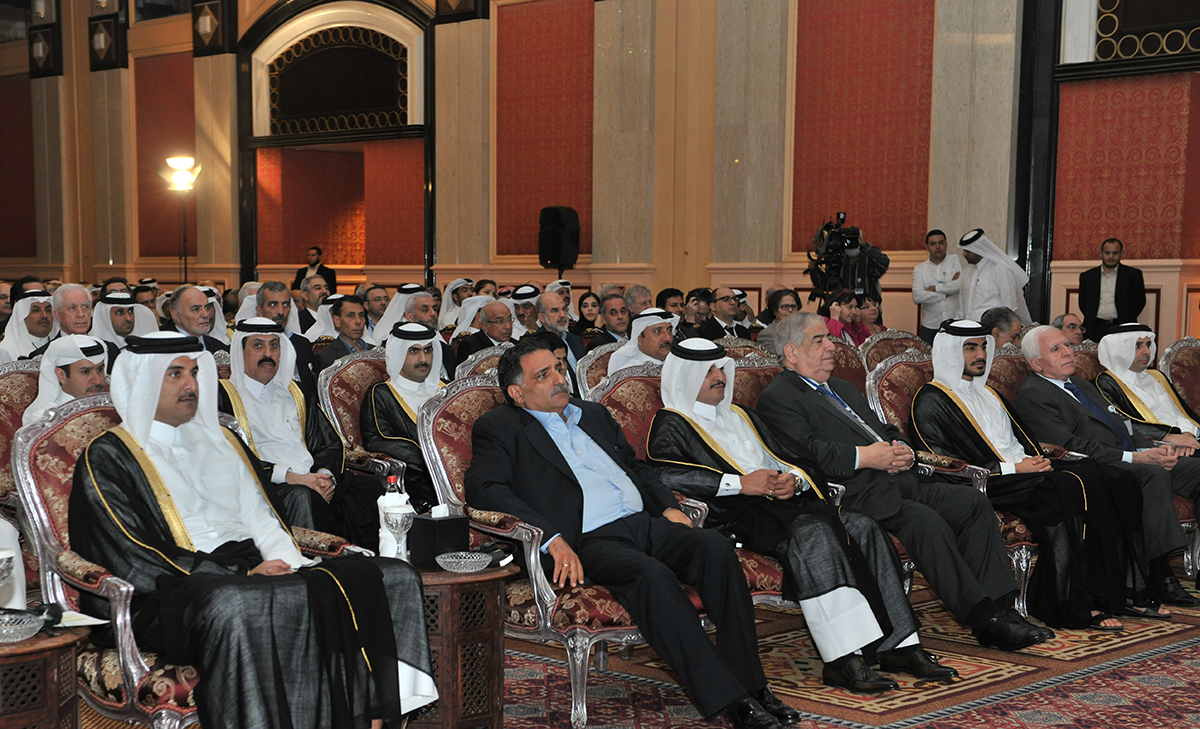 His Highness The Amir Sheikh Tamim bin Hamad Al Thani attended on Saturday evening at Ritz Carlton Hotel the opening of the Second Annual Conference of Strategic and Policy Studies Research Centers in the Arab world: "The Cause of Palestine and the Future of the Palestinian National Movement".

The opening of the conference, organised by the Arab Center for Research and Policy Studies, was also attended by HE the Speaker of the Advisory Council, Mohammed bin Mubarak Al Khulaifi, and a number of Their Excellencies Sheikhs, Ministers and senior officials, among others.