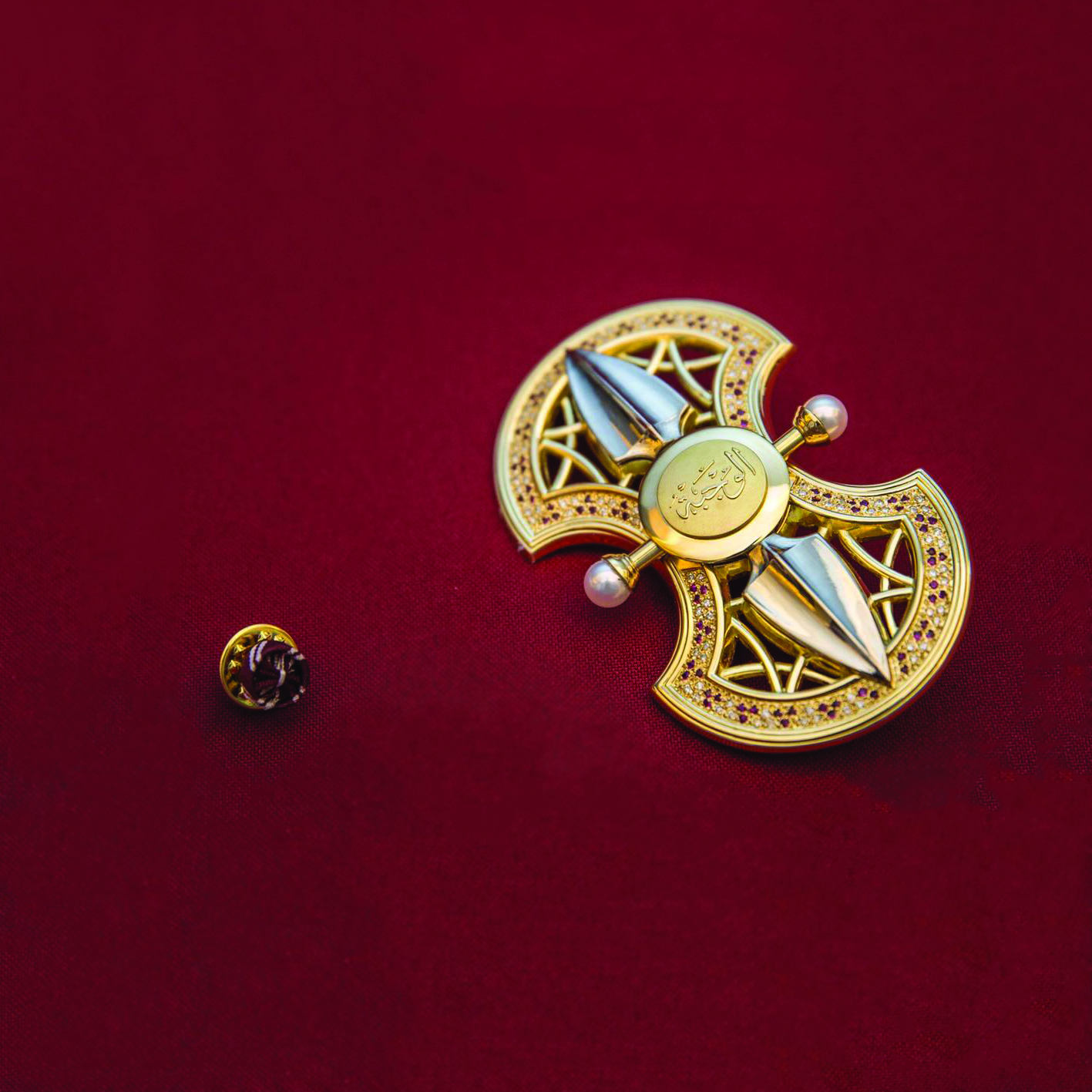 Al Wajbah Decoration is bestowed on foreign ambassadors accredited to the State (on the basis of reciprocity), deputy ministers, undersecretaries and ambassadors. It may be granted to others in recognition of their valuable services to the State or to humanity.

It is modeled, in design and shape, on Qatari spearhead  upright against a background of geometrical architecture. There are two pearl beads on both sides. In the middle circle it bears the inscription: "Al Wajaba" with Arabic Thuluth calligraphy.

It is made of 18ct yellow and white gold and studded with 184 stones of diamonds and sapphires representing the colors of the Flag of Qatar. 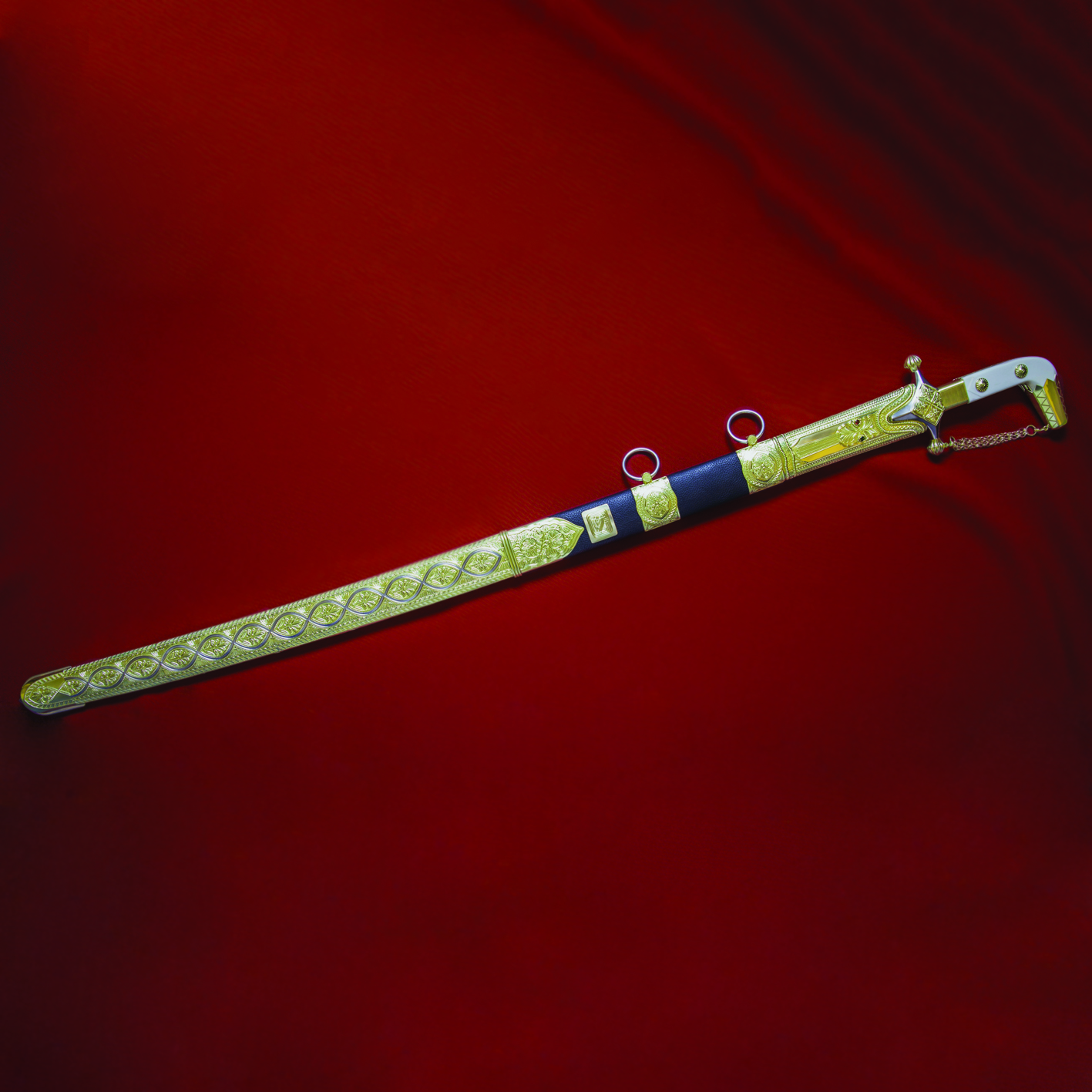 Highest decoration. It is carried and bestowed by the Amir of the State on kings, princes and heads of state (both incumbent and former). It may be bestowed on others in recognition of their extraordinary or exceptional services rendered to the State or to humanity.

The sword has been copied as closely as possible to the original descriptions of component parts of the Sword of the Founder of the State of Qatar, Sheikh Jassim bin Mohammed bin Thani (1827- 1913).

The sword scabbard and decoration is made of 18ct yellow gold. There is a hallmark near the base of the sword. The handle of the sword  has grips of camel bone. The first section of the scabbard has been hand chased and is set with Tourmaline and Garnet stones. 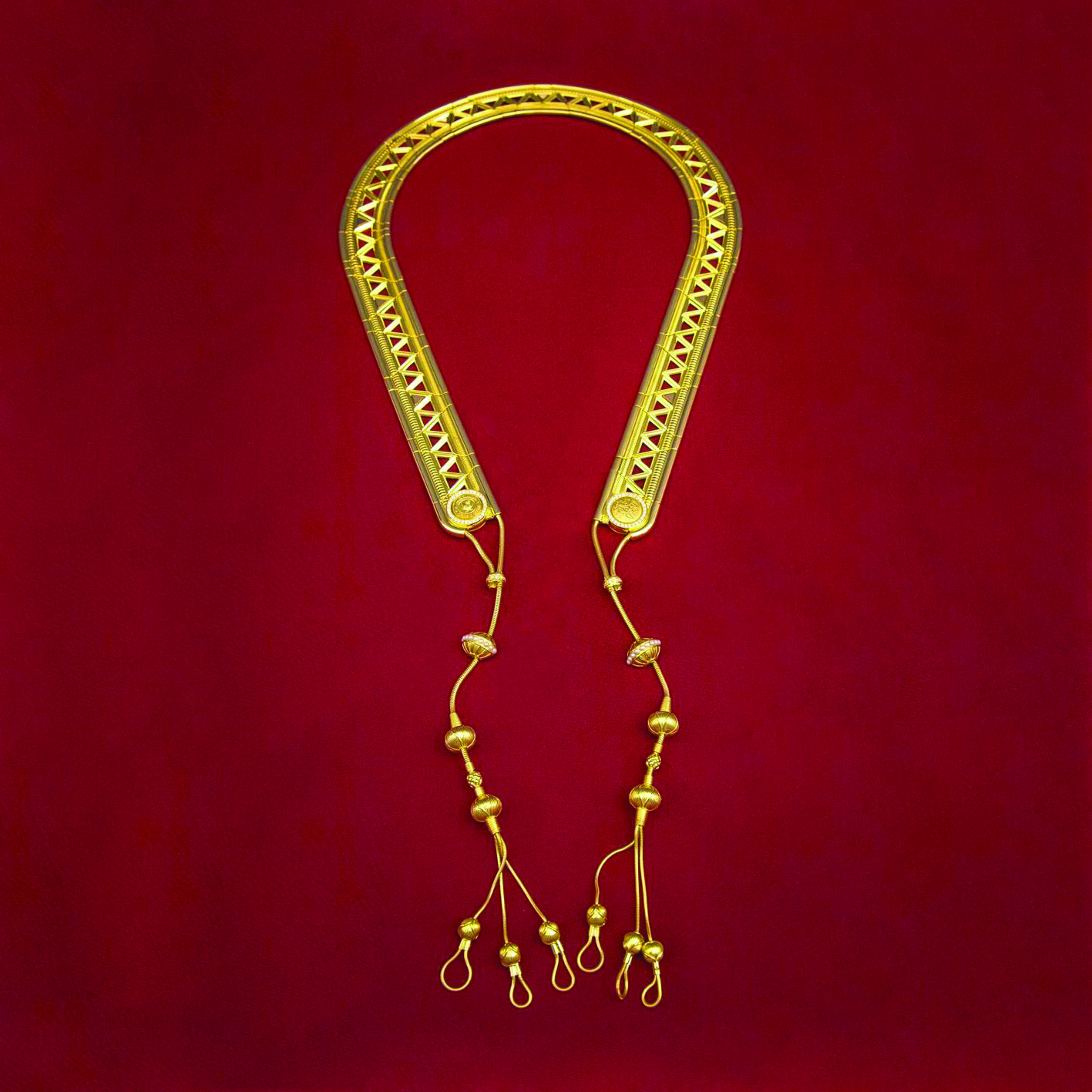 It may be granted to others in recognition of their valuable actions rendered to the State or to humanity.

It’s made of 18ct yellow gold, and consists of two circles, with edges studded with diamonds. The emblem of the State of Qatar is engraved on one circle, while the other bears the inscription: "Hamad bin Khalifa", in Arabic Thuluth calligraphy.

Its clip is adorned with pearl beads. It is modeled after traditional Qatari cloak (Bishit) embroidery.